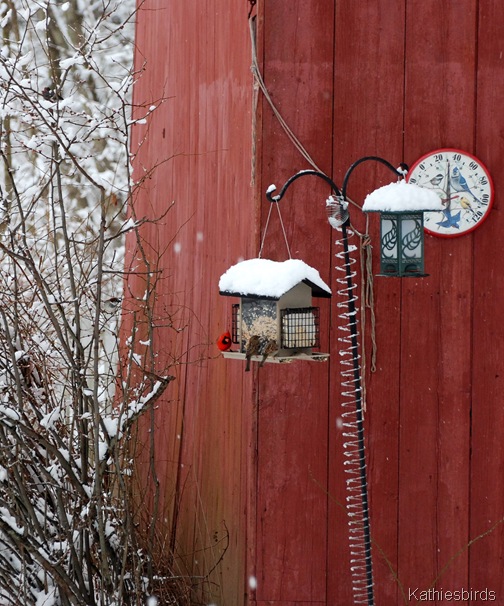 On the morning of February 24th I awoke to an unexpected snowfall. While the forecast from the previous night predicted rain and sleet, Mother Nature had her own ideas and decided to paint the town white! We have had very little snow in Andover, MA this winter, but on the 24th I happened to be in Colchester, CT visiting my mother. I intended to leave this morning, but had to delay my exit for a couple of hours to give the roads time to be cleared and the temperature to rise. In the meantime, I enjoyed myself watching bird of course! The funny thing was, there was not a speck of snow on the ground once I got north of Plainfield, CT! So, once again, no snow in Andover! I’m not complaining however! Please enjoy the birds and the snowy winter scenes! 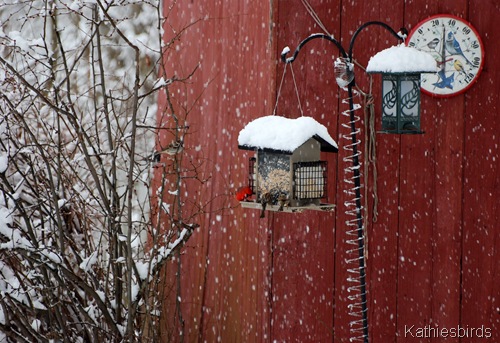 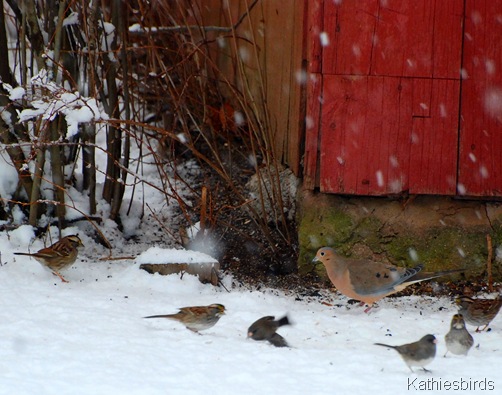 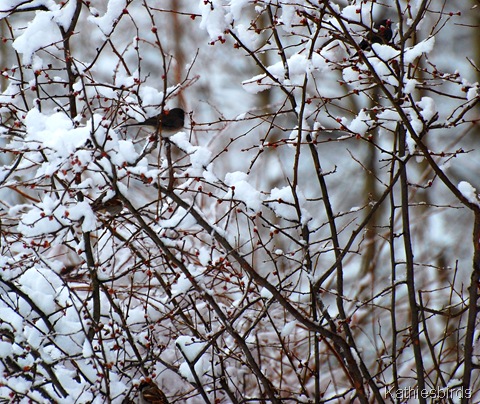 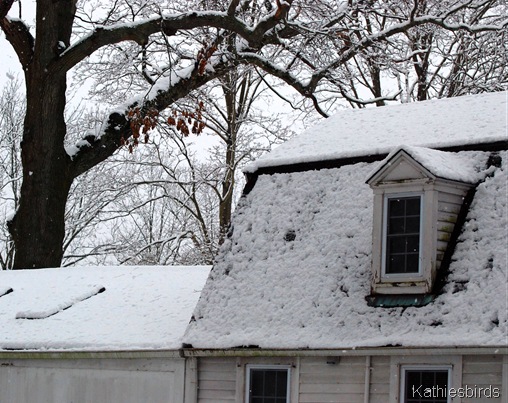 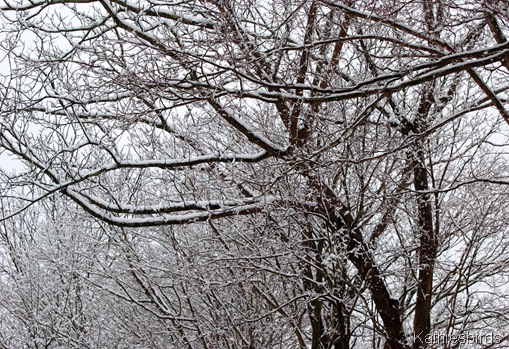 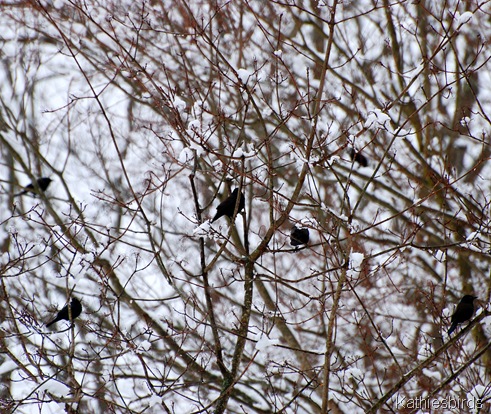 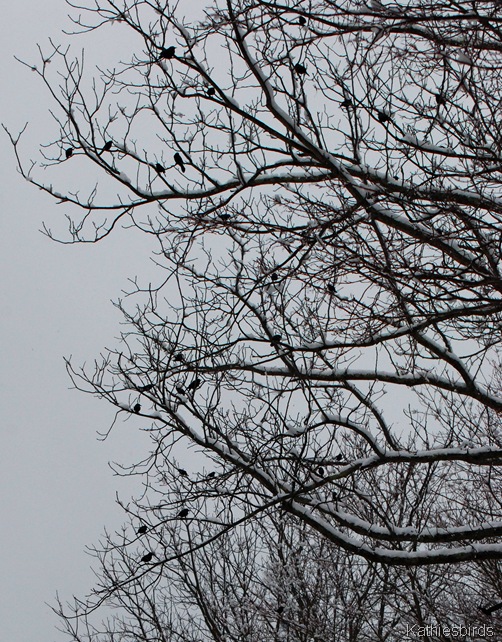 Back here in Andover the birds have been few and far between since the Cooper’s Hawk went hunting in my yard. I had not seen any House sparrows for the past 2 days until I found one huddled on my windowsill this afternoon. I have not seen any gray squirrels until yesterday when I saw one in the afternoon. Shortly after it appeared so did the Red-tailed Hawk and the gray squirrel quickly made itself scarce again. However, there were two back out there this morning. Over the weekend we had high gusty winds and on Saturday we lost power twice. While the wind has abated since then, it continued for the next two days. Now it looks like we could be in for our own winter storm starting tonight. Happy Bird Watching!

Update: At approximately 1:30 PM the snow started falling in fine, wet granules. So far it is not collecting on the ground or the roads but it won’t be long until we are covered in a fine, white quilt. I think the hawk is still around somewhere for there are still very few birds at the feeders. Before the storm arrived I took a walk down to the bog to count birds. On my way there I saw my first grackles of the year here in Massachusetts. Once I arrived at the bog I also saw Red-winged Blackbirds. While there were only a couple of Canada Geese there today I was pleasantly surprised to find a pair of Hooded Mergansers and an American Black Duck paddling around with the mallards!