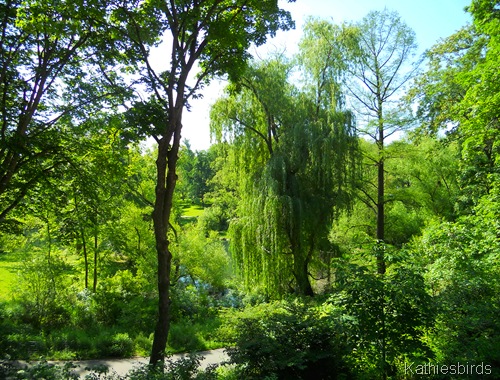 On the morning of May 19, 2012 my husband, my brother and I set out for the north end of Central park. after all the trips I’ve made to New York and all the times I have birded in Central Park I have never been to this section of the park. the south end of the Reservoir had been my northern boundary until now. So you can imagine that I was quite excited to see this part of the park. 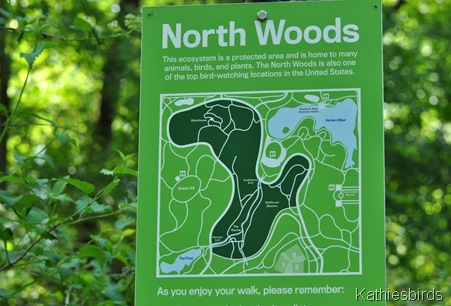 Just one look at this sign was enough to get my heart beating fast with excitement. Just look at all those trails and all that bird habitat! 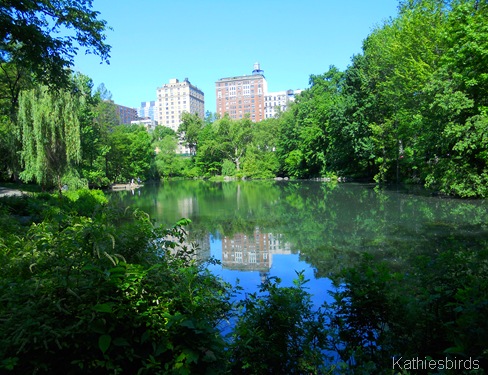 View across The Pool

However, we got a much later start than anticipated and coupled with the bright sunshine and the busy Saturday that it was the birds were few and far between for me. 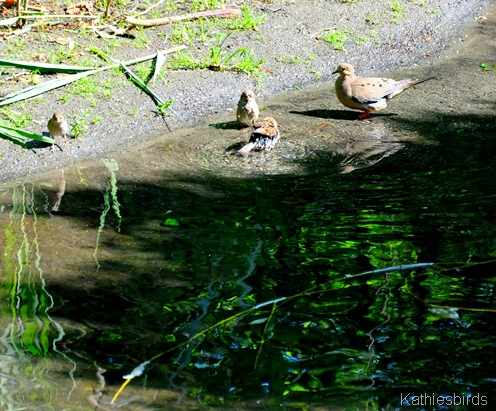 While we did find a few house sparrows and mourning doves bathing in the creek, 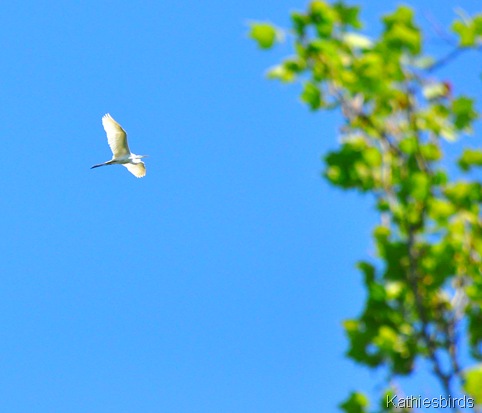 and I did find a great egret flying lazily through a cerulean sky, 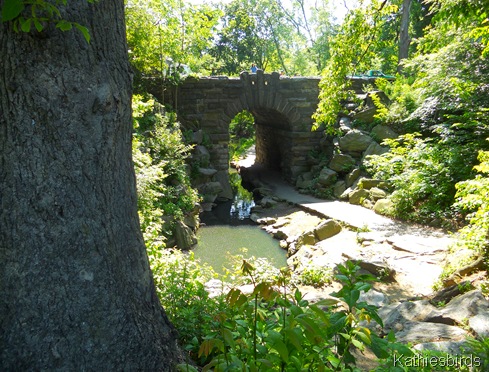 and this woodland trail down through the gorge looked promising, there were few birds, and none of them were the warblers I so desperately wanted to see and show the guys! 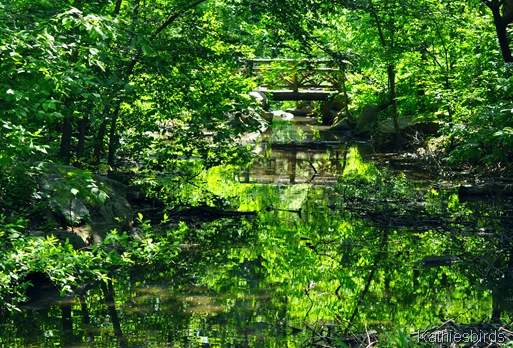 Though I loved the little creek with its wooden bridge, 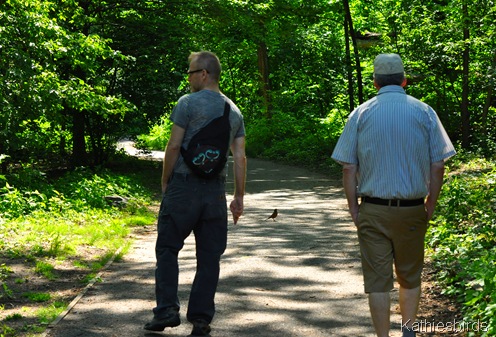 and though I lingered a bit behind the guys looking and listening, 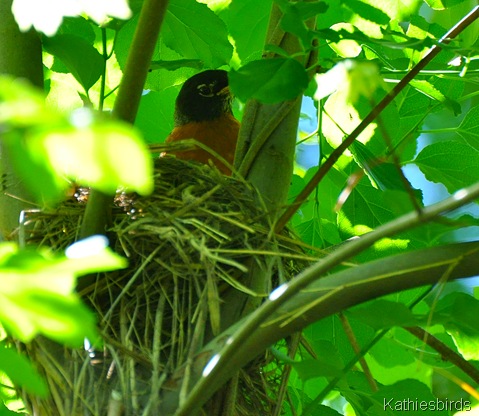 in the middle of the day as it was, I found little more than a robin in its nest. 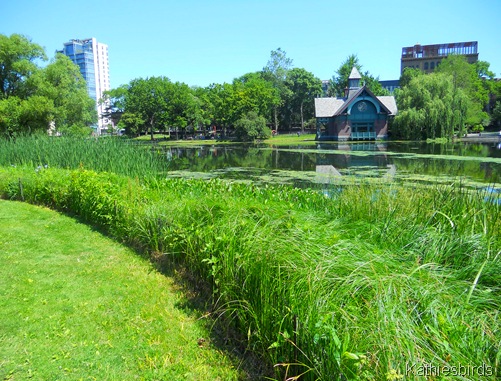 We emerged near the Harlem Meer where people were fishing from the pond and rows of bird watchers were perched on a bench waiting for …I don’t know what, and I didn't ask. I didn’t want to intrude though I am sure they would have told me if I had inquired. 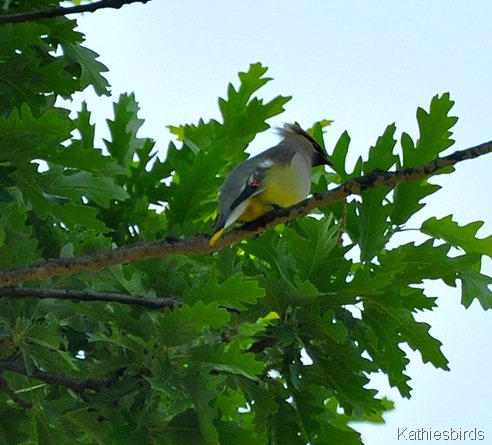 Cedar Waxwing near the pond at the Meer

However, their bench was in the shade of this oak tree and right above their heads a flock of cedar waxwings gathered in the dense green leaves. 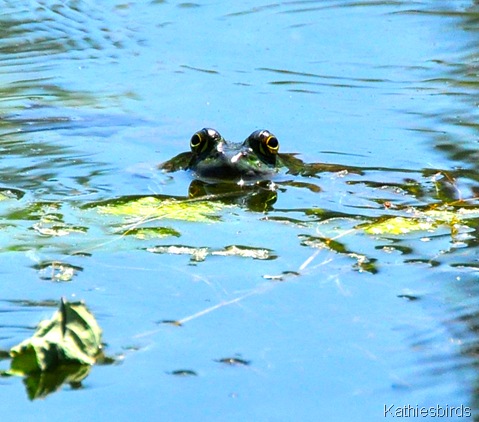 As we followed the path along the pond I found a large pair of eyes keeping track of me! 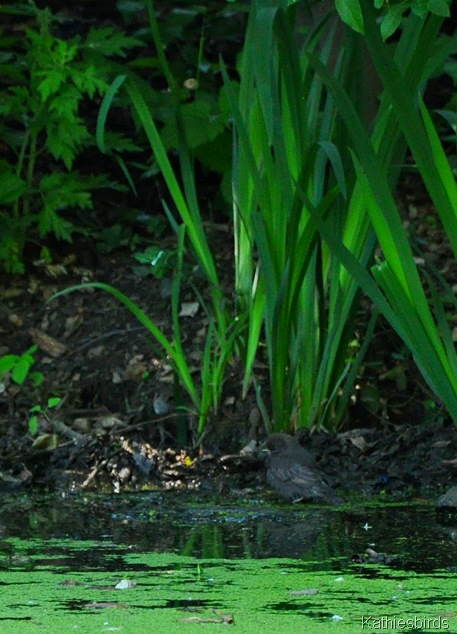 As we neared the marshy end of the pond near the Central Park Conservatory Garden I spotted a little bird in the shade of the reeds taking a bath. Can you see it in the picture? Look closely, it is a baby starling! 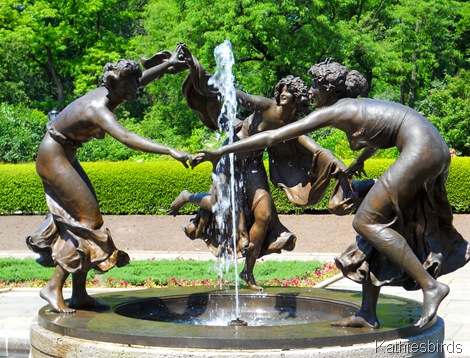 Still, all was not lost. This lovely day had me dancing with joy at this beautiful place. I was glad to see this end of the park which left me wanting more, but next time I will get up earlier! 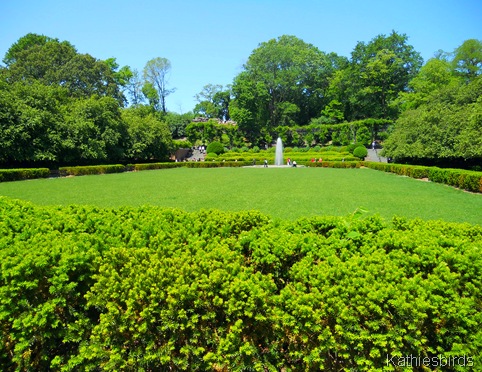 Birds seen today at the North End of Central Park in all Habitats:

Note: We entered Central Park North on the West side at around 100th street. I started counting birds around 10:00 AM EST at The Pool and we walked diagonally across the park through the ravine emerging at the Harlem Meer and exiting near the Conservatory Gardens. My last bird count was entered at 11:20 AM. We went and ate a late breakfast after this. New York City was sunshiny and bustling with life today!