A Funny Thing Happened on the Way to the Sea 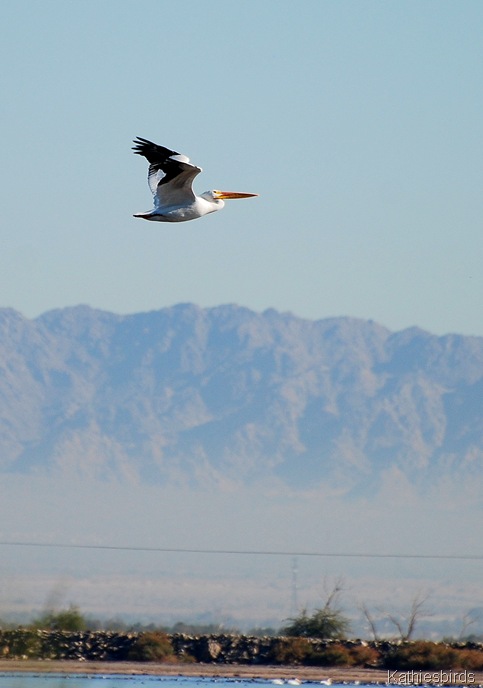 which I am going to finish up in the next few days! 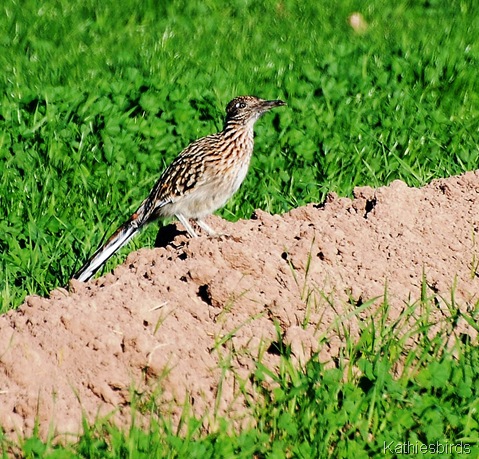 Roadrunner in agricultural fields near the Salton Sea 11-23-12

Back in November Gus and I took a trip to the Salton Sea. We arrived on Thanksgiving Day and spent the evening trying to find our way to the sea. While we found many birds in the agricultural fields we were not able to get to the sea that evening. So, after doing some research on the internet that night after we were back at the hotel, I was prepared to find the sea the next day. We started at the south east side of the sea and finally got to some open water. Yet, while we saw a few birds and many gulls, we were not seeing the myriads we had heard of. 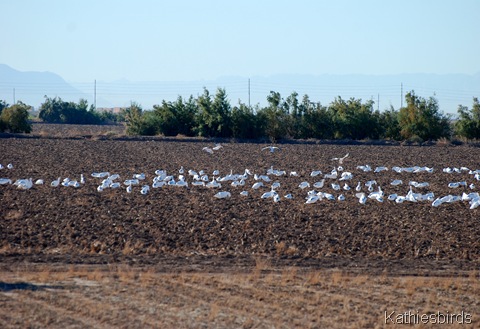 As we drove from one birding hotspot to the next we passed many agricultural fields full of birds. When we stopped to photograph a field full of cattle egrets and curlews a park ranger stopped to talk to us. He said there was a newly irrigated field just up the road that had a flock of snow geese in it. So, after the excitement of watching a Peregrine Falcon buzz the cattle egrets, I jumped back in the car and we headed for the dirt road the ranger suggested. As we drove down the road we saw a few geese in a field to the north, but none close enough to photograph. So we drove on. By now Gus had giving up on keeping his new black Camaro convertible clean. We passed a roadrunner in one field, then stopped the car when I saw a field full of what appeared to be snow geese, yet something wasn’t quite right. A few of the geese kept flying in circles as if their necks were caught on a wire. As I pulled up my binoculars to verify what I was seeing I started to laugh. These weren’t real geese, they were decoys! 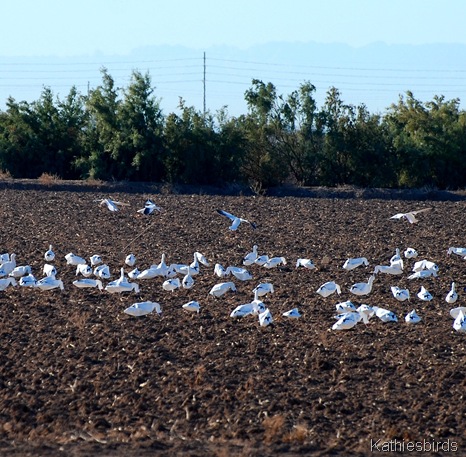 As I got out of the car to photograph the birds I couldn’t help but think to myself, that if these decoys couldn’t fool me, they certainly couldn’t fool the birds! I based this information on the fact that there was a flock of snow geese right up the street on the opposite side of the road! Then, this is when the really funny thing happened. I was standing in front of the car by now and, as I raised my camera to take a shot of the fake geese suddenly three men in camouflage jumped up from in their midst yelling and waving their hands! Apparently they thought I had a gun and they didn’t want to get shot! They were too far away for me to talk to them so I put my camera down and got into my car but if they only knew what I was really up to! Gus and I laughed all the rest of the way to the end of the road that leads to the Obsidian Butte, another eBird Hotspot. 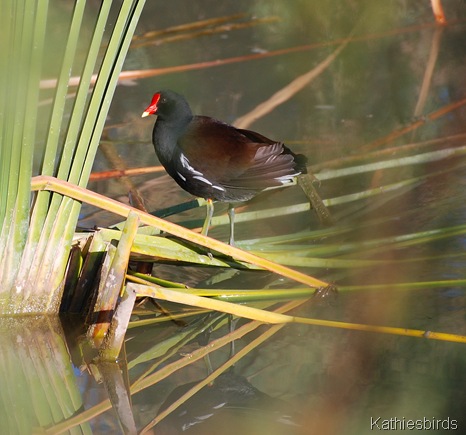 When we got near the butte the road wound its way through a small marshy area with pools of water. Here I found marsh type birds like Marsh Wrens, Common Moorhens, Black-crowned Night Herons, and even an American Bittern in the reeds! 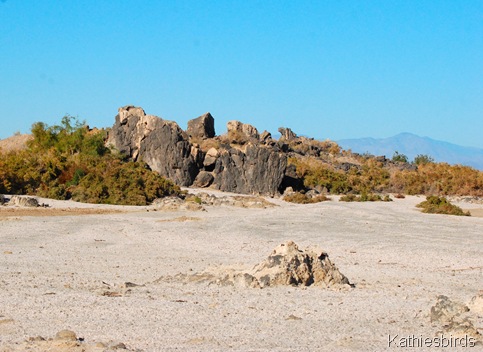 The road opened up to what almost looked like a gravel pit. There was even a piece of heavy equipment parked up an a gravelly hill. We turned right and followed the road down past some rocks where we could finally see the sea. Gus tried to drive around the loop back towards where we came from but the road was too rough for his car, so he pulled over and parked. I carried my new scope to the beach and started counting and scanning birds. There were many more at this location and some I just gave up on trying to identify, but I counted all the ones I could. 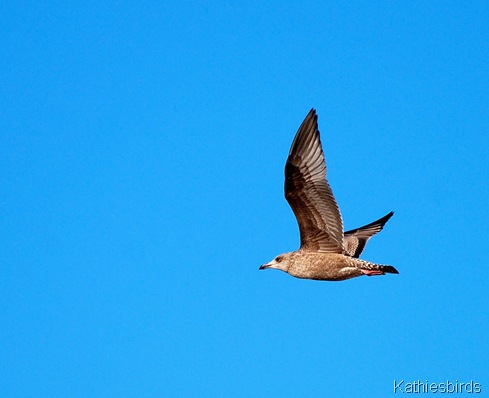 I was hoping this was a jaeger. It wasn’t. 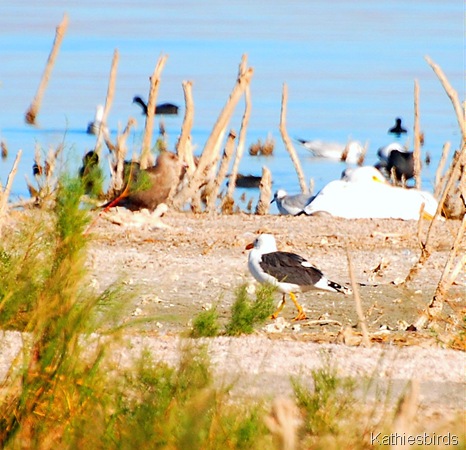 While there were dozens of gulls on the beach, I found this one that looked like a great-Black-backed gull, but wasn’t. It turned out to be the yellow-footed gull that everyone comes here to see! Can you say, “Life Bird?” Yes, it was a Life Bird for me, the first time I have ever seen this particular species! 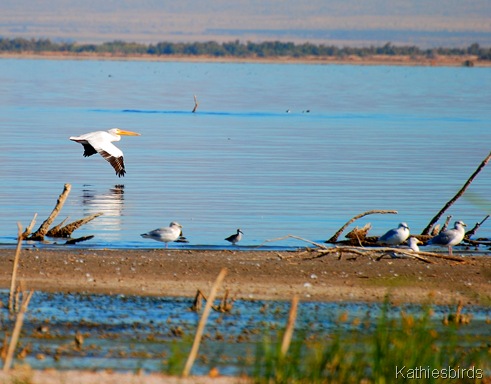 In the end I counted 34 species on this road alone with gulls, geese, pelicans and shorebirds, my list was growing by the moment! We spent an hour here, then headed for the visitor’s center. Inside we watched the video presentation and we talked to the park rangers. 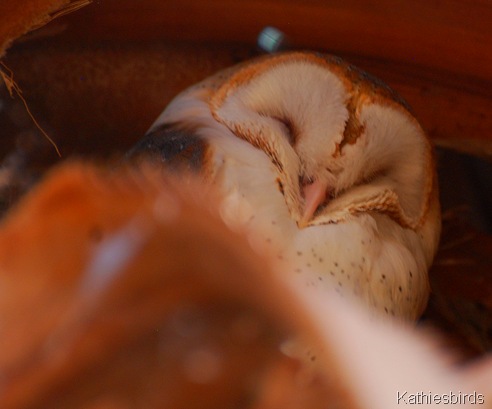 Outside one of the rangers showed me a barn owl up a palm tree! 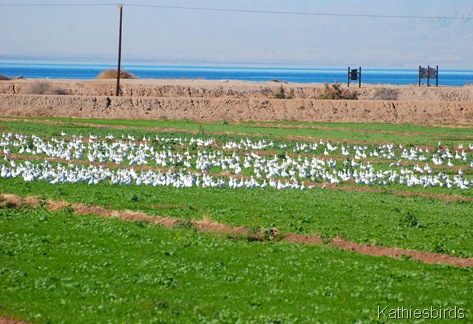 From the Visitor’s Center viewing platform we saw real Snow Geese, along with a few Ross’ Geese in the mix. I talked to another birding couple who were from the area. When I told them I was from Tucson they asked me if I had seen the Grooved-billed Ani in that was being reported at the time in Tucson! I told them I had not, but my friend had. They told me they knew other birders from California who were travelling to Tucson to see that bird! Wow, word travels fast and far in the birding community and those birders are more dedicated than I am. When I returned home I did try to find the Ani twice with my birding buddy, Chris Rohrer, but I never did get to see it. One morning I missed it by 5 minutes as Chris had it in sight but it was chased away by a Cooper’s Hawk before I could get there! Rats! 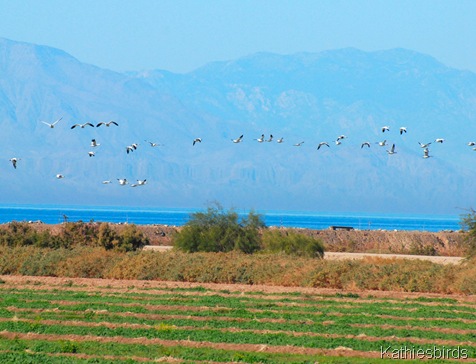 By now it was noontime and Gus and I were getting hungry, so we headed on down the road. I still had a long list of stops to make and we still had not gotten to the main Salton Sea Beach area! I wiggled with excitement in my seat. What would we see next!

Note: I have had a long and busy holiday season with all of my 4 children returning home at the same time for the first time in 10 years! It is hard to believe it has been that long, but with our youngest away at the wars in Iraq and Afghanistan it has made it very hard for us to all get together. This Christmas it finally happened and we had such a great time! Then, one by one the kids all left, with the last ones leaving just this past Tuesday! It was hard to let them go and it is my hope that one day we will all live near each other, but for now I have to content myself with one child and grandchild nearby and I will see the others whenever I can. It has helped to distract me by doing another Big January with Chris Rohrer. We have been all over and counted birds everywhere. Sometimes we are together and sometimes we are on our own. Chris is more obsessive than even I am, so he has blown my previous Big January Records right out of the water with over 125 species so far! I am currently at 104 species. As I mentioned above, I hope to finally finish the Salton Sea stores so I can get up to real time blogging again. I have so many pictures to offload and sort through, but hopefully this week of cold weather will allow me some time to do just that!

Happy Birding Everyone! I hope you all are having a wonderful start to your New Year!