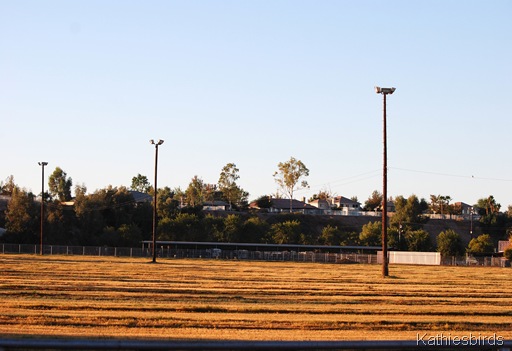 On the morning of November 24 last Thanksgiving Gus and I checked out of our hotel in the Imperial Valley of California and prepared to leave town. But before we left we made one last stop at the town park. I saw it was an eBird Hotspot on the eBird map of that location. We arrived just before 7 a.m. and I was so glad that I came. It turned out that this was the only location where I spotted Gambel’s Quail and Gila Woodpeckers! They were the last 2 species I added to my California Life List! Most of the Gila Woodpeckers and some of the Northern Mockingbirds were hanging out in these palm trees that lined the park. 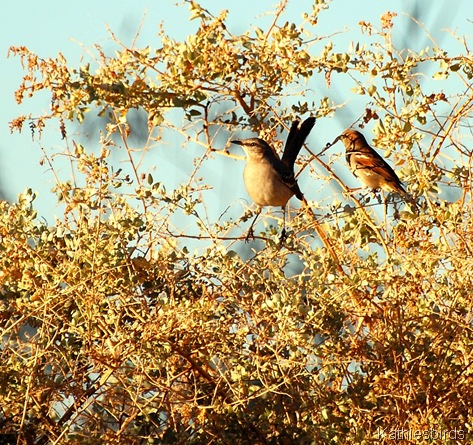 I found a mockingbird and a house sparrow in some thick bushes near the edge of the park. 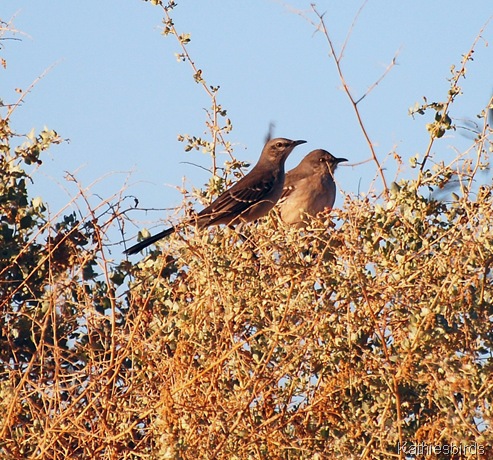 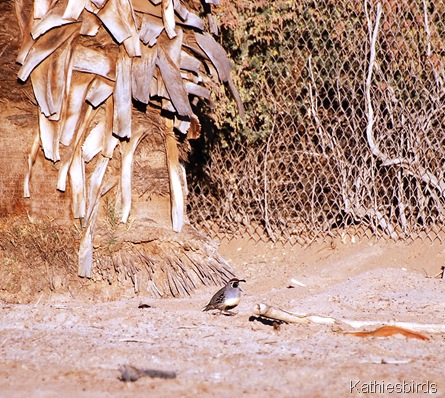 A small Flock of Gambel’s Quail were in the same corner of the park.

They actually came leaping down out of the palm trees! 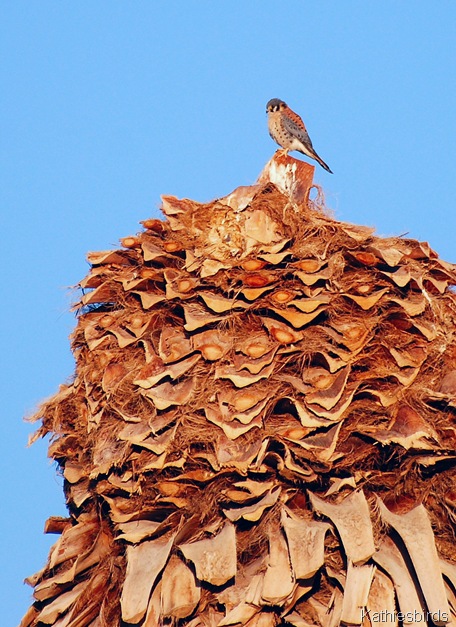 On top of a tree an American Kestrel perched. 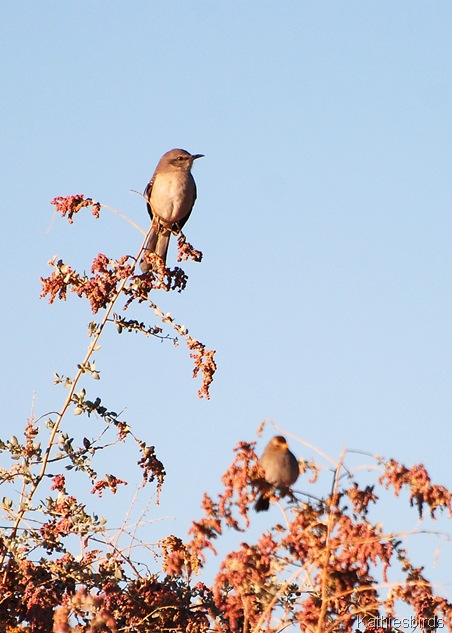 Hiding in the same bushes behind the mockingbird was a White-Crowned Sparrow! 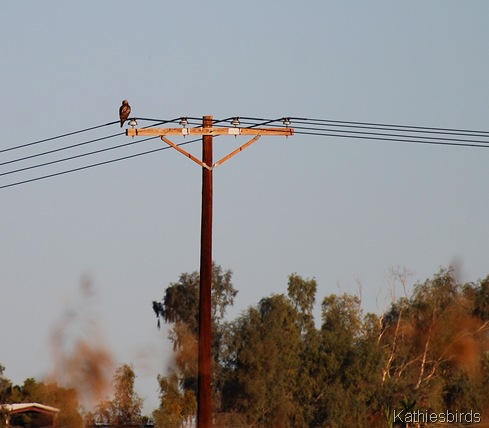 And far off in the distance a Red-tailed Hawk surveyed the world. 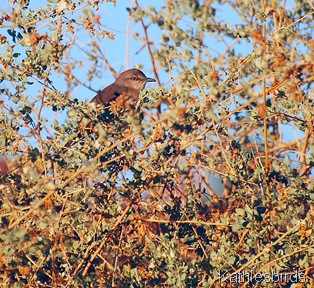 I counted 12 Northern Mockingbirds in all.

We drove away from the Imperial Valley after this and with the addition of the Gila Woodpecker and the Gambel’s Quail it brought my California Life List up to 74 species! Not bad for a 48 hour trip! I am sure it could have been much higher if I could have identified all the shore birds and gulls I was seeing!

Note: Things are finally starting to get back to normal around here. I will post an update tomorrow. Suffice it to say that it was a stressful week and I still went out birding on Sunday with Chris Rohrer and Rich Hoyer in the Santa Cruz Flats! They reminded me of the Salton Sea area without the sea! Lots of agricultural fields and flatland surrounded by mountains. We even saw abandoned and decrepit buildings, though not in the same quantity as the Salton Sea area. We did see a lot of bird species and my Big January List soared! I also added 3 species to my life list! There is so much to tell and barring any more crises I should be able to get caught up this week!