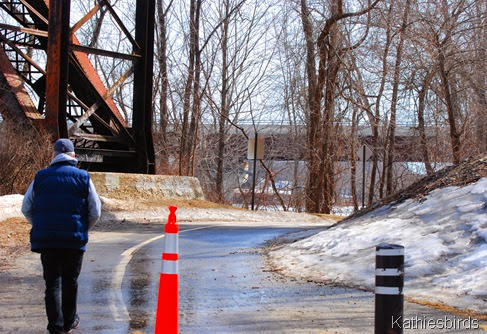 My husband walking on the Androscoggin River Trail 3-29-2014

Ever since we moved to Brunswick I have seen the Androscoggin River Bicycle Path alongside Route 1 between Bath and Brunswick. I would see people running and families walking and people with dogs and ducks in the river. Though I could see the trail from the highway, I did not know how to get onto it. I looked it up on eBird and discovered it was an eBird Hotspot but I had to consult the maps and the Town of Brunswick web page to find out where to park and access the site. On Saturday, March 29th it was such a nice day that Gus and I got into his Camaro convertible and drove into town. We found the parking lot at the end of Water Street in Brunswick and parked the car. It was nearly 50 degrees and even as we started out we saw people in T-shirts and some in shorts. Everyone was tired of the snow and cold, it seems, but some of these people were braver than we were! Gus wanted to get a good walk in, so he took off ahead of me, giving me the leisure to watch birds at my own pace. I only made it about half of the 2 1/2 mile distance while Gus walked the whole thing from end to end. We both had a good time, though I did not see as many birds as I had hoped. I believe this was due to the time we started (which was at 11:00 a.m.) and the large number of people and dogs along the trail! Still, I had a great time and it felt so good to be outside! Below are just a few of the scenes and the birds I saw on this walk. 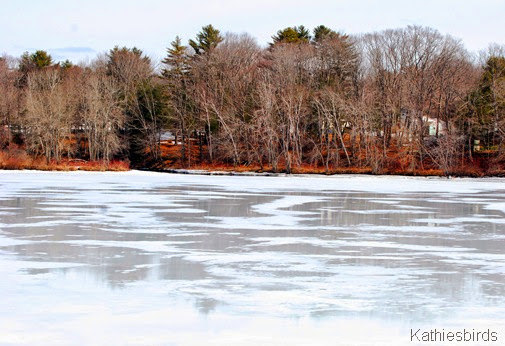 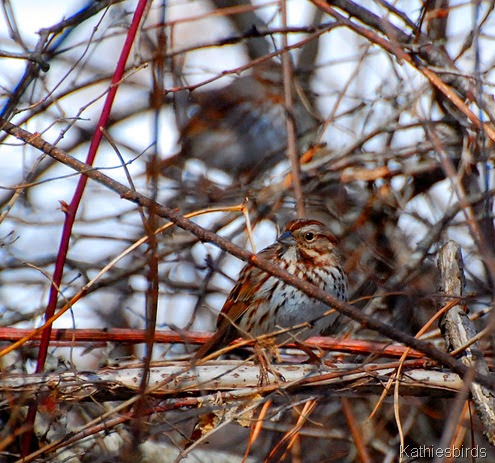 Song Sparrows along the Androscoggin Riverwalk 3-29-2014 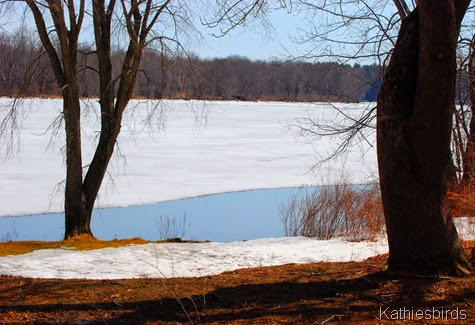 View through the trees of the frozen but melting Androscoggin River. 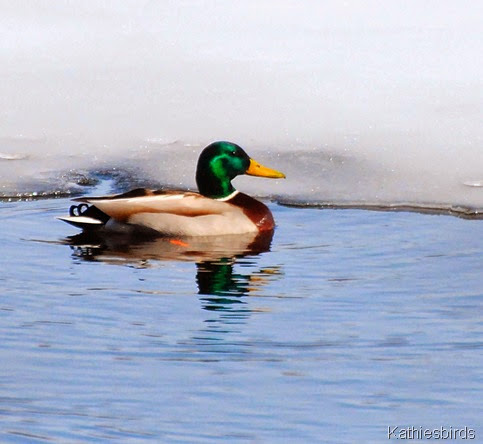 Mallard Drake in the Androscoggin River 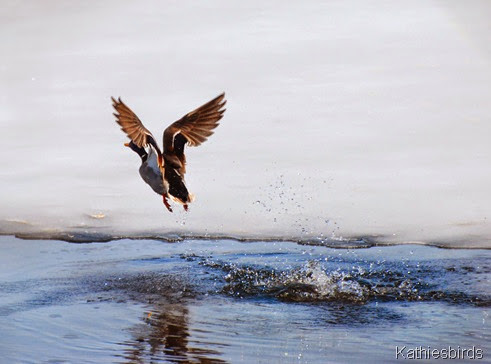 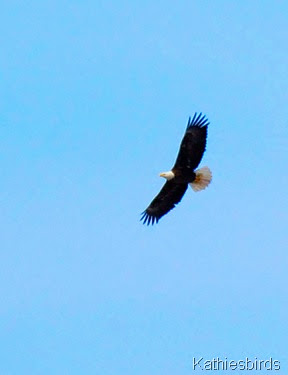 I saw a few Bald Eagles 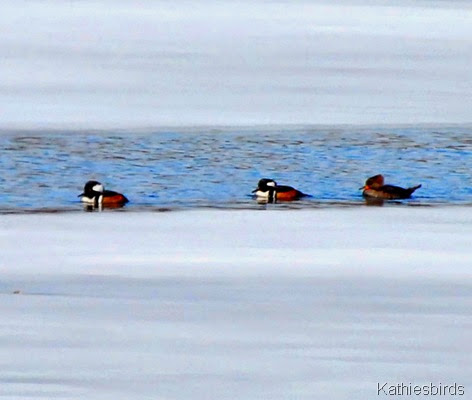 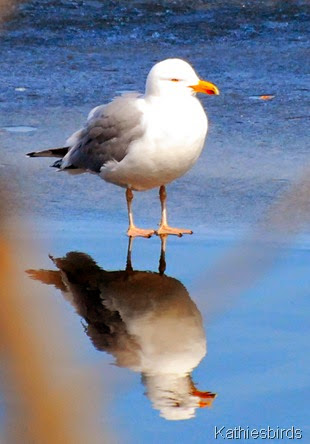 Gus met me on his way back and I turned and we walked back together until I got distracted yet again by some birds I hadn’t seen yet on this walk. First I found the Hooded Mergansers in a melted part of the river, then, towards the end of the walk I found some Cedar waxwings in a tree by the restroom near the dog park. These were my First of the Year Cedar Waxwings here in Maine so I was thrilled to finally have them on my list! 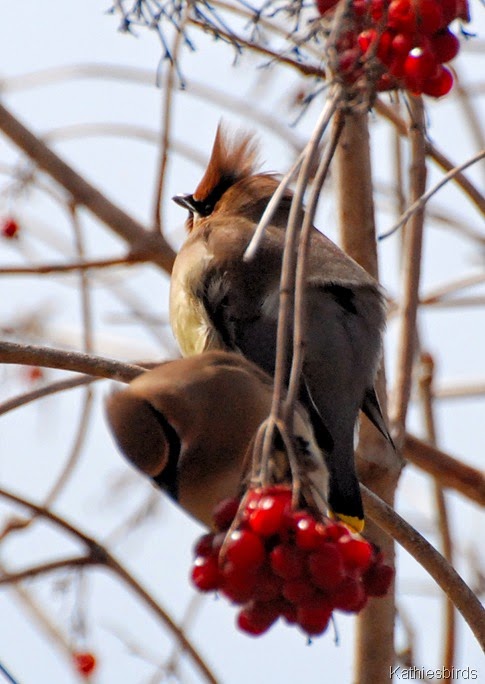 The River Walk is nice and I would like to try coming back here earlier in the day when there aren't quite so many people. I loved the views of the river but it was hard to ignore the constant roar of traffic which you can’t escape since the River Walk roughly parallels Route 1. I was here for just a little over 2 hours and traveled about 1 1/4 mile but only counted 11 species of birds. However, after checking on the info for this story I was surprised to learn that only 5 checklists have been submitted for this Hotspot and my list is the biggest, which isn’t saying much! I guess I need to bird here again just to improve the data! Click on the links below for more info.

With all the melting snow there was mud and puddles everywhere and I had to dodge them as I emerged from the trail to join Gus at the car. As I walked towards the parking lot I burst out laughing for my eager and optimistic husband had put the top down on the convertible and was listening to music while he waited for me. I should have known better! I got into my seat and put my little lap blanket on my lap and we drove off to do a few errands before going home. since we were only driving around town at speeds little over 35 mph, it wasn’t so bad after all and we had a good laugh together while getting lots of amazed looks and a few thumbs up as we drove along the streets. 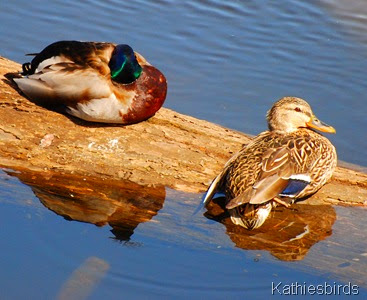