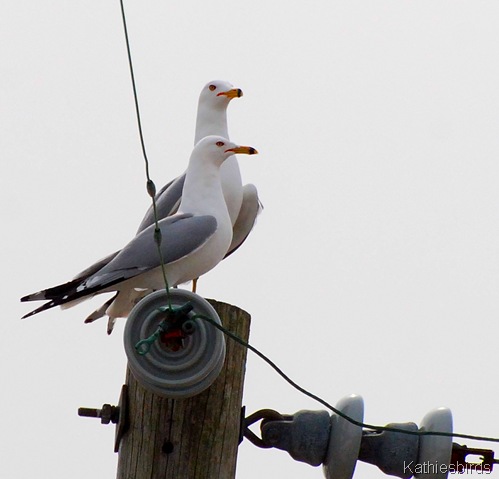 There are so many eBird Hotspots around here and I am trying to explore them all. Wharton Point is just about 5 miles from my house but I have only counted birds here twice. It is a popular place for people to stop and I don’t think I have ever been here alone. There is always someone parked here looking out at Maquoit Bay. I stopped here on March 23rd to count birds on a day shortly after the beginning of spring but it is quite clear that winter still had a firm grip on the bay and the land. 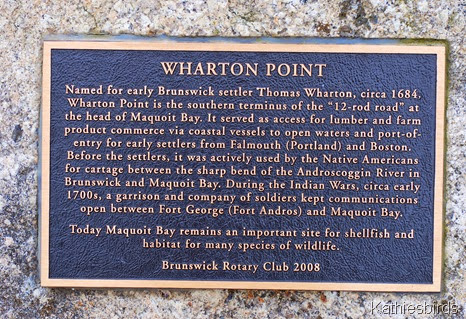 This historical plague is at the edge of the parking lot. 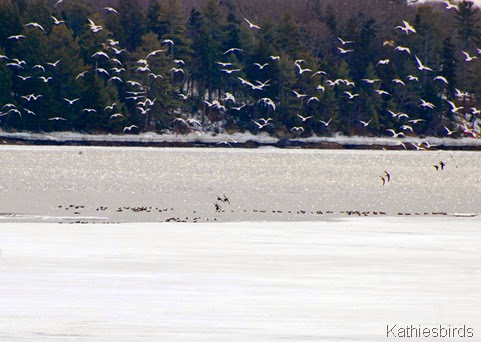 Far out in the bay beyond the ice shelf the gulls flew and the ducks swam. They were too far out for me to identify them all, which was very frustrating, because there were so many of them! Most of the gulls were Herring, and Ring-bills with a few Great Black-backed gulls thrown in. Some of them flew close enough to I.D. Especially when someone in the parking lot threw them some scraps, which is how I got the top photo. 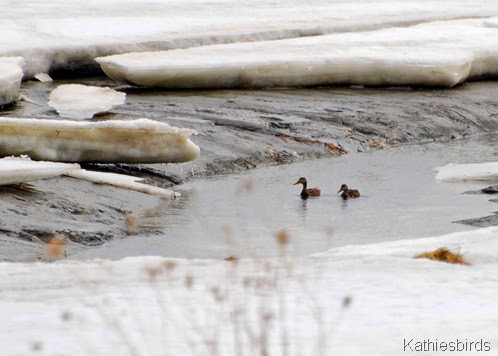 I was able to easily identify these two American Black Ducks in the marsh. 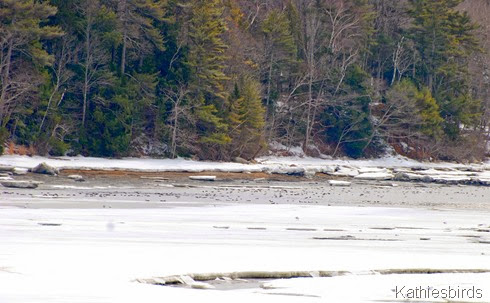 It’s amazing to think that each one of those tiny dark specks is a bird.

Since I was last here all the snow is melted. I drove here today before going into town for some errands. We had gray skies with high, gusty winds which made it even colder as the wind came in off the bay. I am learning the weather patterns of the coast and one thing I have learned already is that if we have an “onshore wind” it will be colder at the coast. If we have an “offshore wind,” it will be warmer at the coast. Today was definitely an onshore wind and I found myself changing from the light raincoat I was wearing to my fleece vest and warmer coat and gloves which I had brought along just in case. While the ice shelf and snow had all melted, there was fog on the bay making visibility poor, but I could still see well enough to notice that there were not nearly the same amount of gulls and ducks in the bay as there had been. But I did see a Great Blue Heron, which flew into the marsh and a Snowy Egret at the edge of the bay. The Snowy was my First of the Year here in Maine, so I was happy with that. 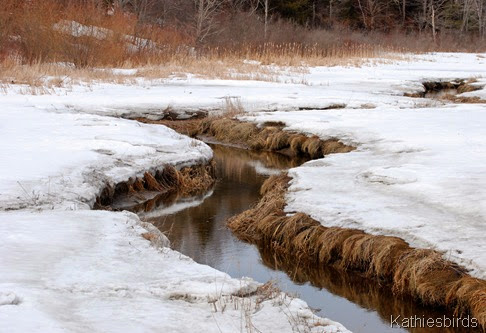 These are the birds I have seen so far at Wharton Point: 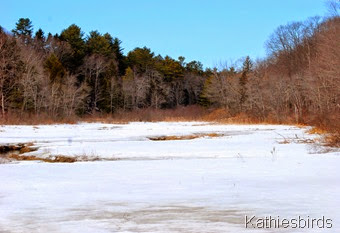