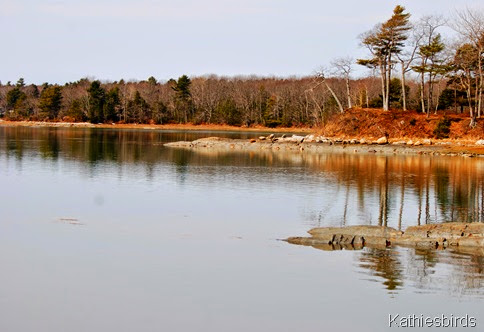 I had seen it on the map. I had driven by the road. Now it was time to see it for myself! So, on April 2nd, as snow continued to melt around me and farm fields flooded along the roads I took the drive to Simpson Point which in just about 5 miles from where I live. The road narrows down to a dirt cul-de-sac where you can barely turn around to park back up alongside the narrow road and beyond the No Parking signs at the end. It is a public access point to Middle Bay but the access is limited by the available parking. Still, on this day I had nothing to worry about as I was the only car down there! Before I even parked my car I started seeing ducks in the bay. I heard the funny croaking quacks of Buffleheads and I could see them swimming and diving as I got out of my car. I scanned the water through the trees, then walked back to the point of land that juts out into the bay. 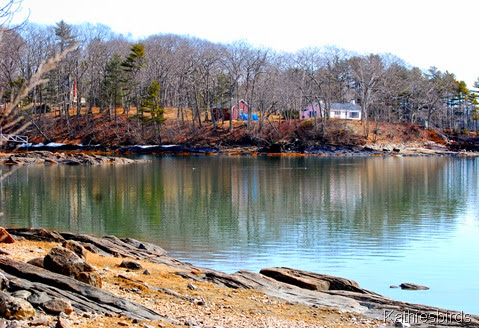 I stood there looking at the rocky coast and marveling at the water that was as smooth as glass. I am still trying to comprehend that I actually live here, this close to the ocean. This close to the shore. I am falling in love with the ocean and the Maine Coast and I do not think I ever want to leave it. Out in the bay there are plenty of small islands. 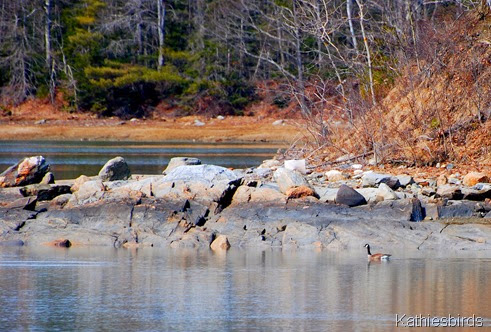 Near the shore I found a Canada Goose. 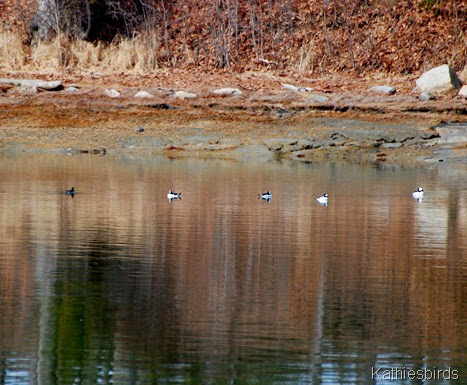 In the cove a few Buffleheads floated. 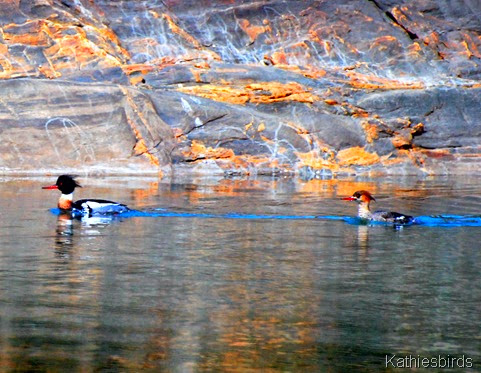 I watched while a pair of Red-breasted Mergansers paddled by. 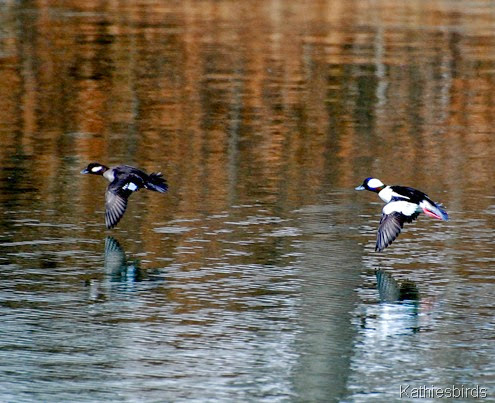 Then a pair of Buffleheads took flight, skimming along the surface before landing once again. I listened to the gentle lapping of water and looked skywards as a V of geese came winging overhead. 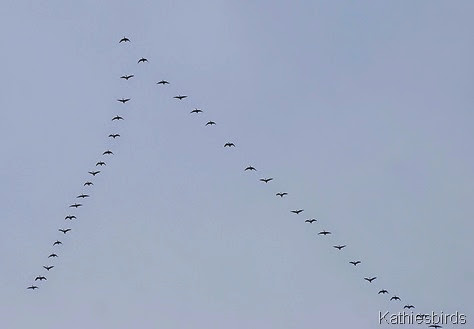 The classic V of Canada Geese in Flight over Simpson Point.

I liked this place so much that I just had to take Gus back here the next day. While is was a bit gray on April 2nd, it was bright and sunny on the evening of April 3rd.  The low light turned everything a shade of gold and the world seemed like such a magical place to be. 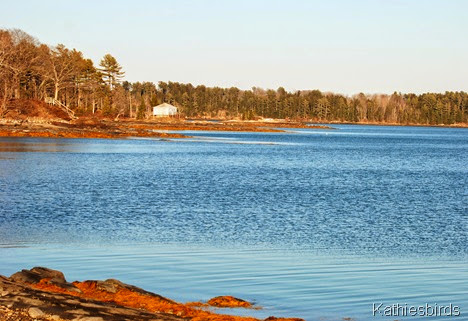 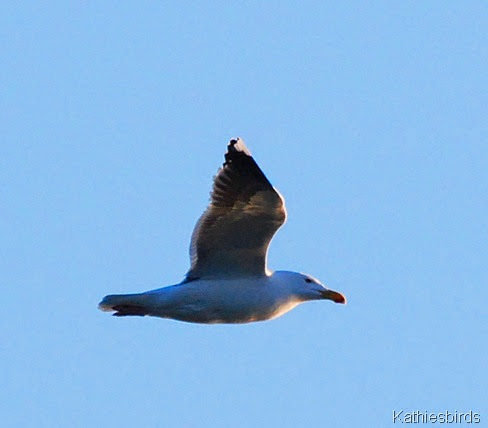 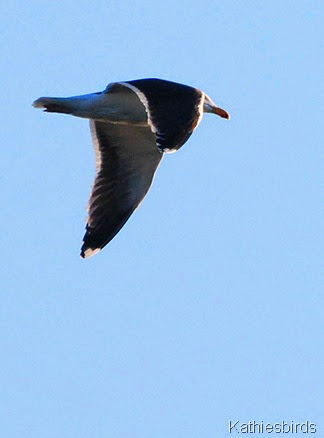 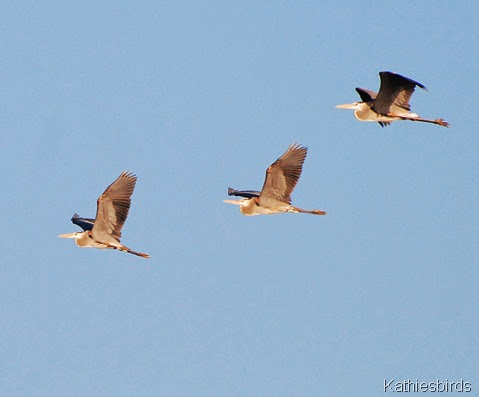 Three of the four Great Blue Herons that flew overhead on April 3, 2014.

So far I have only counted birds at Simpson’s Point twice but I certainly plan on going back again. Currently my count stands at 21 species of birds but according to eBird 119 species have been counted there so far and 174 checklists have been submitted as of this writing. You can learn more by clicking on the link below. 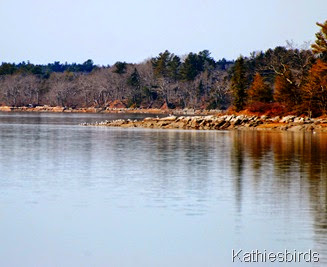