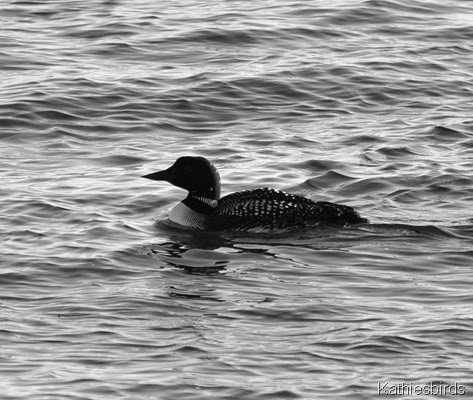 On March 29, 2015 I stopped by Salisbury Beach State Reservation in Massachusetts on my way home from dropping Gus off to get his new car in New Hampshire. It was my first time out of the state since my surgery in December and my dislocated shoulder in January. I was on my own and by myself and loving it! It had been so long since I have counted birds at Salisbury Beach! In fact, the last time I was here was on January 24, 2012! I was hoping to see a Northern Mockingbird here since I had not seen one yet this year and I often saw them alongside the road on my way in, but no luck today. 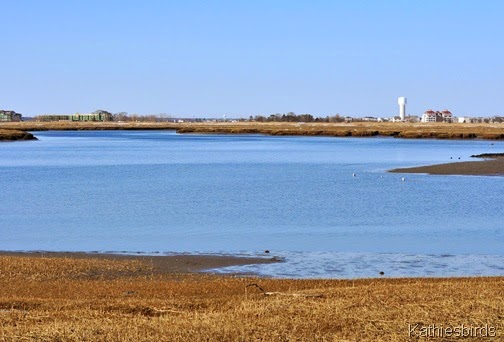 This place is so iconic that I thought I had been here several times, but in checking my records, I have only birded here 4 other times when I lived in Andover, MA! So, I was quite happy to be back today, though it was a bit cold and VERY windy! 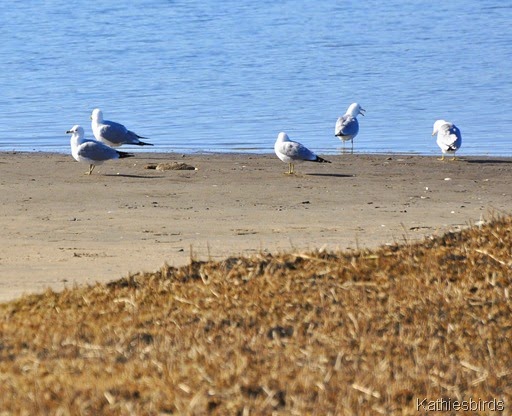 I started by watching birds down by the mouth of the river where the boat ramp is. The tide was out and some of the marsh was revealed as sand bars and mud flats. It was while I was standing here alongside my car with bins and camera in hand that a woman drove up to me and asked if I knew why so many people were walking out into the march with spotting scopes and cameras. I told her I didn’t know for sure but it might be because there was a snowy owl out there as they are often seen in this location. She looked at me like i was nuts and said, “No, I don’t think they would do that for an owl, it must be a fox or something!” Then she drove off. 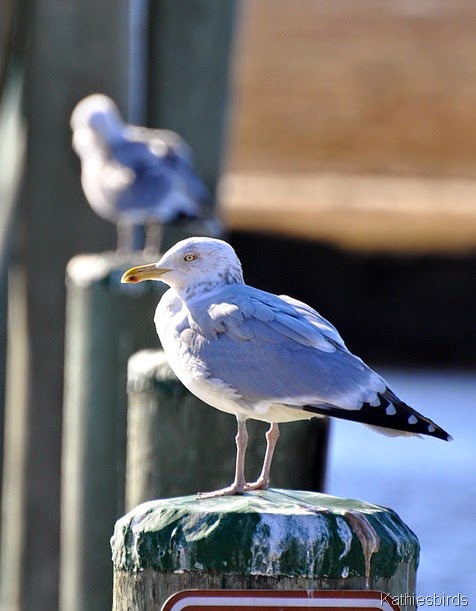 I took a photo of a Herring Gull on the pier, then continued on my way to the beach. As I rounded the bend near the backside of the restrooms I noticed a large gathering of people with cameras and spotting scopes all pointed at a tree right beside the road. When I looked up I saw what they were looking at, and it was what I expected. I found a spot to park and joined the birding paparazzi. I wondered if the woman who questioned me was among the onlookers gazing at this snowy owl! 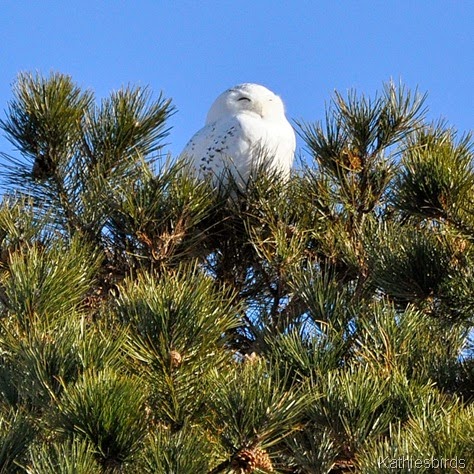 My First of the Year and the only Snowy Owl I have seen so far this year! 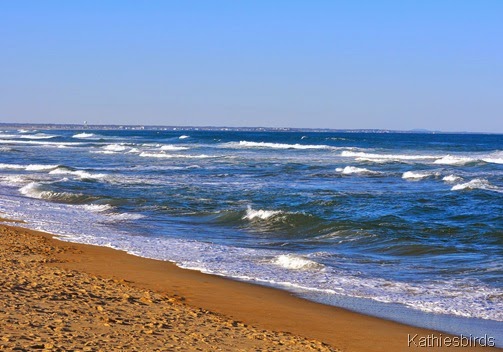 Down at the beach the waves rolled in, but there were no sandpipers. 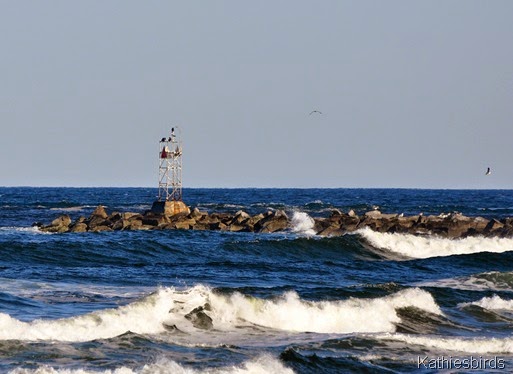 Great Cormorants gathered on this structure soaking up the sun. 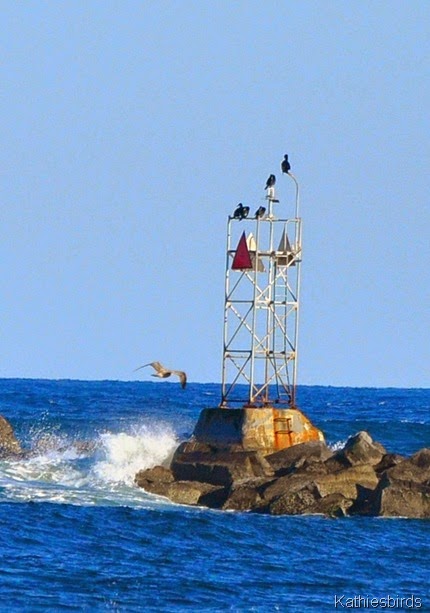 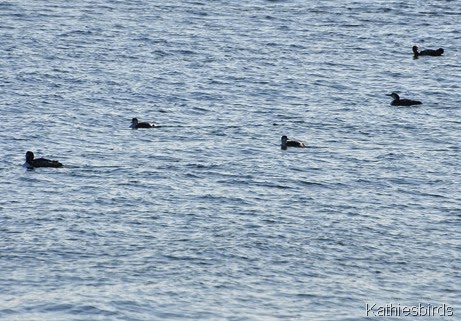 A family of loons drifted down the river mouth towards the open sea. 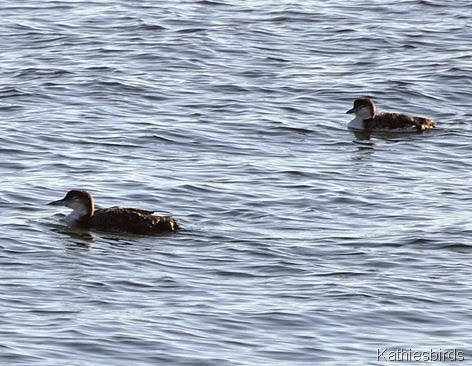 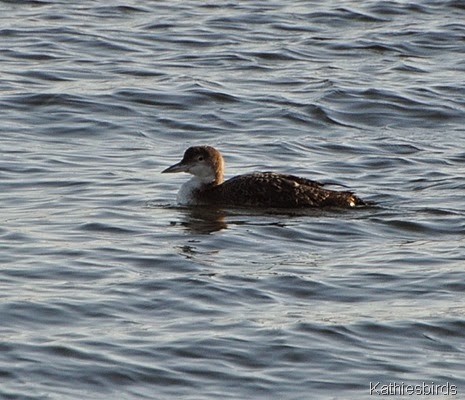 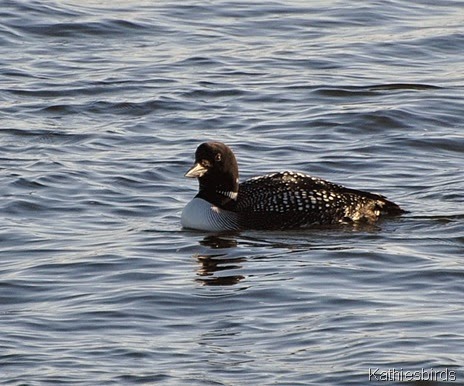 In the end I only counted 22 species of birds here on this day but I added 11 species to my Life List for this location for a total of 40 species I have seen here! I guess I need to come back more often!