Springtime at the Swamp 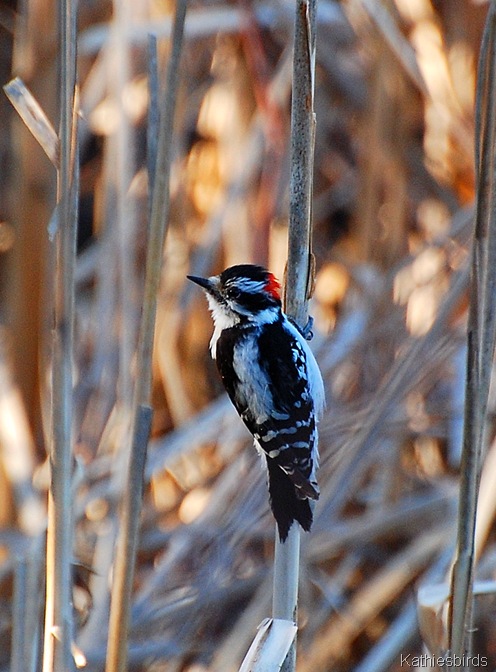 Since moving here last fall and discovering My New Heaven I have been busy counting birds at the Stirling Street Swamp which I previously and erroneously called a bog. I really didn’t think too much about it. I think I just liked the sound of “bog” better and it is much shorter to spell! After someone questioned me about the use of the word “bog” I did some research and have decided that “swamp” is the more accurate terminology so I will try to use it henceforth but to read all the posts about the swamp you will still have to click on the link for the word, “bog.” It would be too time consuming to go back and change them all. As part of an eBird Site Survey I try to go to the swamp at least once a week and count birds. 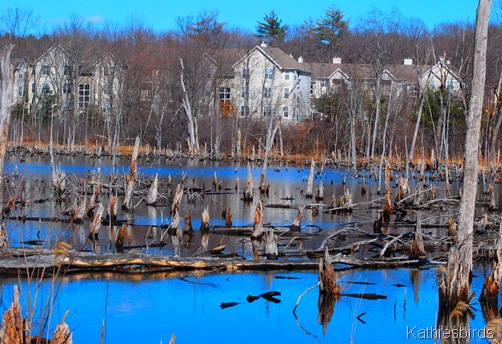 After a long and snowy winter the snow finally melted filling the swamp to capacity. In late March the bare trees stood out like silver bones in the blue water of the swamp. 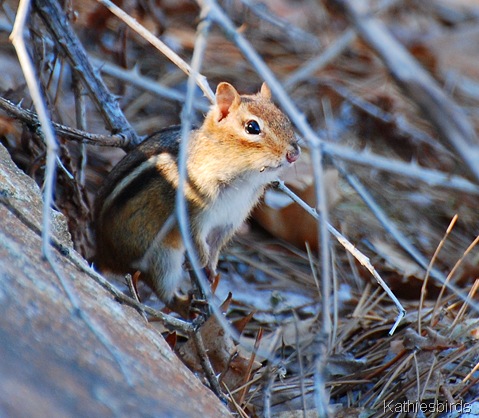 On the banks of the swamp little chipmunks scurried hunting for food after a long winter of hibernation. 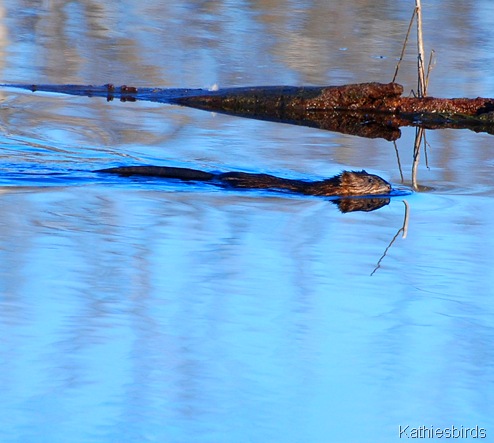 In the cool blue water the muskrats swim in slinky lines across the surface. 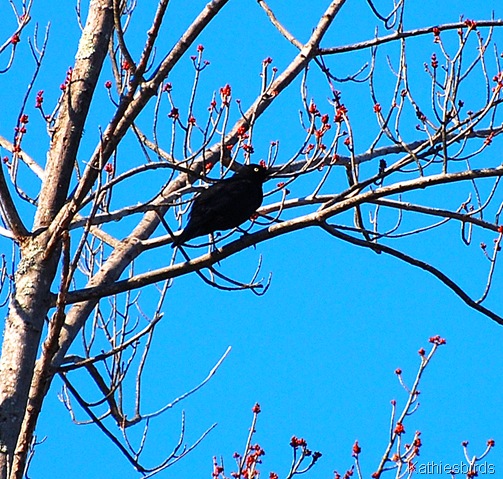 The white eye of a common grackle stands in stark contrast to its black face. The grackles started to arrive in late February. I saw 5 of them on March 30th. 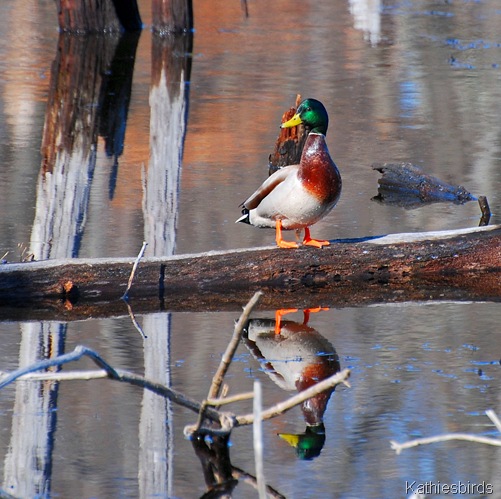 On February 17th I recorded 4 mallards flying overhead. On March 5th the swamp was still frozen but small puddles had begun to appear. On March 9th the snow had melted enough for me to step over the guardrails again and on March 18th I recorded that there was all open water! I also counted 5 mallards on that day. By March 29th I counted 15 and on March 30th when this photo was taken I recorded 9 Mallards in the swamp. 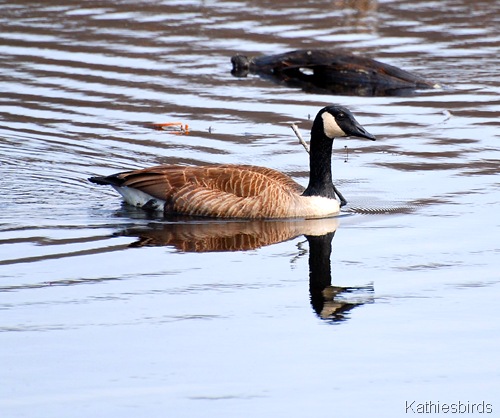 Of course, the Canada Geese were right there with them. Soon ducks and geese were pairing up and I saw numerous nesting sites established, but soon some of these disappeared as water levels dropped and the grasses started to grow. 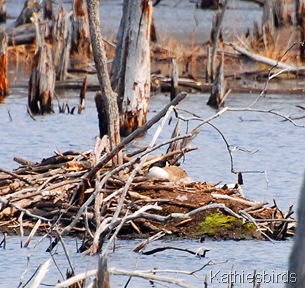 I kept my eye on this nesting site for a long time but do not know if it was successful. Located out near the deeper and flowing water, I thought it stood a chance but I never actually saw any goslings emerge from it. 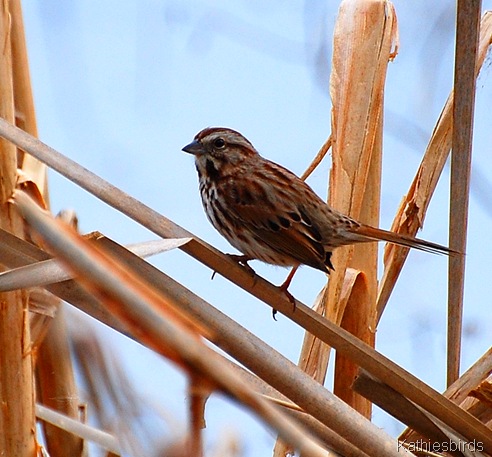 Song Sparrows are a reliable species to be seen here at the swamp. I have seen them all winter long but now they are starting to sing again. On this date I counted 4 of them. 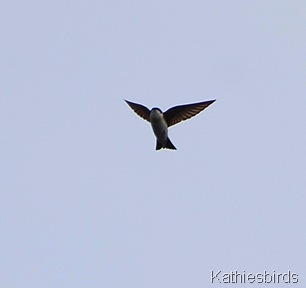 I saw my first Tree Swallows at the swamp on April 5th. Since then I have counted them on nearly every visit. From a low count of only 3 species on January 20th the species count swelled to 20 on April 11, 2011. 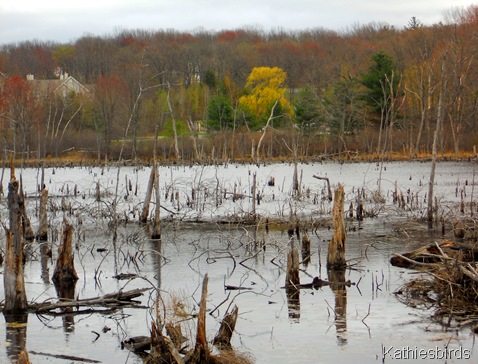 By the end of April the color started creeping up the hillsides with a blush of hope for the summer to follow.