A Peaceful End to my Big January 2013 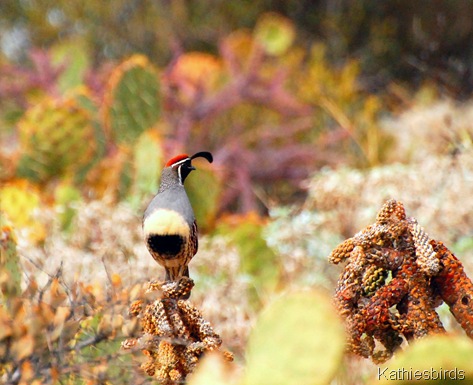 With Big January winding down I hit a few more places in the last few days. Some were with Chris Rohrer and other times I just went birding alone. Chris went chasing birds by himself also and was able to rack up far more species than I was. I was very happy for him and proud of him as well, since this was his first Big January ever! 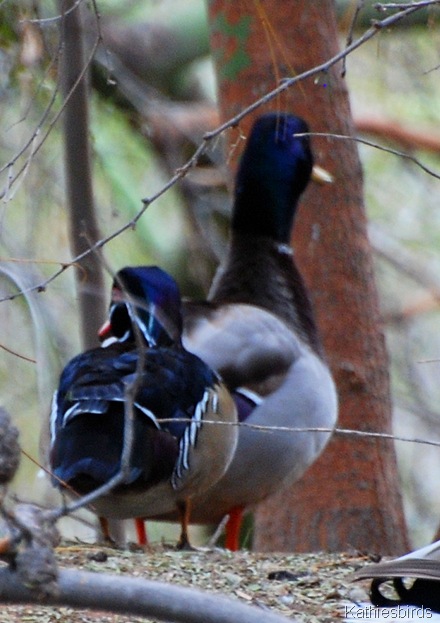 I met Chris after school one day at the Roger Road Wastewater Recharge Facility. A Yellow-throated Warbler had been spotted here on numerous occasions and Chris had already seen the bird himself. He wanted to help me find it but it was not to be seen on this day. Cloudy and overcast, all the birds were silent and hiding. We met two other birders who had been here for hours and they had not seen it either. We did find a male Wood Duck hiding on an island in the middle of one of the ponds.  Inca Doves were in the trees and a couple of Harris Hawks flew in as well. It was so dark, gray and gloomy that it was not the best lighting for photography. We were there for about an hour before we had to leave when the facility closed at 5 p.m.  However, since it is right across the street from Sweetwater, we decided to go over there. 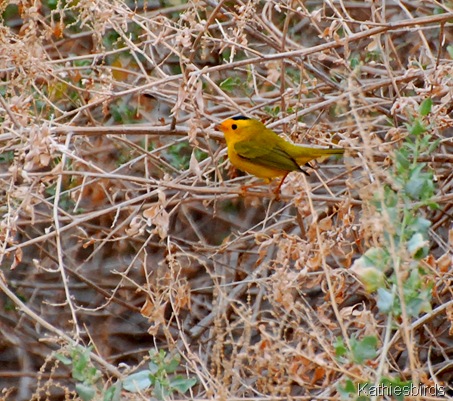 Well, here is where all the birds are! Oh My Goodness! They were literally popping out of the bushes like popcorn! Sparrows and warblers were everywhere! A Solitary Sandpiper waded in the stream. Chris and I stayed until dark and between Roger Road and Sweetwater I was able to add 4 more species to my Big January Bird List! 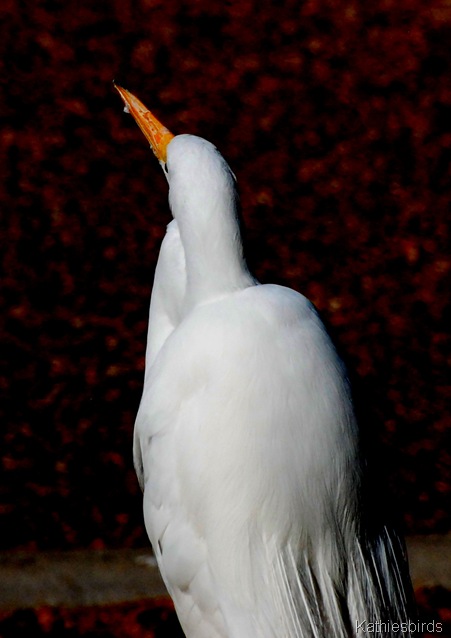 On January 30th Chris told me that swallows were being seen at Christopher Columbus Park on the Northwest side of town. Since he couldn’t get there until school was out, I decided to stop at Lakeside Park on the southeast side first and see what I could see. It was the middle of the afternoon and I did not go wandering around, but stayed near the east parking lot and counted birds there. I saw nothing new, but it was still fun. 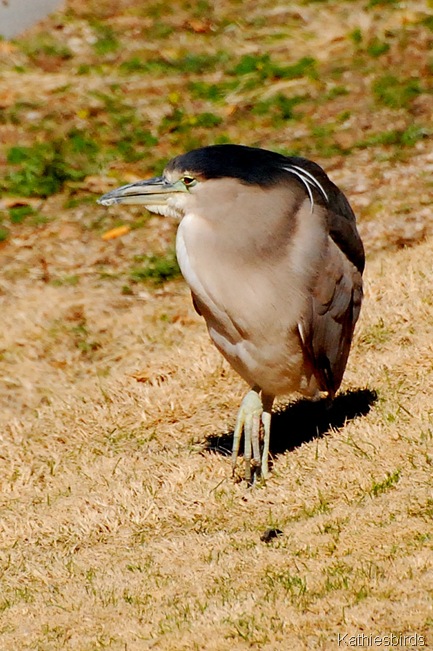 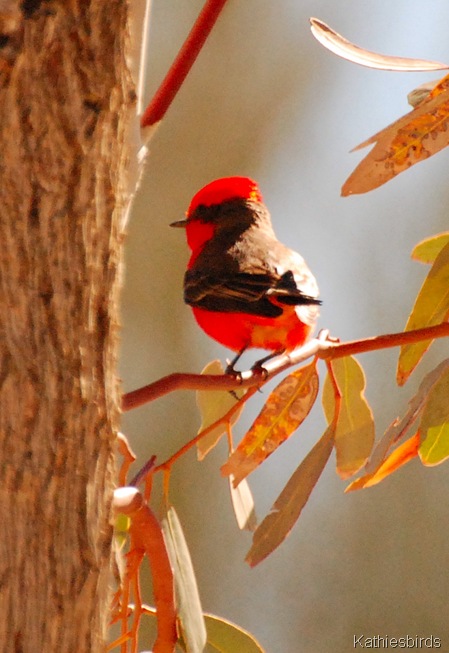 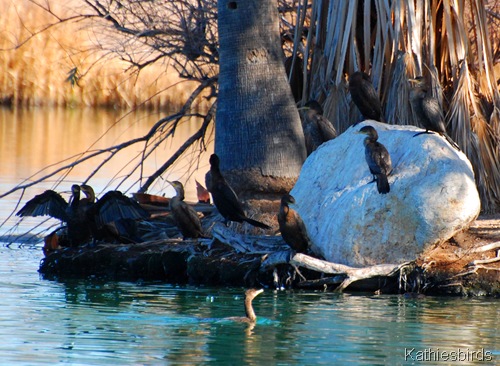 Chris met me at the park and we walked around the ponds looking for birds. We found cormorants and ducks, of course, as well as a Belted Kingfisher! 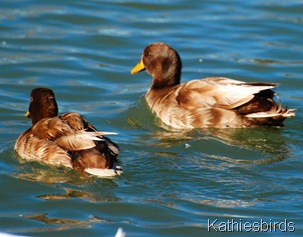 We tried to find the Common Goldeneyes that were reported and I was temporarily fooled by some domestic ducks which looked similar to female Goldeneyes but Chris kept asking, “Where are their golden eyes?” When we saw the ducks get out with some mallards to chase after people who were feeding them bread we knew they were domestic ducks and not wild Goldeneyes! What can I say? We were desperate and hopeful all at the same time! But in the end, reason ruled and we did not count these ducks! 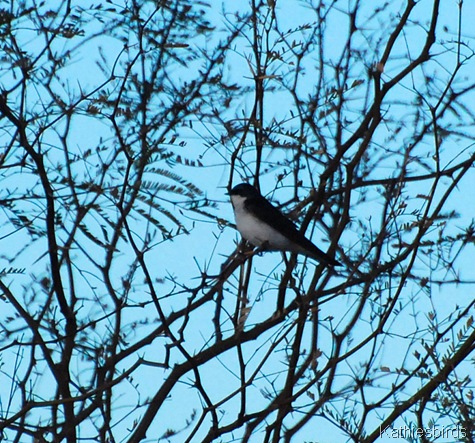 Tree Swallow in Mesquite tree along the Santa Cruz River

We did find the tree swallows swooping over the pond, and later we saw them along the river. A pair of Northern Rough-winged Swallows was with them and added to our Big January 2013 Bird Count! With the kingfisher we had seen earlier I added the last 3 species to my Big January 2013 Bird List (click on the link at the end of this post to see the entire list). 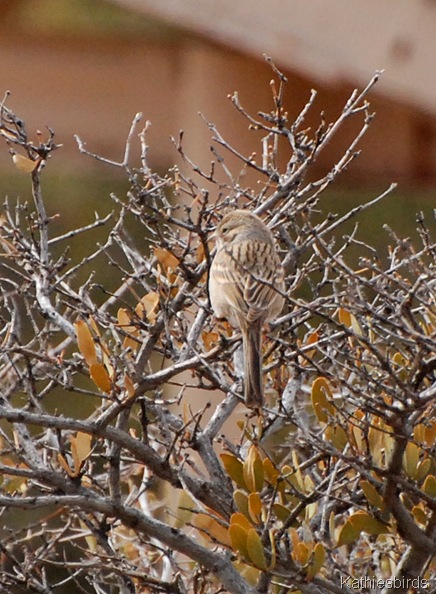 On the last day of January I wanted to be alone. I wanted to find a Canyon Towhee since I had not seen one anywhere all month! So, I drove over to the Rincon Unit on the east side. I brought my tea and notebook with me, along with my binoculars and camera. After parking the car I walked around the picnic area for about 30 minutes, then staked out a picnic table up on the hillside with a good view off to the east. I sat there and wrote and kept my eyes open for birds. Here is what I saw: 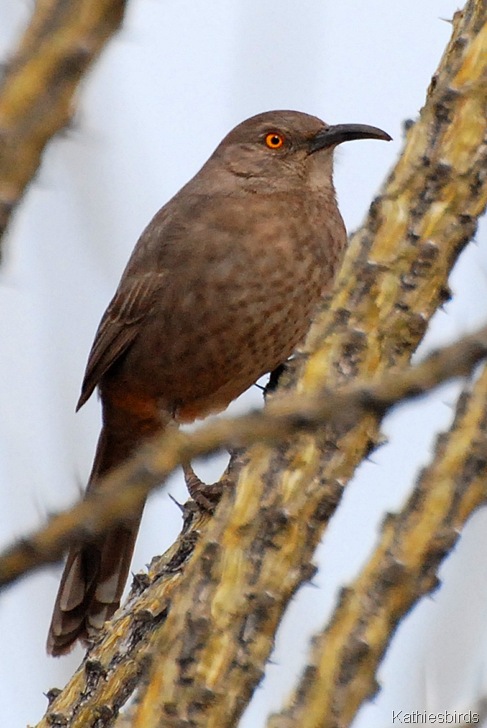 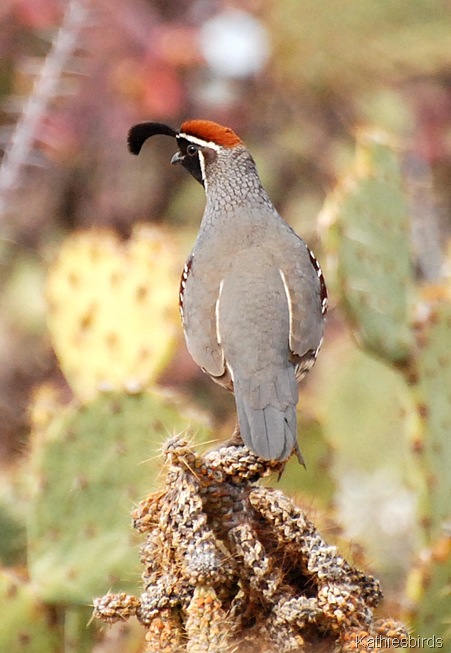 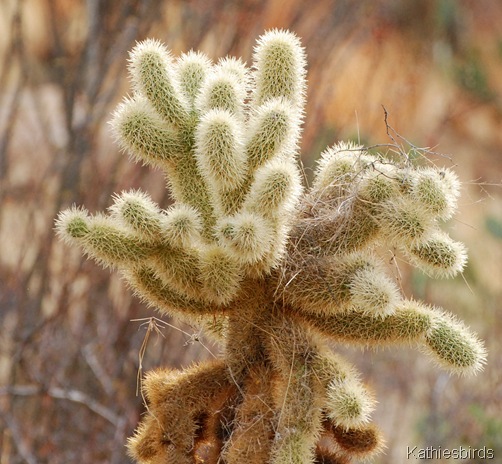 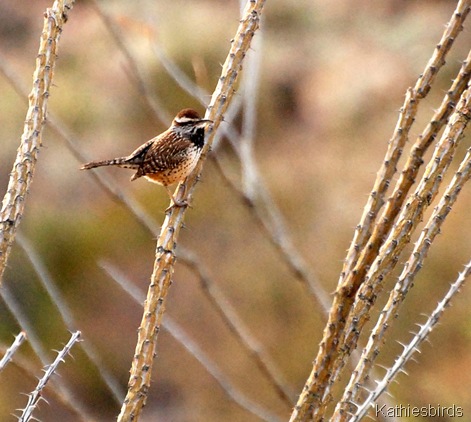 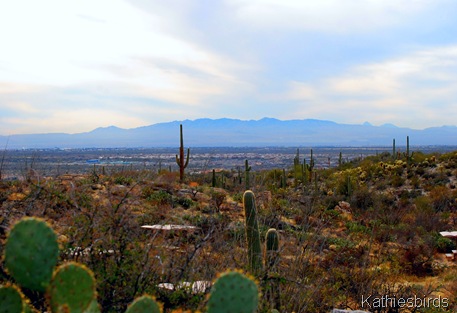 View from my picnic table 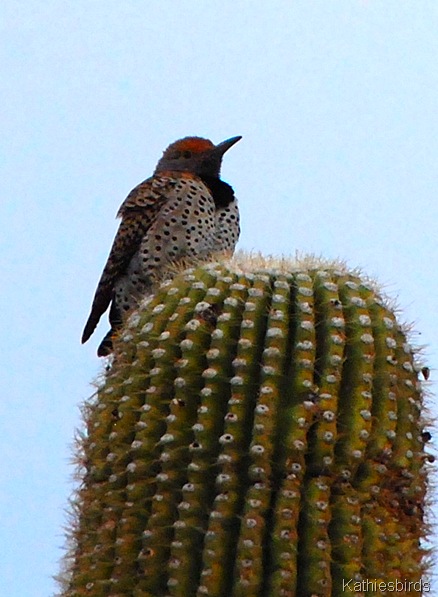 After searching and waiting for over an hour I did not find a Canyon Towhee. With the shadows growing longer I soon packed up my gear and got in my car. Big January was almost over but I decided to try one more spot. Before leaving the park I stopped at the Freeman Homestead Trail and walked partway down the path. I did not intend to do the whole hike since I was tired and my injured right foot was aching, but I did walk down the trail hoping to find some Canyon Towhees since I have seen them here before. The wind had picked up quite a bit and at first I wasn’t seeing any birds, but then, a little Rock Wren flew into view! 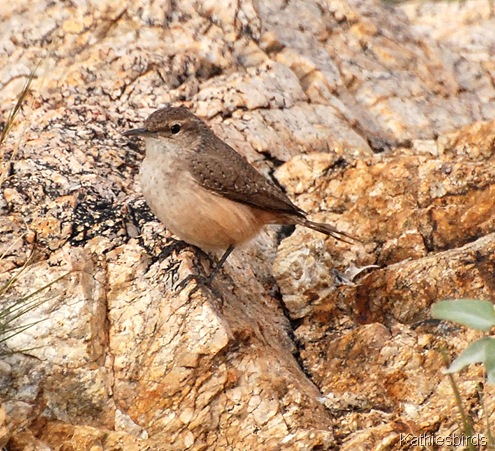 I watched the little bird bounce and trill and I considered going farther down the path, but when a family with a couple of small boys came by and scared all the birds away I changed my mind. Probably for the best. I needed to get home and rest. I never did find a Canyon Towhee but I had a peaceful end to my Big January. With 146 species of birds I had seen more birds in this month than I ever had before! Now it was time to rest up for the Great Backyard Bird Count which starts today! So far this month I still have not found a Canyon Towhee and I have only added one more species of bird to my Year’s List. A Ross’s Goose Chris and I saw at Lake Cochise on February 3rd made species 147 for the year! But that could all change this weekend! 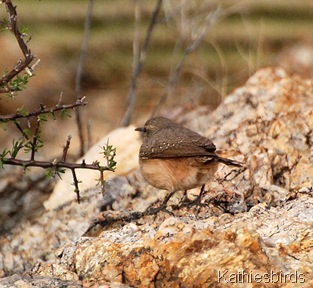 Chris and I did have another birding adventure on Superbowl Sunday, but that post will just have to wait while I am out counting birds for the Great Backyard Bird Count!