Birds and Snow in Tucson 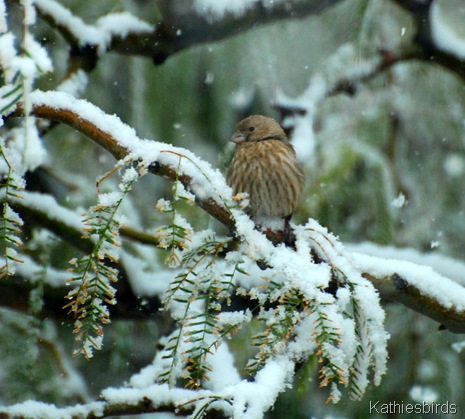 An unusual thing happened today. It snowed in Tucson! In some parts of the state we actually had a blizzard! For a few minutes this afternoon it almost felt like that as the wind picked up and the snow rolled in, but after awhile the snow tapered off and started to melt, only to pick up and start falling again this evening.

It’s not like I have never seen snow before. After all I am from New England and I have lived in Idaho, Colorado and Utah. It’s just that it is so unusual here, especially on the valley floor of Tucson. So, I was like a little kid, running from window to window taking pictures and trying to see what I could see. Here are some of the images I captured. Take a good look, because it will probably all be gone by the end of the day tomorrow. 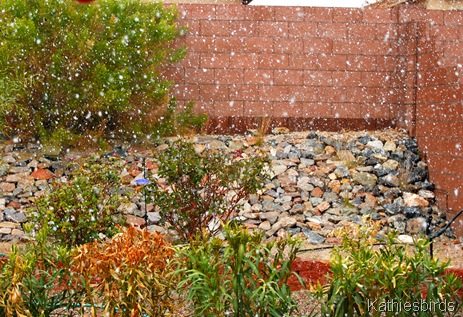 My backyard as the snow started. 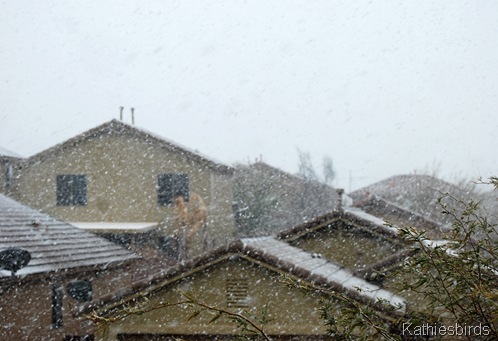 View out the front window. 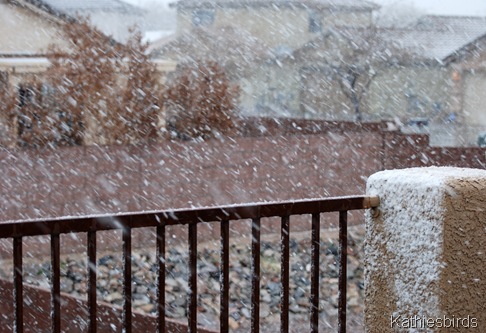 Looking out the balcony door. 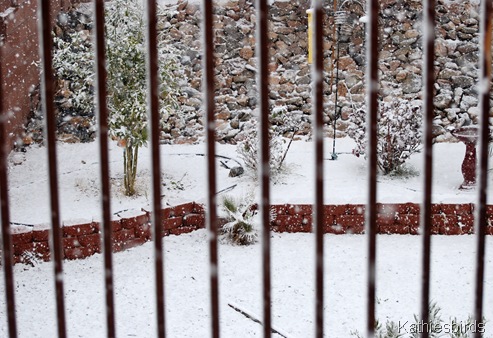 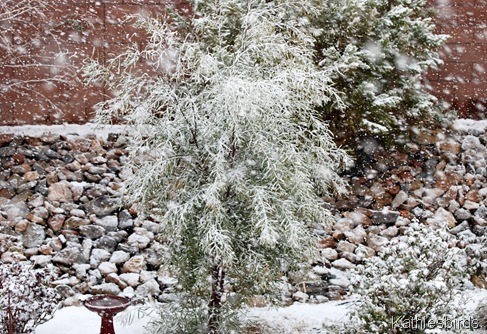 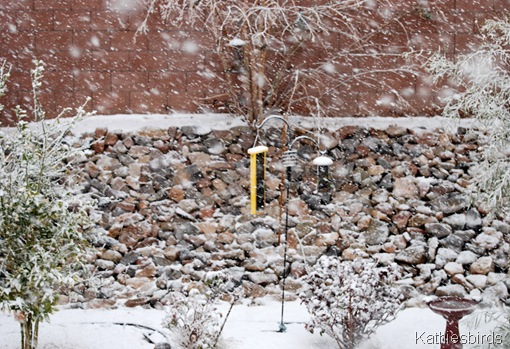 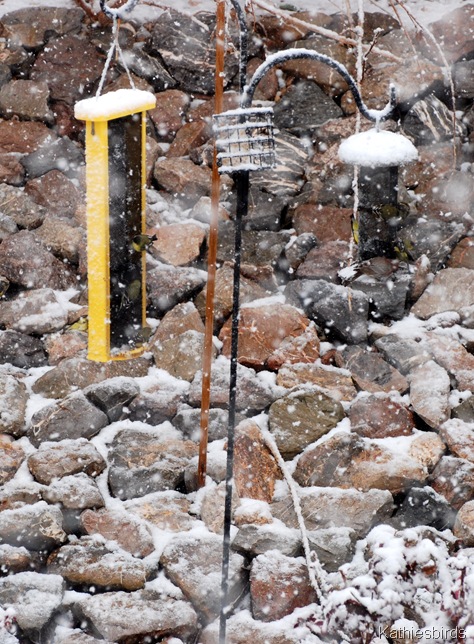 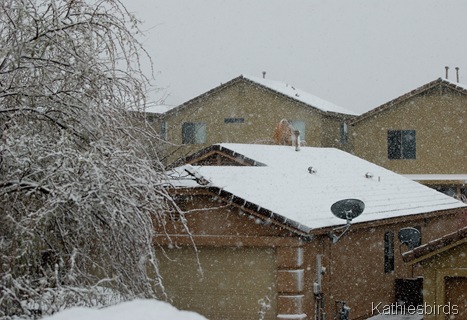 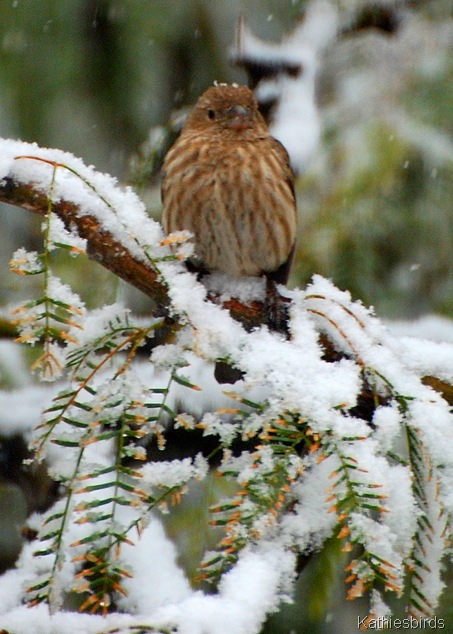 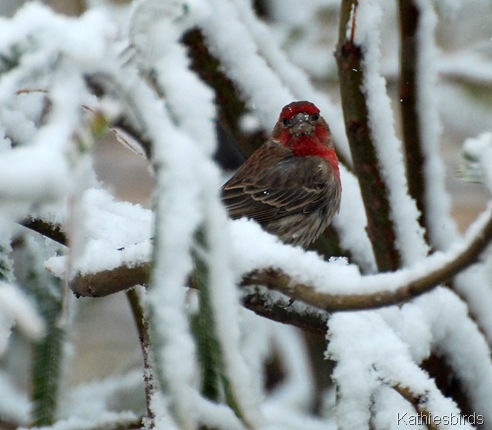 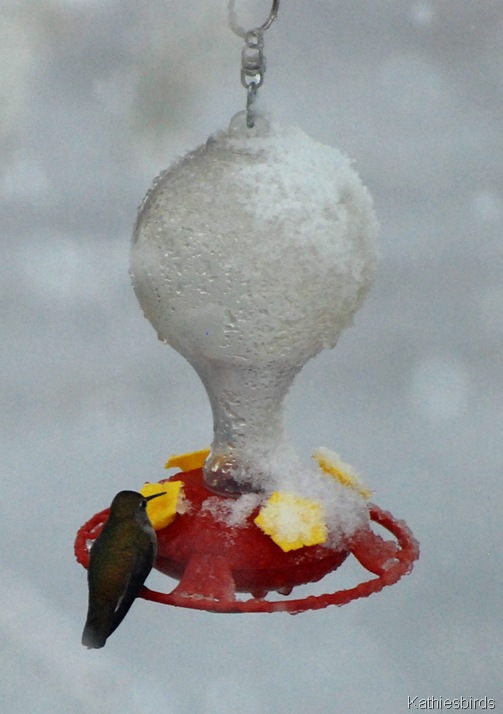 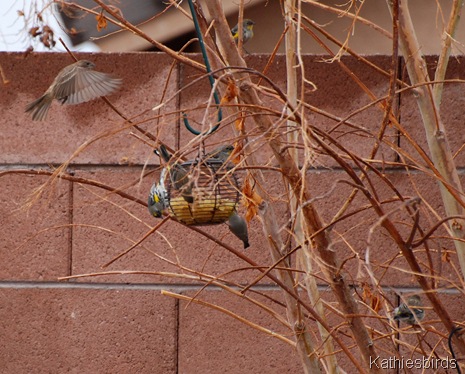 Six Yellow-rumped warblers and a Verdin. Do you see them? 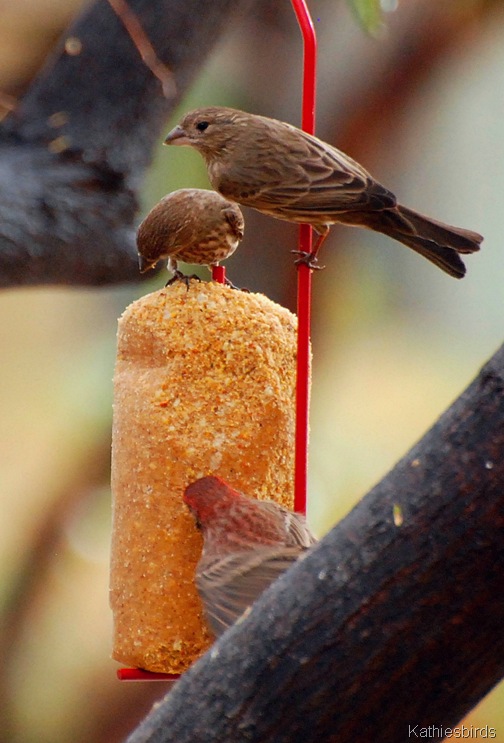 I bought this new feeder just in time! 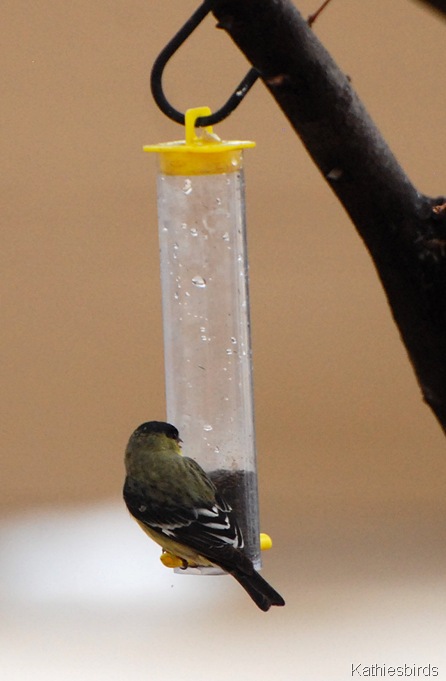 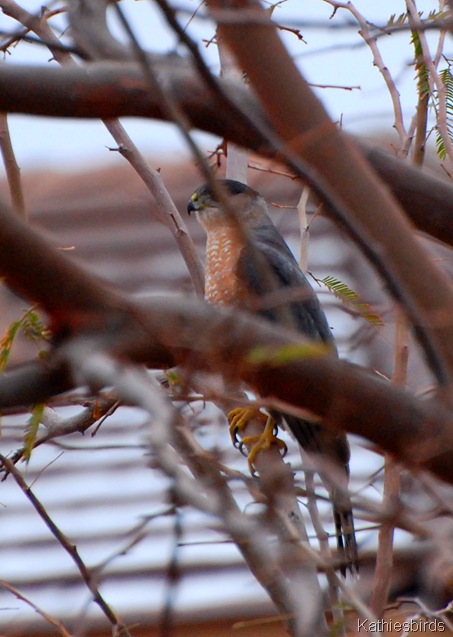 This Cooper’s Hawk buzzed my feeders at least twice today. I think he is still hungry. I wouldn’t mind if he got a pigeon or a dove but I really didn’t want him to get a goldfinch.

So, the GBBC ended on Monday and I do have pictures and stories. There is still so much to tell. Come back tomorrow for more photos and stories!

As always, Poetry is happening on Kathie’s Poet Tree!