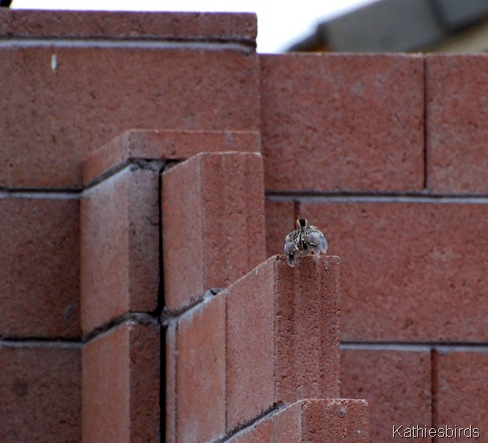 Earlier this summer I had a Gambel’s Quail family nesting in my backyard. Since I live in a suburban neighborhood I did not ever think this would happen in my current location. While the first nest resulted in four little chicks, three of them were never made it, eaten, I suspect, by a Cooper’s Hawk which I actually saw grab one of them. By the next time around there were six little chicks. Of these, only one was lost. I watched the little family with hope and joy as the little chicks continued to grow and sprout pin feathers. I thought it would take a month or more before they would be able to fly over my backyard walls and escape to the desert, but they were little more than two weeks old when I first saw them fly! The very next day the Mamma and Papa quail flew up to the top of the block wall and called encouragingly to the little family below. One by one the little chicks flew up and I was only just quick enough to catch these shots of the last little chick as it made it’s way up the wall and out of my yard. I have not seen them since. 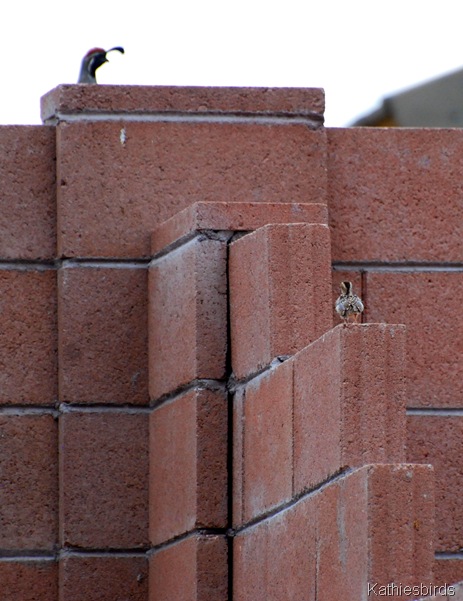 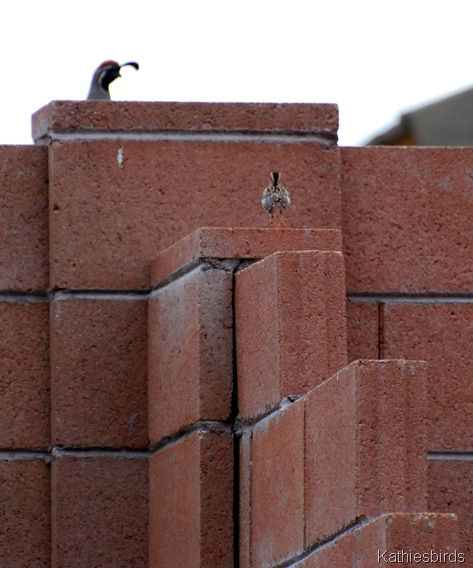 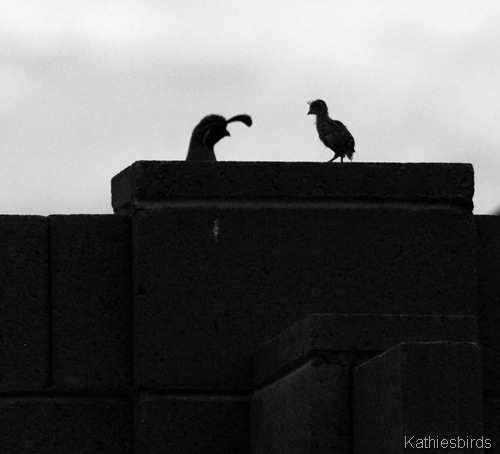 Good-bye little chick! It’s a GREAT BIG WORLD out there!

You can read the complete Quail Family Story by clicking on the link.