In Search of Shorebirds at Lake Cochise 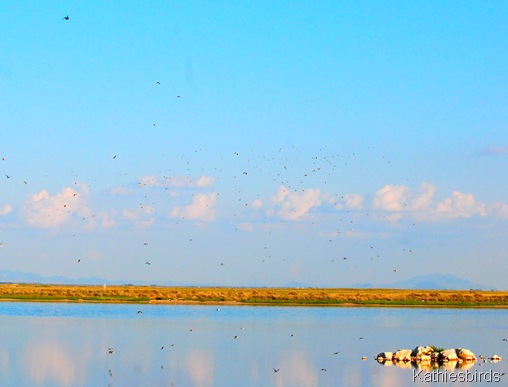 On August 7 Chris Rohrer and I went in search of shorebirds at Lake Cochise in Wilcox. While we do live in a desert, there are a few of these manmade bodies of water where shorebirds are known to stop by during migration. Chris is much better than I am at keeping track of what is moving through the area, and so, with target birds on our list we headed for the lake one sultry afternoon. Our targets were Baird’s Sandpiper, Semipalmated Sandpiper, Semipalmated Plover, Stilt Sandpiper, and a Black Tern. Each of these species would be either Life Birds or State Birds for one or the other of us. 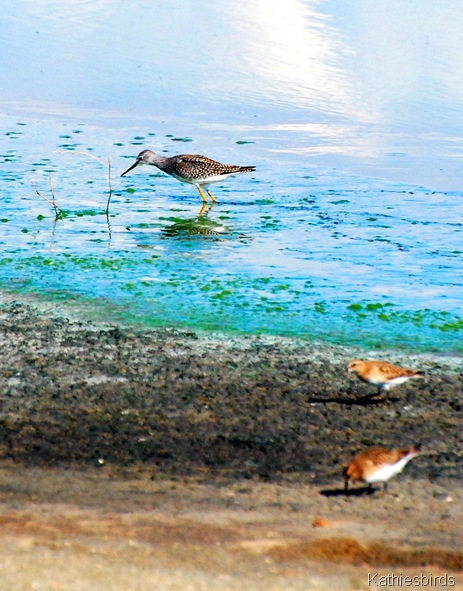 There was no one there but the birds when we first arrived but a large flock of Long-billed curlews flew off just as we pulled up. I think Chris got a shot of them, but I did not. However, a Lesser Yellowlegs posed nicely for me! In the fuzzy foreground are some Baird’s Sandpipers. Life Bird for me! Chris had already got it on a previous visit. 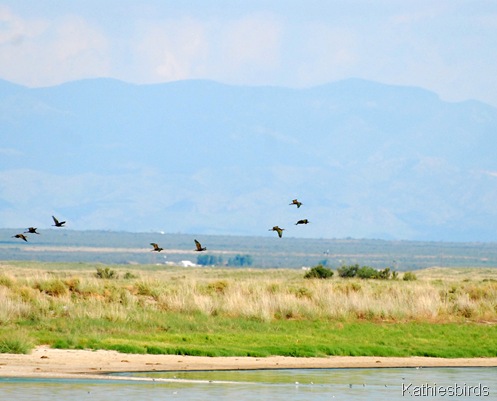 A few Glossy Ibis take to the sky. 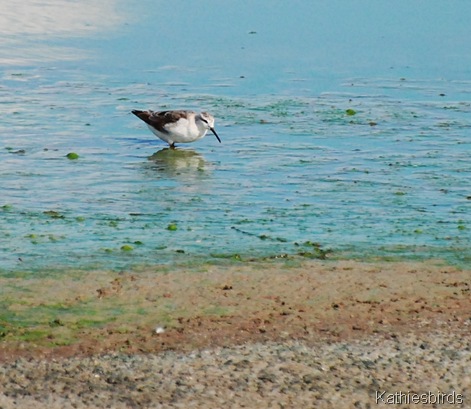 Just one of over 150 Wilson’s Phalaropes! 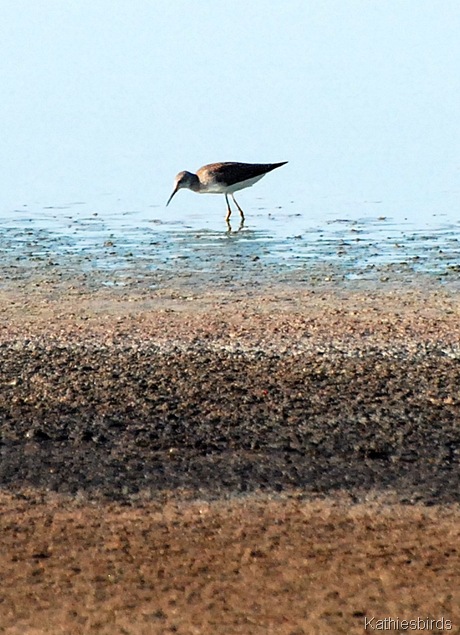 I think this is one of the 4 Stilt Sandpipers we saw due to its drooping bill. 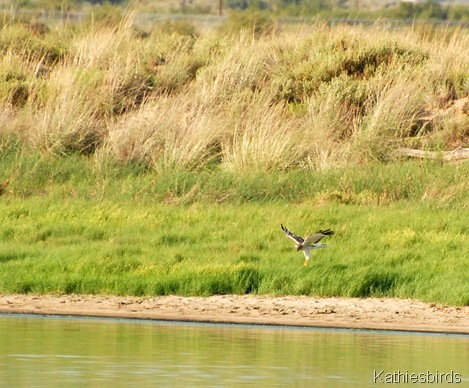 A male Northern Harrier came tilting over the grasses and extended its legs in search of prey along the shoreline. 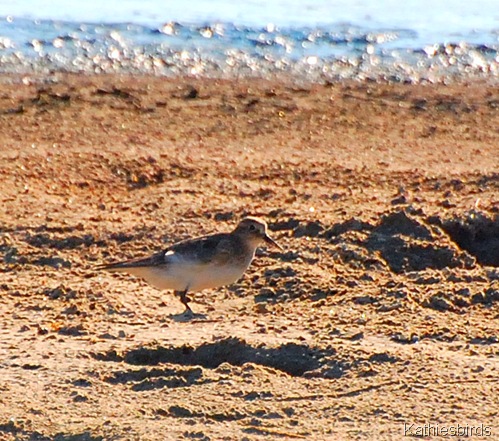 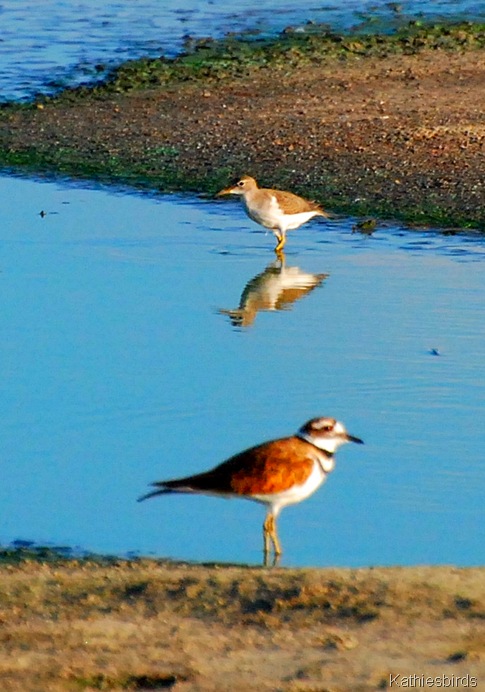 Killdeer in front and Spotted Sandpiper in back.

We saw several killdeer along the shoreline but the real search was for a Semipalmated Plover. While I have seen this species on the East Coast I have not seen one in Arizona and Chris had never seen one at all. So, as we moved around the lake I scanned every killdeer for the much smaller plover. Chris was preoccupied with photographing when suddenly I spotted it! 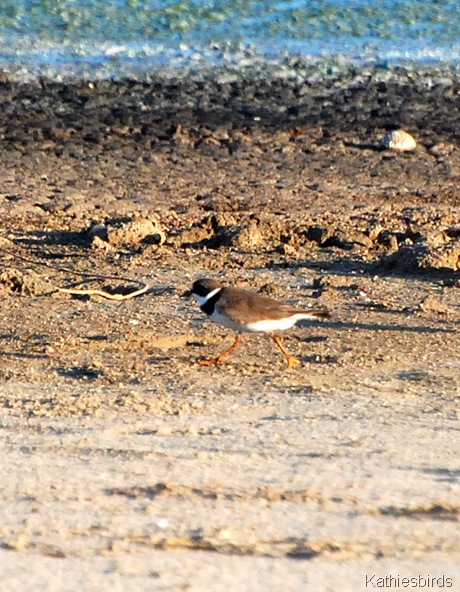 Notice the smaller build and beak and the bright orange legs! Notice also that it only has one chest band! I was so excited that I only took three quick shots because I wanted to be sure that Chris saw the bird. So I put my camera down and pointed it out to him. He was so excited! Snap! Snap! Snap! He went to work documenting this Life Bird for himself! Me? I was so proud of myself for finding it! 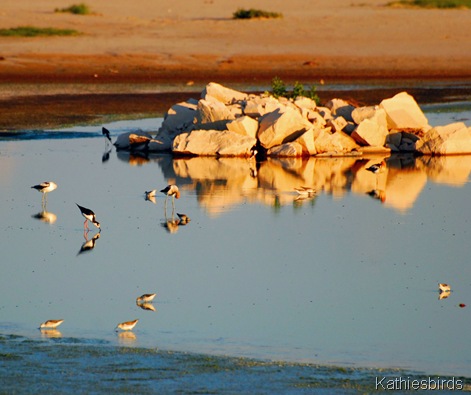 As the light grew low and golden we knew it was time to go. We had been here almost 3 hours! But before we drove away, we decided to check just one more area… 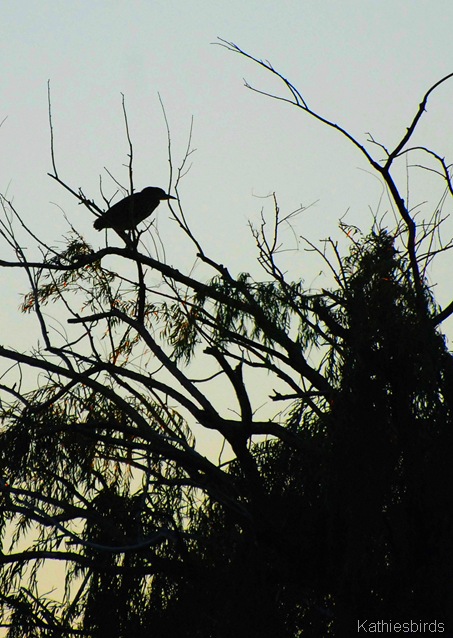 We found yet another small pond that I had never noticed before. Nearby a new lookout platform had been built. We walked around the pond and climbed the platform. We found herons and swallows and a few lingering kingbirds. 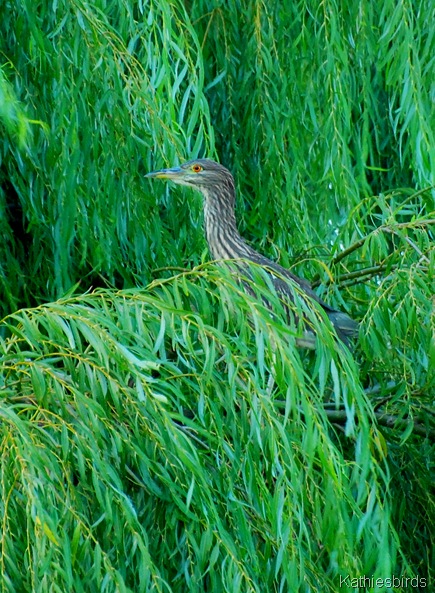 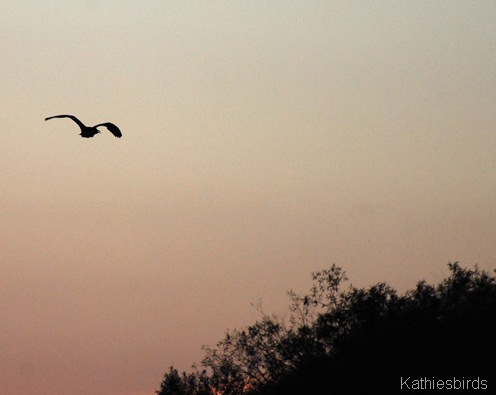 The shadows deepened to gray and purple.

The sky turned a soft rose and gold.

Night Herons took to the sky with the swallows. 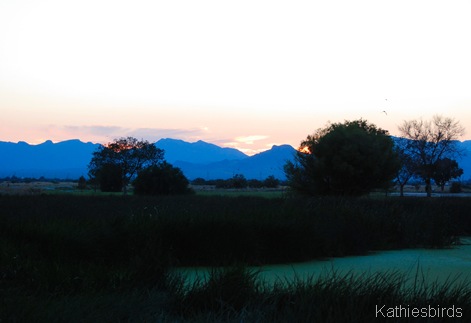 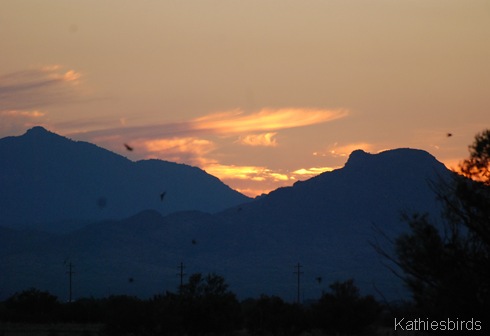 Lake Cochise is also known as Willcox Lake or Twin Lakes Golf Course. It is located off Rt 186 or East Maley Street in Willcox and is open to the public. While there are no public restrooms at the lake there are gas stations and restaurants in town. There is a 1.2 mile dirt road that encircles the lake with a couple of bird blinds at two different spots. The lake can be birded entirely from the car. The bird lookout is a relatively new addition and gives you a view over the cattail pond and the western mountains. In the end Chris and I were here for 3 1/2 hours and we counted 35 species of birds! We got all of our targets except the Black Tern. Lake Cochise is an eBird Hotspot.