Notes from My Nest: Life on Mere Point 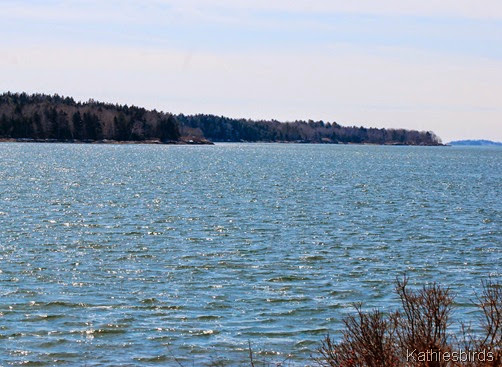 I am still settling in and getting to know my way around Mere Point. In my mind it is broken up into different birding segments. I count birds at my home, which is Mere Point Cottage. I count birds at Mere Point Boat launch, which is a Public Access site to the bay. I count birds along Mere Point Road, which is 5 miles from my driveway to where the road ends in Brunswick, and I count birds at Mere Point Point which is Private Access Only. You must live there or have permission from someone who does live there to access the site. Anyway you look at it, I am surrounded by water and birds. In just the week since I posted my latest Mere Point Cottage Yard List I have already added 6 more species of birds! I am now at 48 Yard Birds in a little over 2 months time and migration is just beginning! I have yet to add a warbler to my yard list. Sparrows are well represented with Savannah and Chipping Sparrows being the most recent additions! I heard a Carolina Wren on April 11th calling several times, but I have not heard it since.  I had a Northern Flicker show up on the 13th and a Golden-crowned Kinglet on the 14th! While I had heard Fish Crows in town already I was surprised to hear one outside in my yard on April 15th. At this point I have no idea what species is going to show up next! I had not seen the Fox Sparrows for a few days, but then they showed up again on the 14th. White-throated Sparrows have now become the most numerous sparrow species in the yard, displacing the Song Sparrows who held that title for a couple of weeks. 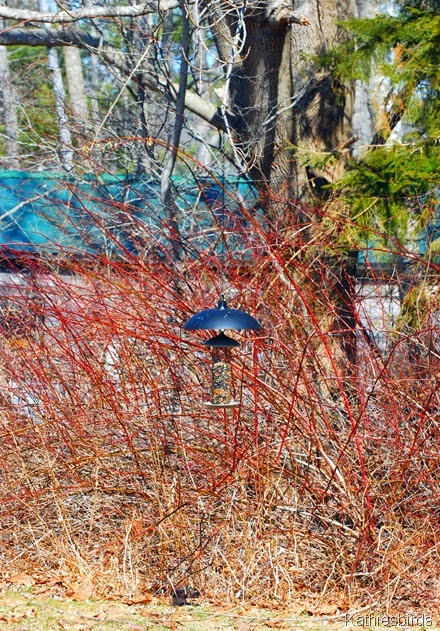 I continue to do battle with the squirrels and hoped that this cheap baffle I bought at Wal-Mart would do the trick. It only cost me $8 bucks and I  would have done better spending that money on additional seed. It didn’t take them long to figure it out and find a way around it. The black plastic bowl balances on the hook but it is easily tipped by the wind and the squirrels which scramble down the chain, tip the black bowl and twist and grab the feeder to climb up and eat at their leisure! Back to the drawing board for me. It looks like I will have to break down and buy a $40 baffle from the bird store instead! 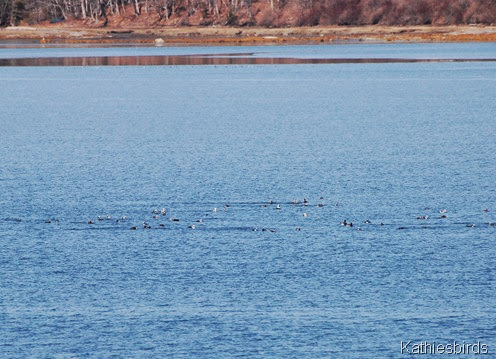 One local resident gave me permission to walk down to the water’s edge near his house. I stood in awe on the shore and looked across Maquoit Bay. There were so many ducks in it, but only a few of them were close enough for me to identify with my binoculars. There was a large flock of Long-tailed Ducks raising a ruckus out in the water. They made so much noise! I don’t quite know how to describe the sound, but they would all get in a bunch or in a line and then dive simultaneously. I do not know if this was a hunting and feeding technique or if they were just diving whenever they realized I was looking at them through my binoculars! 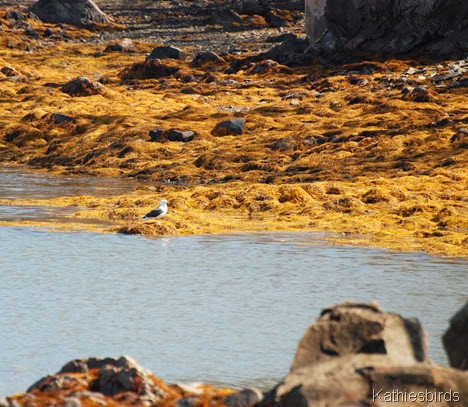 I found it so amazing to be standing on the shore with tall trees and woodland birds behind me and sea birds in front. When the tide goes out the seaweed covered rocks are exposed and yes, they are this golden! While I see gulls on the rocks all the time, I have yet to see any peeps along these shores though, I do keep on looking for them. April 7th was such a nice day that I did not want to go inside, so I decided to cross the street and go count birds at the Boat Launch. 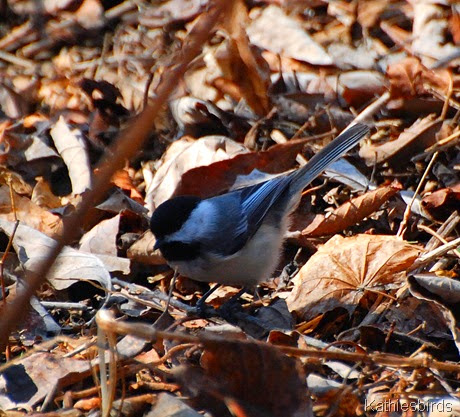 On the short road in I found this little Black-capped Chickadee in the leaf litter alongside the road. In the trees along the sides of the parking area I saw and heard several species of blackbirds as well as Mourning Doves, Blue Jays and more Song Sparrows. While I am not surprised that the blackbirds are over here, I am surprised that the Blue Jays like to hang out in this area more than my yard, which is a stone’s throw away. I cannot always count on seeing jays in my yard but they are a sure bet over here! 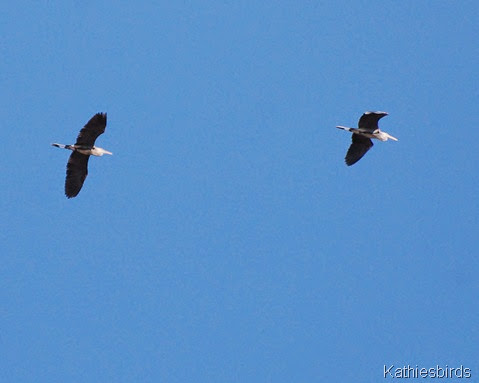 The effects of spring migration are being seen with the return of the Great Blue Herons. These are just two of the four that flew over my head while counting birds at the boat launch. But then I was surprised by another string of migrants… 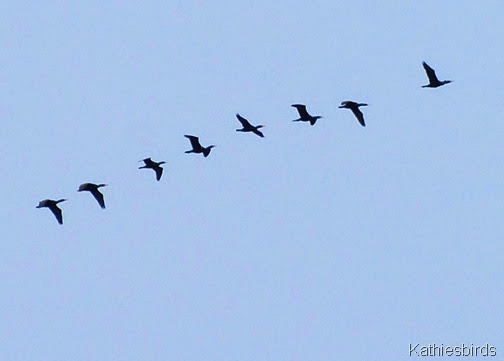 Double-crested Cormorants! My FoTY* in Maine!

I would love to tell you that life is settling down here at My new Nest in Mere Point Cottage, and while it is starting to feel like Home, there is still so much to do. We are registering our cars in Maine and finding doctors, dentists and hairdressers. I still have boxes to unpack but I need some shelves built and I keep getting distracted by the birds! I wake up every morning and grab my bins before I even get dressed and start watching and counting them. I keep telling myself that I should take a shower and get dressed first, but I cannot resist looking, and once I take one look I have to start counting them! Everyday is something different and I find it all so new and exciting, even though I have seen most of these birds before. This is my first time living in Maine as an eBirder and eBirding has taught me how to pay attention to the timing of birds and their behavior. Birds are part of the rhythm of life wherever one lives and learning and feeling this rhythm is what makes me feel part of Life!

*First of The Year

My Mere Point Birds by the Numbers: