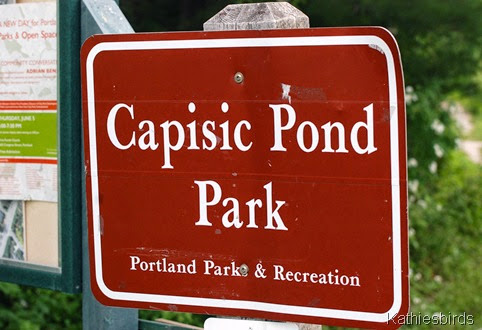 June 26, 2014: The morning after the Great Puffin Expedition we slept in. Then I had a few errands to do and a dentist appointment. Finally, by afternoon we were ready to bird again, and we headed south towards Portland. We made our first stop at the Freeport Wildbird Supply, where I bought bird seed and Micheal invested in his own pair of binoculars! He had been using my compact Nikon’s for the first few days and decided he liked having his own pair of bins! Then we were on our way to visually capture the elusive Orchard Oriole, which would be a Life Bird for both Chris and Micheal! 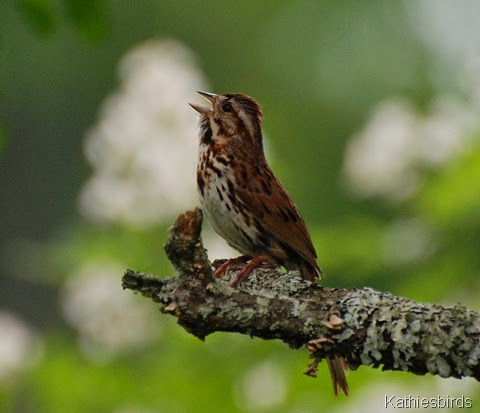 A song sparrow serenaded us as we pulled into the parking lot! 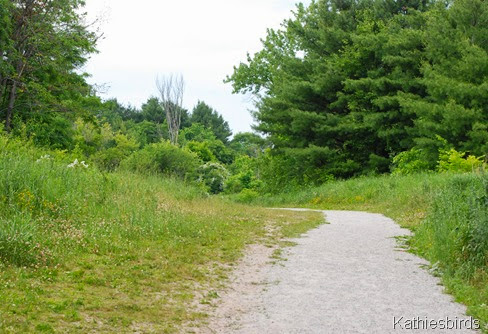 We wandered down the gravel path and within five minutes had our eyes on the prize! 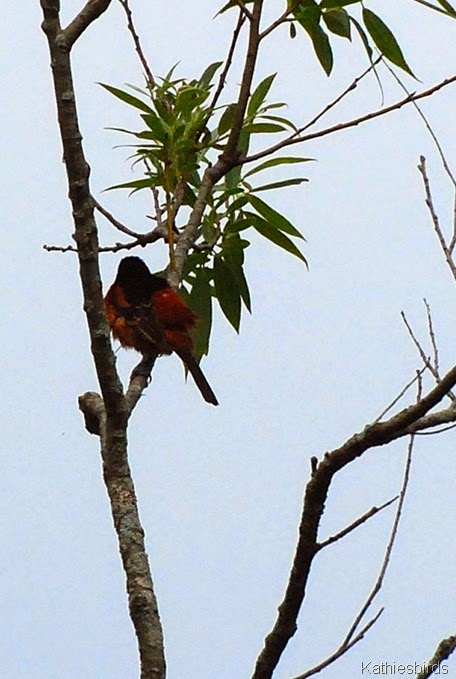 Though I was here earlier in the spring and saw the bird then, I had hoped for a better photo, but it was not to be. The air was heavy with humidity. I felt like I was melting. The hazy light make photographing difficult and the bird just would not turn around to face me! We counted at least 4 Orchard Orioles this day, along with a pair of Baltimore Orioles. We saw a some crows sitting quietly high in a pine, as if trying to hide as they watched the birds of the pond and meadow. Stealthily they hide in the shadows, hugging the trunk of the huge tree. I had never seen crows sit so quietly. What were they up to?

We turned away from the crows, distracted by the other birds flitting around us. Micheal and I spotted a female Scarlet Tanager, but Chris did not get on it in time before it flew off, so he did not count that bird. As we were trying to identify a flycatcher we suddenly heard a ruckus behind us! One of the crows had flown out of its hiding place and swooped down on an orioles nest! All the birds of meadows, woodland and pond rushed fluttering and crying towards the tree with the crow. Everyone was upset as they tried to drive the crow away, but the large black bird of death paid them no more attention that he would a mosquito. Hungrily he raided the nest while the little birds screamed! I could not look. Chris moved closer and tried to see and photograph what was going on, but I don’t know if he succeeded. Nothing he or the birds did scared the crow way until it had its fill. By then we had had our fill as well. We walked disconsolately back to the car, the humidity by now overwhelming. It felt good to get inside and turn on the air-conditioning and drown out the memory of what we had witnessed. 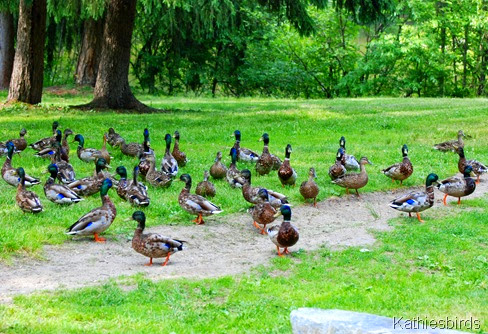 I drove us over to Evergreen Cemetery next, hoping that maybe we could find a Wood Thrush for Chris. When we first pulled up, all we saw were ducks! Someone was feeding them bread and they all came out of the pond for the feast! 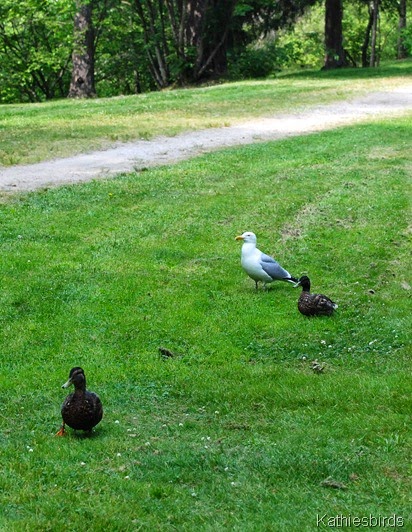 Most of them were domestic mallards, but we did find two black ducks in the bunch, along with an opportunistic gull! Off in the tall pines of the surrounding woods we heard a couple of wood pewees calling, and in the trees near the pond we did find a Black-throated Green Warbler, but though we tried hiking into the woods, we did not see or hear a single thrush! The humidity was high, the mosquitoes were thick, and thunder rumbled on the horizon!

We made it back to the car just as the rains started to fall. We had hoped to bird a few more stops but it was not to be. We stopped at a local bistro for a late lunch/earlier supper and while we were there the skies opened up and poured down rain. It was very apparent that our birding for today was over, which was fine with me, because I still felt a bit weak and woozy from yesterday’s expedition, and I knew we had more plans for tomorrow! We just never stop birding!