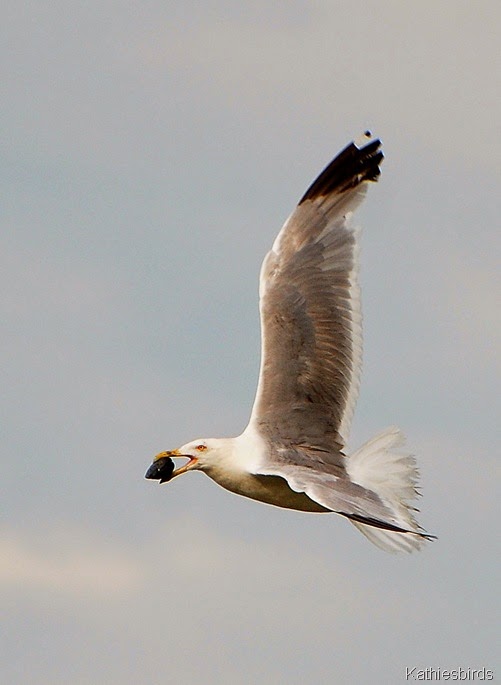 Just about a month ago on a Sunday afternoon I went to Wharton Point to see what I could see. Among the many migrating birds I saw was a resident Herring Gull getting ready to dine. As the tide goes out the gulls dig in the mud flats for clams, then fly over a hard surface like a rock or a cement boat ramp and from a great height drop the clam and let it smash on the surface below. While I have seen this happen several times, this was one of my first chances to photograph it up close! 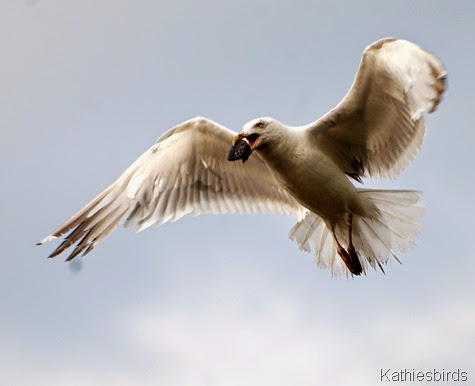 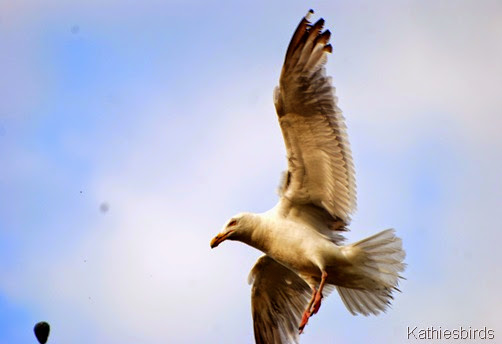 You can just see the clam dropping at the edge of the photo. 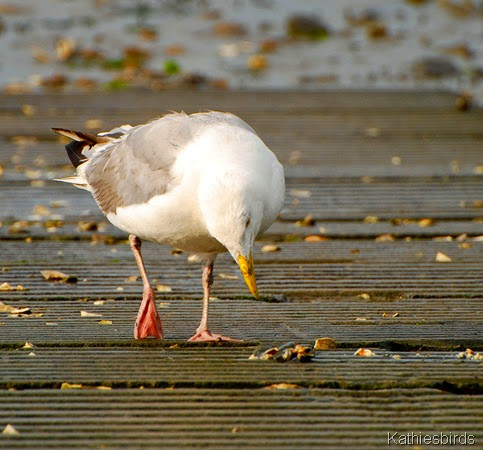 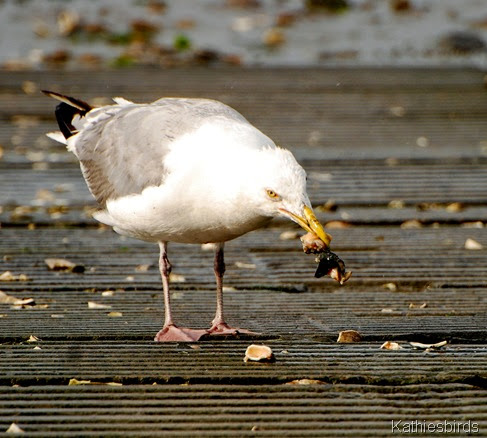 Notes from my nest: We’ve had a sudden downturn in temperatures here and for the first time this season I put on long pants and shoes and socks when I got up early this morning to meet a fellow birder over at the Mere Point Boat Launch. I met Dave White and his daughter, Laurie and while Dave photographed birds, I counted them! I was so pleased to meet his daughter as well, who turns out to be a leftie, jut like me! There are so many birds migrating through and we got good looks at American Redstarts, Black-throated Green Warblers, and half a dozen Ruby-throated Hummingbirds. I met Dave through the Facebook Group, Maine Birds, started by Robin Robinson. Dave is off to Florida soon, but will return with the migrating birds in the spring. I would be pleased to bird with him again any time! I am busy working on more blogposts but while you are waiting, here are a few links you can check out, including one to Cynthia’s Blog, a fellow birder I met once before through the group, Birder’s who Blog, Tweet and Chirp. She and I and went birding with a few days after I took these pictures. She is ahead of me and has already posted some of her photos from our day of birding together! 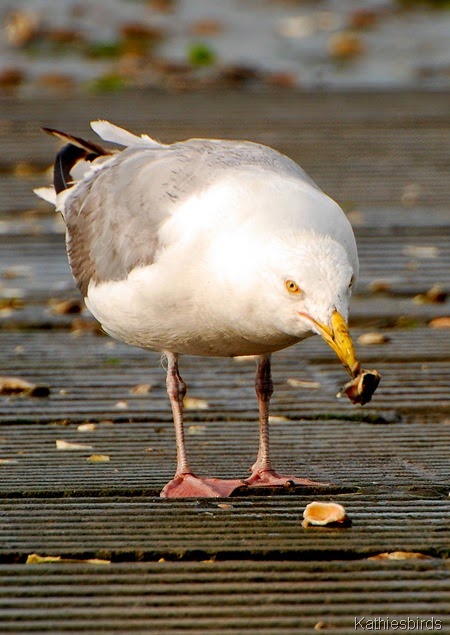