Sunrise and Birds at the Boat Launch 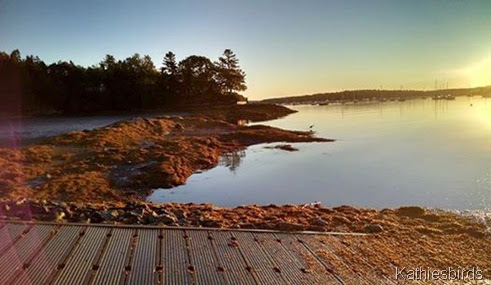 Somehow I managed to get up early, ignore the cats and the dirty dishes in my sink and get out the door with a hot cup of green tea and my binoculars. I did not bring my camera. I just wanted to relax and enjoy the sunrise. I quickly crossed the street and entered the road to the boat launch. It was just after 6 a.m. and already I was hearing and seeing birds! I wanted to get down to the bay right away, because once the sun comes over the horizon I cannot look across the water as the sun is in my eyes, but even as I walked down the road I had to stop and count birds! There were so many of them! Though it is almost mid September, I am still seeing fat little hummingbirds in my yard, at Crystal Spring Farm and here at the Mere Point Boat Launch! The road to the boat launch is rimmed with spotted jewel weed and they just love that plant! I have some in my yard and I constantly see them feeding at it. Along the road I found warblers, Rose-breasted Grosbeaks, finches, doves, robins, sparrows and catbirds! I had to tear myself away and get down to the water, which was flat and calm after yesterday’s stormy seas. 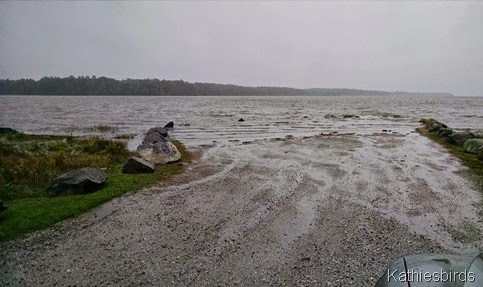 I took this picture yesterday afternoon at Wharton Point. It was high tide then and you can see the waves rolling over the rocks that surround the parking area and boat ramp! I loved standing in the wild wind and feeling it gust across my face as the tide rolled in! Wharton Point is at the top of Maquoit Bay, which is on the other side of Mere Point! It is a great place to count birds as well and is another eBird Hotspot! 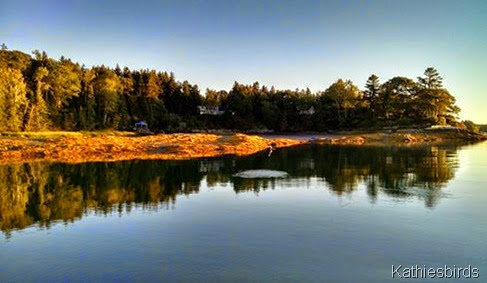 But this morning all was calm and bright!

The rocks of the cove were exposed and the eel grass golden in the morning light. 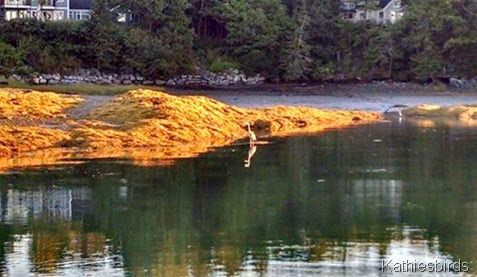 The tall gray blur is a Great Blue heron and the small white dot to the right is a snowy egret. Beyond them in the mudflats I spotted a mixed flock of Mallards and Black Ducks! Out over the open water I counted Double Crested Cormorants, Common eiders, and Herring Gulls. The big surprise was when a Common Loon flew over the bay! It was the first one I have seen here since early summer! 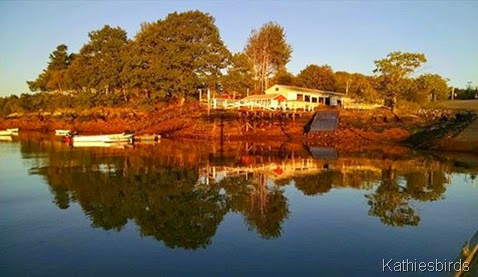 I walked to the end of the boat dock and looked back at shore. Everything was bathed in golden light! Far to the south the air was so crystal clear I could see all the way across Casco Bay to Portland, Maine! All the buildings of the city appeared to be crowded together on the very edge of the land. After counting all the birds i could on the water, I headed back up to count more birds along the edges of the parking areas and the entrance road. I know I saw warblers I could not identify, but I did my best. The boat launch has been so busy all summer. for once I was there alone for most of the morning! It was magical. I thought of walking back to get my camera to take pictures, but I knew if I did that all the birds would somehow disappear. Besides, I had already been there for over an hour! I counted birds all the way back to the main road, 30 species in all! It was my highest count there ever, so far! It was a great way to start my day. Once back home, I set my mind to doing housework! But the birds outside my windows kept distracting me as well! I found a Black-throated Green Warbler in my own yard and a female Purple Finch! Later in the day, two Cooper’s Hawks circled overhead only to be chased by the crow patrol! Life is never dull here on Mere Point! 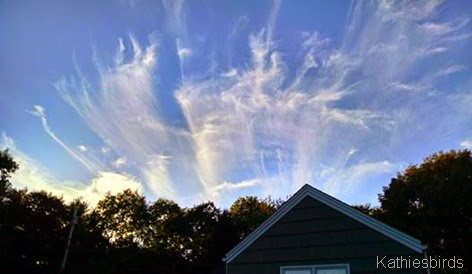 Here is the list of birds I saw at the Mere Point Boat Launch this morning:

*New species for this location.

Notes: I Now have a total of 76 species recorded for the Mere Point Boat Launch! Click the link below for more info. Sunny, clear, calm, 51°F. Flat water, tide out/low tide. Wind picking up as I was leaving. There were so many birds! I counted birds for 1 hour and 40 minutes and walked .3 miles. 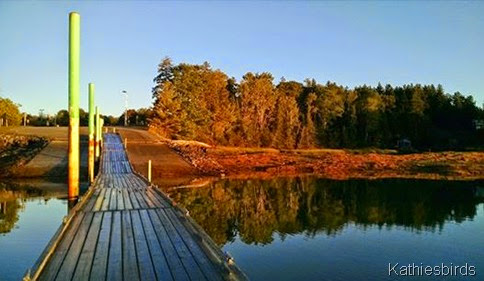