Birding the Best that I Can 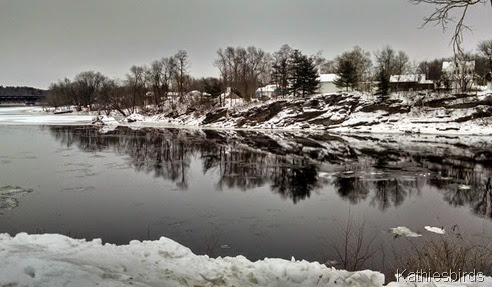 I am slowly healing from my surgery and feeling more like myself everyday. Yesterday my daughter came down to help me out and after cutting my hair, filling my bird feeders and changing the sheets on my bed for me, she drove me into town for errands. Along the way we stopped to count birds on Bowdoin Island in Topsham after I saw a small flock of ducks down in the river as we crossed the iron bridge near the dam and the old Fort Andross Mill. I had never driven into the parking area here, though there is an eBird Hotspot marked as the Seadog Brewing Company. It took us a few minutes to find a place to park that gave us a view of the ducks but we finally found a spot and I got out in the freezing cold weather to count birds! 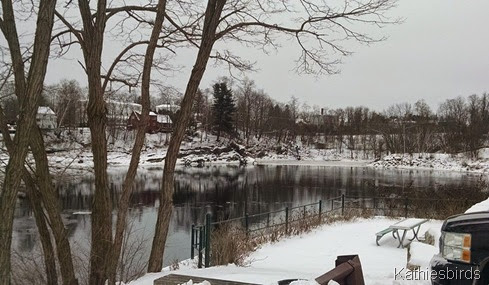 Down in this little cove created by a bend in the river and just below the dam I counted a dozen Common Mergansers! While I had seen red-breasted mergansers a few days ago down in Harpswell, these were my first Common Mergansers this year. As most avid birders will know, a New Year means a New List! I am so used to doing a Big January ever since I started my first blog, Sycamore Canyon, so it feels weird not to be out there pushing to get as many birds as I can. I still feel the pull of it, and so my husband and now my daughter have helped me find a few birds. I know my list will not be as big as it has been in past years, but I still feel the need to do a Big January as best as I can. I see that many other birders are seeing wonderful birds around the state, but I can only go so far right now. It will be interesting to see what shows up in my yard and at the Boat launch! 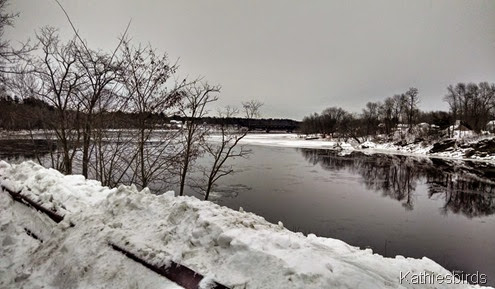 Though it is quite cold here as well as across the rest of the nation, I must admit that there is still beauty to be seen here in winter. This view is looking Northeast up down the Androscoggin River toward Merrymeeting Bay. 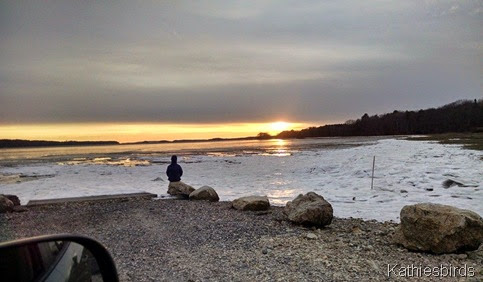 On January 1st Gus drove me over to Wharton Point to count birds and watch the sunset. I took this picture from the car. Another person was there watching the sunset as well. It must of been cold on those rocks! It was so cold and the cloud shelf was so low that we left, but we should have waited just a few minutes longer, because look what happened to the sky as we were driving south on Mere Point Road on our way home! Scroll down to see the first sunset of 2015 for me! 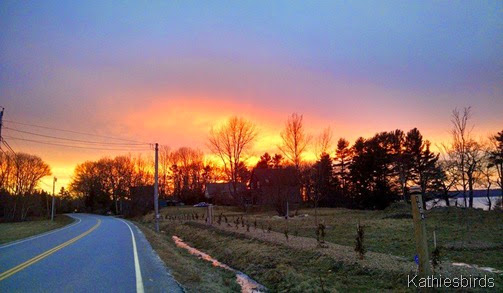 While we were out and about i counted my first birds of the New Year at the Mere Point Boat Launch, on Rossmore and Mere Point Roads, and at Wharton Point. On the drive home we also saw 3 Wild turkeys in someone’s yard, but the best bird was the Barred Owl we saw hunting in a field on Rossmore Road! It was my first Barred Owl in Maine as well as my First of the year! 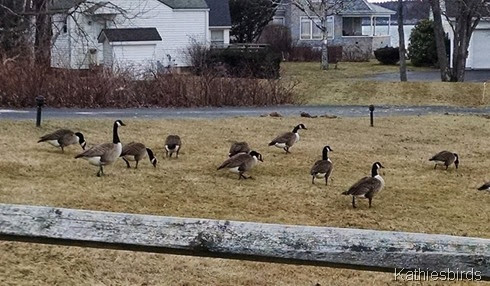 The next day after we did a couple of errands, Gus drove me down to Orr’s and Bailey Island in Harpswell to count birds. I added several species there, including these FoTY Canada Geese! 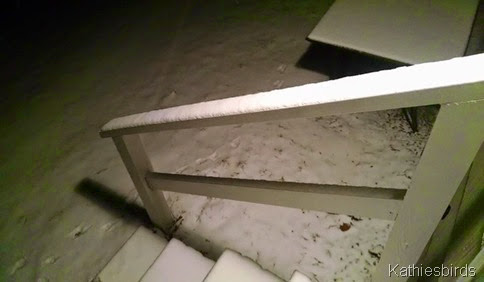 I was looking forward to getting out more, but then this snow came on January 3rd! It’s kind of kept me house bound since, as I don’t dare risk going out by myself and falling! My body still has lots of healing to do. 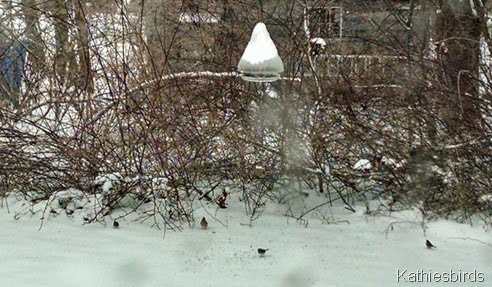 So, I watch birds out the windows instead.

Some days I see all the same birds, but some days something different flies in. Today I had my FoTY Purple Finch! I have not had one here in over a month! She made species Number 41 for this year! 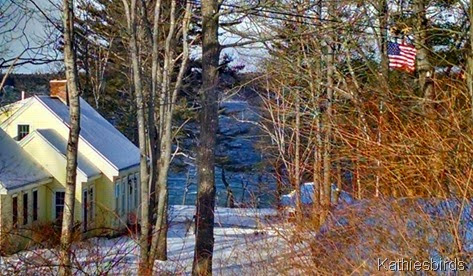 On January 5th the wind was blowing a gale out there, but it did bring a few birds close enough to shore for me to see them from my living room window. Here is a list of my yard birds and my 2015 Year Birds so far: 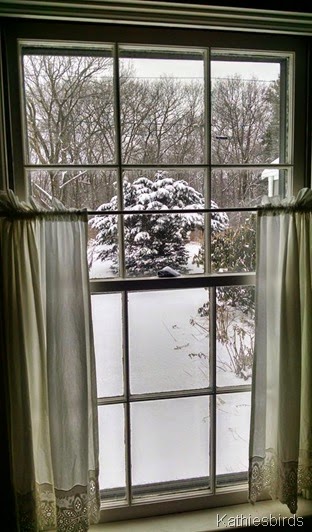 I see more window birding in my future!