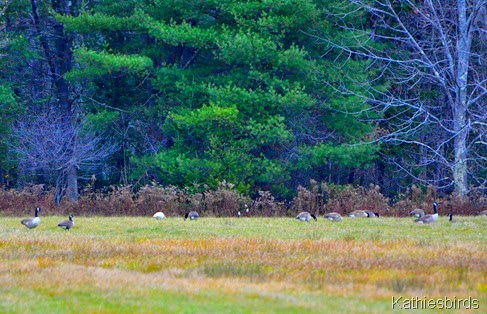 When I first started birding instead of just bird watching, someone asked me if I was a “lister” or a “chaser”. At the time I really didn’t know what those terms meant, but as time went on I realized I was a lister. Everywhere I went I counted birds and I liked to get them on my list! Getting a big list with lots of species was always fun, but I just liked counting the birds and creating lists. A few times I went chasing birds by myself to get a specific species on a specific list, or to see a Life Bird, but mostly I was content to just let the birds happen. However, with all the moves I’ve made and all the birds I’ve seen, it’s getting harder to add new species to my list by casual birding. And so last November when I saw postings of a leuchistic Canada Goose on the loose in Maine, I went chasing! I looked up the sightings on eBird and found myself on the back roads to places I had never been to before. 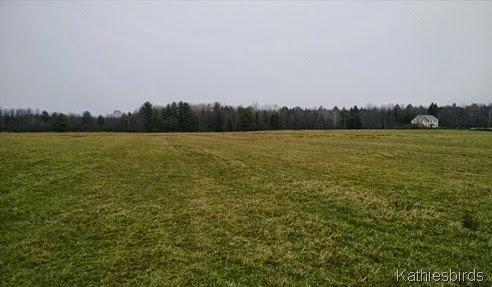 I ended up by these farm fields at an eBird Hotspot called Thornhurst Farm. 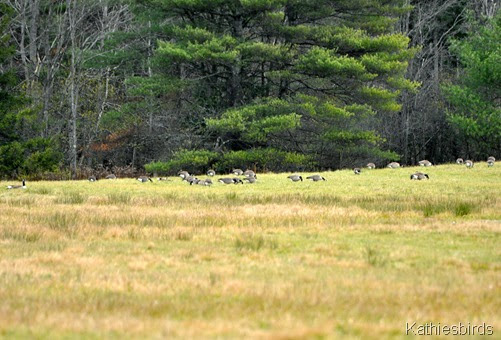 Where in these geese is it?

As I was scanning the field and the birds with my bins, another birder showed up. 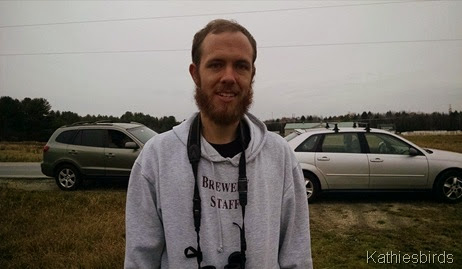 This kind young man helped me find the Greater White-fronted Goose, as well as the leuchistic Canada Goose. Getting photos was rather difficult as the birds were far across the fields and the light was flat and gray. The greater White-fronted goose was laying down, but the leuchistic Canada Goose stood up and stood out like a swan in a flock of crows. 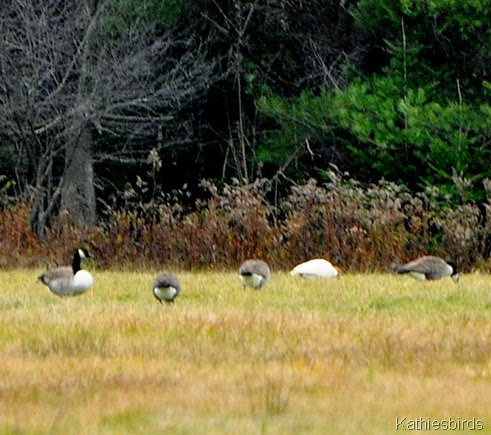 The leuchistic Canada Goose. It’s the white one.

It has no pigment in its feathers but it is not an albino bird.

(see link at end of post for info on leuchism)

There were not many birds here on this gray November day,

but I got the ones I came for.

I was chasing birds! 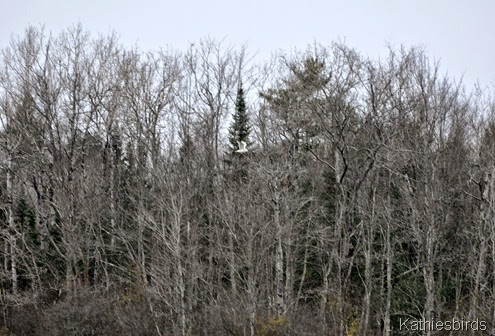 A lone Ring-billed Gull flew by these gray November skies.

I got back into my car and headed down the road to the next spot. 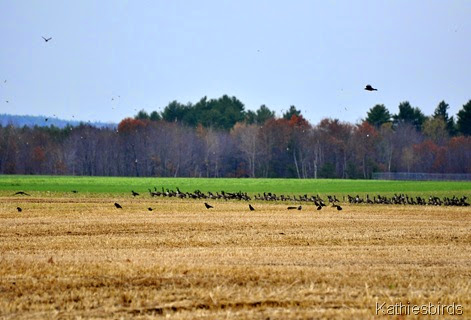 This time I pulled off on the side of the road at Gillespie Farm on Mayall Road.

I found more Canada Geese, a murder of crows, and… 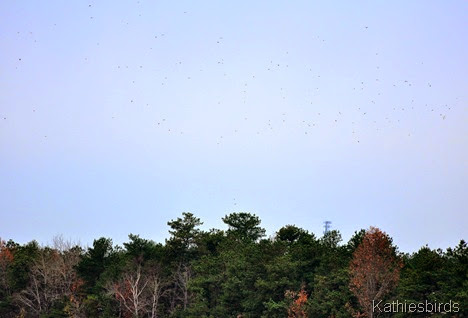 No. Those are just a few of the Horned Larks flying around the fields!

How am I suppose to count them all? 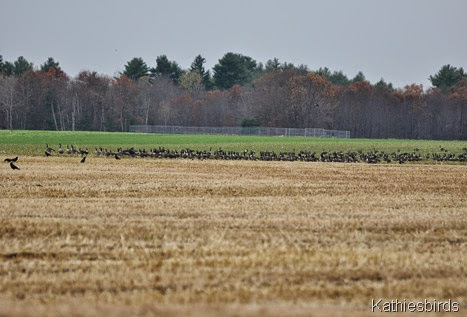 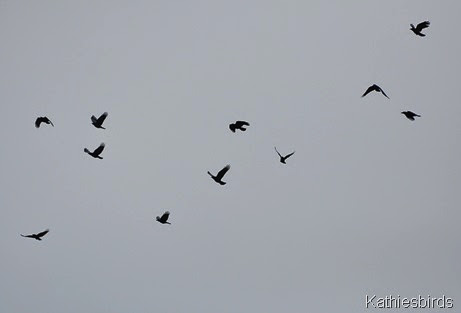 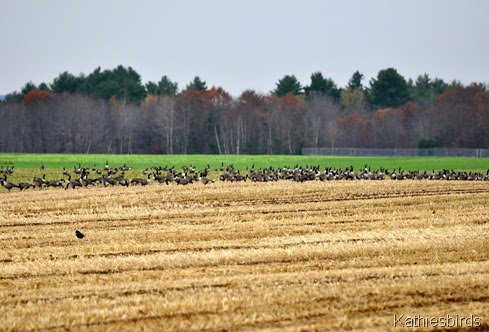 More geese, but no cranes! 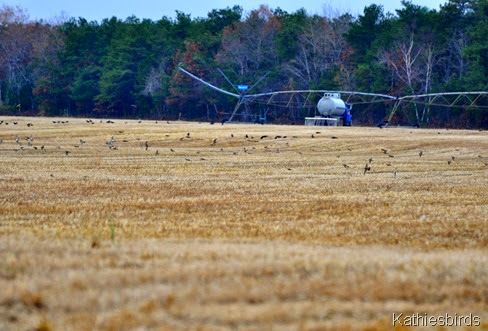 And somewhere in these hundreds of larks there are probably some snow buntings! I counted the larks but not the buntings. I could never positively identify them! However, I did get to see the larks up close and personal with my bins. However, with birds on the ground in these conditions, my photos were just too terrible! Straw-colored birds on straw-colored ground in gray autumn light is not easy to differentiate! Still, I was adding species to my Maine Life List. Now I wanted to add to my Androscoggin County List, so I headed to Auburn, Maine. 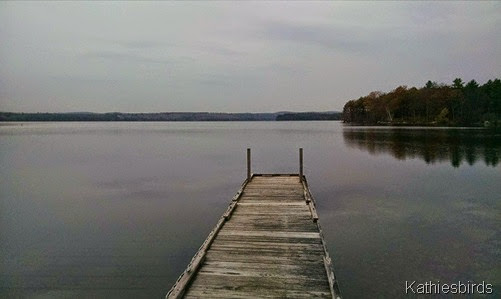 I was hoping to find some ducks or loons at Lake Auburn, but no luck.

It was so still and quiet! 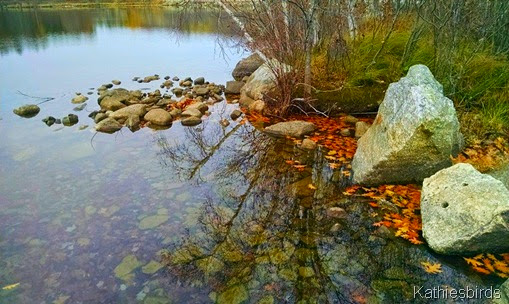 The only birds I found here were a Ring-billed Gull and some goldfinches and chickadees! So I moved on to another new location for me: 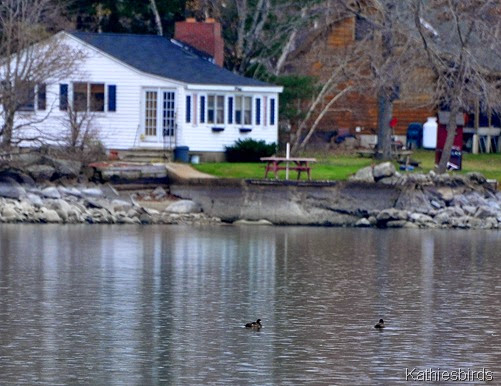 By now it had started to rain. It was late afternoon and the poor gray light was fading even more. I tried one side of the pond at first, then found a southern access alongside the main road. 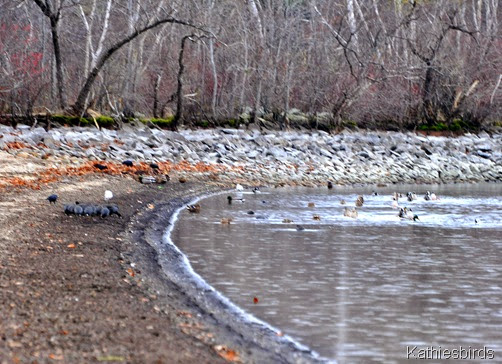 It was here that I saw my first Coots in Maine! 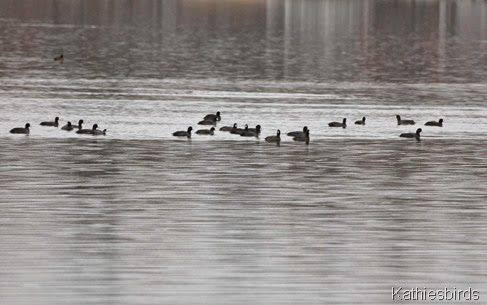 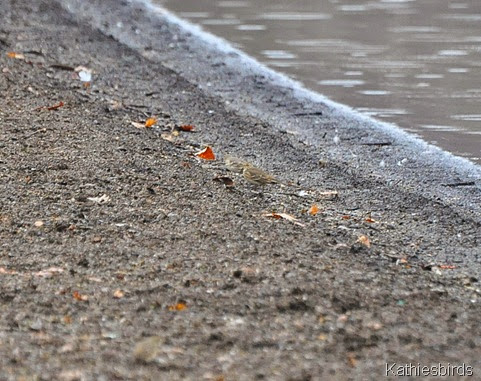 I also found my first American Pipits in Maine!

With the daylight fading I crossed the street to get back in my car, but as I neared the door I saw something in the top of the trees in the bog. 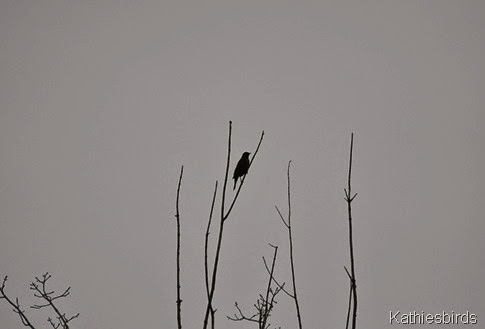 I could tell it was a blackbird, but which species?

As I drew closer I could just make out some rusty coloration on its back and breast. In this poor light, I could see its white eye and square tail! These are the markings of a Rusty Blackbird! What a bonus! This chase brought me to new places and added new species to my Maine Life List and my 2014 Year List last year. I think this was my last chase of the year, for shortly after this I got sick and passed out on my hallway floor, then I hurt my leg and was on crutches for a week, and then I had a major abdominal surgery right before Christmas. I was barely getting around after that when I fell and dislocated my left shoulder! It will take awhile to mend from that but I hope it will not be too long before I am out chasing birds again! Until then, I’ll just keep listing the birds in my yard! 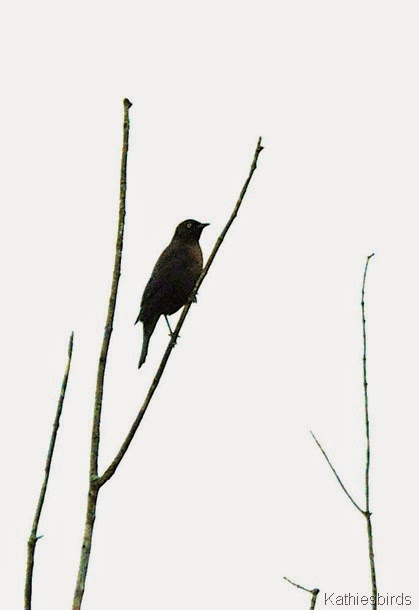