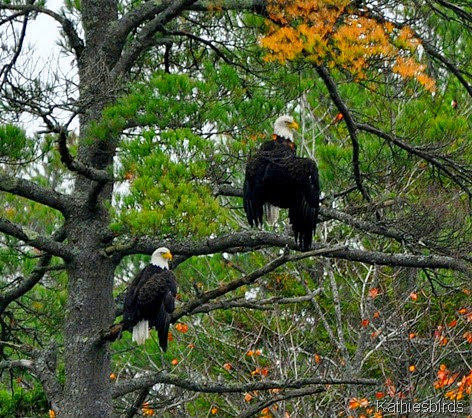 Gus and I stayed up to say good-bye to 2014 and welcome in the New Year. This morning I was up early counting my first birds of 2015. I heard a crow calling before I even got out of bed on this cold January morning, but the first bird I saw was a tiny American Goldfinch clinging to the feeder. I am up to 12 species in the yard so far this morning. 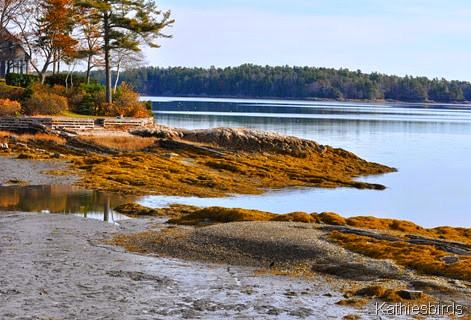 I finished the year with 106 species seen in my yard and 90 species seen at the Boat Launch. The last species added to my Yard List was a Surf Scoter seen on November 29th from my living room window. With the leaves off the trees I can now see down into Maquoit Bay and when the ducks come close enough to the shore I can easily identify them. 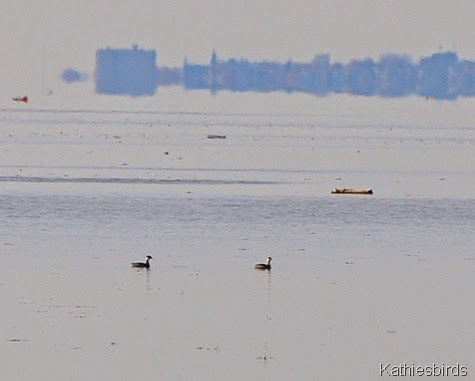 The last species I added to the Mere Point Boat Launch Hotspot were Horned Grebes, Long-tailed Duck, Red-tailed Hawk and a Brown Creeper. I spotted these Horned Grebes in the bay on November 13, 2014. They were far down the point and you can see the outline of Portland across Casco Bay. I took the shot while standing on the floating dock and had to greatly crop it, but you can still see their overall shape and coloration. My Yard List is higher than the boat launch, because I’ve counted birds here almost every day since we moved here in February of 2014. This is my largest Yard List ever and I look forward to adding more species in this New Year. Many of my neighbors and even my landlord have seen a barred owl around my yard, but so far it has eluded me and my bird count! I did create an eBird Patch of my yard, the boat launch, the point, and Rossmore and Mere Point Roads. The total number of species seen in this patch is 131 species of birds and the newest addition to the overall patch was a Northern Goshawk that was hanging around my yard for a few days in November, though I have not seen or heard it recently. 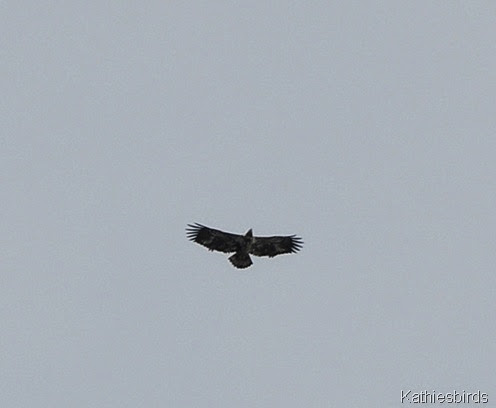 The picture of the Bald Eagles at the top of this post was taken in October when my friend, Dawn Fine was visiting me. We have no lack of Bald eagles down here on the point and I frequently see them flying over my yard! I photographed this immature Bald Eagle from my yard on November 13, 2014. 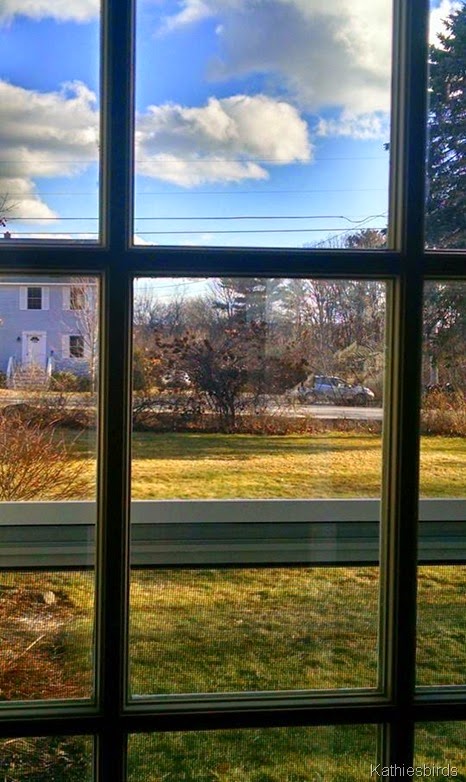 Most of my world is seen from my windows as I continue to recover from abdominal surgery. All went well, but I am still a bit sore and I find I tire easily. It’s hard to remember not to bend over or pick things up. Just this morning I wanted to move a chair from on place to another. I caught myself in time just before I did it. It’s something I would do without thinking before. I am getting a bit squirrely from being house bound and I may have to have Gus take me out for a drive soon, because I need to see more birds than the 16 regular species that show up in my yard. Plus, I need to get my first count of the year in at the Boat launch! I keep reminding myself that it will not be like this forever, and so I look forward to this New Year with hope. 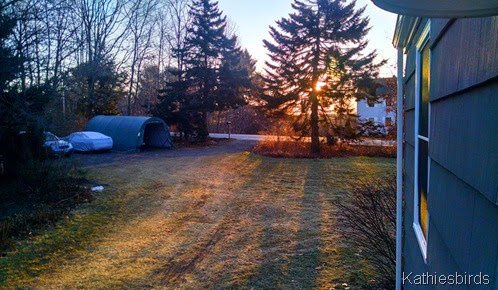