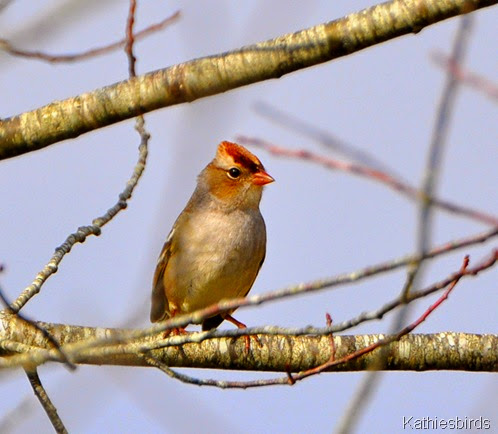 On this snowy day I am stuck at home going through old photos and trying to catch up. When I came across these photos of some White-crowned sparrows with tan-striped heads they just made me smile. I photographed these birds last October at Wharton Point when my friend, Dawn Fine was visiting me. I drove her over to Wharton’s Point Landing to see the birds. On our way we found a pair of Bald Eagles perched in a pine tree over the pond on Rossmore Road. Once we arrived at Wharton’s Landing there were all kinds of shorebirds in the water, but on the land these sweet first year White-crowned sparrows were in the trees and surrounding bushes. 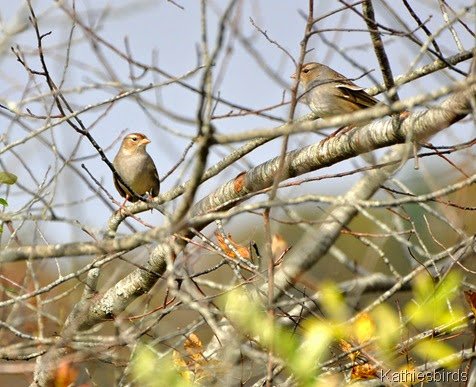 White-crowned sparrows don’t stay around here for very long. We just get to see them passing through on spring and fall migration. I think this was the highest count of White-crowns I had counted here in Maine with 6 individual birds counted. 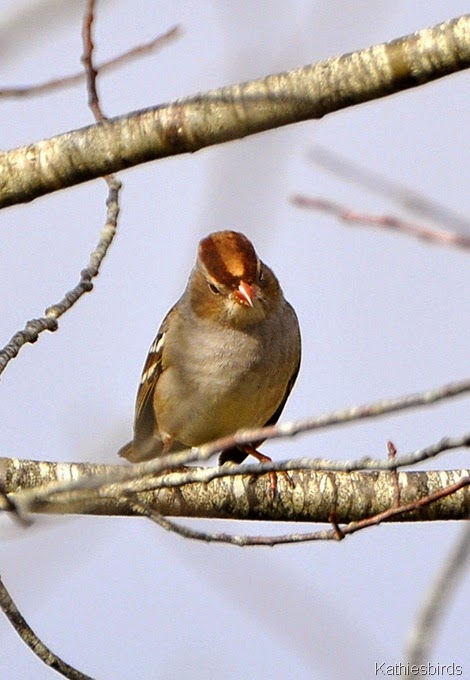 White-crowned sparrows are found all across the United States with various subspecies in the east and west. The adult birds have beautiful black and white contrasting crown stripes, but the immature or first winter birds have this tan striped head. If they pass back through this area on their return trip in the spring, I won’t even recognize them as the same birds with their new black and white crowns! 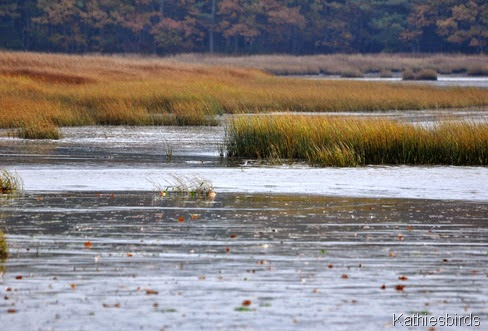 Meanwhile, back here at home…. 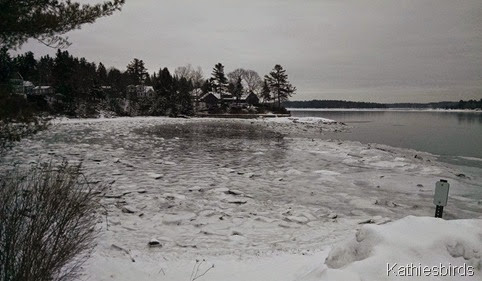 I stopped by the Mere Point Boat Launch on my way back from town yesterday to do a quick bird count. To my surprise, most of the bay was frozen with ice cracked and stacked in the cove near the boat launch. Though most of the bay was frozen, there was an open channel of water with a few scoters and goldeneyes paddling around and diving down into the cold, gray depths. There was also a pair of adult Bald Eagles flying up and down over the open water. My view was partly blocked by buildings and bushes, so I could not tell if the eagles were trying to catch some fish or if they were harassing the ducks and trying to catch themselves a duck dinner! I rolled my car window down and I could hear their chirping cries ringing out over the icy sea! If you have never heard a Bald Eagle call, you might be surprised at the chirping sound. It is not at all a fierce sound, like the call of a Red-tailed or Swainson’s Hawk, or the hair-raising wail of a Northern Goshawk. But, once you learn it, you will always recognize it! 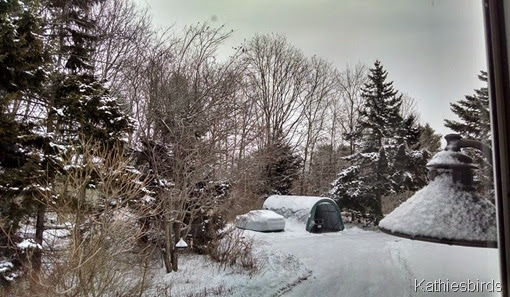 This morning I awoke to this: a gentle gray day with light flurries that have fallen off and on all day long. The yard was pretty quiet when I first got up this morning, but I soon found out why when a juvenile Cooper’s Hawk flew up into the treetops at the edge of my driveway. After awhile it left and the birds returned to the feeders. I counted 17 species in the yard today, including a First of the Year in my yard pair of Red-breasted Nuthatches! The Cooper’s was also my first sighting of one in my yard this year. A couple of days ago there was open water on Maquoit Bay and a flock of Goldeneyes swam close enough to the shore for me to see them from my living room window. That made species number 107 for my Yard Life List, and with the addition of the Cooper’s Hawk and Red-breasted Nuthatches in the yard today I am now at 27 species in the yard for 2015! My Big January Count is currently stuck at 46 species for the year. I need to get out and find me some more birds! 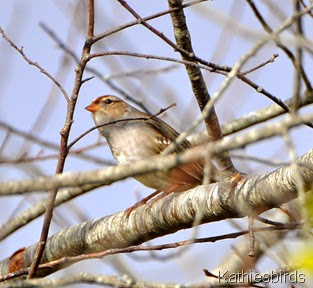