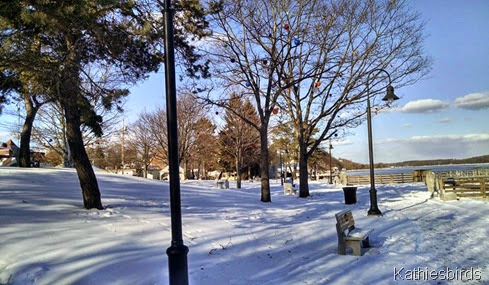 On January 10, I had Gus take me for a drive to Bath, Me to count some birds. I just needed to get out of the house and see something different. We drove to the Bath Riverfront Park to see what we could see. 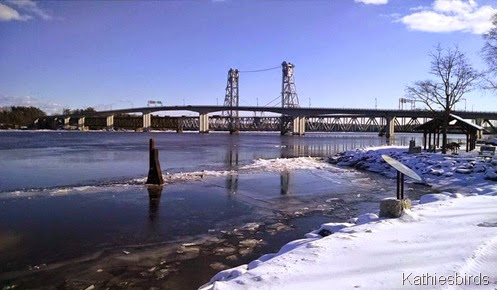 I always like the view of the bridge over the Kennebec from here. This bridge connects bath, Maine with Woolwich. It’s fun to drive across this bridge and see the view from up there as well. 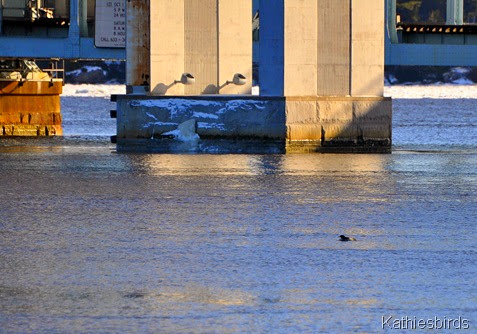 I found a few mergansers swimming in the river by the bridge piers. 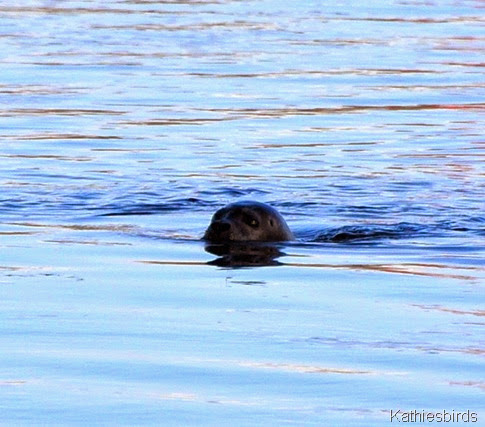 Gray or Harbor Seal in River

But I was even more surprised when this seal popped its head out of the water almost in front of me! 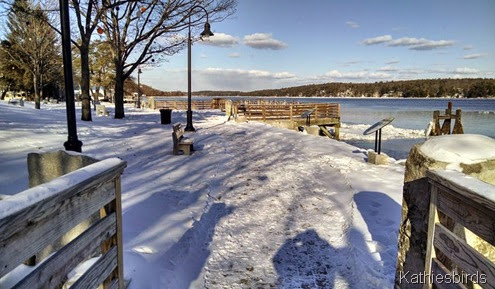 Standing on the little bridge

My shadow was already long even though it was only a little after 1 PM! 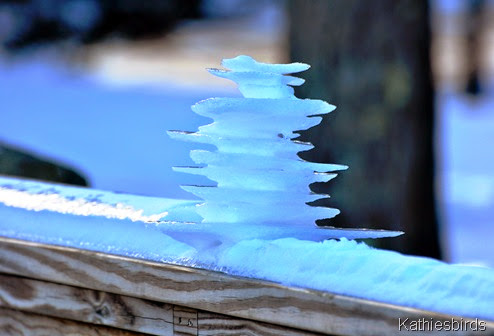 Someone made an ice sculpture on the bridge railing.

Next Gus drove me north to the North Boat Launch. It is officially called The North End Launch Facility on the sign and on eBird. It is an eBird Hotspot. 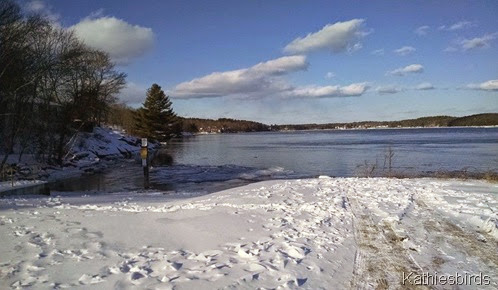 Looking out over a bend in the river at the North End Launch Facility in Bath.

The gulls like to gather in this spot for some reason.

I took a few photos of the gulls on an ice floe and discovered a very pale gull in the middle of the rest. I am thinking it may be an Icelandic gull or a Glaucous gull. I am thinking Icelandic. Can you see it in the very bad photo below? It is pale and has no black wing tips. It is in the center of the photo. A Glaucous Gull would be a Life Bird for me. The Icelandic would be a First of the Year and a First in Maine bird. 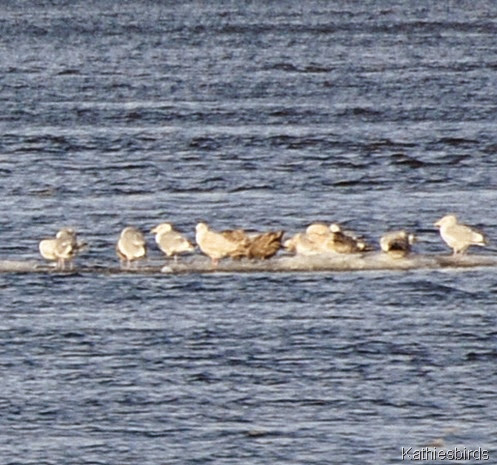 Is this pale gull a Glaucous or an Icelandic Gull? 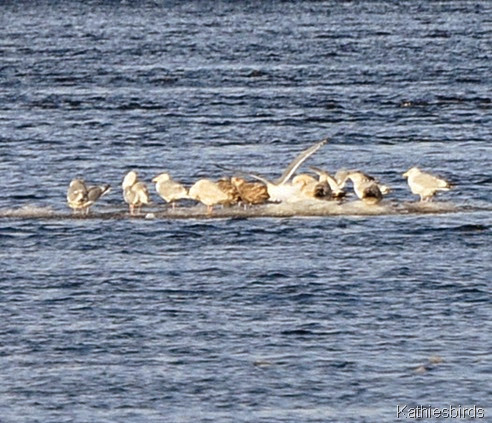 The gulls like to gather on the ice floes at the North End Launch Facility. 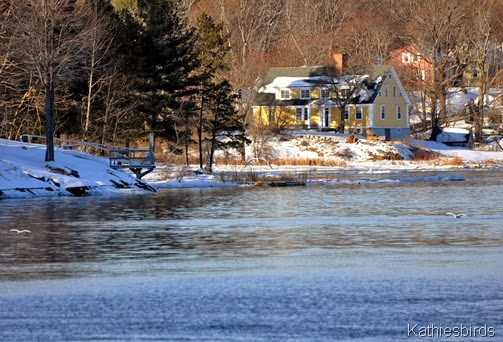 Another view of the river’s edge from the North Boat Launch in Bath.

Next Gus drove me down to the South End Launch Facility. It is one of the first places I went birding on my own when I moved here last year. I nominated it to become an eBird Hotspot because it is close to the water and an easy public access spot. After checking the records, I can see I need to come here more. No one is counting birds here but me! All you ebirders, please come bird here! A backwater cove at the South End Launch Facility in Bath, Maine. 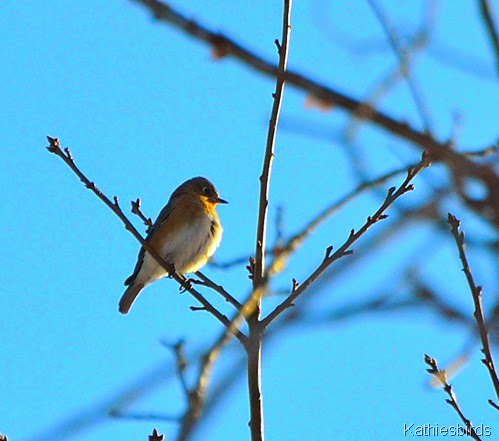 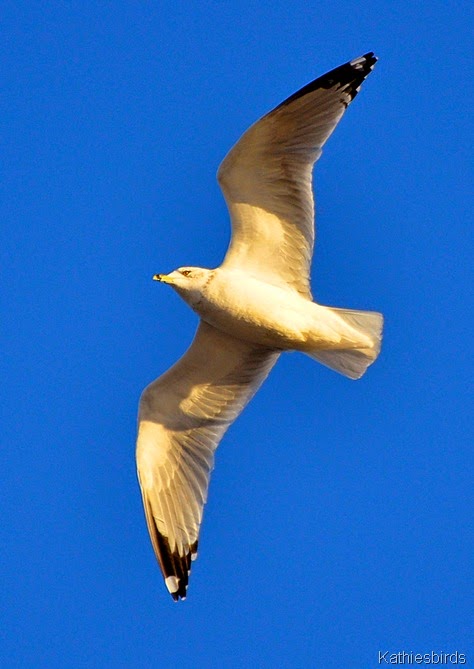 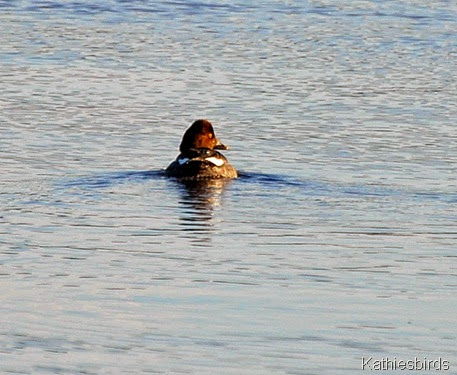 On January 13th I had my daughter drive me back up to Bath, ME for some more birding. We visited all the same places, but the weather was much colder and the wind coming in over the water was frigid! We didn’t stay long at the Bath Riverfront Park because we had to get out and walk and the wind went right through us, so we drove up to the North Launch Facility where I could bird from inside the car. Still, when the gulls on the ice floes suddenly took wing, I stepped out of the car to photograph what was going on. 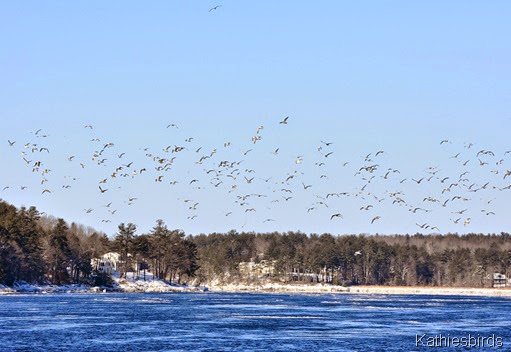 Hundreds of gulls take to the sky. 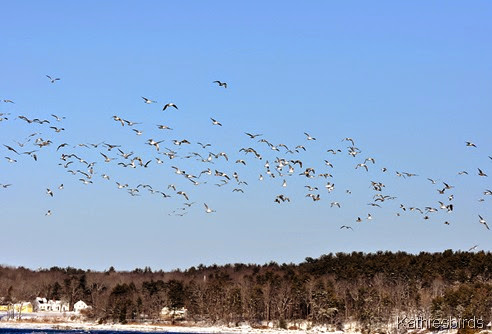 I am wondering Why? 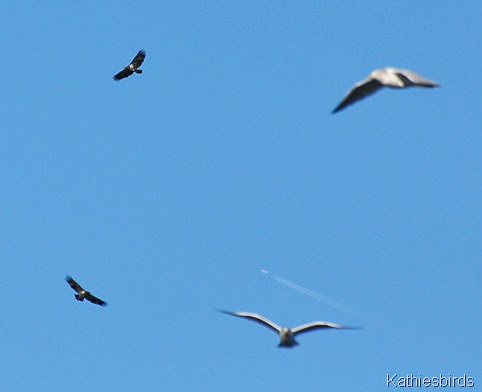 Until the eagles fly by! 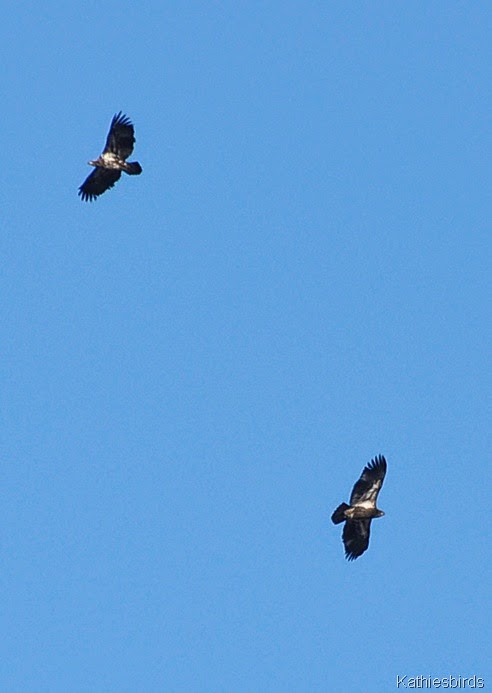 This pair of immature Bald Eagles just seemed to be having fun chasing gulls around! 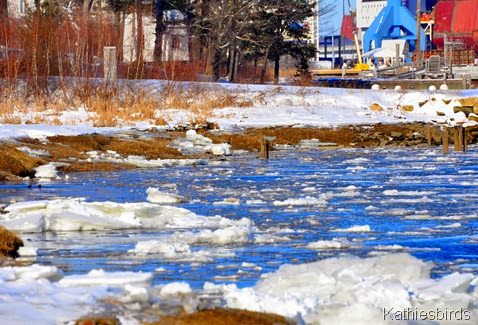 Back at the south boat launch the little cove where I saw ducks last week was freezing up and full of ice chunks! Still, in amongst the ice I still saw some ducks! 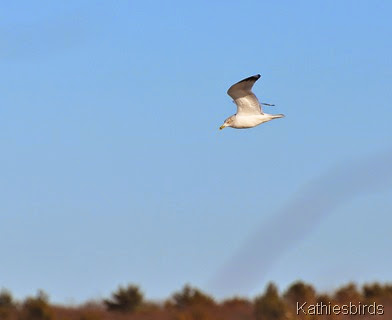 But, when this Ring-billed Gull flew by over the Kennebec River, it took one look at that cold water and flew away! Me? I jumped back into my heated car with the heated seats and we drove away! Too cold for birds and birding!