When the Cooper’s Hawk Came to Dine 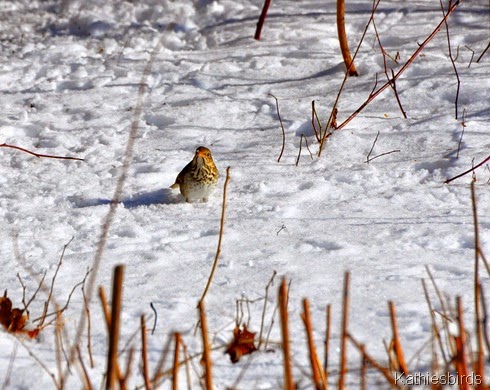 I was so thrilled to have a Hermit Thrush in my yard this winter. It showed up on January 18 and I saw it every day until February 9th. That is when I looked out my kitchen window and saw a Cooper’s Hawk dining on a bird beneath the feeders. 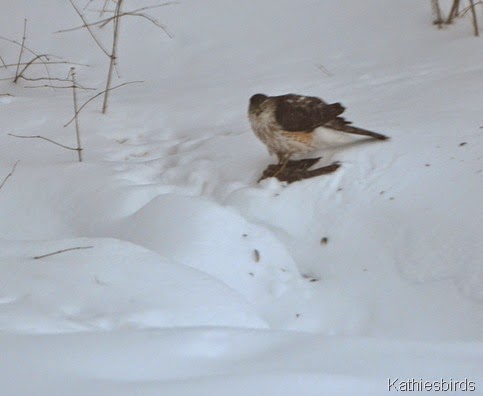 I had hoped that maybe this was a Mourning Dove instead of the Hermit Thrush, but the size and shape of the bird suggested it was my thrush. It was late in the day and the light was low but I thought I saw the speckled breast contrasted against the snow. I didn’t dare open the back door because even though it made me sad to see the dead thrush, I know how hard it is for birds of prey to find food in winter. Even then they are successful only 10% of the time. Hawks are not seed eaters. They have to eat meat to survive. Nature deemed that it was the hawk’s time to dine and the thrush’s time to die. 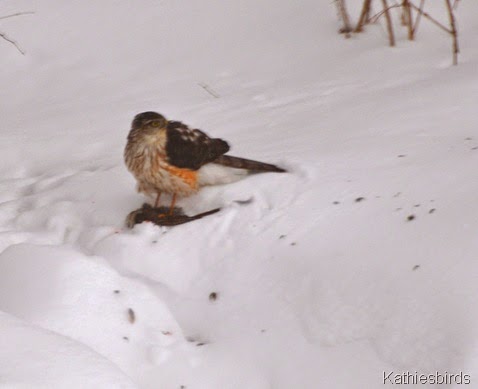 So, goodbye dear thrush, you made me smile.

Live well young hawk, as part of the web of Life. 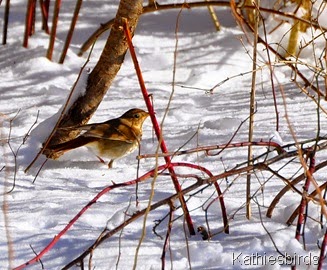