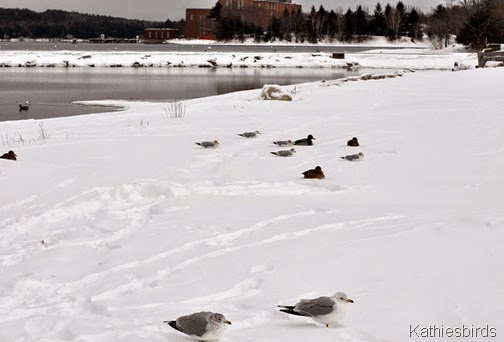 Mallards and gulls in Wiscasset, Maine 2-7-15

February 7, 2015: I was tired of being confined indoors by injuries and weather. Saturday morning started out sunny and blue, but by the time Gus and I headed out for a drive north along the coast of Maine the clouds had rolled in once again giving the world that winter gray look. I wanted to go someplace new. At this point I did not even care if I saw birds. I just wanted to see someplace new. However, we stopped in Wiscasset along the way to count the birds in a little cove I discovered after moving here last year. When we were here last year a man drove up with a sack of feed and poured grain all over the ground. This time there was much more snow cover, but I could see where someone had poured grain out for the ducks and gulls once again. 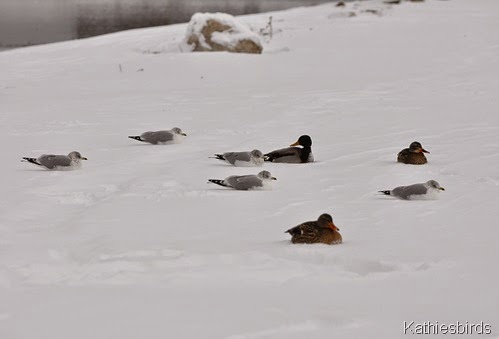 I had not seen a Hooded merganser yet this year and I remembered that I had seen one in the cove last year, so I had my eyes open as we came down the hill. the little inland cove was almost entirely frozen over, but in a small pool of open water I saw one female Hooded merganser. Gus pulled over and parked so I could get out, but she took off before I could get her picture. However, the gulls and mallards sleeping on the causeway were not the least concerned by my presence. 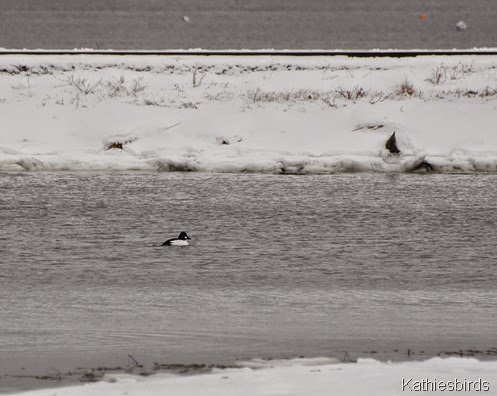 Out in the open water I spotted a male Common Goldeneye. 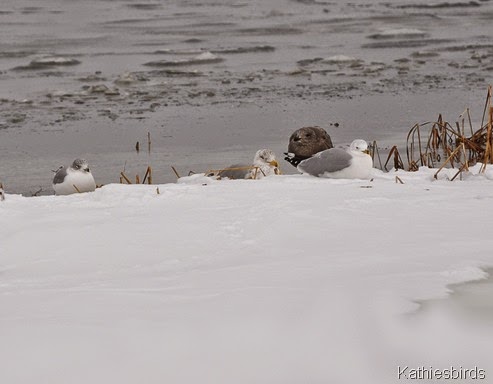 There were a few Herring gulls mixed in with the Ring-billed Gulls. 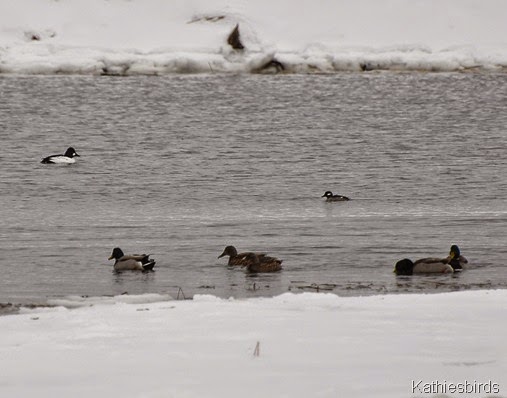 Common Goldeneye, Mallards and a female Bufflehead all swimming together. 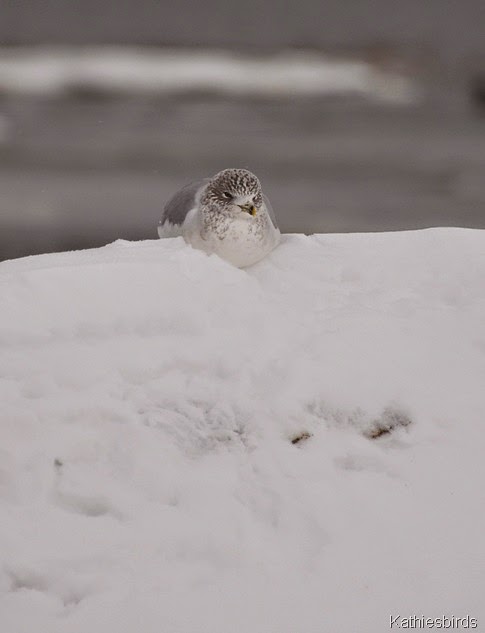 I just love this picture of a Ring-billed Gull roosting in the snow.

It seems so odd to see birds we associate with beaches and summer in winter and in snow. If you know anything about snow and air temp, you know that snow is actually warmer than the winter air, especially when the wind is blowing! It was very cold on this day. This gull almost looks warm! 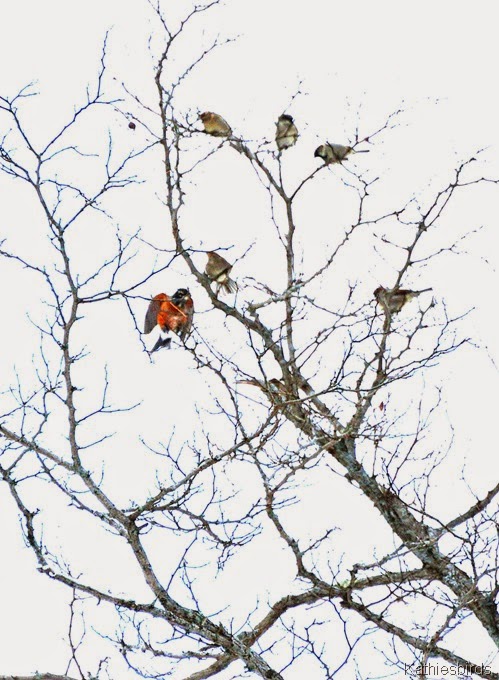 While House Sparrows are common all over the United States, I find it hard to find them here in Maine! I wanted to get them on my Big January Bird List, but never saw one anywhere in Brunswick or Topsham or even in Lisbon, Maine. But, here on a side street in Wiscasset down by the water’s edge, I found a flock of 50 House sparrows! My First of the year for this species! Wiscasset is in Lincoln county, so this was my first time counting in Lincoln County this year as well. Every bird I saw was new for the year here, so I was quite happy to find a few robins, Blue Jays, Crows and House Finches as well. 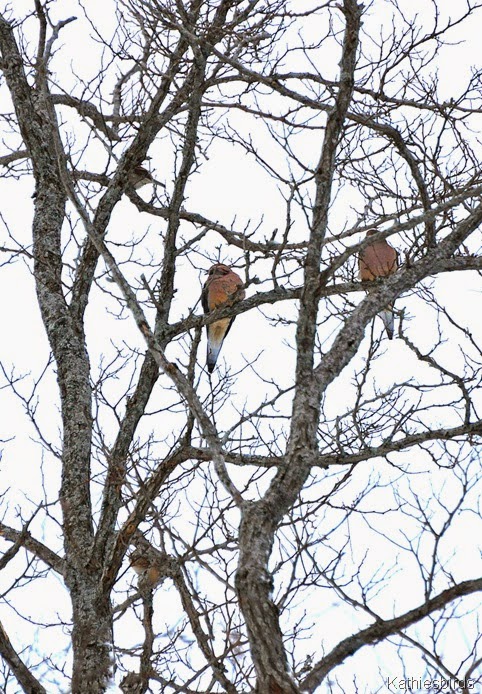 I also spotted a couple of Mourning Doves in a nearby tree.

We spent about 20 minutes here before heading north to find more birds on this gray and cold winter’s day. Here is the list of birds I counted in Wiscasset on Saturday, 2-7-15:

*New Species on my Lincoln County Life List which stands at 48 species now with the addition of these 6 new species!

Next it was North to Rockland and Owls Head! 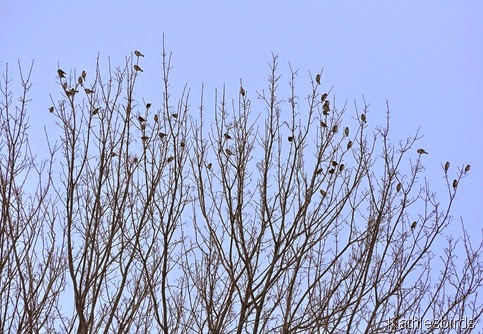 House Sparrows in Treetop, Wiscasset, ME 2-7-15