A Spring Trip to Scarborough Marsh and Pine Point 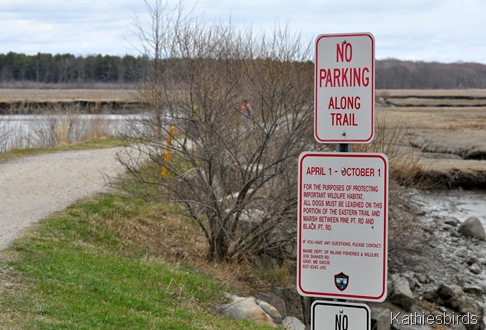 April 26, 2015 It was a gray day in April when Gus and I drove to Scarborough marsh. I have only been here a couple of times since our move to Maine. I knew this was a place where I could watch birds while Gus took a walk. He had never been here, so I was happy to show him this place. I hoped to pick up some of the Spring Migrants for the year. Last spring I saw my Lifer Northern Wheatear here. No such luck this time around! 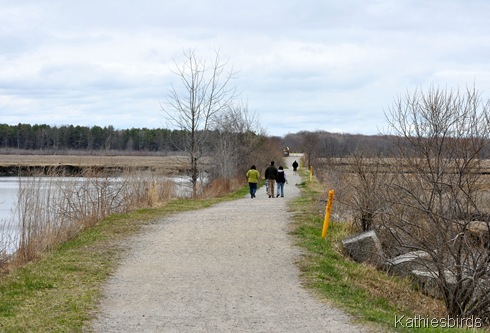 After the long, snowy winter everyone was eager to be out walking! 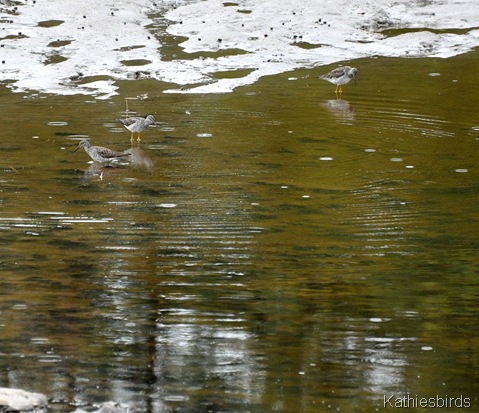 I saw my first yellowlegs of the year at the marsh, but it wasn’t very active here, so we moved on to Pine Point. Though it was gray and overcast, with a few sprinkles now and then, the air was mild. 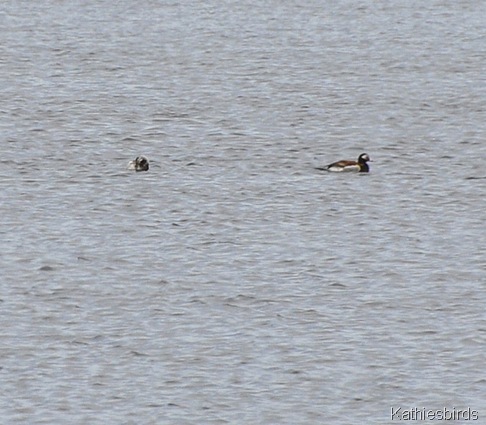 I spotted some lingering Long-tailed Ducks out in the harbor! 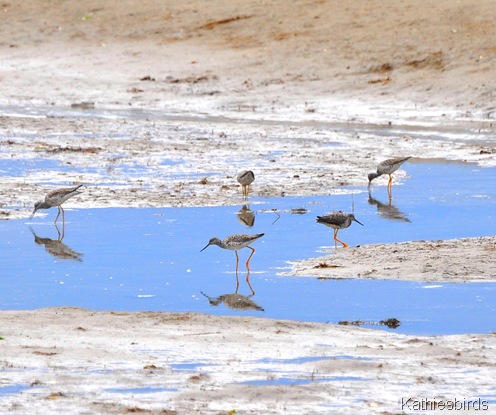 And even more yellowlegs! 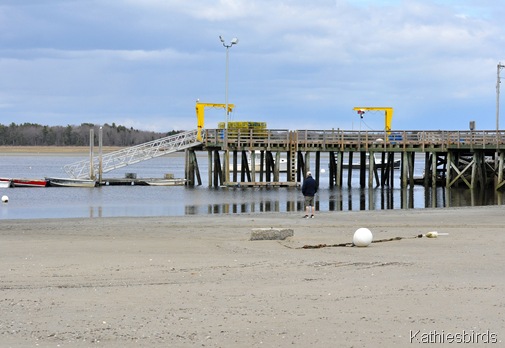 Gus walked the shoreline while I looked for birds. 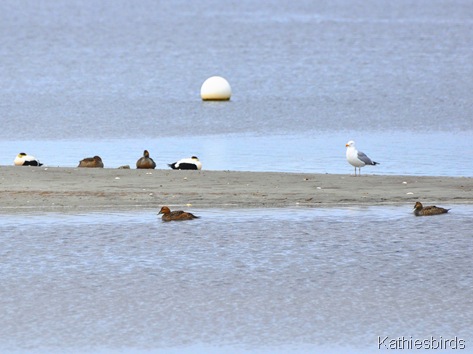 Common Eider and a Herring Gull at Pine Point. 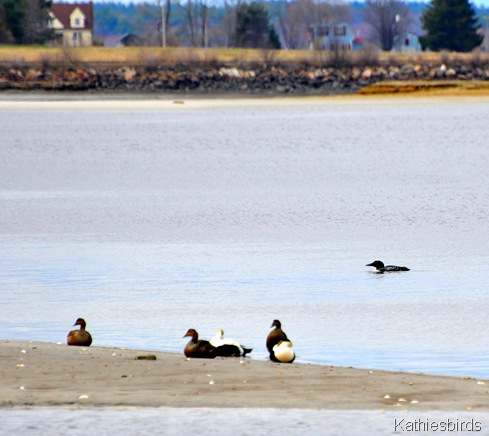 Common Eider and a Common Loon at Pine Point 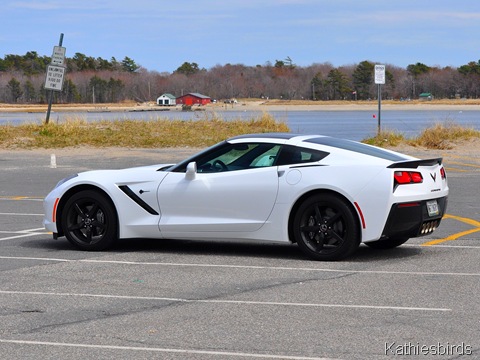 The Pavement Princess! (She does not do dirt roads!)

Someone else’s ride (below)! 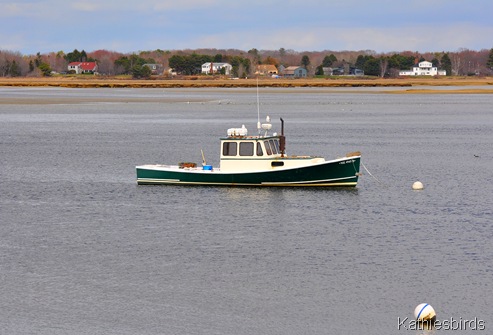 Boat in the harbor 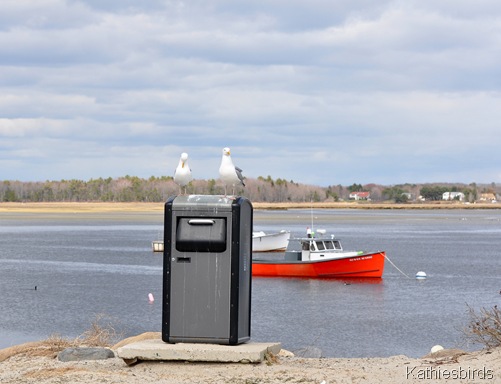 These two gulls look like they are watching and discussing everything! 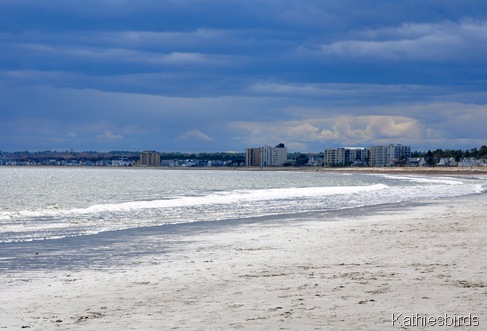 We checked Pine Point Beach for peeps next, but no luck! 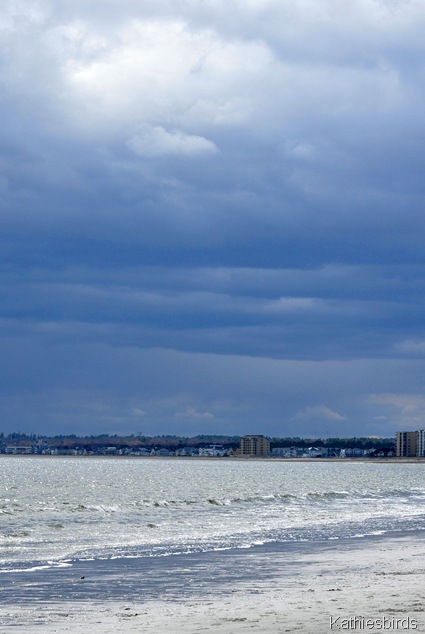 With a storm brewing, we decided to head inland… 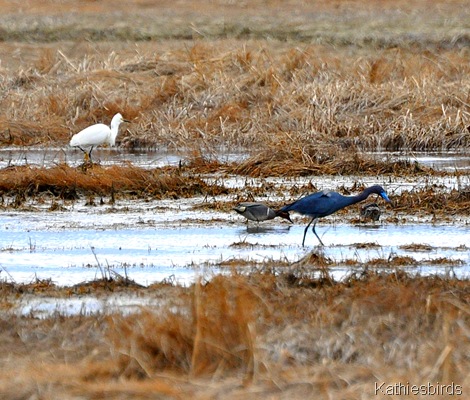 …but not before stopping to check out the birding in the swampy area behind the Pelreco building! Birds love this spot behind an industrial building! 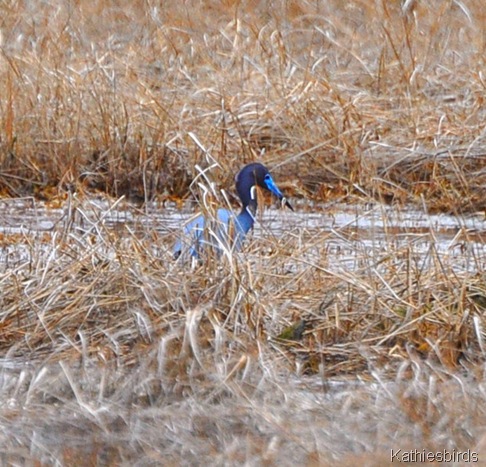 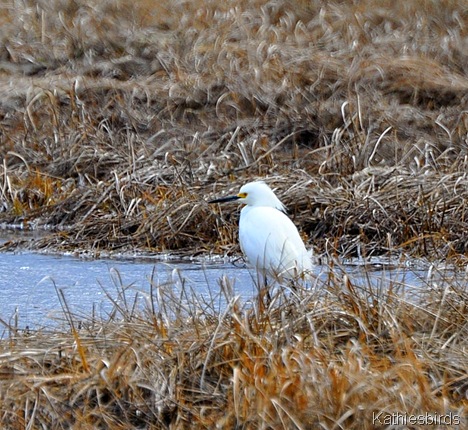 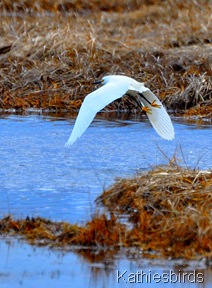 I love those yellow feet!