The Fox, the Storm, and the Morning After 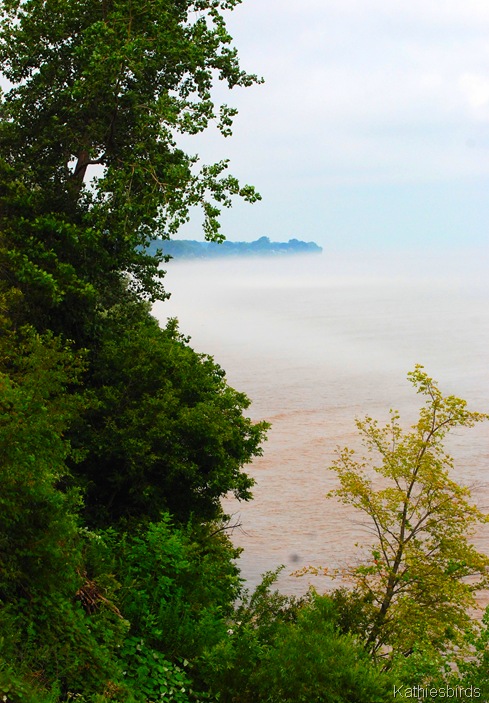 The morning after the storm a fog gathered on Lake Ontario as I packed my bags for home. I walked out into the cool, damp morning air listening to the birds of AMOC Camp for one last time. After loading the vehicle up I grabbed my camera and binoculars, a cup of hot tea and my chair, and wandered down to the shore cliff one last time. I stood on the cliff in the morning light, gazing at the transformation from last night’s storm. 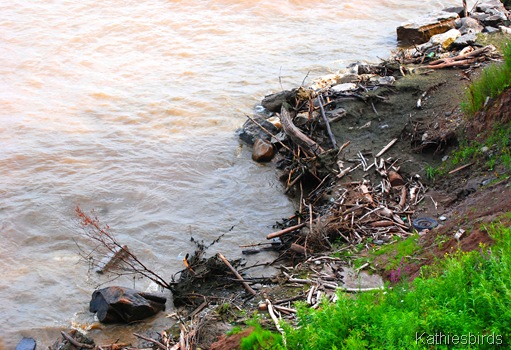 Below me I saw Bank Swallow Beach tossed and turned and muddied, the water lapping brown and sandy against the accumulated debris. The little rocky beach where I had watched children playing just two nights ago was now gone. Big chunks of that bank now lay at the water’s edge slowly being dissolved into the lake. 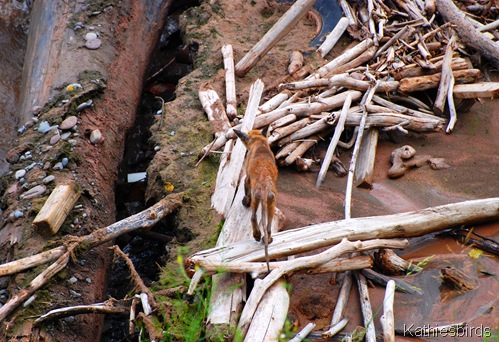 Sitting back in my chair I searched the bank and beach below for signs of life. As I sipped my tea I suddenly sat bolt upright as I gazed below me at some scraggly movement. A lone fox, tattered and battered, limped along the shoreline. 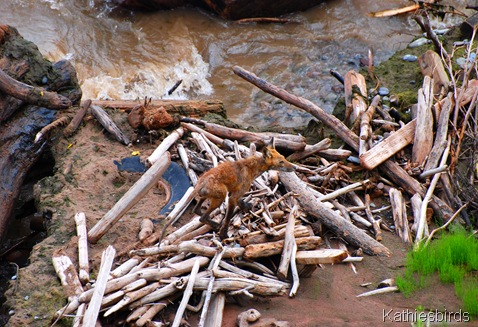 Most of its fur was gone and its left rear leg appeared to be injured. 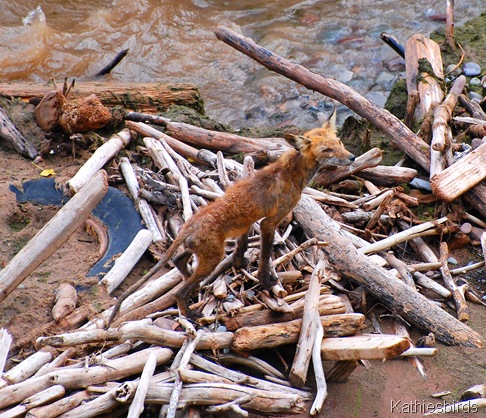 It sniffed the air as it trotted painfully across water-worn sticks and branches. 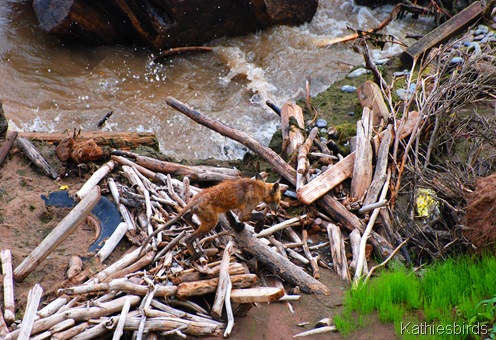 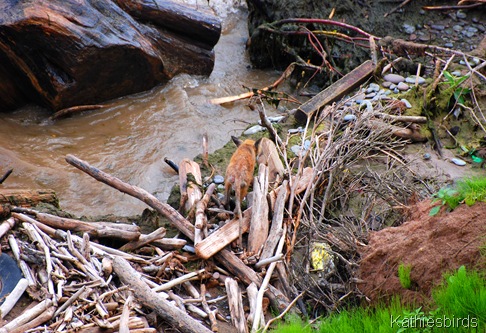 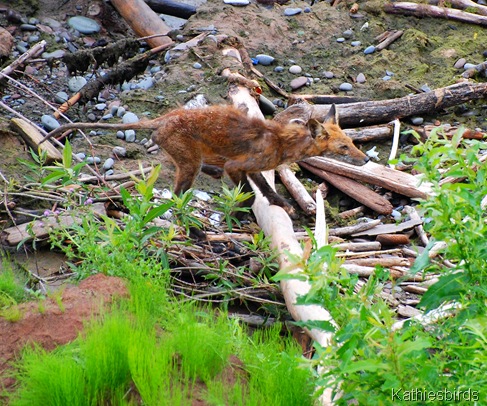 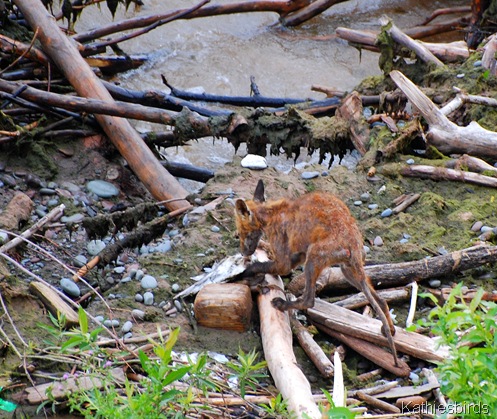 Suddenly it spied the carcass of a seagull lying in all that debris and it fell on it ravenously. I had seen that headless carcass a couple of night ago, lying there in the muck and rocks. It was there on the beach behind the children. They played in the water, the dead gull unnoticed behind them. The next morning I saw it again, but by then there was little more than the wings left. Something had eaten the body. Now the poor hungry fox picked at what was left of the wings, then, carefully stepping over a few logs it found a fresh spring running down the cliff and into the lake. It drank the clean water from a little gully as it flowed towards the mud-ridden lake edge. 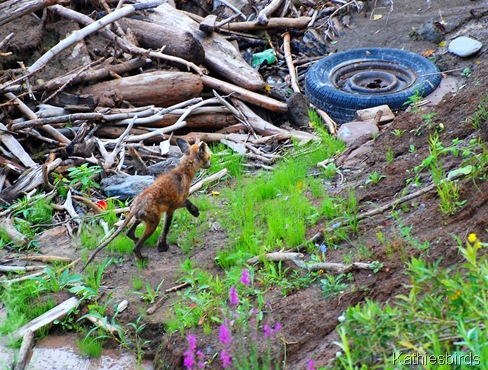 As I continued to watch the fox hobble over the re-sculpted shoreline I saw it scramble over an old tire, lying there in all that debris and it occurred to me that in many ways this fox is a metaphor for our environment. 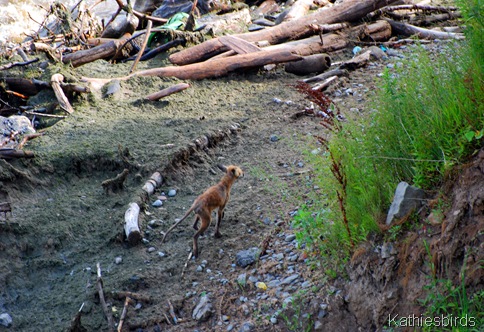 It has been beaten down, polluted and forgotten. While nature struggles to survive against all that this industrial age continues to throw at her, the poor thing limps on, trying to feed. Trying to heal. Will the fox survive? I suppose that is really up to us and how much we are willing to do, and how much we are willing to change. In all its poor condition, I still felt privileged to have this glimpse of wildness. I think we need it for our souls. I know I do. I cannot imagine a world without nature and I plan to do my part to preserve this earth to the best of my ability.

It was a poignant moment for me on this last day and I found it very hard to tear myself away from that beautiful shore and that peaceful place. 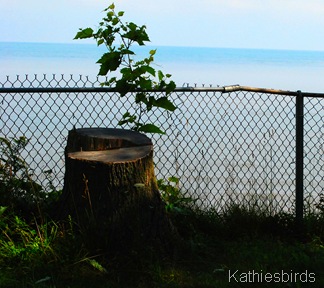 I will miss my viewing stump… 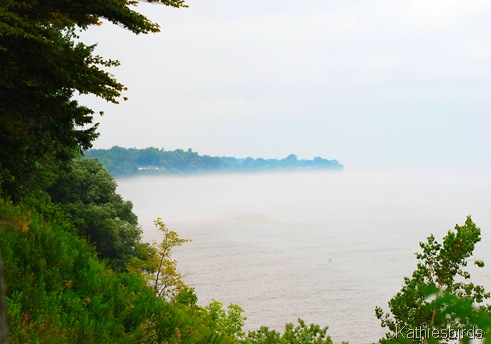