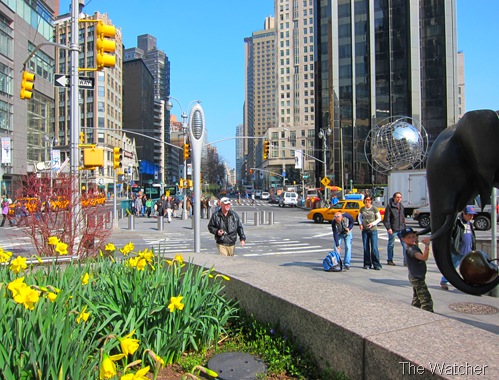 We started our Saturday morning in NYC at Columbus Circle. The Watcher served as our tour guide as he guided us around the streets. Gus came armed with his camera and his curiosity. We spent the morning hiking the High Line Trail where I saw a Peregrine Falcon and an Eastern Phoebe, both species new to my New York City and New York State Life Lists! But today was not about birding. Today was about showing Gus the town. 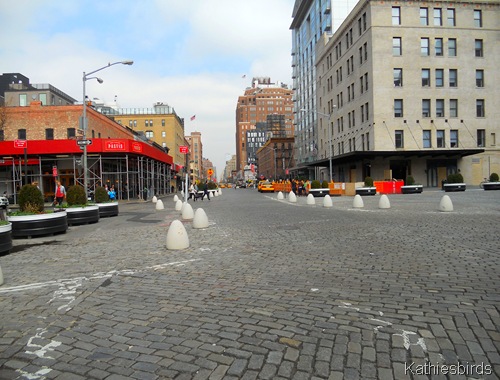 We left the High Line Trail around 1:30 PM with stomach’s growling. We walked the cobbled streets of Greenwich Village until we found a place to eat at the Bus Stop Cafe. 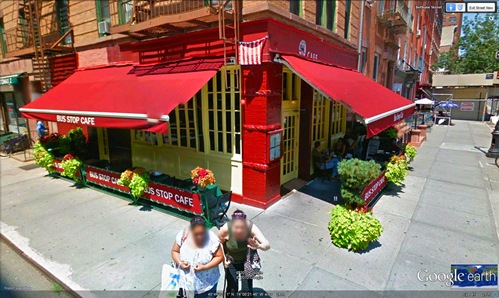 My brother got this photo from Google Earth of the restaurant we ate in. We sat right in that front corner by the windows and the door. I can’t believe I forgot to take a picture of the place but I think we were all a bit overwhelmed with all the sights and sounds of the city. The food here was affordable and very good. 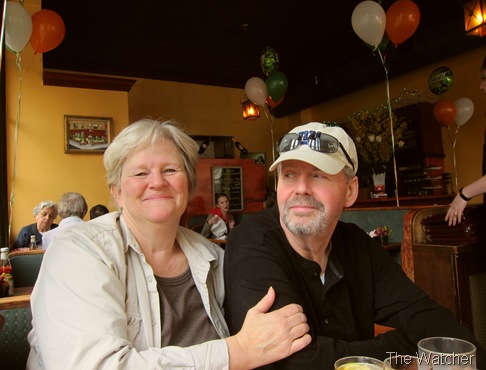 However, my brother DID think to take a picture of Gus and I inside the cafe! 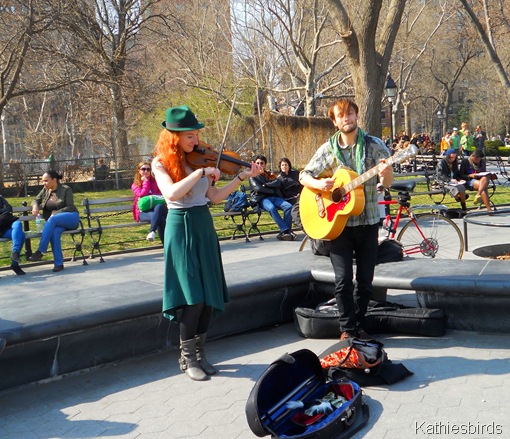 We soon hit the streets again and ended up in Washington Park where Irish fiddle music ruled the day! 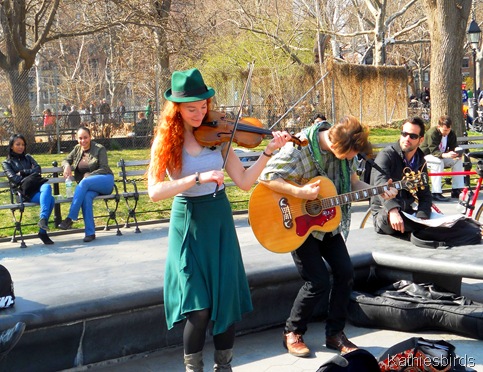 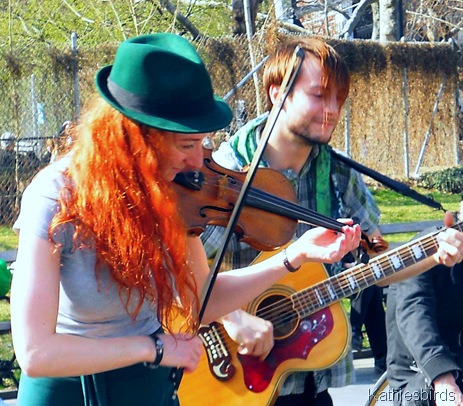 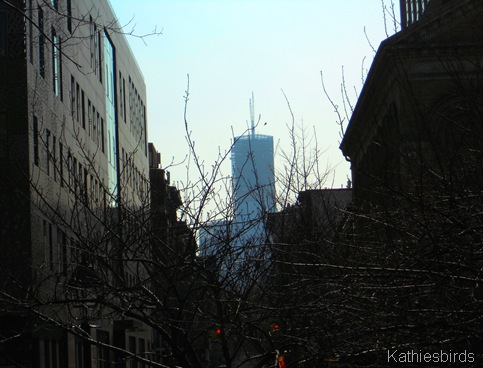 Standing in the park I could see the new World Trade Center in one direction, 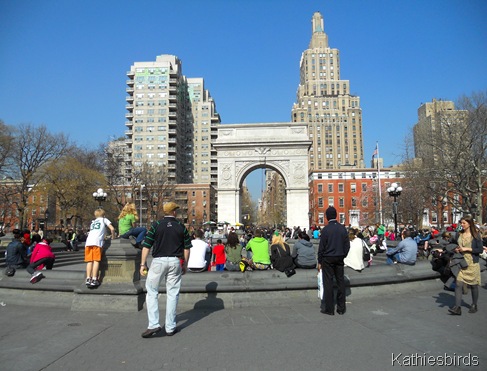 and the Washington Park Arch in another. That’s 5th avenue you can see through the arch. It is the place where the St. Patrick’s Day Parade took place earlier in the day. 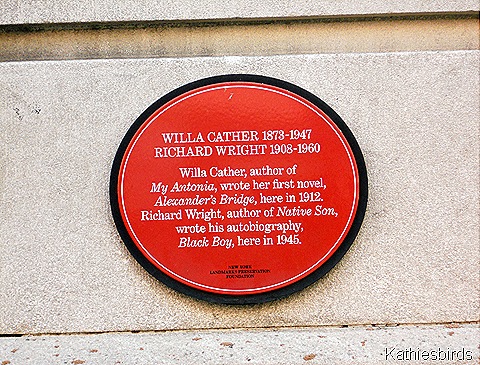 Surrounding Washington Park are the homes of famous Writers and Poets. 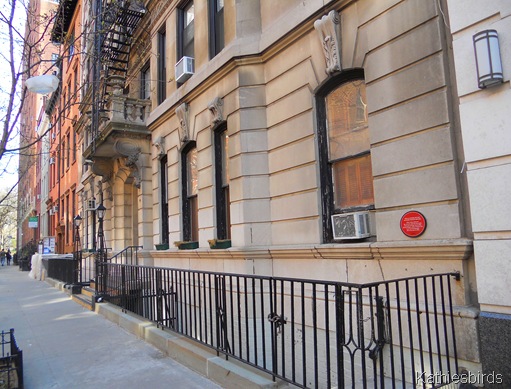 It’s kind of inspiring to think you are walking the same streets they did. 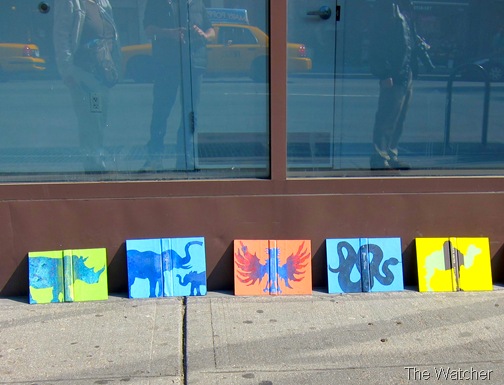 And you can’t walk the streets of New York City without seeing art, or the watchers reflected in the building! 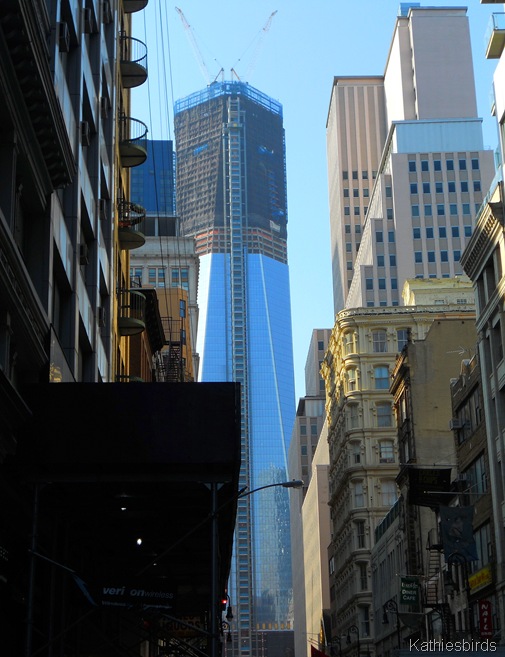 Down through the canyons of the city we walked with the World Trade Center always in view. 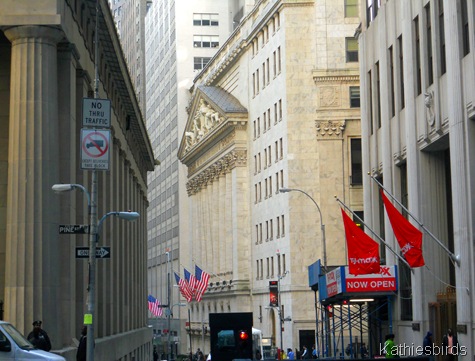 We walked past the stuff of movies and dreams only to discover that this place is real and you can see it and touch it and take its picture! This is the REAL Wall Street! 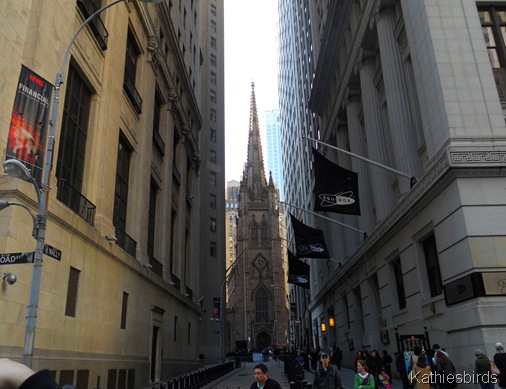 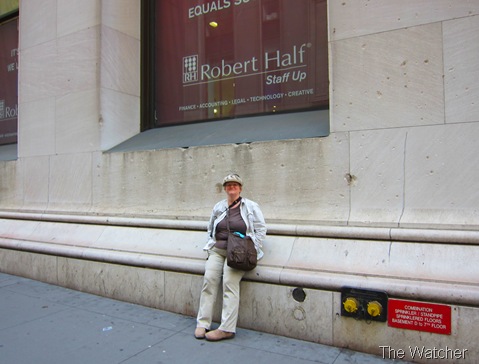 I’m sitting by the pock-marked wall of the former JP Morgan building which was hit by a bomb back in September of 1920. 38 people were killed and 400 injured from that bomb. The facade was never repaired in defiance of those who caused it. (You can read the Wikipedia article by clicking the link below.) 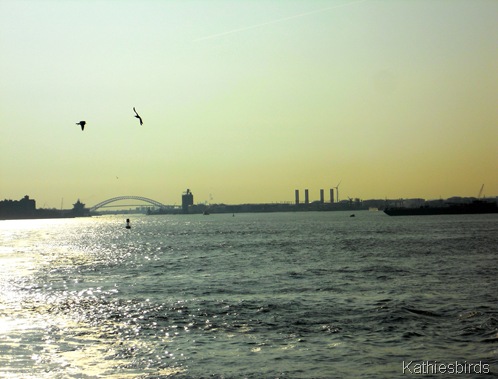 We ended the day crossing New York Harbor on the Staten Island Ferry where we had great views of New Jersey and New York City. The ferry was free and a bit crowded to say the least on the ride over, but the ride back was more pleasant and we stood at the bow of the boat taking pictures and watching sea gulls fly like streamers over the water. Gus took tons of photos and as soon as he processes them I will try to do a post of his photos or maybe even get him to write his own! Don’t worry, I did manage to squeeze in some quality birding time on Sunday Morning at Central Park. That post is coming soon! If you would like to see more photos and posts from this trip, or read additional info on the bombing, just click on the links below: