Saturday on the High Line Trail 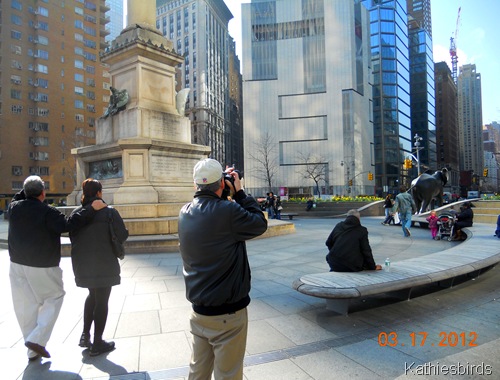 The new guy in New York City, with his camera in hand,

embraces the day, while trying to capture the sights, 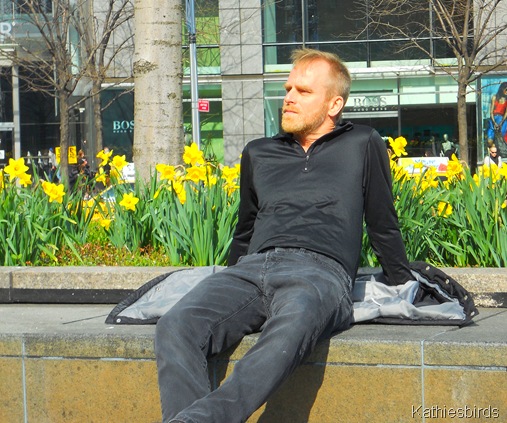 While The Watcher watches His City come to life, 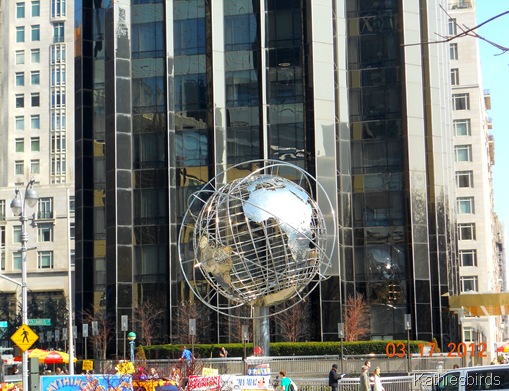 Old, familiar places are new and remembered at once, 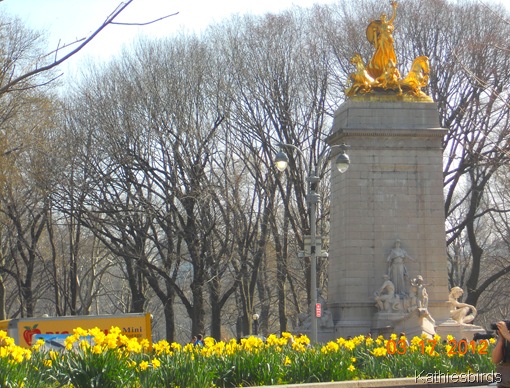 and daffodils dot the landscape of memorials and time. 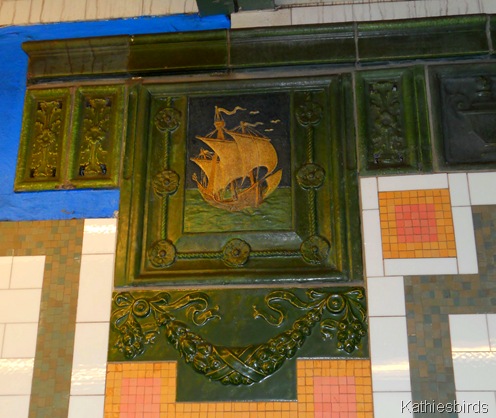 The tiles are a word picture for the days when many tongues were spoken,

so into the belly of the city we travel

only to rise again 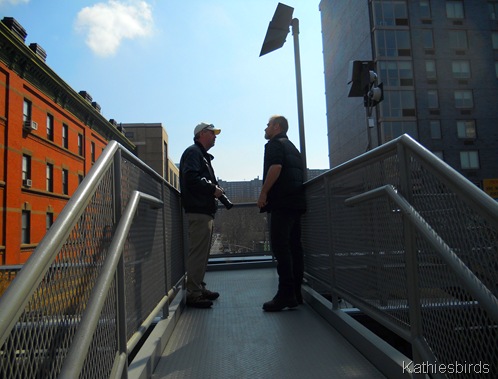 High on the High Line where our journey begins. 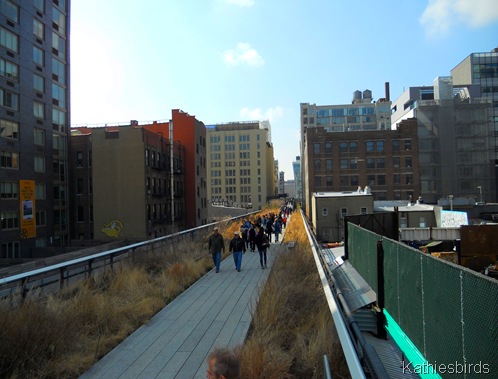 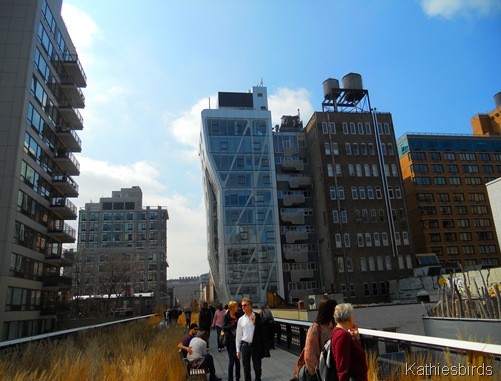 Nature reclaims what she can, 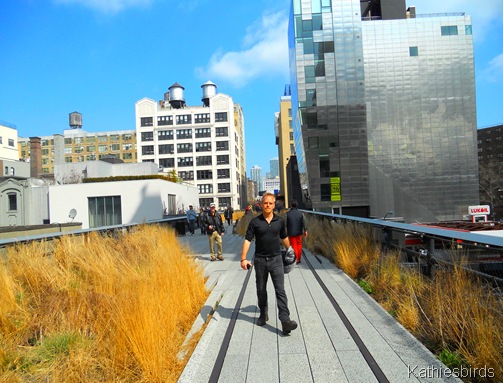 and The Watcher strolls confidently on 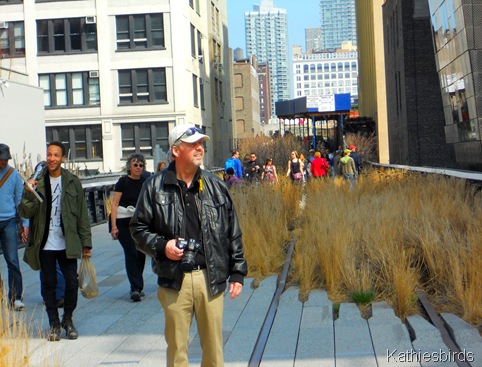 While the New Guy looks around in wonder. 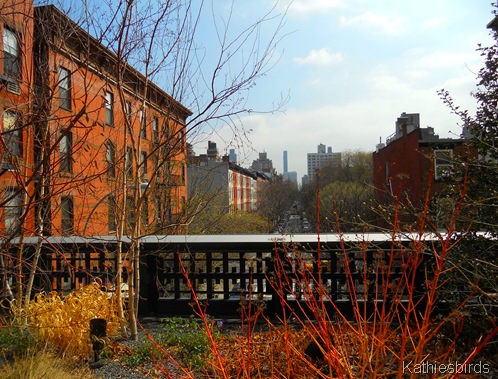 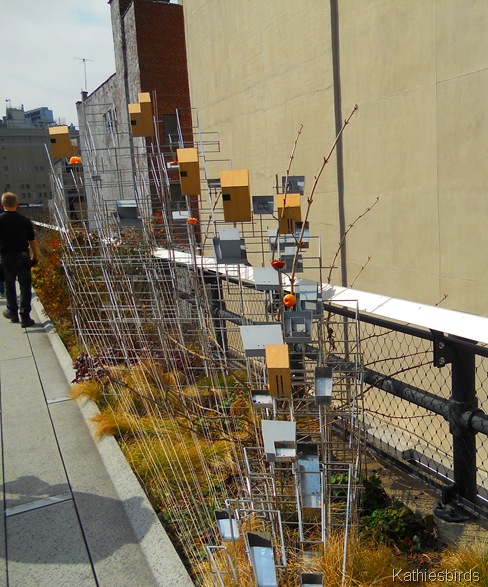 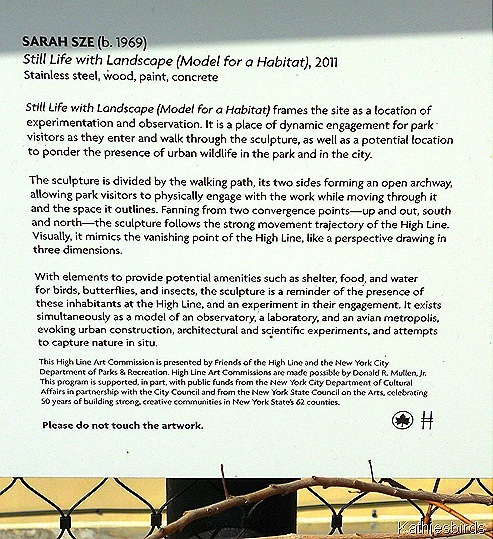 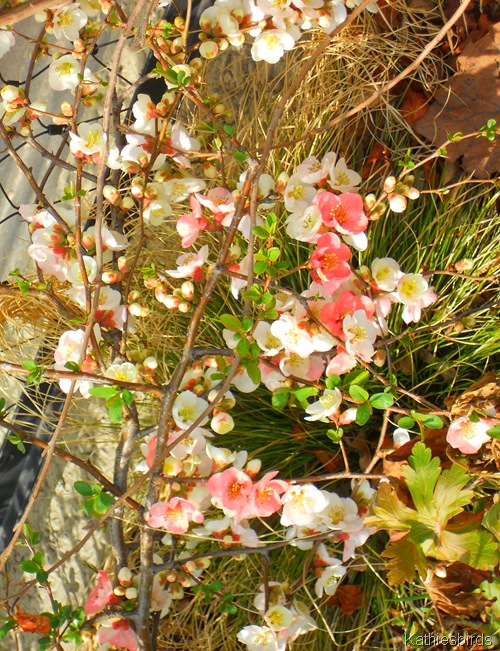 and even here in the city Nature graces the world with blossoms,

a reminder of who she is. 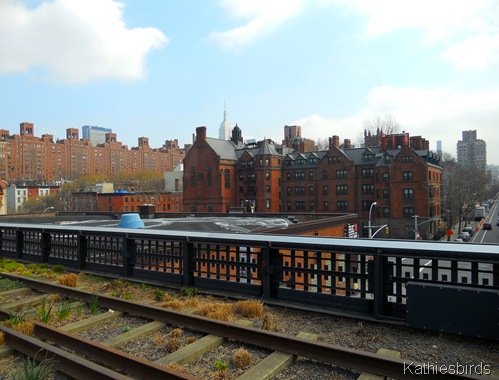 Brick on brick, line on line, the city builds a poem, 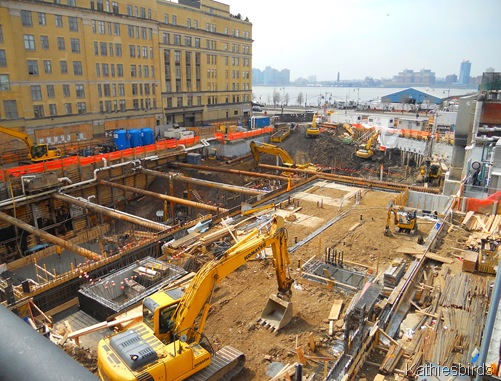 a story of destruction and renewal going on and on and on.

While Gus and The Watcher took in the sights I had my binoculars and watched the birds. Believe it or not, I saw quite a few on this mile and a half elevated trail including a Peregrine Falcon and an Eastern Phoebe, both new species for my New York Life List which is now up to 71 species thanks to this trip! When the weekend was over, I asked Gus what he  liked the best and he said The Highline Trail. It was such a nice day that we never did go wander the art galleries. We just wanted to stay outside!