How I Met my Birding Buddy 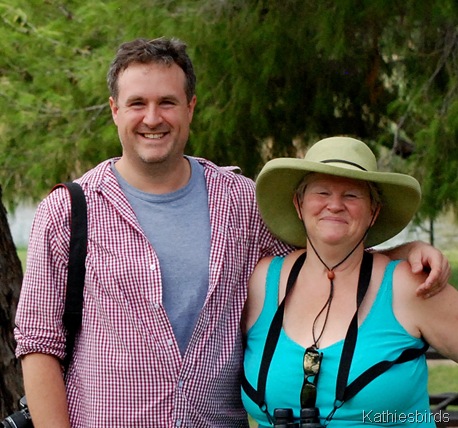 Chris and Kathie at Agua Caliente Park in Tucson 9-9-12
It’s been a year since I first met Chris Rohrer at Agua Caliente Park in Tucson. I had just moved back here from Andover, MA and was feeling very sad and depressed after leaving my family behind on the east coast. I already knew Chris from his blog and Facebook, but I had never met him in person. With football season in full swing, my husband and son were preoccupied with watching games on the weekend. Gus knew I was sad, but I don’t think he knew what to do about it. He only knew that we were not going to be moving back east and that was the only way he could fix my sadness. But then I met Chris. 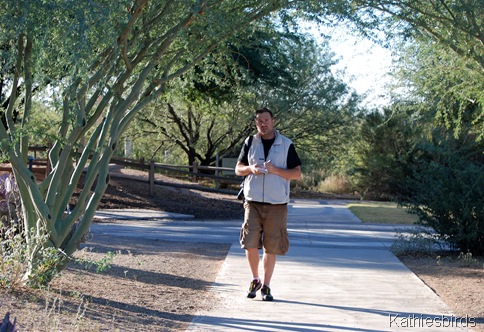 Chris learning to list at Gilbert Water Ranch 11-12-2012
(This was before he got a smartphone and the Birdlog app!)
Chris was a beginning birder at the time, with more of an interest in photography than bird species themselves. But then he met me, and I introduced him to eBird and let’s just say that an obsessive compulsive birder was born! He has learned so much in the past year and studied so hard that in some ways he is now a better birder than me! In one year’s time he has almost caught up to my Life List of 458 species, though I have more species than him in the USA, while he has more species than me for this year in Arizona. Since Chris travels outside the U.S., some of his Life Birds are in other countries. He is far ahead of me in this regard and I am happy for him and proud of him as well. 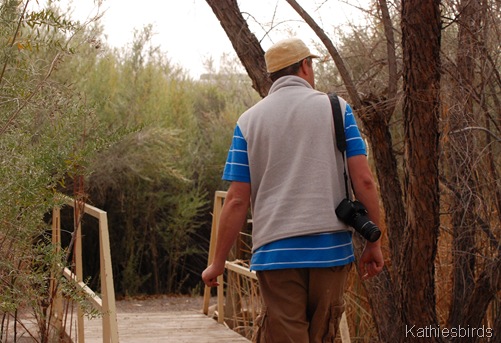 Chris searches for birds at Roper Lake State Park 2-3-2013
I do not think that you can plan a friendship like this. I had no idea when I met him  that it would turn out to be one of the best friendships of my life. We have had so many adventures in the last year and I look forward to many more. Chris has pushed me to go places I would never have gone and taken me to see birds I never would have seen without him. I have pushed him to be accurate in his bird listing and impressed on him the importance of counting birds consistently whether there is a new species to be seen or not. It is by counting all the birds all the time in our yard and other places that we get an accurate picture of just where the birds are. While counting birds at eBird Hotspots can get you a big list, it is counting birds in your yard and in parking lots that really fleshes out the data and helps the birds. 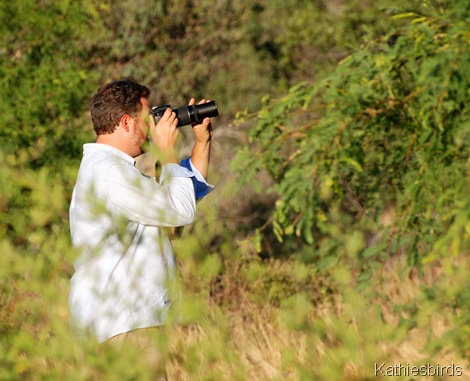 Chris photographing a bird in Madera Canyon 5-30-2013
If Chris has his way, I will soon be getting a passport and counting birds in other countries as well. Until then, I look forward to many more birding adventures with him as I continue to watch him grow. I know he will surpass me on all levels. He is a wonderful writer as well. If you have not read his blog, Las Aventuras, you should give it a read! 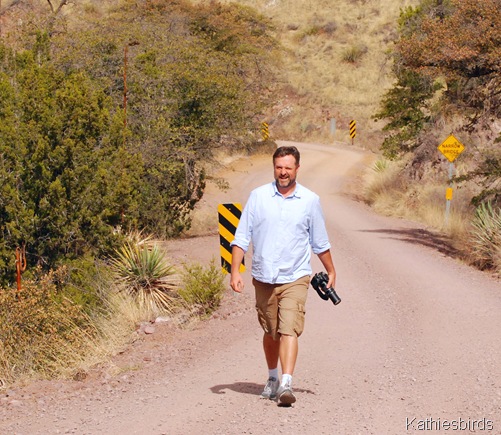 Happy One Year Birding Anniversary Chris! Bird on!
(Come back tomorrow to see a photographic essay of the birds we have seen!) 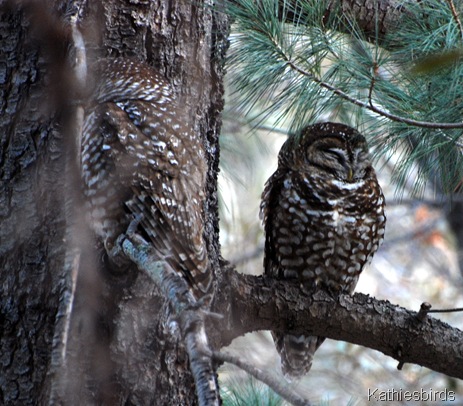 Mexican Spotted Owls seen in Miller Canyon 3-23-2013
Note: By the time this story posts my husband and I will be off in Utah and Yellowstone on our own 36th Anniversary Celebration which was delayed by my trip to the east coast in June. We have not been back to Utah since we moved away in 2007. I cannot wait to see that place again and see all the changes and visit with my old neighbors and friends and my first ever Birding Buddy, Kathryn Kelley! I may not have internet access much of the time but will comment and visit when I get back. I still have so many posts to do from my summer trip to New England back in June as well as more birding adventures that I have had since getting back. For now, my life has become one endless birding adventure and I have no complaints about that! Gus is a good sport and a wonderful husband and I love him so much. He tries very hard to be excited about my bird sightings and I appreciate his efforts! The best thing of all is that his is supportive of my birding passion and I love him for that! And yes, I will be counting birds all the way to Utah, Yellowstone, and back!
Posted by Kathie Brown at 7:00 AM