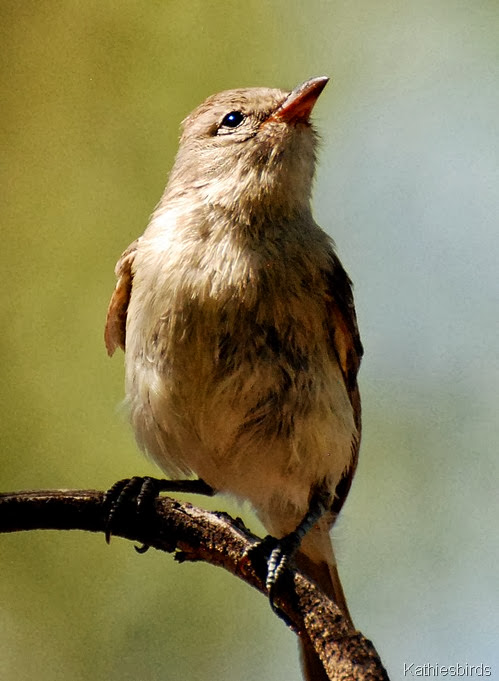 The Northern Bearless-tyrannulett is a small gray flycatcher of the tropics and the desert southwest. It is one of the birds most birders come to see and get on their Life Lists here in Tucson. When I first moved here in 2007 I didn’t even know what one was. then, when i did learn about them I decided it was a bird i would never get to see. It is known to hang out at Agua Caliente park on the Northeast side of Tucson, but after several trips there I began to think I would never find the bird. Then, one day at the beginning of September I stopped in at the park on a whim after dropping my grandson at school. When I worked my way around to the mesquite bosque on the north side of the park I was amazed to find these two little birds calling and feeding among the trees! I was all alone in the park at the moment and stood there quietly with binoculars and camera as I watched them for about 20 minutes. 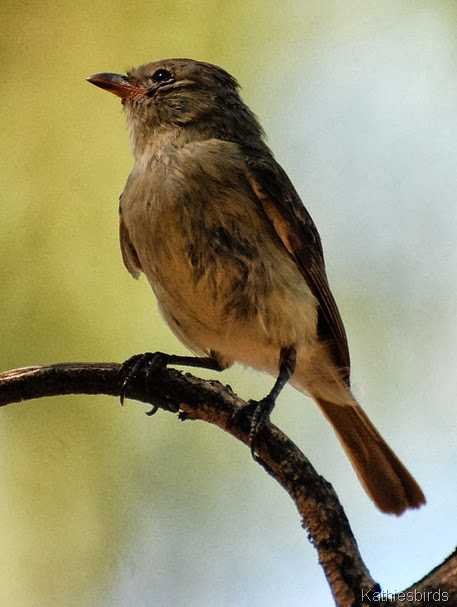 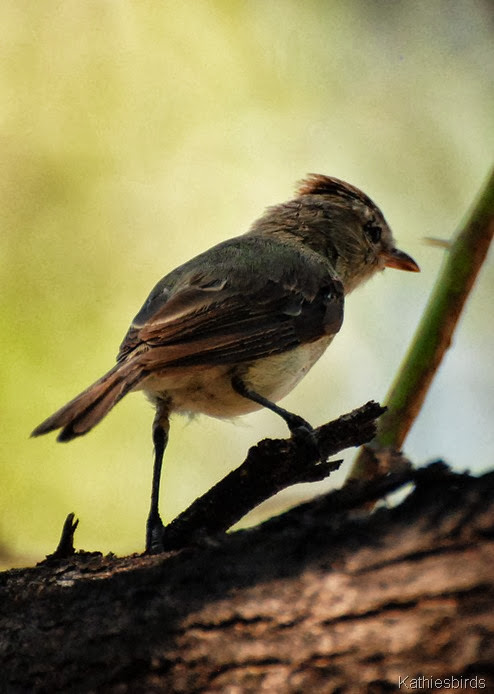 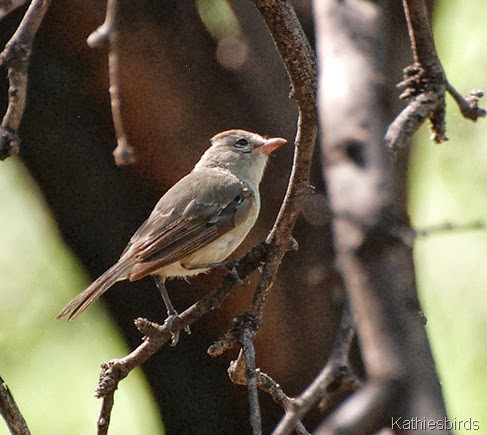 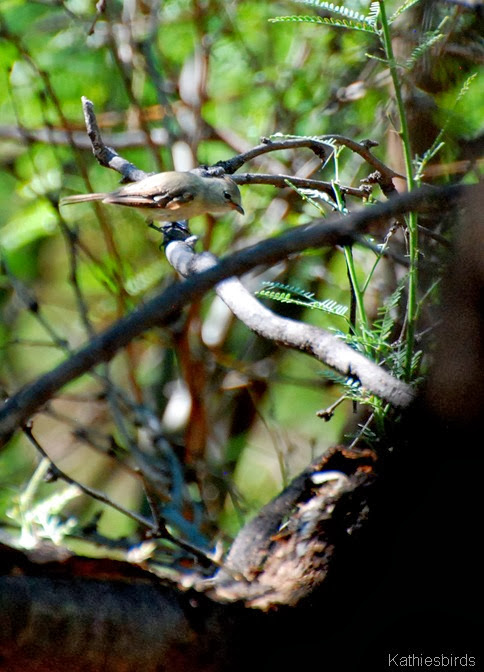 My first view of them was through the trees like this, but then they worked their way closer until they were directly overhead! I couldn’t have asked for a better view or better lighting! I was mesmerized and in awe. I was also surprised at how very tiny these little birds are. At only 4 1/2 inches they are smaller than a Magnificent hummingbird or a chickadee! They are the same size as a Red-breasted Nuthatch or a Verdin. regardless, I quickly fell in love with them. I found them to be friendly and curious and I totally enjoyed my encounter with them! I do not know if they were a male and a female or an adult and a juvenile. All I do know is they are so cute! 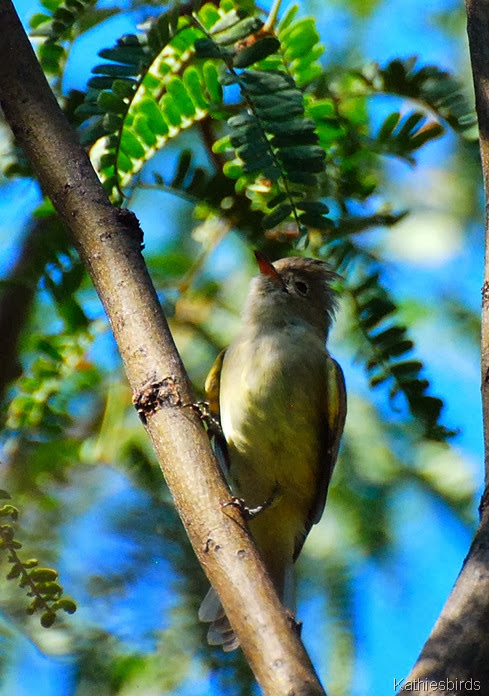 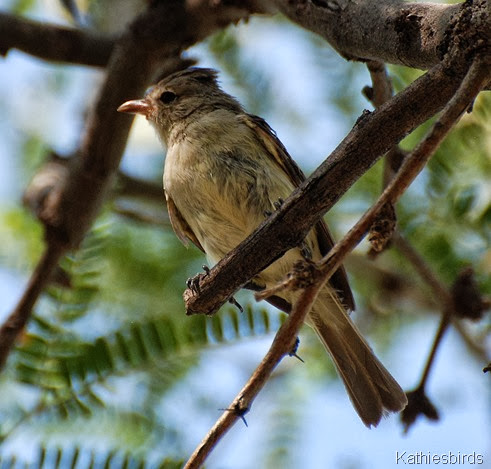 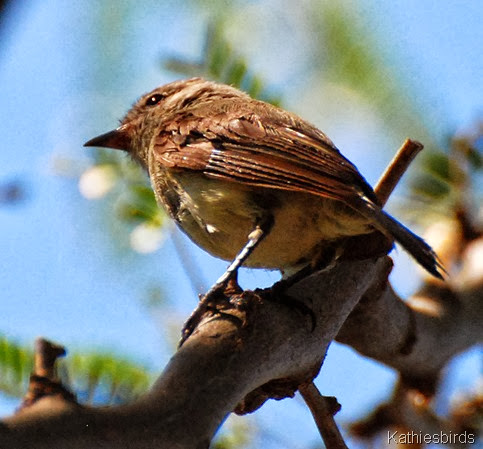 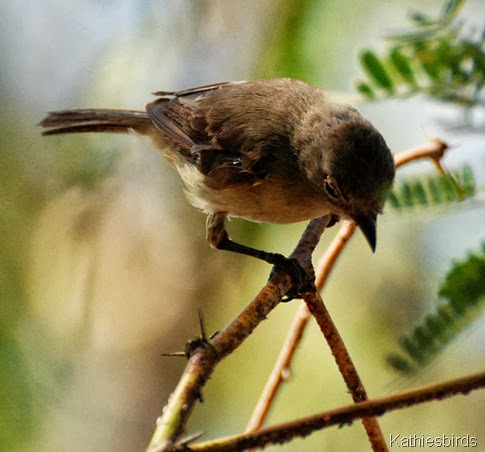 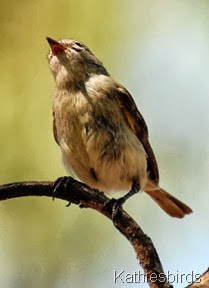