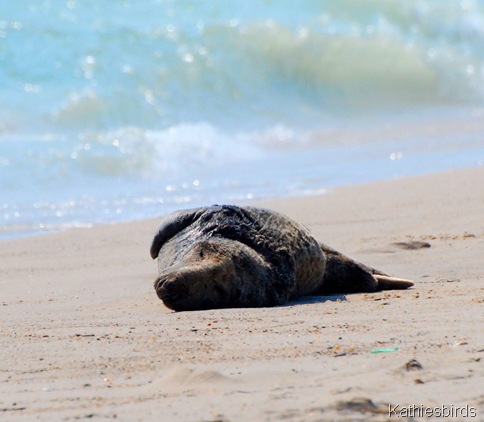 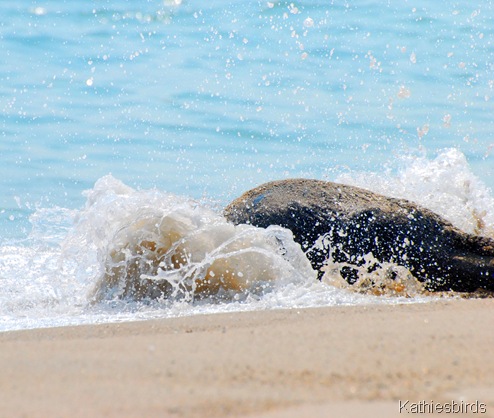 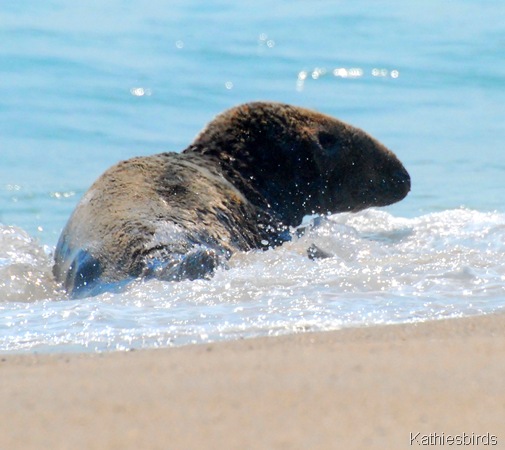 When we were out at South Beach two weeks ago we came upon a group of seals lounging in the sun on the Atlantic side of the beach. As we drew nearer the seals all slowly lumbered into the water except this lone seal. It stayed there so long and was lying there so strangely that we thought it was dead, but as we drew closer it suddenly sprang to life and splashed off into the sea. It is a gray seal I believe due to its long head, but I could not decide if it was a young one or an old one. It was the only furry looking seal I saw and when I googled “gray seals” all the information I got was basically the same on every page. Nothing I found described this furry type of seal. All of the pages informed me of the cool fact that a gray seal's scientific name, Halichoerus grypus, derives from the Greek words meaning "hook-nosed sea pig." Finally I found one page that described the process of molting. This is when a seal sheds its skin and it can take up to six weeks to complete. According to the web site Seals-World the seals can get very cranky at this time. However, not one web site I visited noted that seals are mammals, which they are, and none of them told me what a group of seals is called. So I googled that question and discovered conflicting information. I read that a group of young seals is called a pod, but a colony of seals is called a herd! What? How many seals make a colony and why is it not just called a colony instead of a herd? Is there anyone out there smarter than the internet please?