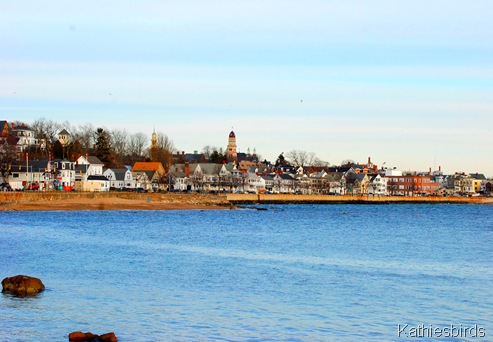 On Martin Luther King Day I decided it was a good time to drive out to Gloucester to see what I could see. The day started very cold but eventually warmed to near 30F. I got a late start to the day, trying to get a few errands accomplished at home before I left, so it was nearly 2 p.m. by the time I rolled into town and parked. I parked along the main beach near the Fisherman’s Memorial and got out. A cold blast of wind hit me right away, and though I was bundled in my long down coat my hands soon got stiff with cold in the thin leather gloves I had on. 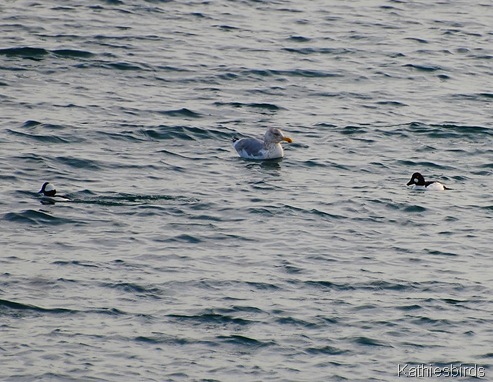 I saw red-breasted mergansers and Common eiders right away along with Herring Gulls galore, but soon added a Bufflehead and Common Goldeneye to my list. 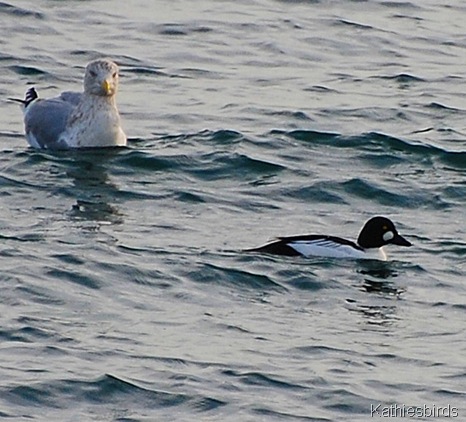 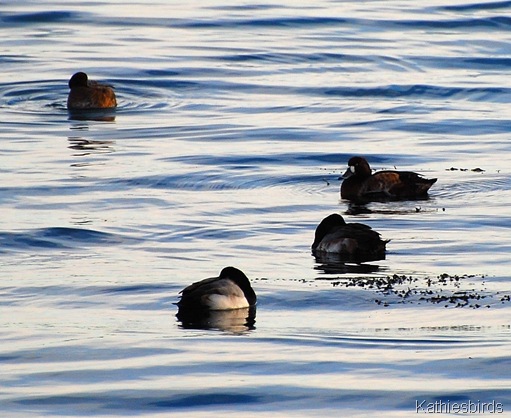 Down in the cove by Stage Fort Park a small flock of Greater Scaup floated along with some American Black Ducks. At the eastern end of the walkway the pigeons gathered and walked or flew, looking for some poor fool to toss them few bread crumbs. 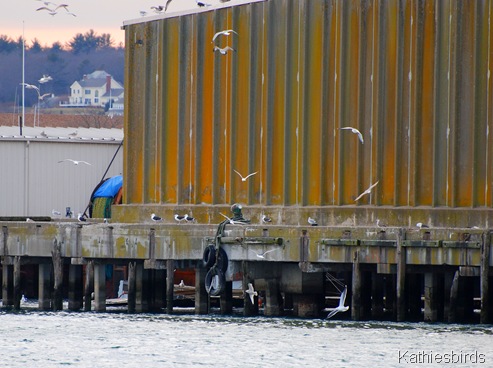 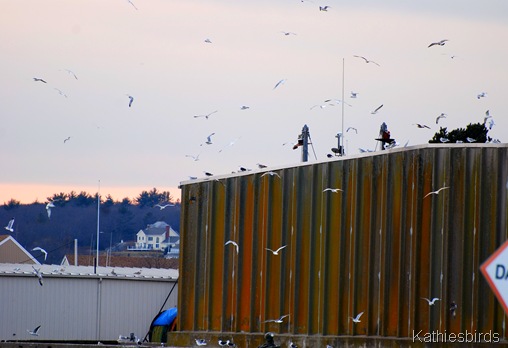 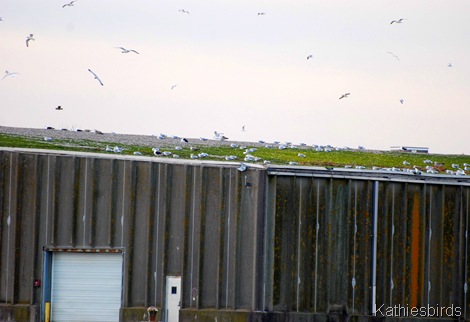 Gulls of all varieties and plumages were using the moss covered warehouse roof as a roosting place. While I was scanning the gulls for one special species… 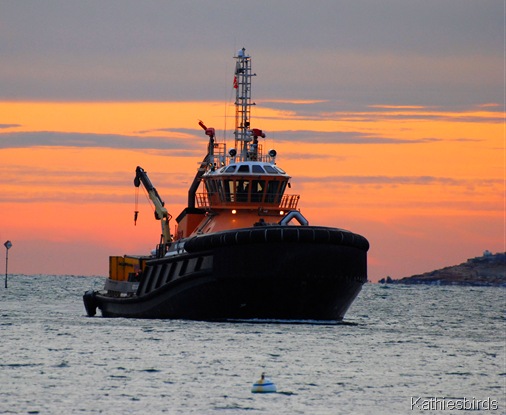 I spotted this huge boat coming into port through the lens of my camera. 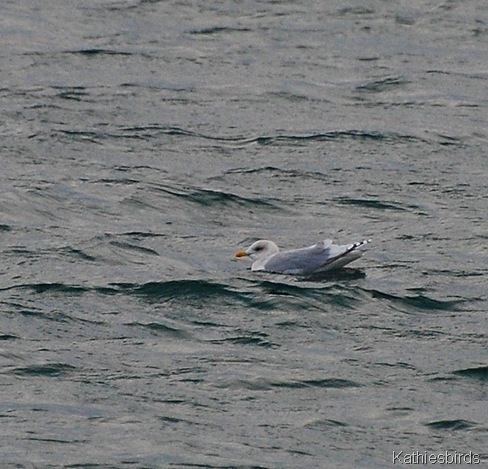 But I was here to find one special gull, and I think I finally found it! There in the water was my target bird…an Iceland Gull! I saw it as it landed with little to no black in its wingtips. Another birder with a scope came over and set it up for both of us to take a look. With the wind gusting fiercely it made picture taking difficult at best, even with vibration reduction on my 70 to 300 mm lens, but I did my best to steady myself and in the fading light captured a few shots. I looked all over the internet for information on this gull and found an excellent article by Corey on 10,000 Birds: What is a Kumlien’s Gull? 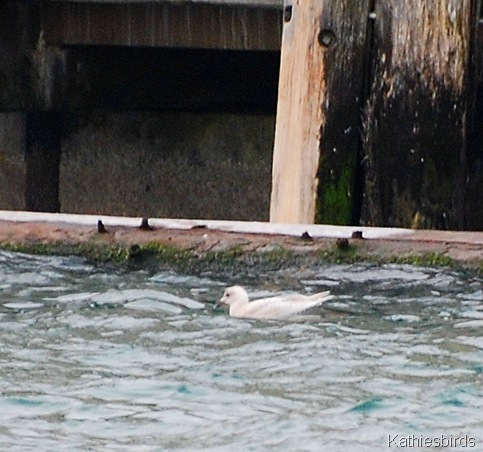 In another part of the harbor another birder had his scope set up and we spotted this juvenile Kumlien’s Iceland gull. This sweet little bird had no black in its wingtips and a soft brownish checking on its body. I’m sorry for the poor quality photo but by now the wind was gusting, the light was fading, and my fingers were freezing and my eyes tearing up! And, the bird was far across the harbor. Still, you can see the lack of black in the wingtips, 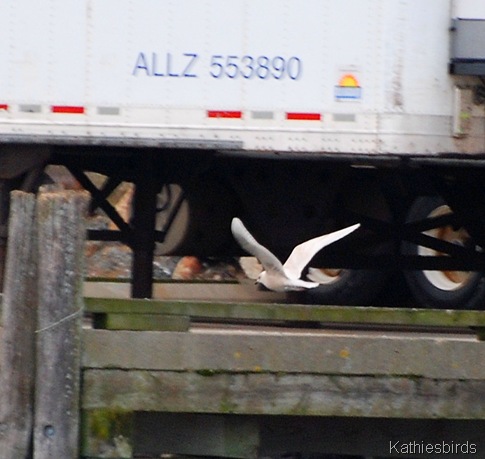 especially on this in-flight shot. (Click to enlarge any photo for the best view.) 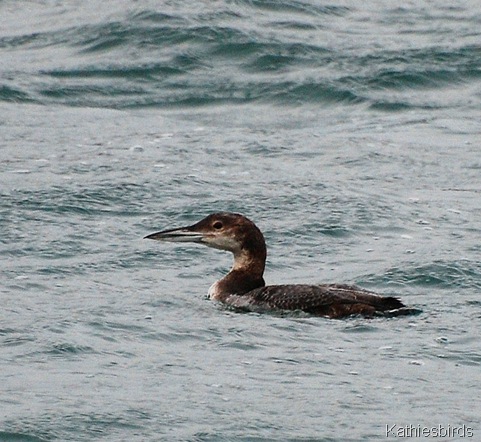 While I also saw Common Eiders, Red-breasted Mergansers and a couple of Double-crested Cormorants in the waters off the state pier, the other birders and I also spotted something else. The tall man with the scope showed me the peregrine falcons atop the town spire. I had looked for them earlier but did not see them. From this location and with his scope, I could clearly see two falcons on the rooftop ledges. But then the man noticed something much closer and a bit different. Across the harbor from us we could see a warehouse and docks and some yellow lobster cages on one of the smaller docks. 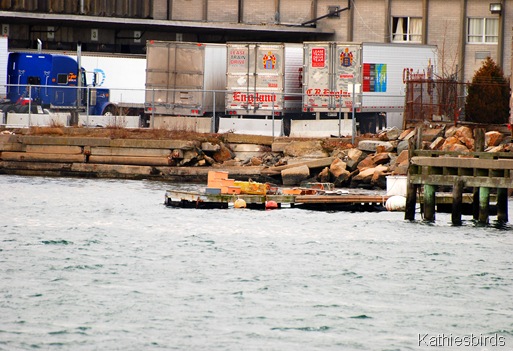 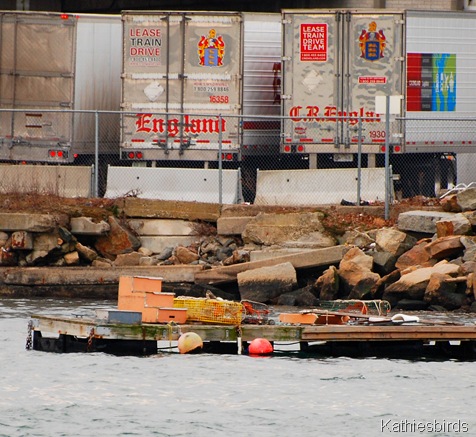 What’s that on the yellow lobster cages?

Perched on top of those yellow lobster cages was a bird-like lump. We were both agreed that it was a large raptor of some sort, but was it a hawk, or an owl? It’s short thick neck and rounded head suggested an owl, and I think it was a short-eared owl. 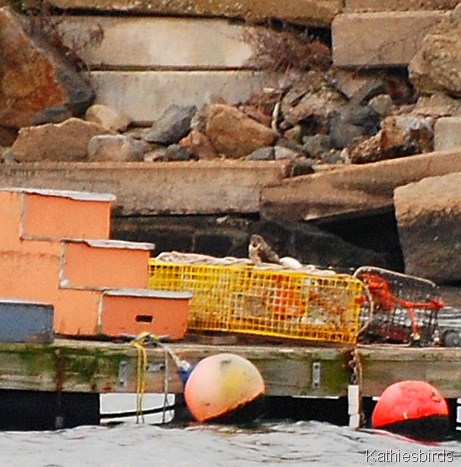 But though we looked through his 60x power scope and I looked through my bins and took these pictures with my 70-300mm zoom all we could see was a fuzzy image like this. The wind was just too brutal. I still think it is a short-eared owl, but unless I can confirm that, I will not add it to my Big January 2012 Bird List. While I have seen short-eared owls before, I have not seen one in a very long time and never on the east coast. It would be such a thrill to see this bird again. Without counting the owl I added 6 species to my Big January 2012 Bird List today for a total of 57 species! that’s 2 species ahead of my total from last year, but far behind Larry of the Brownstone Birding Blog, or Robert Mortensen of Birding is Fun! With a trip down to Connecticut later in the week, and a few snow storms predicted, my birding days in January are running out. I wonder where I should go to next? 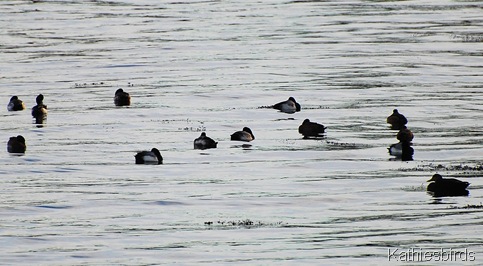