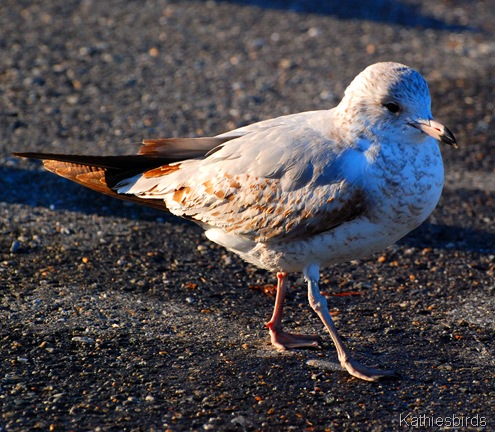 Last Thursday I birded my way home from Connecticut after taking Mom to one of her appointments. Learning that a snow storm was coming, I did not linger in Connecticut or stop to count birds at some of my usual places. Instead I got on the road and kept on driving until I crossed over the Massachusetts state line. I decided to get off Route 395 at Exit 2 to see what I could see. As I traveled east on the road I passed a little cove with a few birds in in, so I turned around and went back. 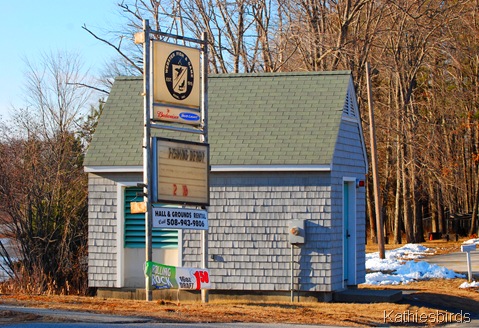 I parked at the Webster Fish and Game Club and cross the busy street. 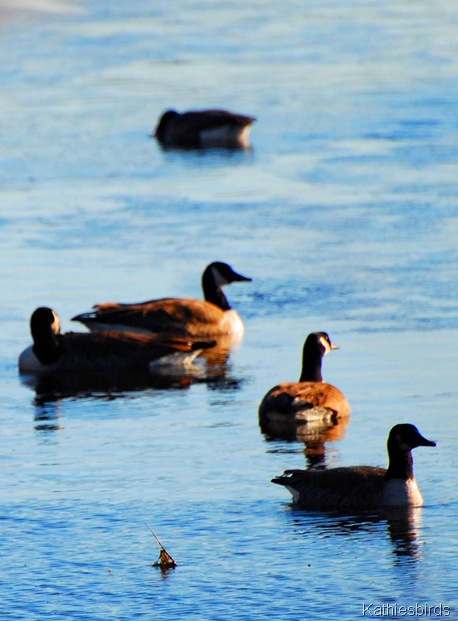 Because the road is narrow here, I stepped across the guardrail to be well out of the way of the traffic. I saw Canada Geese and a few Mallard in Sucker Brook Cove. 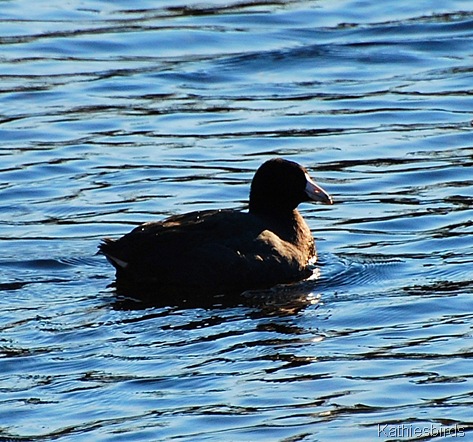 Then to my utter surprise, this little coot paddled out of the reeds! 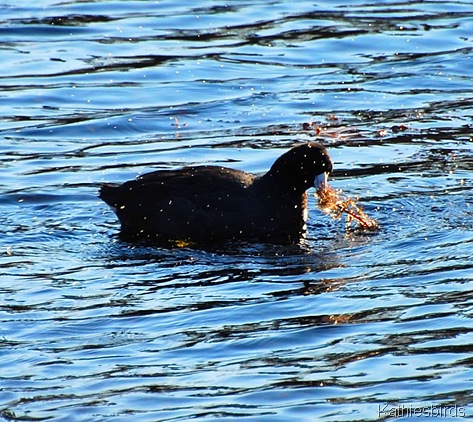 It started splishin’ and a splashin’ as it tried to eat some greens!

That makes species number 58 on my Big January 2012 Bird List! 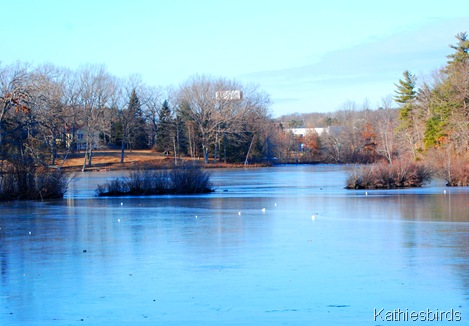 I drove around to the West side of Webster Lake and parked near the shore. Webster Lake is also known by the Native American Nipmuc name, Lake Chaubunagungamaug, but who has time to say that? The lake was coated with a thin sheet of ice. 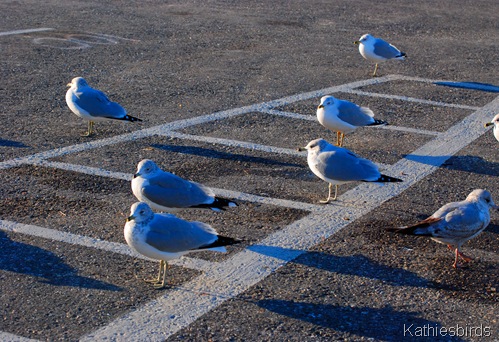 While some gulls were out on the ice, most relaxed in the parking lot.

Other than a couple of crows, I really didn’t see a lot of birds here. But then I saw something that made my heart go cold with fear… 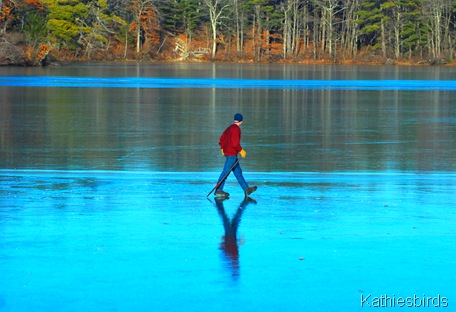 This guy came walking into view on the thin ice! 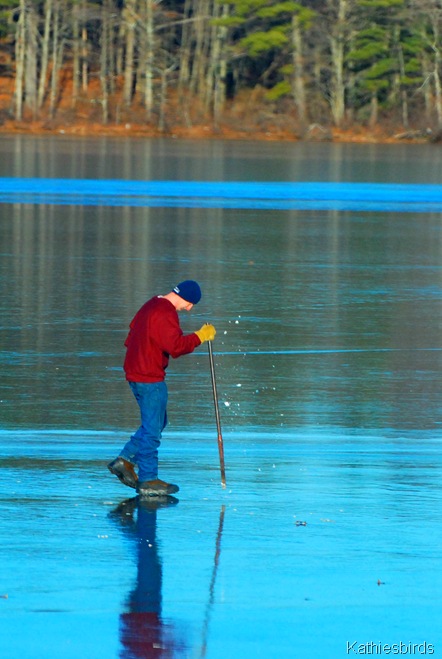 Every few feet he would stop and pound the ice with his pole! 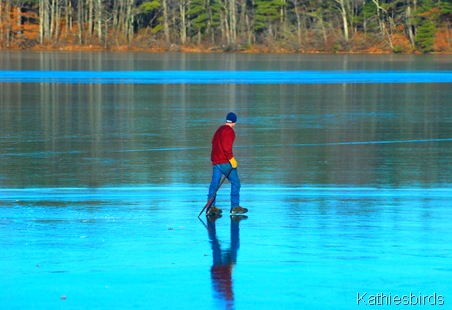 Then he walked on!

I couldn’t take the fear, I left! It was time to get back on the road anyway… 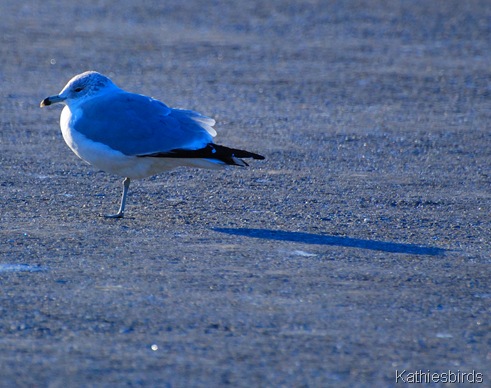 The sun was setting!

As I drove north the clouds continued to gather. By the time I got home it was already snowing in Connecticut. It was not a big storm for us, just a dusting. We got more snow over the weekend and Connecticut got nearly a foot! Good thing I left when I did. As for the man on the lake, he must of survived, because I never heard anything about it on the news. However, over the weekend a different person went through the ice on a nearby lake in Dudley, MA and, though they pulled him from the water within 15 minutes, he died today. So, my fears were not unfounded. Read the full story here. We have not had a solid cold spell here all winter and it’s warming up again tonight. It’s raining now and by tomorrow it will be back into the 50’s! Time for me to go find some more birds!

That’s Our World Tuesday in Winter!

Please stay off the ice!