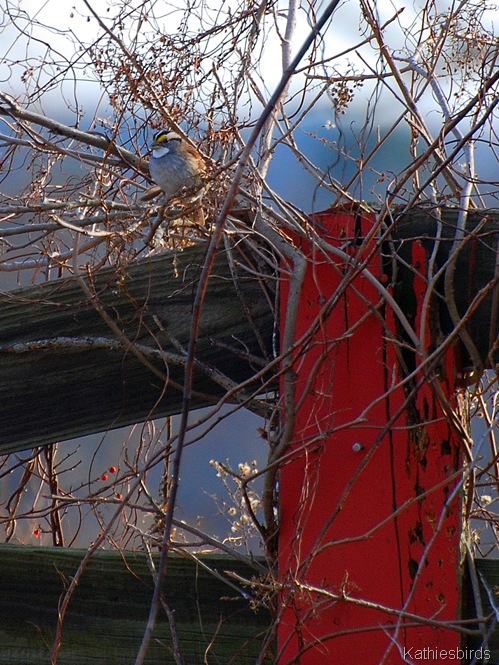 White-throated Sparrow 1-5-12 Norwich Avenue, Colchester, CT
Since I had to travel to Connecticut again this week I figured I may as well count birds while I am there. I hoped to count birds in Massachusetts on the way south on Wednesday, but it was so cold and I left so late that I just decided to travel straight through. Warmer weather was predicted for Thursday, so I scoped out a new lake to investigate near Worcester on my way back. However, I failed to realize that Wednesday’s cold would bring Thursday's ice! 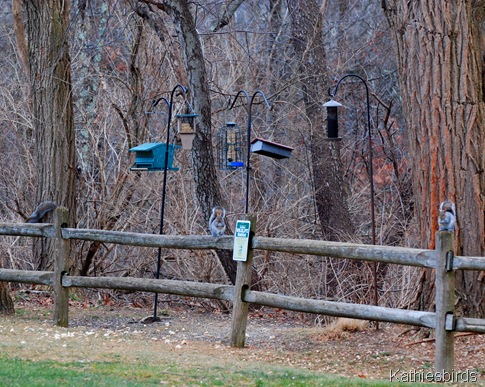 I spent the night at a friend’s house and awoke to a gray dawn. As I stepped out her back door early in the morning the clouded sky was spitting snow as twenty to thirty Blue Jays mobbed her neighbor’s backyard feeders. 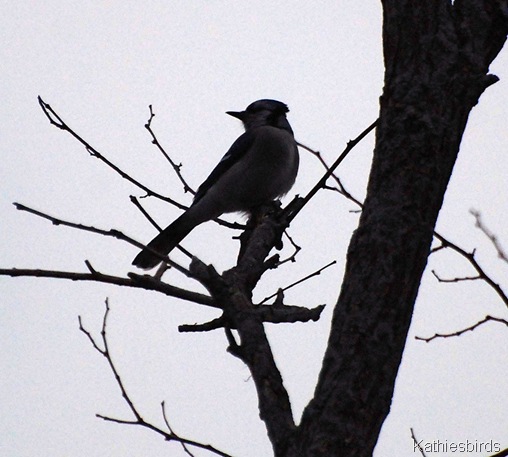 In the dim light I was only able to get a shot of one Blue jay silhouetted against the gray sky. I could not wait for better light because I needed to get to Mom’s house to take her to another doctor’s appointment. As we drove towards Willimantic I spotted a red-tailed hawk perched in a tree alongside the road in Amston. The clouds were beginning to dissipate and a clear icy blue sky shone through. After Mom’s appointment we drove over to Windham Hospital for her to get her blood drawn. I find it ironic that every time I am here I see turkey vultures soaring overhead! Though I had my camera with me, I felt a bit uncomfortable with pulling it out and taking pictures from the parking lot, so I didn’t. Maybe next time I will though if I can get to a spot where I would not be so conspicuous! 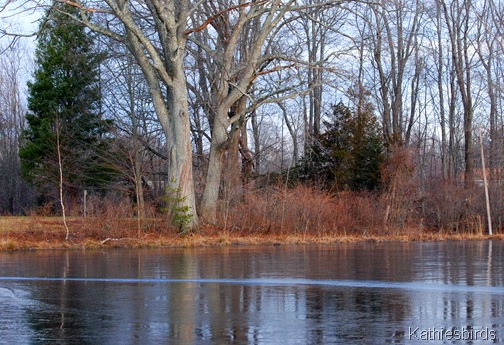 After bringing Mom home I headed home and started to bird my way there. My first stop was Lion’s Pond, but all I found was ice and no birds. 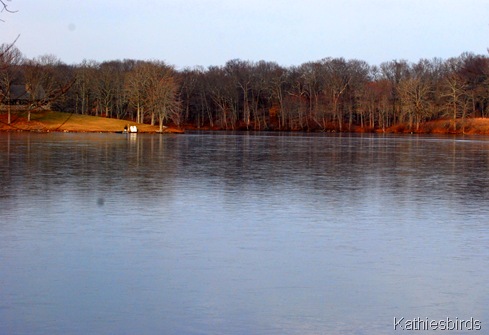 Farther up the road I stopped at Savin’s Lake which was now covered in a thin sheet of ice with no birds on the water. But then I heard a sound from the hedgerow across the street… 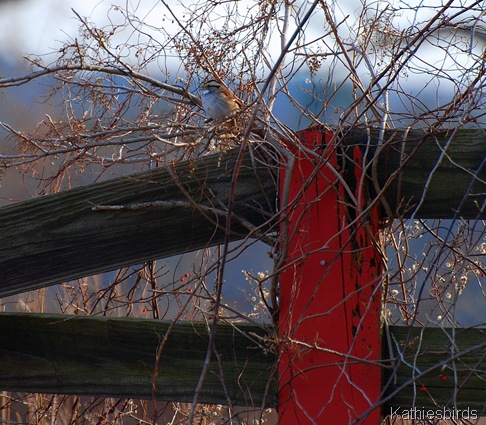 …where I found this sweet little White-throated Sparrow chirping and eating berries from a tangle of vines. Then I see a flash of red fly by as a Northern Cardinal flees farther into the bushes. 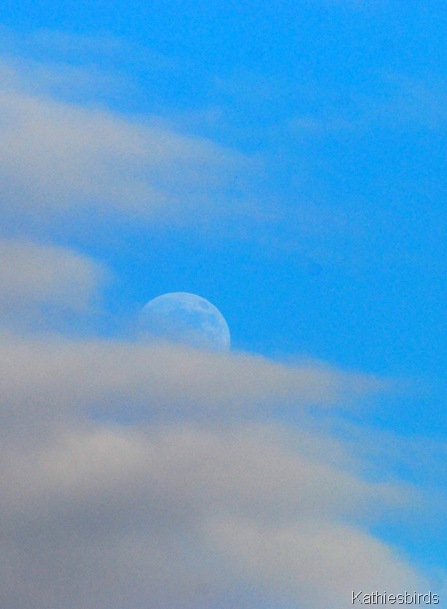 I jump in my car and drive farther east towards Norwich and turn my car onto the road that takes me to exit 23 off Route 2. As I pass over the Yantic river I see hundreds of geese floating in this unfrozen water. I quickly park in the commuter parking lot and hurry across the street to count. A quick glance at the sky reveals the daytime moon about to be swallowed by the rising clouds. 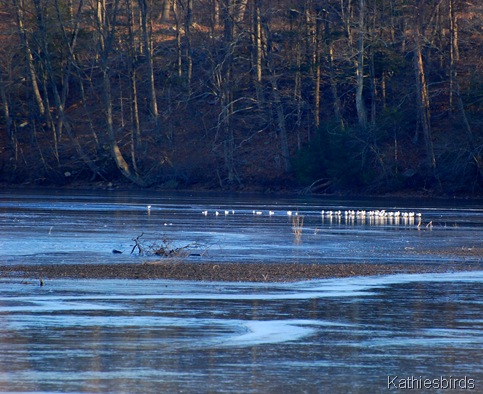 In the frozen cove the gulls gather on the ice. 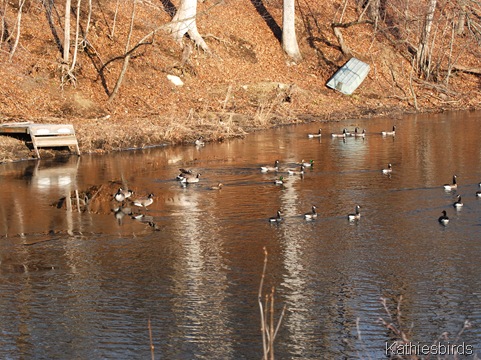 But in the open water Canada Geese and a few Mallards float lazily. 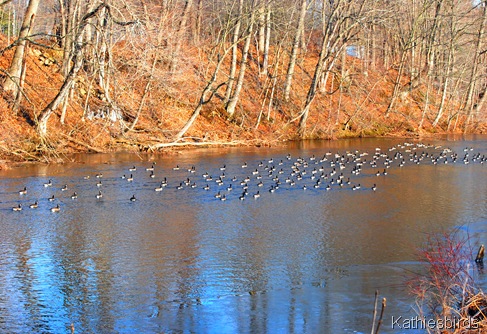 As I draw near they start to stream away to the far bend in the river. 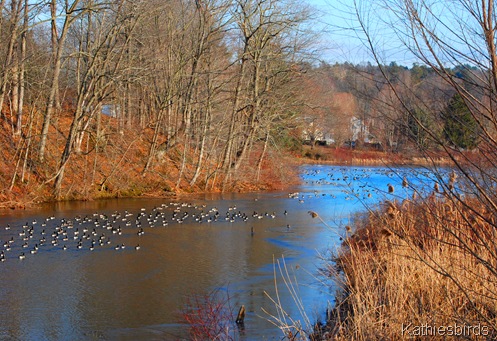 Though the ice is creeping in from the edges, there is still open water for now. How long will it last? Who knows? This has been a strangely warm winter and I am glad for the birds I have seen, but none of these Connecticut birds count towards my Big January in Massachusetts. I head north hoping there is enough daylight to still see “something” when I cross the border, but alas, all the birds have gone to bed for the night and I am out of luck. Perhaps tomorrow I can find at least one new species for my Massachusetts list. However, with 20 species seen, I do have a great start on my Connecticut list for this year!
Birds Seen in Connecticut on 1-5-12:
Read about more Big January Birding Fun on the Birding is Fun blog!
Posted by Kathie Brown at 11:51 PM