St. Mary’s by the Sea 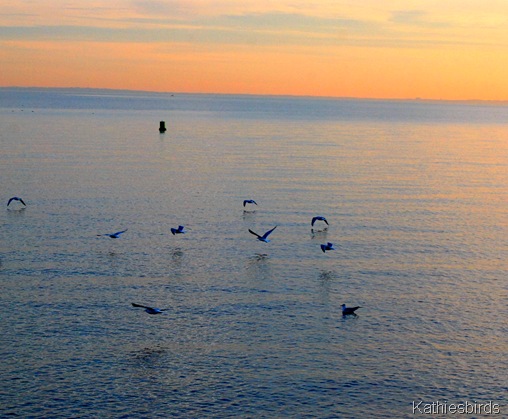 On December 30, 2011 Gus and I took a drive to Bridgeport, CT to visit some friends that we had not seen in 26 years. Actually, I saw Alice and Ron last year for the first time, but this was Gus’ first time to visit them with me. 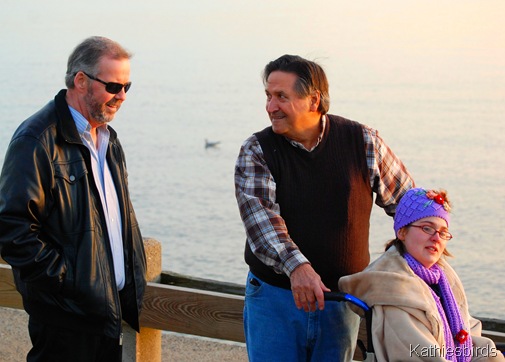 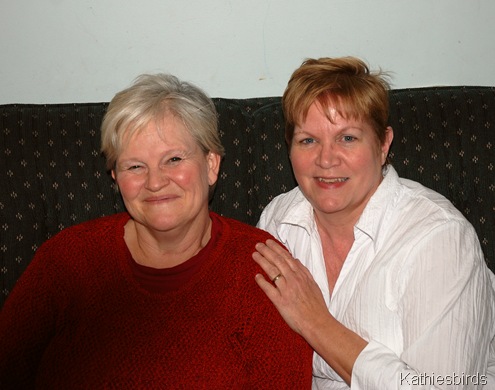 I have known Alice since I was 16 or 17 years old. Her children played with my children when they were young. But when Gus and I moved to Idaho in 1986, that was the last I saw of her until last year. It’s always nice to reunite with old friends. Of course, we have both changed a lot since then! 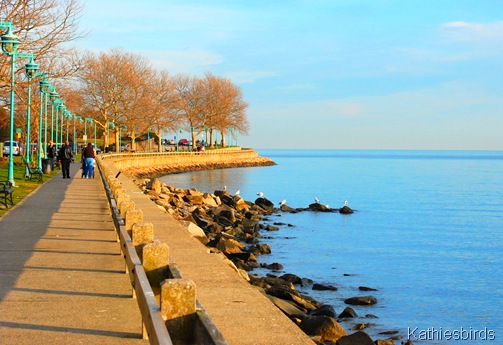 After sharing a meal we decided to go for a walk down along Long Island Sound at a place called St. Mary’s-by-the-Sea. Alice knows I am a birder and she was so excited to show me this place. Gus loves the ocean, so, while he and Ron headed off down the walkway with Hannah, Alice stayed behind with me to watch birds. 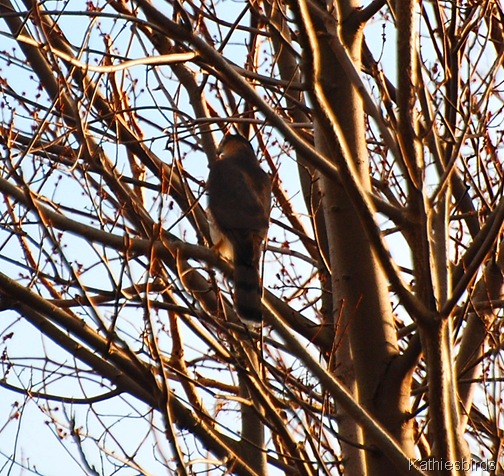 We had barely parked the car when this Cooper’s Hawk swooped over our heads and landed in the nearby trees! 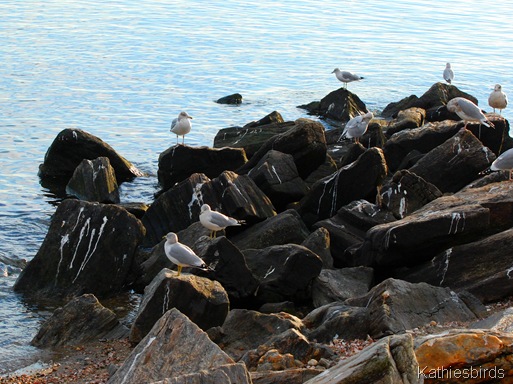 Down by the water’s edge the usual Ring-billed and Herring gulls gathered. 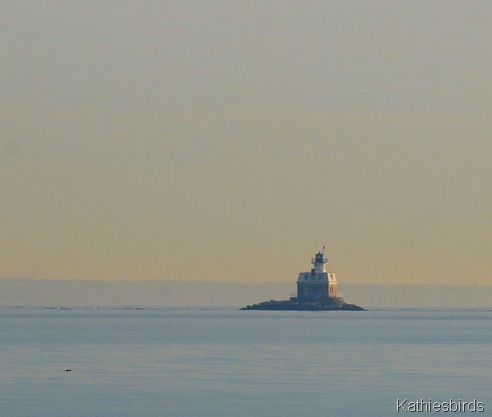 Lighthouse out in the sound with Great Black-backed gull in water. 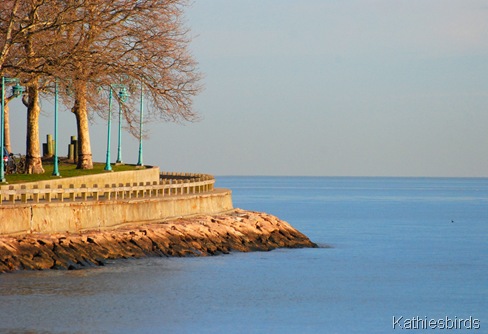 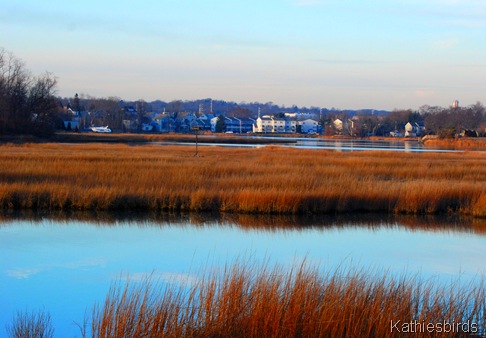 The soft light of sunset turns all the grasses to gold… 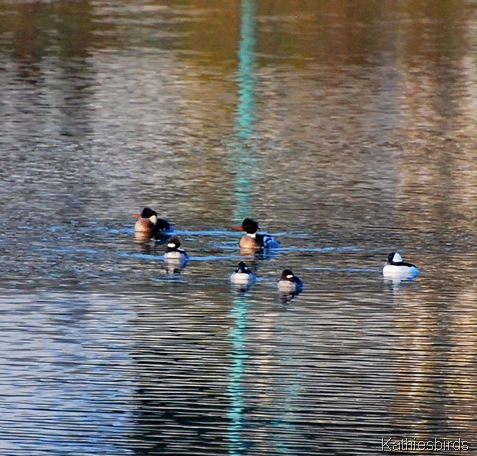 Mergansers and Buffleheads become part of a water-colored painting… 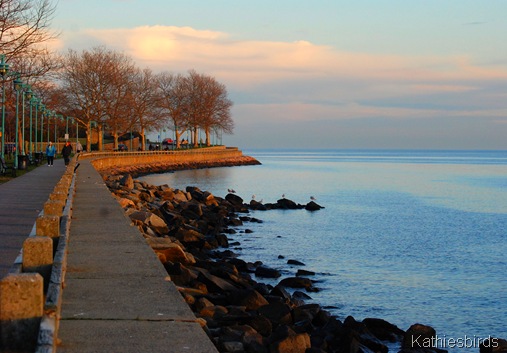 ..and, as clouds gather on the horizon… 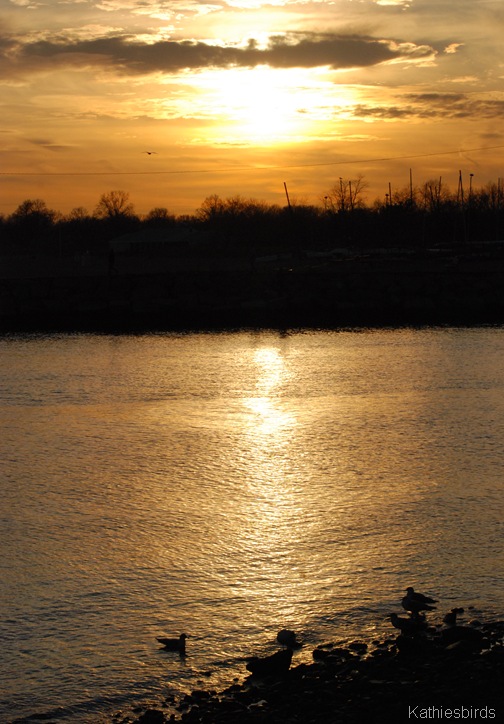