Birding the Reservoir in Central Park 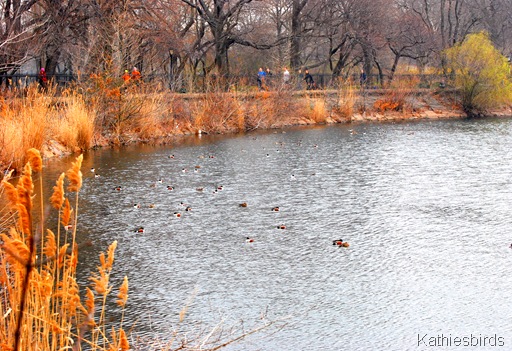 After Rambling around The Ramble, coursing through the castle and peering in the Pinetum we finally reached the reservoir! While Brother C gave Gus a history lesson, I checked out the birds! We had been seeing a few Northern Shovelers in the lake but here at the reservoir I counted 140! 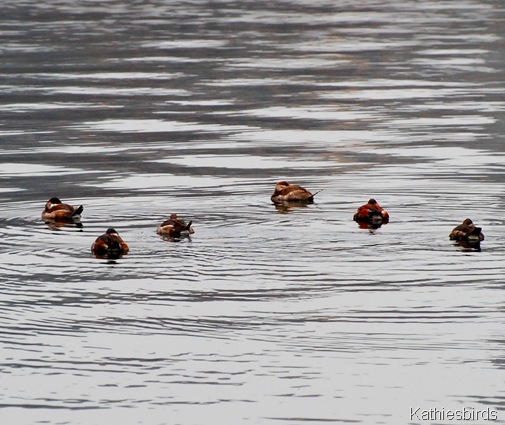 The ruddy ducks were in the same area of the reservoir where I saw them last year at this time. When I cropped and enlarged this photo I took I realized they looked like musical notes on a bar and staff if you could just draw the lines in there! You can just see a few of the males starting to molt into their “ruddy” breeding plumage. 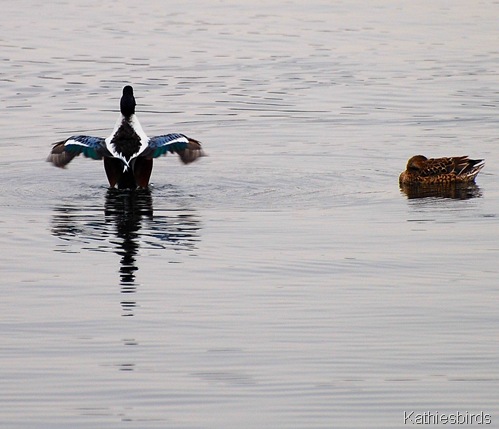 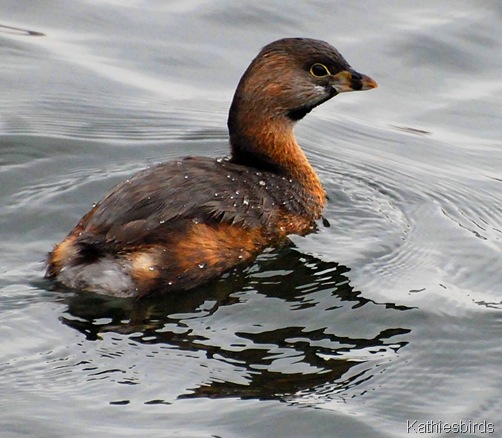 I saw two grebes here at the reservoir today. The first was quite far out but this little guy was swimming closer to shore with the shovelers. I saw my first grebe here last March when I visited the reservoir for the first time. 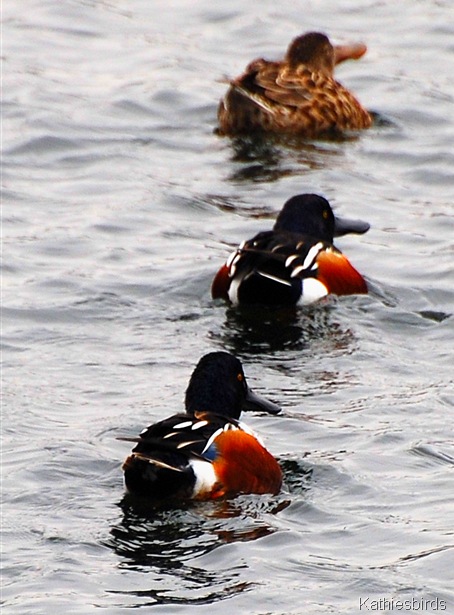 We walked 1/4 of the way around the reservoir. The guys were waiting for me off the track and down on one of the trails and just as I was preparing to join them I saw something different out towards the middle of the water. I signaled for them to wait a minute and went back with my binoculars and camera at the ready. 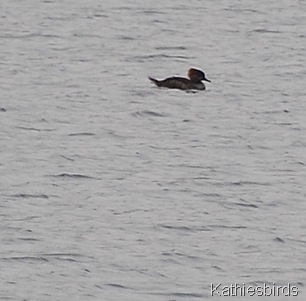 That thin bill and crested head told me I was seeing a merganser and I snapped off a quick pic, then tried to get closer. However, it was as if the bird knew I was coming for it and it took off! Drats! The foggy, cloudy day made visibility poor but I saw enough to recognize the female Hooded Merganser, species number 71 on my New York Life List! I was just thrilled. However, as I rejoined my husband and my brother, I remarked to them how I had not seen a single Red-tailed Hawk. Last year when I was here I saw one in the park right near the street. We had been here twice now and today we had been here for a few hours, but I had not seen a single hawk. As we headed back towards the apartment our path took us through Theodore Roosevelt Park which surround the Museum of Natural History. The usual pigeons, starlings and house sparrows were about us and a lone mockingbird ran through its repertoire in a nearby tree. However, as we rounded the corner of the building I continued to scan the trees, bushes and lawn. Suddenly I noticed a large bird rising through the London Plane trees and alighting on the corner of the building! 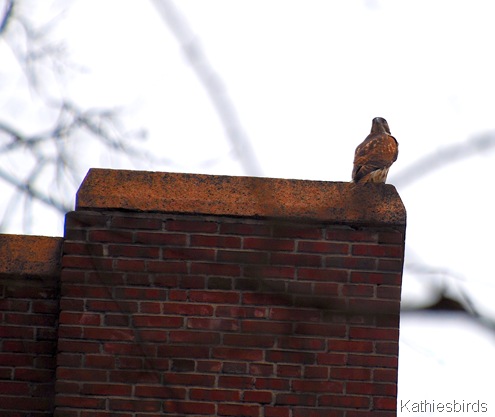 It was my final species of the day! Once again Gus and my brother stood and waited while I photographed and counted birds. Then we headed for a local pizza place where we ate our late lunch before heading home. Our weekend was over but the memories and the bird counts remain.

These are the birds I counted in Central Park and Theodore Roosevelt Park on this day:

With the addition of the species seen yesterday on the Highline Trail I have a total of 34 species for this trip to New York City!