A Walk Along the Battle Road in Concord, MA 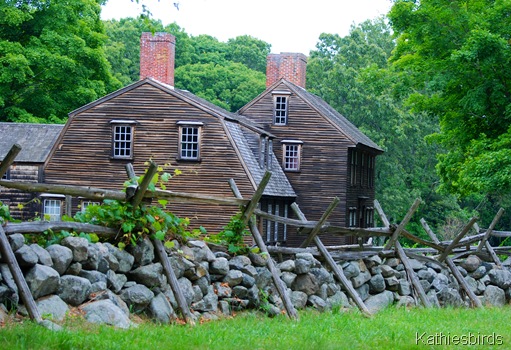 With our country celebrating the 4th of July it seemed appropriate to post pictures of our recent visit to Concord, MA and the Minute Man National Historic Park which commemorates where it all began. If you are ever in this area I would highly recommend a visit here. It is not only historically informative, it is also beautiful and great bird habitat! The Minute Man Visitor Center has a wonder interactive program which explains the beginning of the Revolutionary War, from Paul Revere’s Ride to the Battles of Lexington and Concord. I brought my grandchildren along and they loved it. Much of the action takes place here at Hartwell’s Tavern. 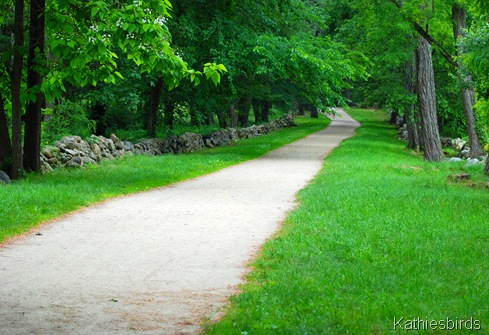 This is the Battle road that runs in front of the tavern. 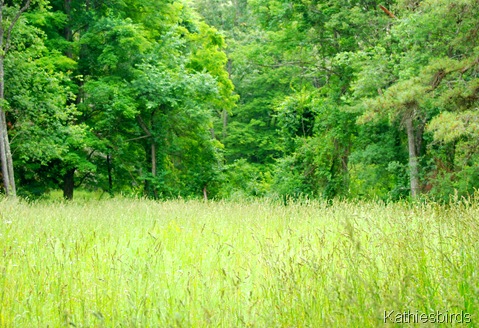 A meadow across the street from the tavern with trees beyond it. They would not have been here in 1775. All of this had been cleared for farmland back then. I heard and saw quite a few birds here, but I was trying to pay attention to my kids and the demonstration that was going on in the pasture next to the tavern. 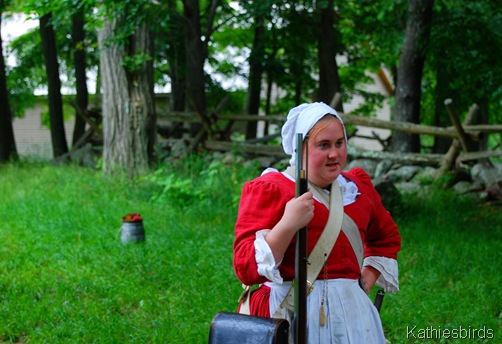 A female intern dressed in colonial garb comes out to do the musket demonstration. 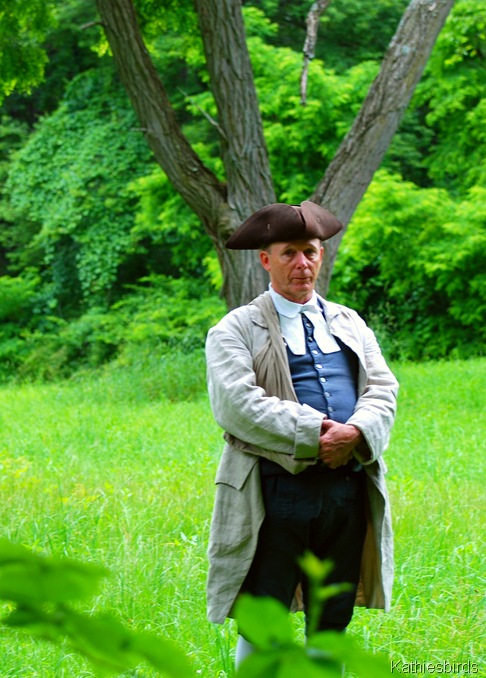 This guy is her instructor. He looks pretty stern to me! 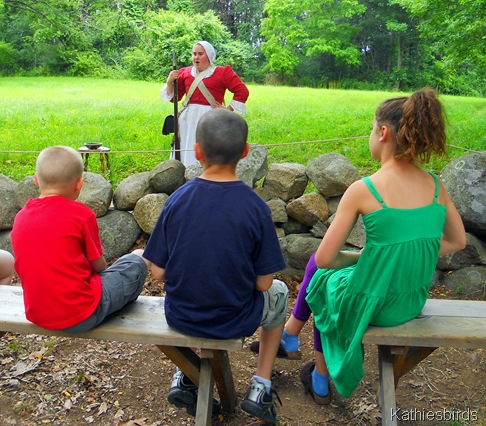 The Grandkids take it all in. 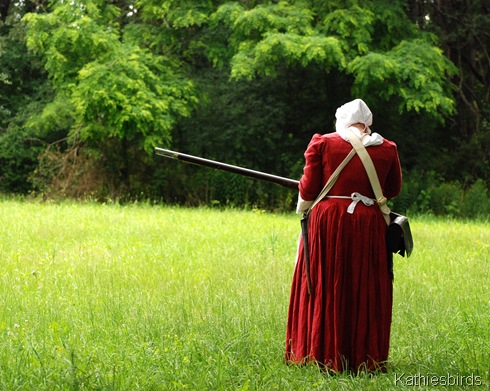 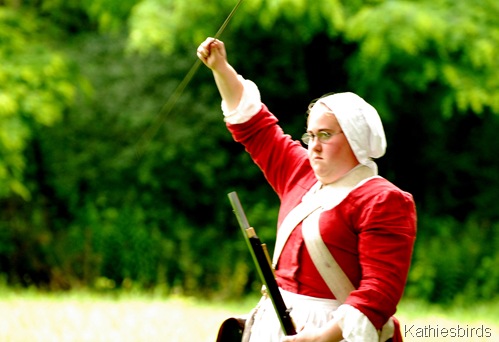 Ramming the ball in. 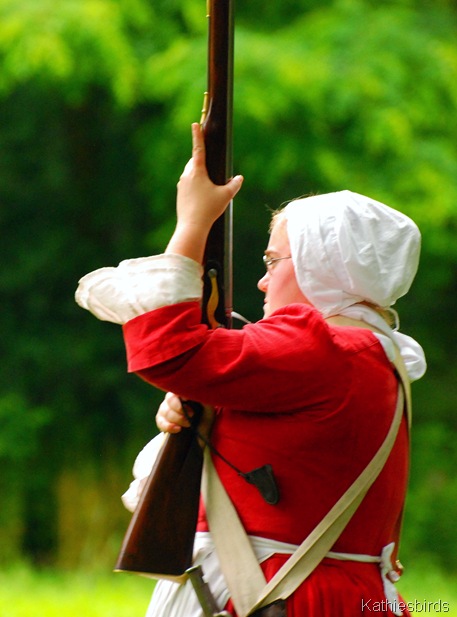 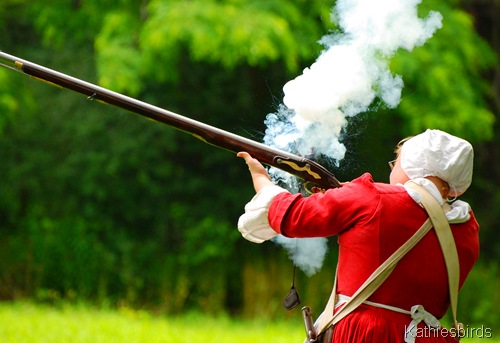 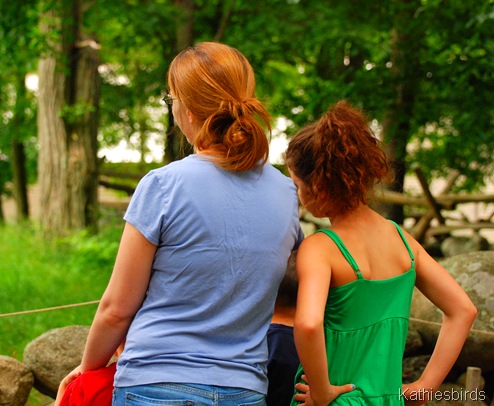 While most town women would not handle a firearm during this time period, most pioneer or frontier women would know how to load and fire a musket. 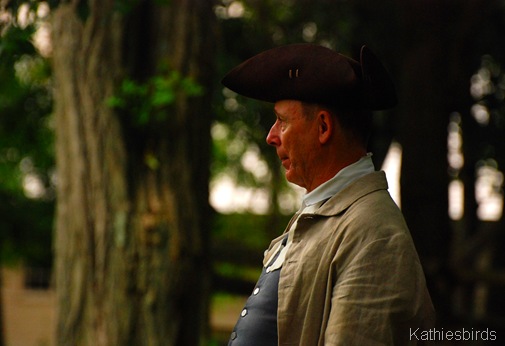 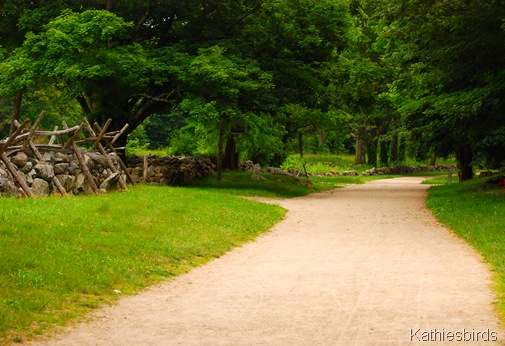 The trail back towards Lexington. I head and saw an Eastern Wood Pewee here. 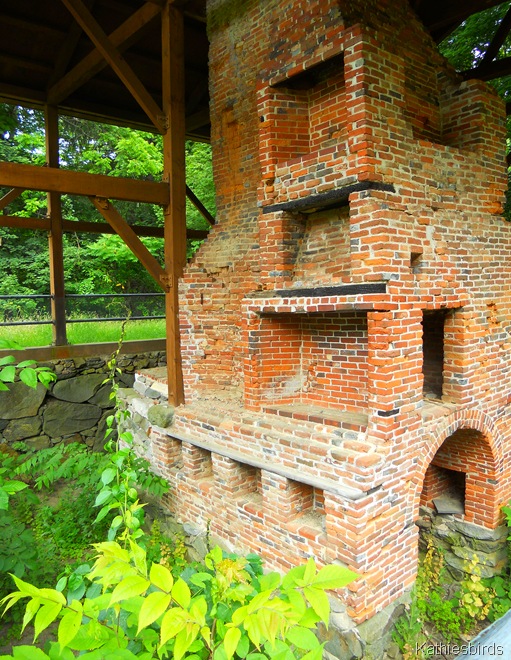 This massive chimney is all that remains of Samuel Hartwell’s House.

Samuel Hartwell Lived next door to his parent’s tavern and on the 19th of April as the he was off fighting elsewhere the some British soldier marched by and fired into his house where his wife and children were. Fortunately they were hiding in the basement and were not shot. 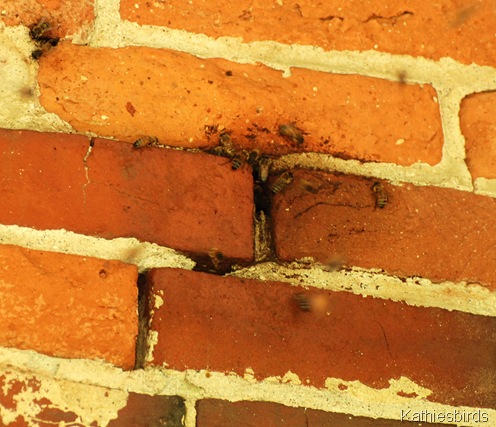 These honeybees are the only creatures living here now! 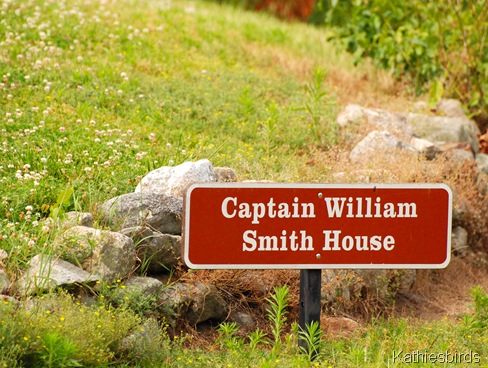 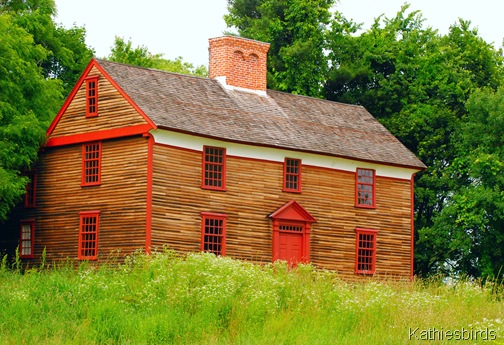 While my kids and grandkids ran around exploring this house I was watching birds in the surrounding meadow and listening to a flock of blue jays call from the surrounding trees. We hiked back to the Hartwell Tavern parking lot after this and as we were about to pull away a couple of wild turkeys wandered by! 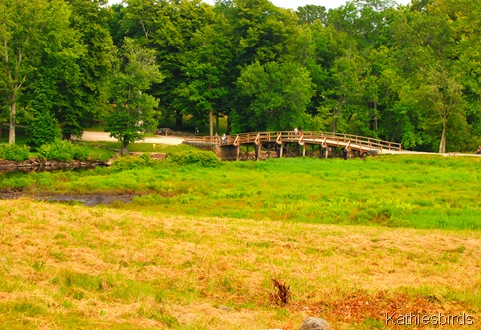 The first British Soldiers died at this location and their grave is still here across the bridge. Will all the birds I saw and heard while here I would say they are serenaded very sweetly. This is a solemn place and I always fell such reverence and awe when I am here. As for the bridge, this is not the original, but a replica of the original. It is the sixth bridge to be rebuilt in this location! Once again while the kids ran ahead exploring I sat on a bench and watched the birds. this yellow warbler is the only decent shot I got though. Yet there were many more birds around, including a Baltimore oriole and a solitary vireo! 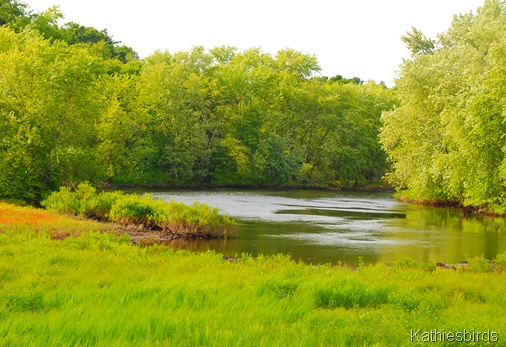 The Concord River north of the bridge. Great Meadows National Wildlife Refuge is just beyond the bend! 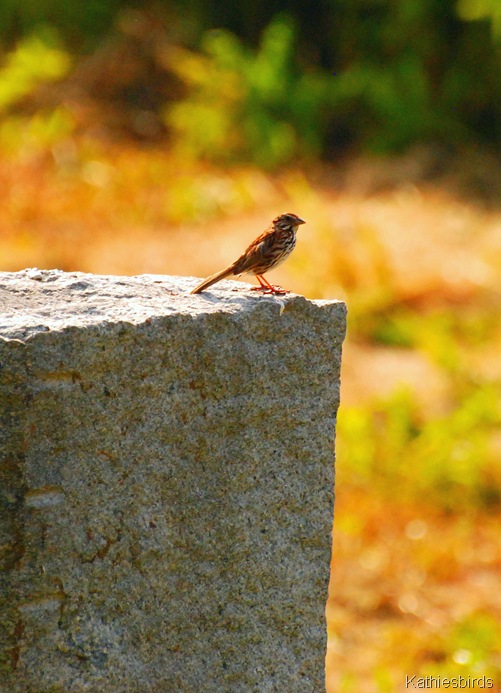 Savannah Sparrow on a granite post near the bridge.

These are the birds I saw on this trip today: