American Kestrels in my Yard 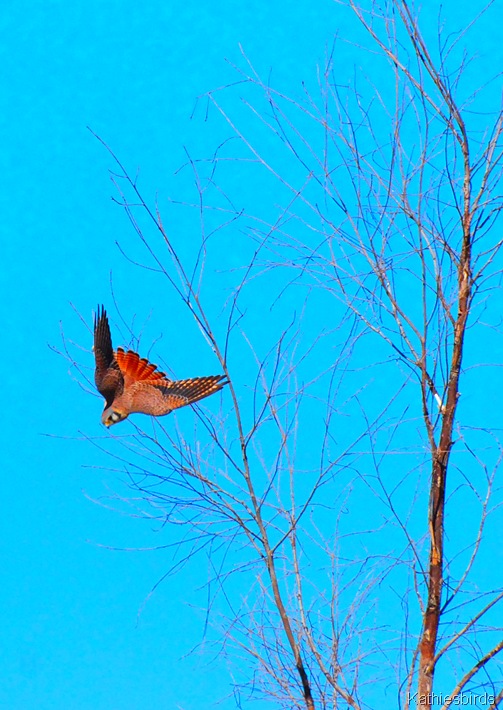 I got started on my morning bird count late today so it was quite warm as I sat in the shade on my balcony drinking green tea. The usual birds were hanging about: lesser goldfinches, house finches, a pair of Anna's hummingbirds and a few mourning doves. All in all it was fairly quiet in the yard with clear blue skies and rising temperatures. I knew we were headed for triple digits if not today, well, then tomorrow. I planned to spend the day indoors with the air conditioner running while I did housework. Reluctantly I put away my pen and notebook and reached for my binoculars and their case. As I turned to get out of my chair I suddenly saw a somewhat larger bird in the bare treetop that all the birds like to use as a lookout point. I had just seen a Say’s Phoebe there a few moments ago, but this was larger, though it was still bobbing its tail. With a rapidly beating heart I put my bins to my eyes and practically squealed with joy. A kestrel! Right here near my own yard! Since I did not have my camera with me, I just stayed and enjoyed the view. But when a second kestrel showed up, I decided it was time to go downstairs and get it! I’m not sorry I did! The birds stayed around for about 15 to 20 minutes, flying over my rooftop and landing on others. I never did manage to get a shot of both of them at once, but what a thrill it was, especially when one flew right in front of the balcony less than 10 feet from me! 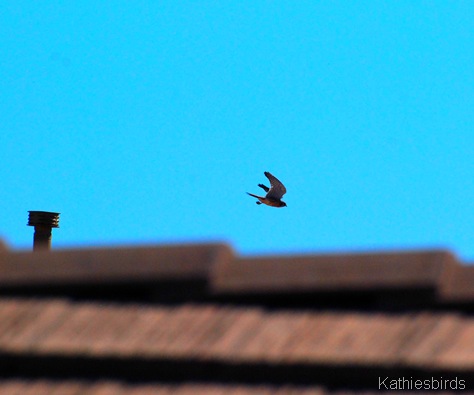 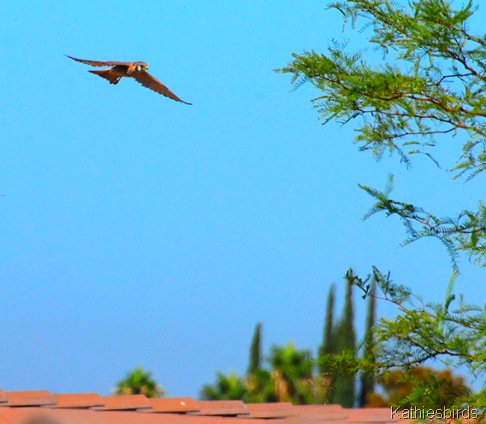 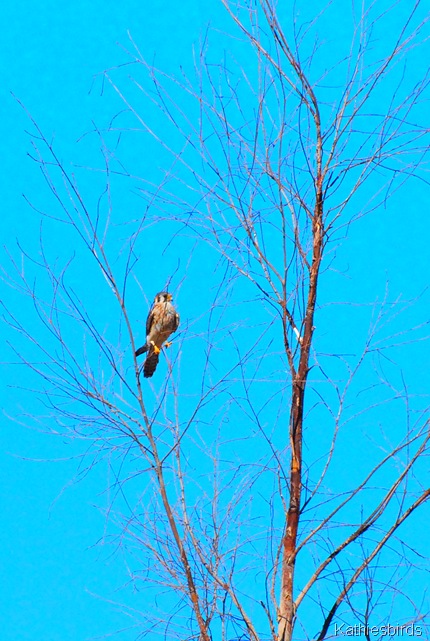 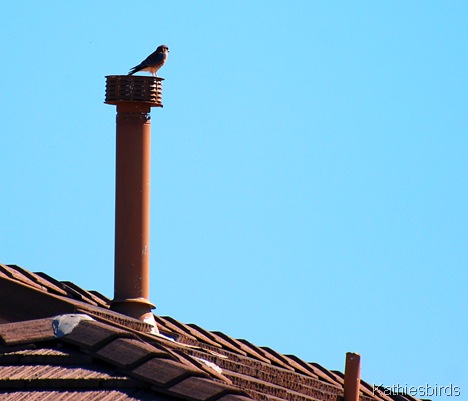 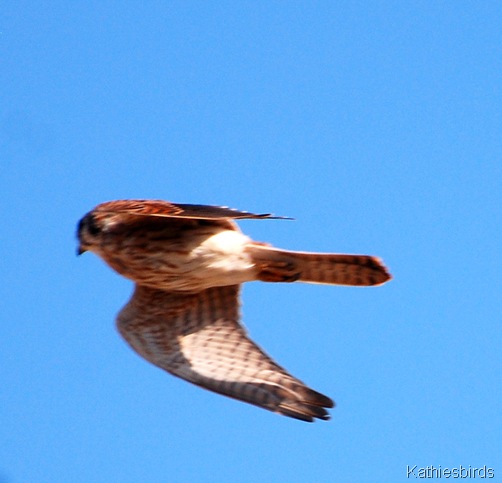 A kestrel flies by the balcony in a blur!

And as if this was not enough of a show, when I came downstairs I found this waiting for me! A female Anna’s clinging to the wire of the my new hummingbird feeder! 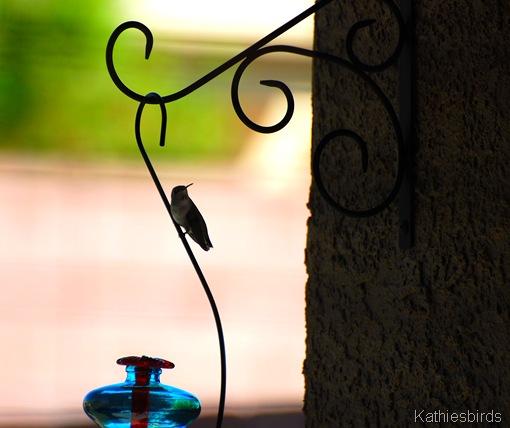 What a way to start my day!

The American Kestrel is our smallest falcon with a gray back and a rufous tail which it will sometimes pump up and down while perched. The face has distinct dark marks that run down the sides similar to a Prairie Falcon or a Peregrine, but the Kestrel is much smaller and much more colorful, with the male being the most colorful of the pair. They eat mostly insects and small mammals.

Note: I have more birding adventures from September to post about but I wanted to post something current since this was so exciting!