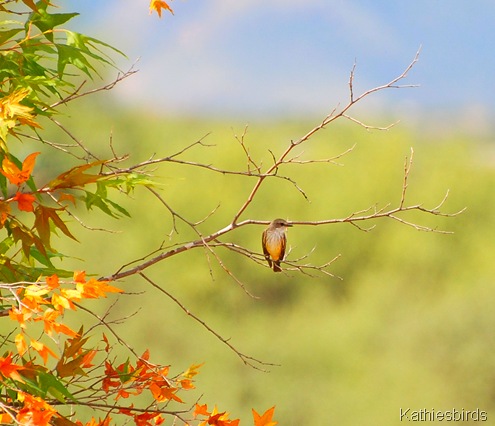 Though the temperature remained near 100 degrees last month it was beginning to look a little bit like autumn as my friend, Celeste and I set out on a birding adventure on a somewhat cool Thursday morning. We were thankful for the cloud cover as we drove south on Interstate 19 towards Rio Rico for a day of birding adventures and sightseeing fun. 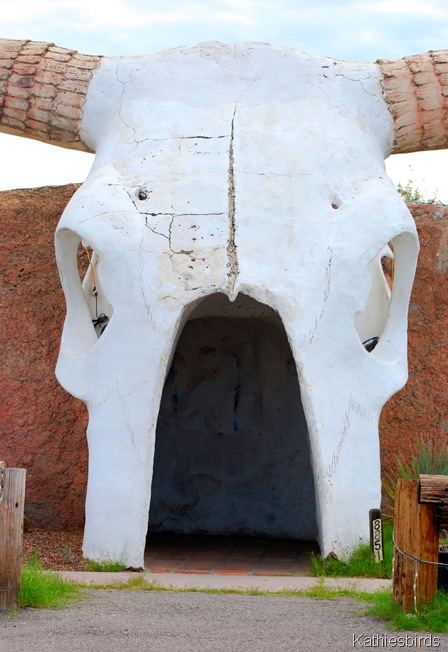 Since my friend, Celeste is originally from England I just had to show her the giant cow skull door entrance to the Long Horn Bar and Grill in Amado. I must say that I was sad to see it was being sold at auction the next week, apparently a casualty of the current economy here in Arizona. Still, Celeste got a kick out of seeing it as well as the Cow Palace Restaurant across the street where John Wayne is reported to have eaten on occasion. I first met Celeste a few years ago through our mutual interest in birds and blogging. Since then we have become good friends. Having her nearby here in Tucson has certainly helped ease the homesickness for family I have experienced since moving back. But we did not stop in Amado just for  the giant cow skull, we also stopped there because the Amado Sewage Ponds can be a great place to find birds. We drove over to the east side of I-19 next and parked the car. Though we walked quietly around the pond and the grasslands searching for birds, they were few and far between, so we moved on. 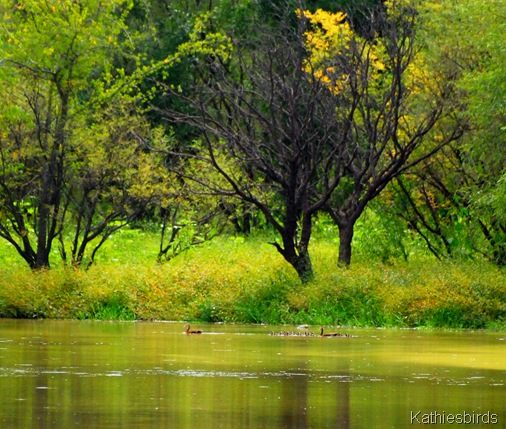 Farther down the highway we exited at Rio Rico drive stopping first at the De Anza Trailhead. It had been two years since i have been here and i was sad to see the parking and picnic area in such disrepair. there were a few Cassin’s and Vermilion flycatchers flying around the parking lot, but not many other birds, even down along the Santa Cruz river which flows just beyond the picnic tables. All in all it was a very quiet day bird wise. 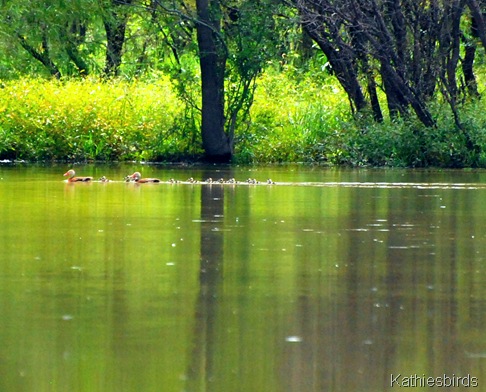 Just a little farther east on Rio Rico Drive we came to the Rio Rico Pond. While it was not a birding bonanza, we did see a few more species here, and I was quite excited when I spotted this family of Black-bellied Whistling Ducks at the far end of the pond. The pond was fuller than I have ever seen it with just a few swallows swooping low over the water. We did see a Black Phoebe as well as the resident Great Blue Heron, but these ducks were the real find of the day. I was surprised that they still had such small ducklings. I thought it would be too late in the summer for such small babies to survive. 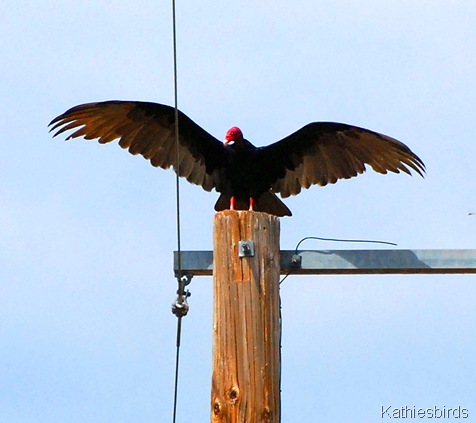 From there we moved on to a place along Pendleton Drive that I call Swainson’s Hawk Field because when I lived here before I found Swainson’s Hawks by the hundreds gathering in the field for migration at the beginning of October. I know this was about two weeks early, but still, I hoped we would see something! However, the only bird that was there to greet us was this Turkey vulture warming its wings on a utility pole. After stretching and preening and warming its wings it finally took to the air and started circling, trying to catch the updrafts from the valley floor. 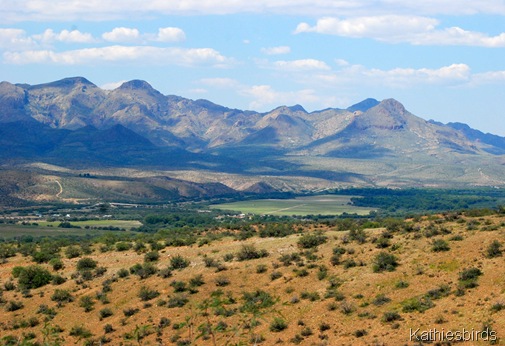 So Celeste and I drove high onto the side of the San Cayetano Mountains where we had a lovely view out over the Rio Rico Valley. It was lunch time now and all the birds were down, so we drove into town for pizza and while we sat and ate, we discussed our plans for the rest of the day. Where to next? Well, Celeste had never been to Madera Canyon, so that made sense to me. I had not been there since moving back either. After a relaxing meal we were soon on our way.