Battle of the Blackbirds 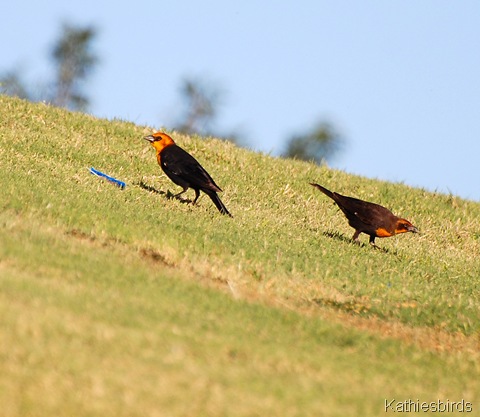 When Chris and I were at Lakeside Park last week we came upon a pair of yellow-headed blackbirds apparently “grazing” on the side of the steep hill that runs down to the lake. 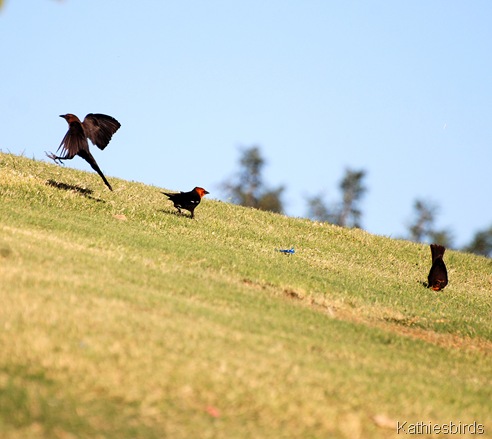 As we watched and photographed the birds we were surprised to see a female grackle land nearby. 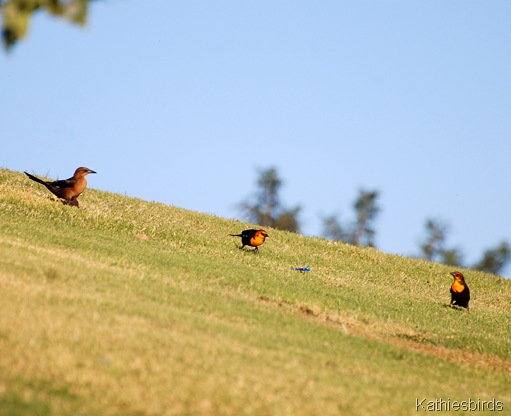 You can see by her size that she is much larger than the yellow-headed blackbirds. 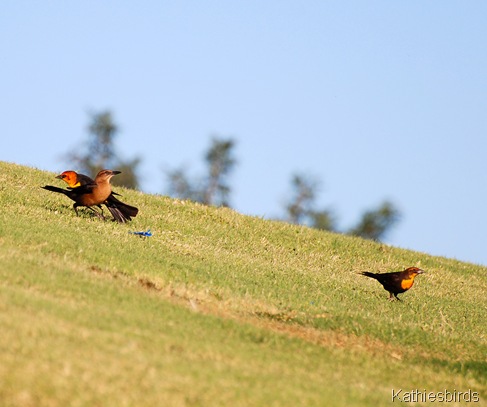 I don’t know what she wanted… 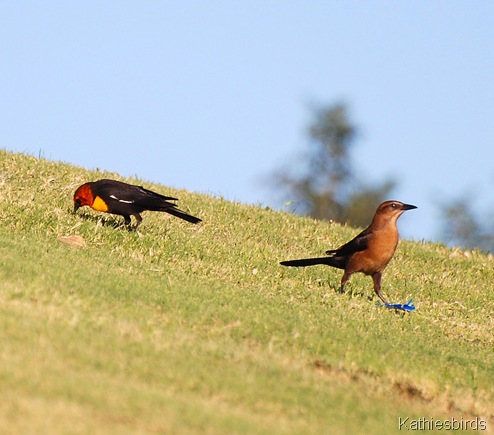 but she walked with menace in her eyes… 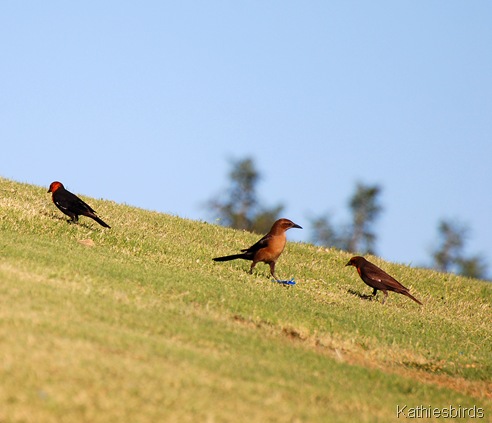 after checking things out… 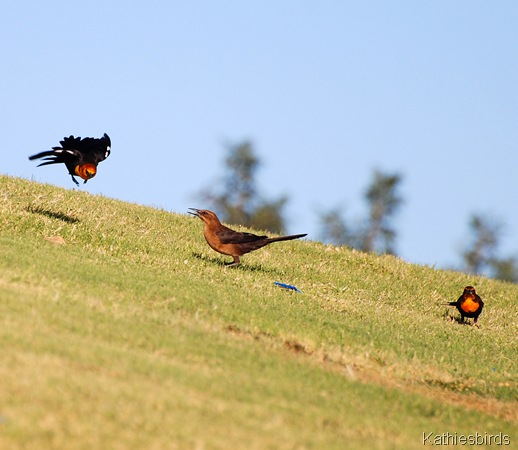 The Battle was on! 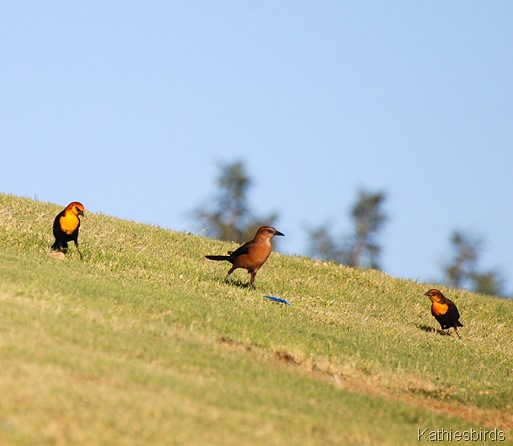 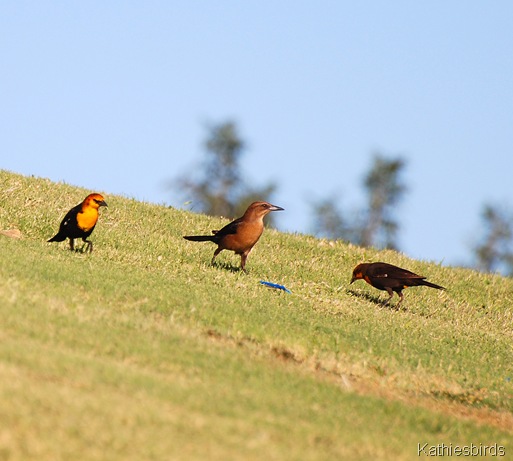 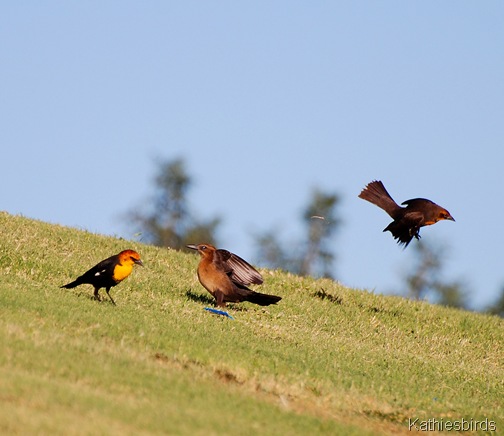 With leaps and posturing the birds fought for this piece of earth! 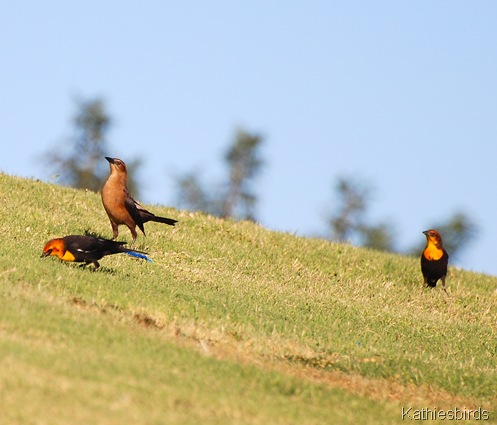 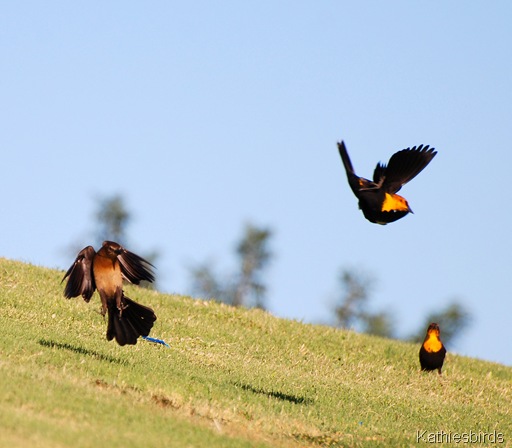 No one wanted to yield! 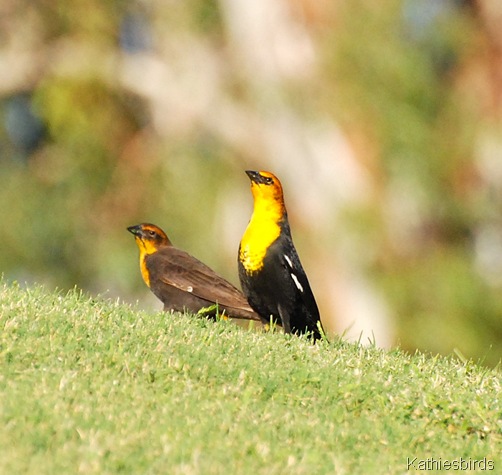 But in the end, the Yellow-headed blackbirds won! 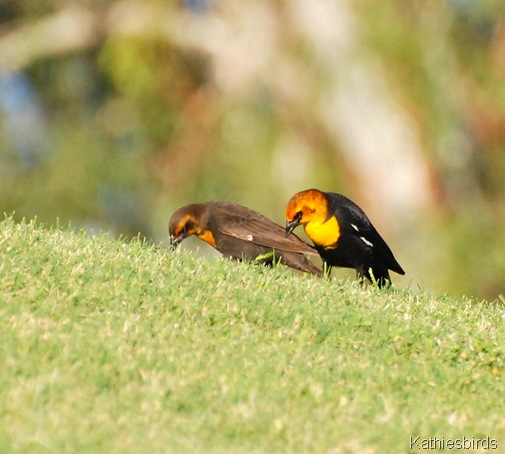 And the went back to peacefully grazing!

If you would like to see all the birds we saw at Lakeside Park just click on the link: