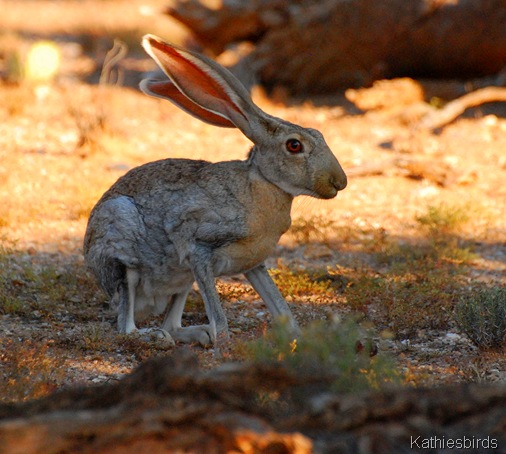 I already knew when Chris and I saw this Jack Rabbit alongside the dirt road to Mica View Picnic area that we were seeing something pretty special. I mean, we both love animals and photography, and it was made even more special because this was Chris’ first time seeing a jack rabbit even though he has lived in Tucson for 17 years, but I had no idea just How special it was. As I was writing yesterday’s post I did some research to confirm that the jack rabbit we saw was a “Black-tailed” jack rabbit, which is the one I am most familiar with. Since this was my first jack rabbit after having returned from the east, I just assumed it was a black-tail having never bothered to really read the description of one. While Chris and I were observing this rabbit, we were joking about the westerners who tease eastern greenhorns about the “jack-a-lopes,” rabbits that are so large that they look like the cross between a jack rabbit and an antelope. Some postcards sold here in the west even depict this mythical creature with antlers and a saddle on its back! After seeing this large rabbit, Chris and I could see how easy it would be to come to that conclusion! This rabbit was huge with long legs and even longer ears! 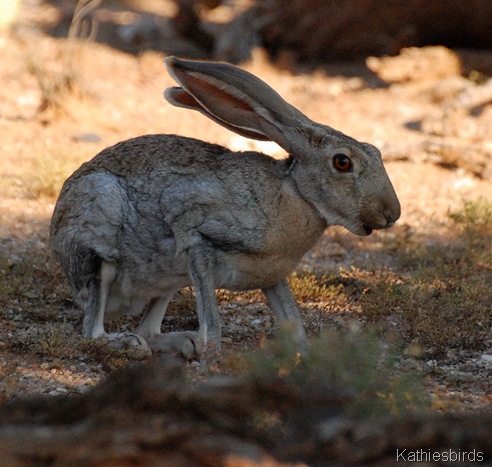 As I started to read about the two varieties of Jack Rabbits seen here in the Sonoran Desert I started to compare the descriptions with the photos I had taken. It seems that the Black-tailed Jack Rabbit is more commonly seen. It has black tipped ears that are smaller and a black-tipped tail. The Antelope Jack Rabbit is larger with larger pale ears and no black on the tail. It also has a white patch on its flanks which it can flash when alarmed. 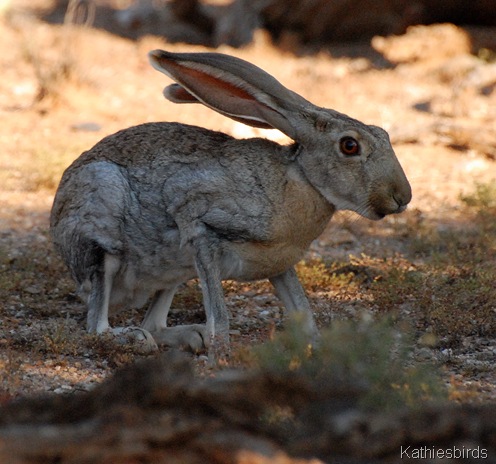 With ears as long as a mule’s

eyes as soft as a doe,

you nibble on desert grass

in the cool of the Sonoran evening 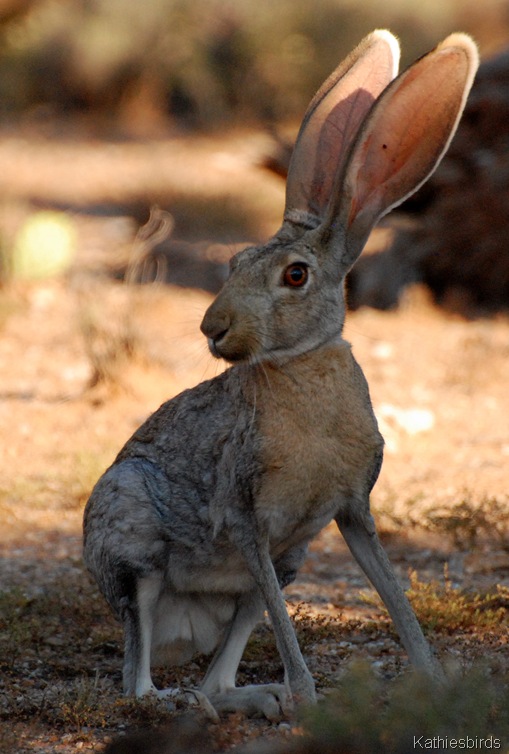 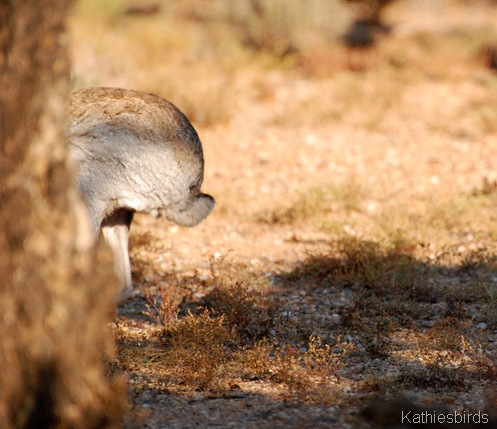 No black tail as this rabbit runs away!

Well, I learned that it pays to do your research! So, congrats Chris! You not only saw a Jack Rabbit, you saw an Antelope Jack Rabbit!