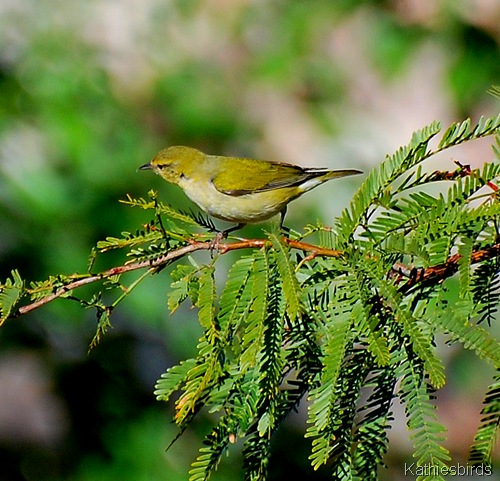 I was going to do a different blog post for today but when Life Bird comes to visit you, well, everything else just gets put aside! It was a gorgeous morning  here in Tucson and I was sitting on my balcony enjoying the clear skies and cool temperatures. As usual I was drinking my coffee and counting my yard birds. After awhile i picked up my pen and started writing poetry. I had been outside for almost an hour and decided I needed to go back inside and finally eat some breakfast. As I stood up to go in I noticed a yellow-green bird on a tree with a few lesser goldfinches. 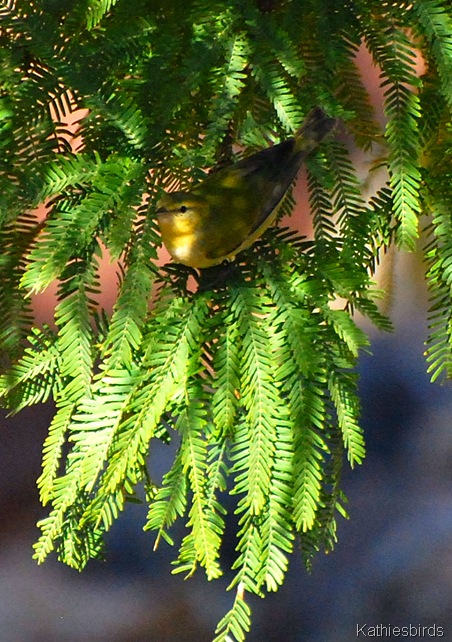 On closer examination I noticed it was a warbler and not a goldfinch. It moved differently and it had a different beak. Due to it’s overall yellow-green-gray color and the bit of an eyeline and the lack of wingbars I assumed it was an Orange-crowned warbler and I noted it as such in my notebook. I was so excited to think that I would be adding a new yard bird to my list. I was also excited because this would be the first orange-crowned warbler I have seen since my return to Tucson 2 months ago. Since the bird seemed to be hanging around, I went back inside to get my camera. fortunately for me, when I came back out it was still there and I started snapping away. 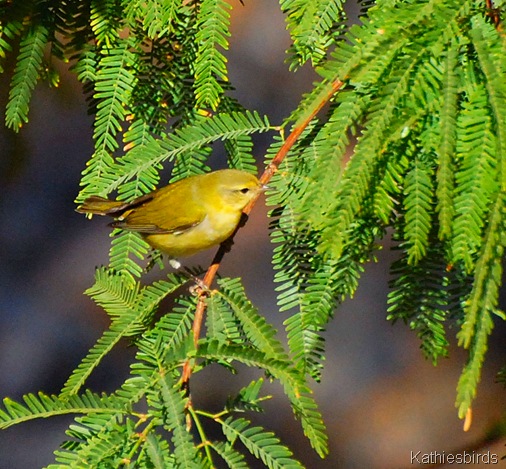 After taking about 25 shots the bird flew off to the front yard and last I knew it was headed south. So, inside I go to submit my remarkable Orange-crowned warbler to eBird. Only, when I pull up the list I discover there are 2 sub-species of Orange-crowned warblers seen in this area! One is called lutescens and it is the brightest subspecies, while orestra is the largest and is intermediate in brightness to lutescens and celata, a third northern and eastern subspecies. But here is the clincher. All orange-crowned warblers have YELLOW undertail coverts. Under-tail coverts are those fluffy little feathers that cover a bird’s vent underneath its tail. I suppose you could think of them as the birdy version of “underpants!” 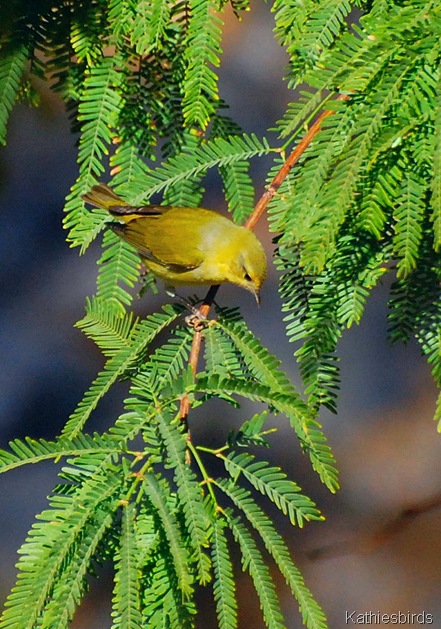 Learning this bit of information made me immediately consult the photos I had taken. to my utter surprise this bird had WHITE under-tail coverts! And only a Tennessee Warbler looks like an orange-crowned but with white under-tail coverts instead! Well, by now I was quite excited and a little bit afraid. If I submitted this bird count to eBird I knew it would be flagged and I would have to prove that I saw what I saw. Thank goodness I took these photos! I also posted them on my Facebook Page and on The Facebook Bird ID Group of the World where many more experience birders confirmed my sighting! 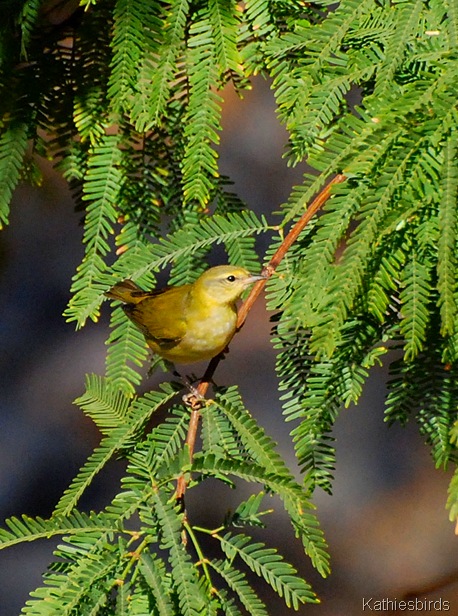 So, now I have been sitting here all day trying to get this ID confirmed and writing this exciting blog post! It has been 3 months since I added any new Life Birds to my list. Who knew that one would just show up in my yard! 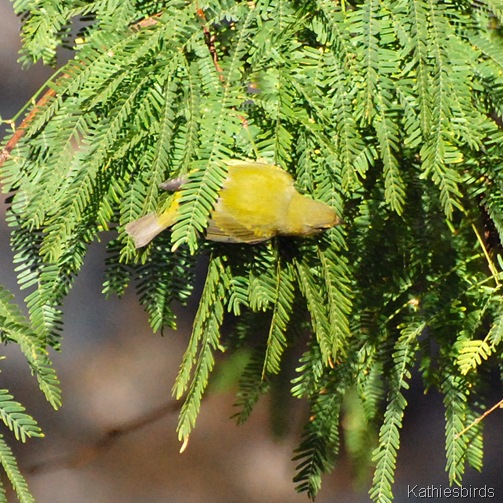 The Tennessee Warbler in Tucson is chowing down on AZ insects! 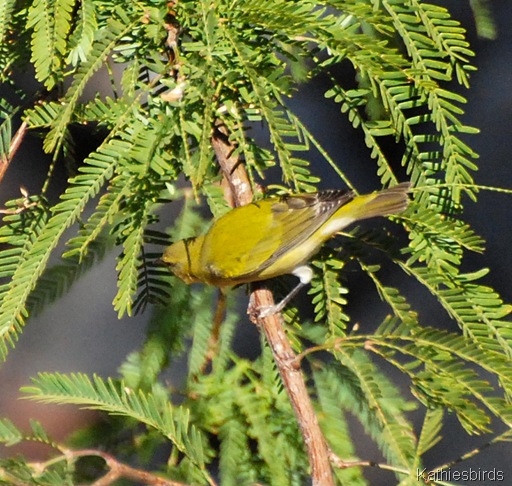 I’m getting a bit hungry now myself! 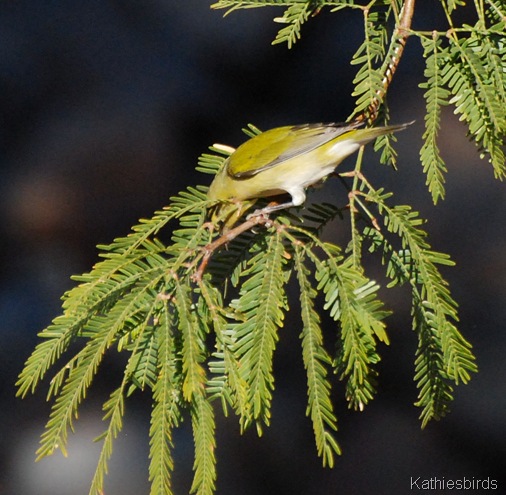 Thanks for stopping by Tennessee! 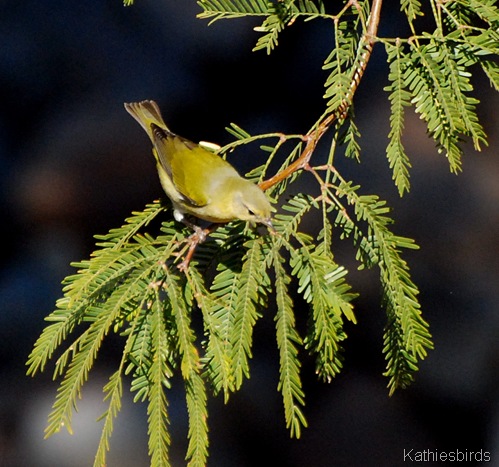 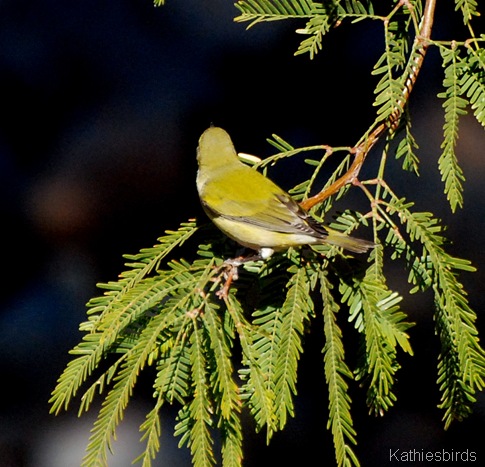 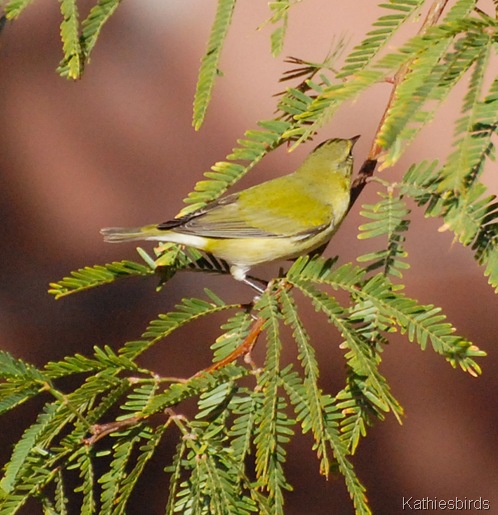 Notice the white under-tail coverts and the lack of wingbars. 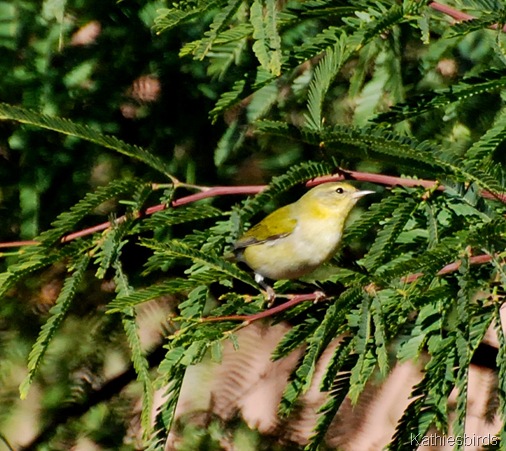 This photo is a bit blurry but I liked the view of its face. 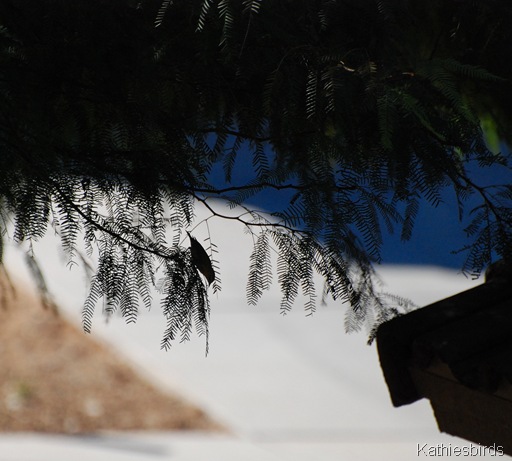 Note: Upon further research I have discovered that this species was last seen in Tucson at Christopher Columbus park in November of 2011 according to eBird. I was also asked to submit my photos and a written record of this sighting to the Arizona Field Ornithologists and the Arizona Bird Committee, which I have done.