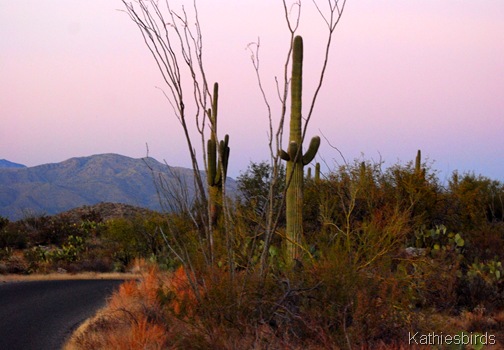 Friday night was so beautiful here in Tucson that when Gus got home from work early I suggested we take a drive through Saguaro National Park before the sunset. I quickly grabbed my bins and camera, then we hopped in Gus’ convertible, put the top down, and headed for the park. I think we got in just before they closed the gates for the night. While Gus drove slowly around the 8 mile loop road I looked out over the desert enjoying the evening glow. While there were not many birds to be seen, I did notice what looked like a stick on the edge of the road as we rounded a corner. 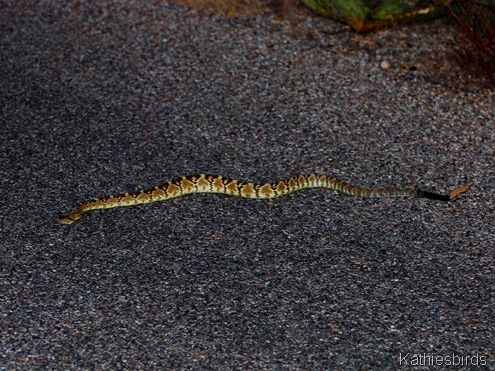 I have lived here long enough to know that the stick was probably a rattlesnake. So Gus slowed down, backed up, and looked in his rearview mirror. Sure enough it was a snake! I carefully and quietly got out of the car and reached in for my bins and camera. Keeping the car between myself and the snake, I snapped off a few pictures. 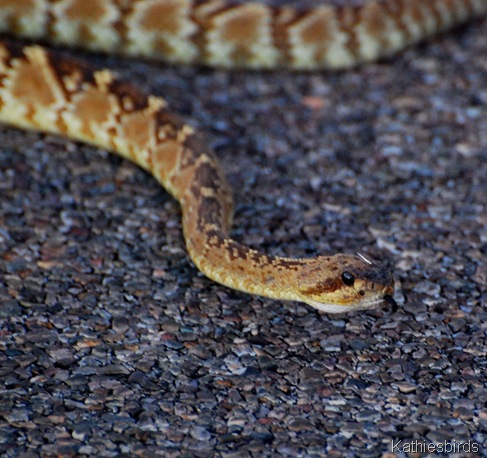 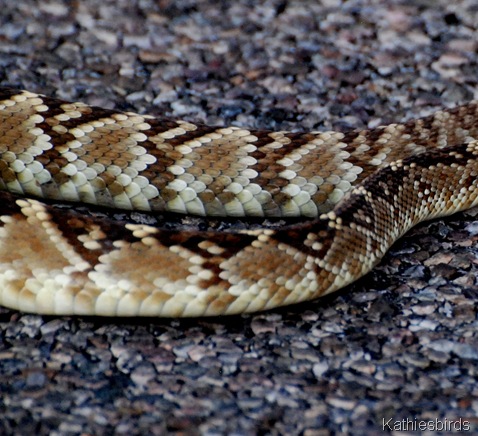 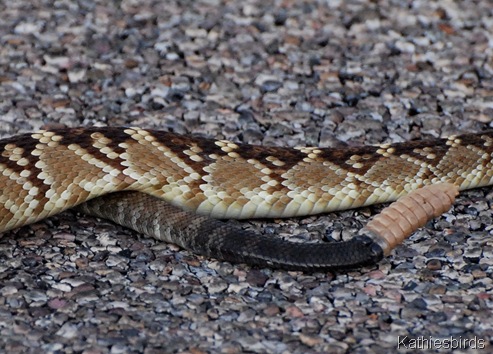 Though at first I thought this was a Western Diamondback Rattlesnake I was soon to discover that it was a Black-tailed Rattlesnake distinguished by the uniformly black tail. 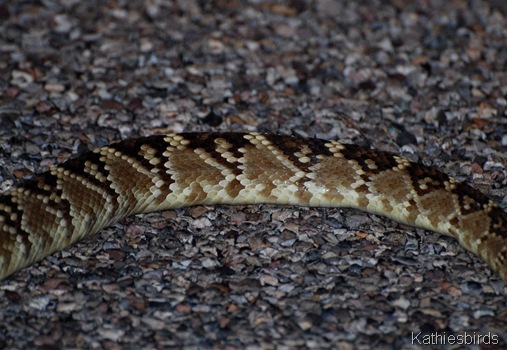 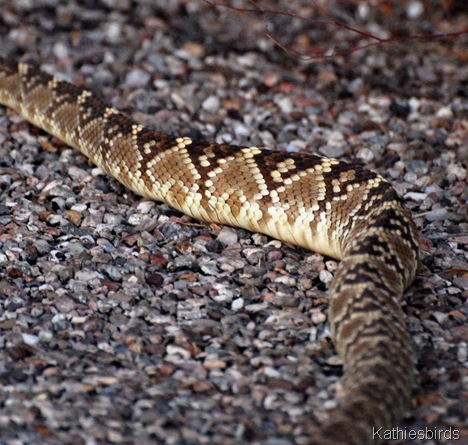 I could see a bulge in the middle of the snake’s length and couldn’t help but wonder if it had eaten recently. We hoped the snake would get off the road by either finishing crossing the road or heading back the other way. At one point it seemed like it was going back into the desert, but then it turned back onto the warm road once again. If it had just eaten I suspect it needed the warmth of the road to help it digest its food, since snakes are cold-blooded and regulate their body temperature by their surroundings. They need to be warm enough for the digestion to function. In the end we just drove off and hoped that no one else would drive over the snake. We had passed one other car just before this. Hopefully they would drive carefully, aware of the wildlife. 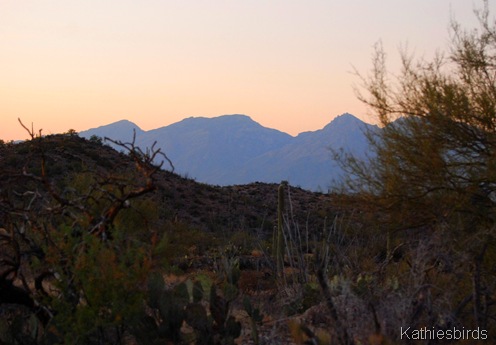 Catalina Mountains to the North 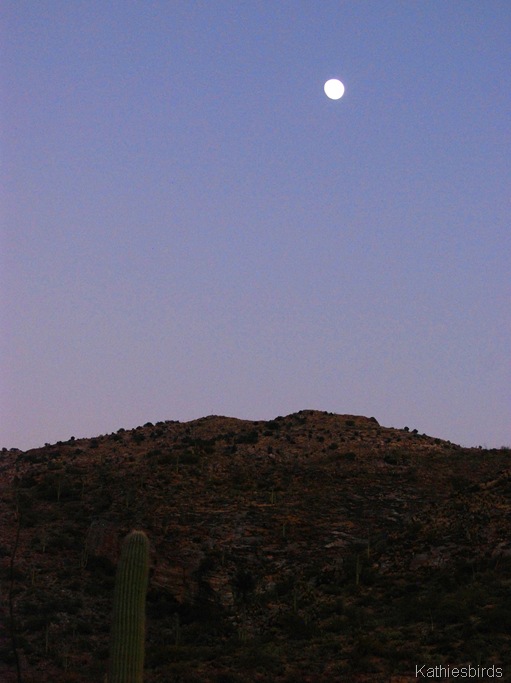 Moonrise over the Rincon Mountains

It was the perfect night for a drive.