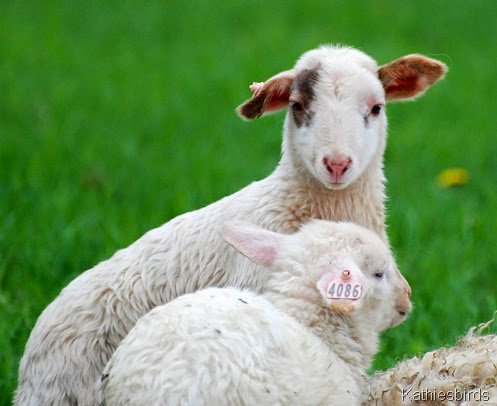 I had driven past Crystal Springs Farm several times since moving to Brunswick but I had no idea that is was part of a land trust and open to the public. When one of my neighbors dropped off a newspaper clipping informing me of several birdwalks in the area, but with an arrow pointing specifically to this one, I marked it on my calendar and showed up at the appointed time! 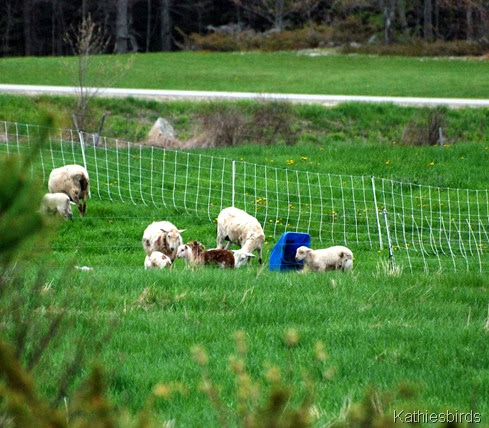 A flock of sheep were in the pasture bordering the parking lot when I pulled in off of Pleasant Hill Road. On this damp and gray morning the parking lot was already full of cars. Birders clustered in small groups talking or gazing through their binoculars as the surrounding farmland and trees. Then our bird guide spoke up. 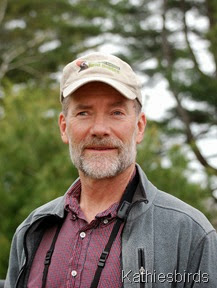 He introduced himself as Jan Pierson. I didn’t know anything about him but later learned that he is a professional bird guide.  Apparently this was a birdwalk arranged by three different groups: Merrymeeting Audubon, Brunswick Land Trust, and ???  There were about 30 people gathered to watch the birds as we set off down the wet grass path. Already we could see and hear birds around us. Starlings gathered near the farmyard, chipping sparrows flitted on the ground, and Song sparrows sang from the hedgerow. But what I wanted to see were Bobolinks! And I didn’t have long to wait. We rounded a corner near a pasture and their they were. bobbing and singing their electronic song everywhere!  The weather was awful for photography with a light mist falling, but I couldn’t resist! I tried anyways, I was so enthralled with them. In many places the bobolink population is in decline due to loss of habitat, since they need overgrown pastures to breed in, but here in Maine I have been surprised and delighted to find them in several areas. So, below are my several attempts at photographing this amazingly colorful and vociferous blackbird! 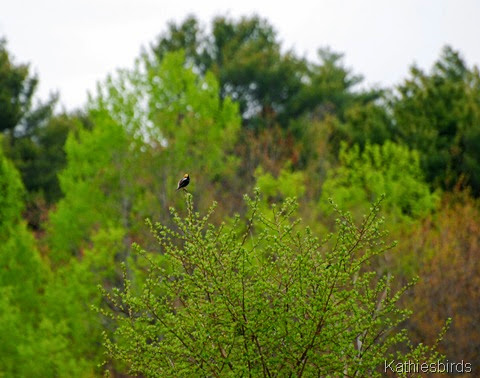 Bobolink atop a distant tree. 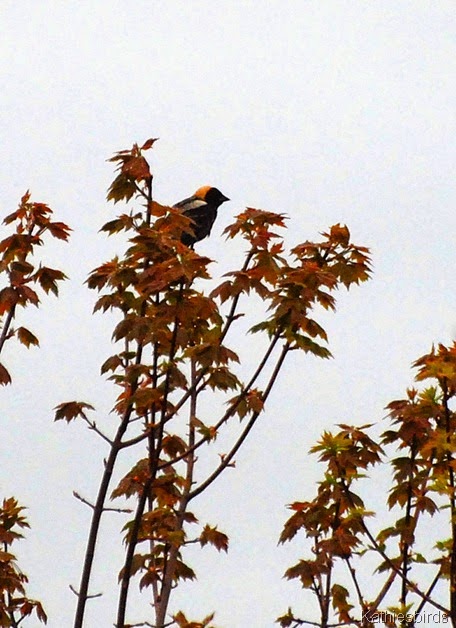 Bobolink atop a closer tree. 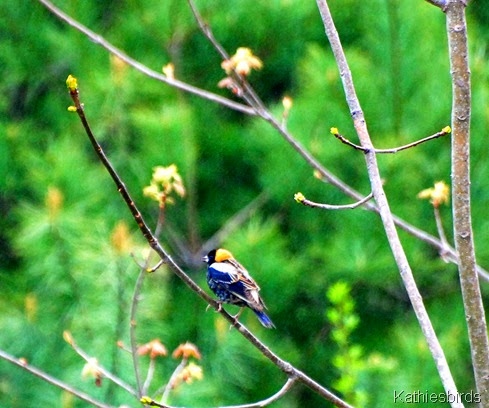 From this view you can see its yellow head and the white wing patches and rump. 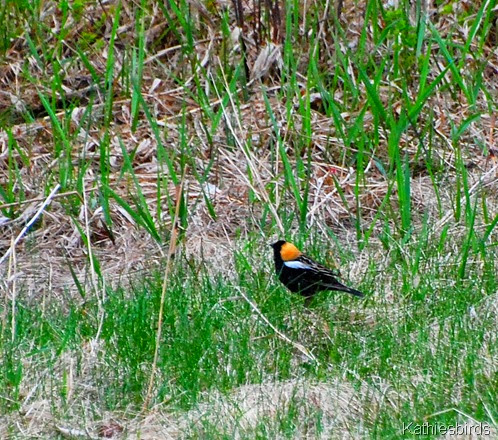 None of these photos does the bird justice but they are my first photos ever of this bird. I think I tried to photograph them when I was at the New River Birding and Nature Festival back in 2009, but those shots didn’t turn out very well either.

But Bobolinks were not the only birds we saw. 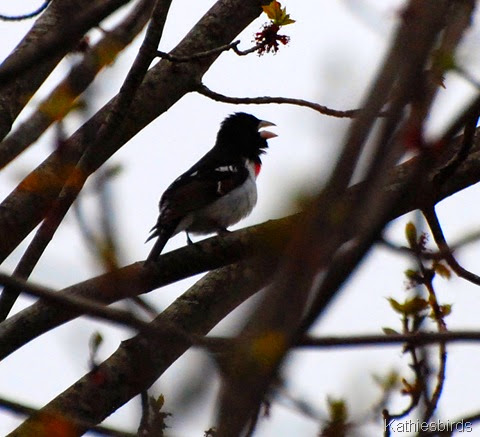 A male Rose-breasted grosbeak singing his heart out in the rain!

I was wondering why I took the photo below. was it just to show the tender and colorful new leaves? But then, as I was uploading it I saw something. Do you see it? 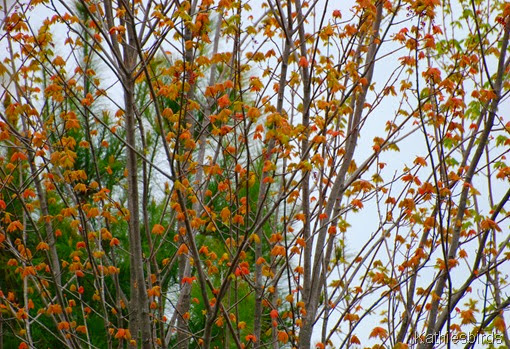 It’s in the middle of the photo. 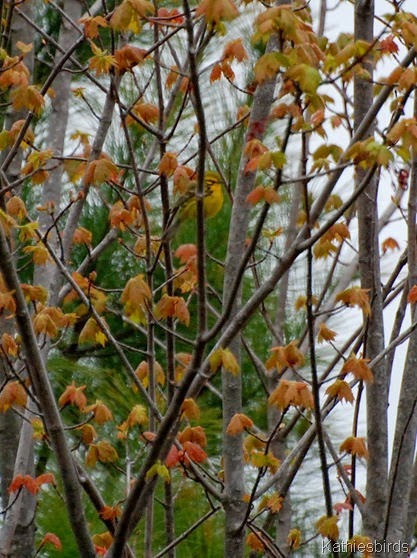 We saw and heard several of these beauties in the same area as the Bobolinks!

In one of the farm ponds I spotted a Solitary Sandpiper and pointed it out for the group. We also saw some Wood Ducks in that same pond. While the wood ducks hid in the reeds and the sandpiper was too distant and deep in the grassy edges of the pond, I was able to get a photo of this much larger Canada Goose! 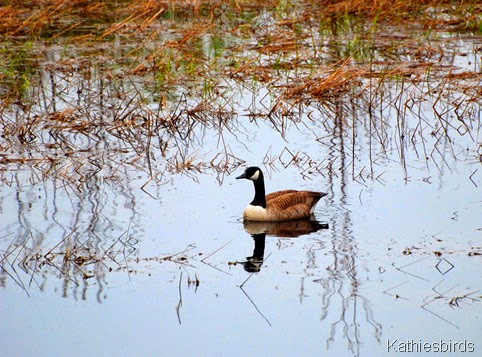 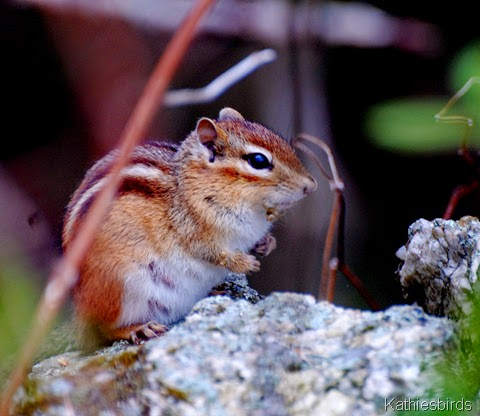 This little chipmunk must have thought we were nuts to be out in this weather watching birds! In fact, several people did leave after the stop at our first location and before we headed out to bird around the former quarry in a steady drizzle, but I stayed until the end. In fact, I stayed until everyone else left and just gazed around the farm…and took a few more photos of the sheep! Jan Pierson did a great job and was a kind and informative guide and very patient with everyone. Thank you Jan!

Carol Jacks from Merrymeeting Audubon also talked to me afterwards and gave me much useful information about birding in the area. She is the one who pointed me towards Brunswick Landing, which has now become one of my favorite eBird Hotspots! Thank you Carol! 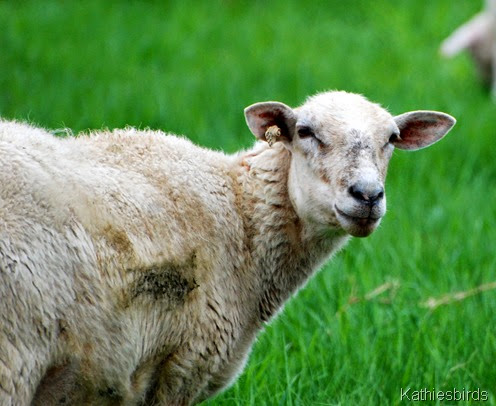 I counted 41 species in a little over two hours at this location. Crystal Spring Farm is an eBird Hotspot that is well worth visiting! Just remember, there is no “s” on Spring, a mistake I found myself making several times! 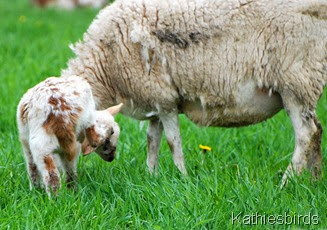