Spring Critters in the Yard 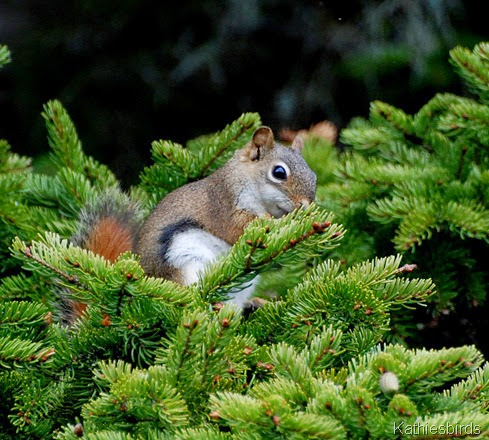 Spring has brought a series of wild creatures to my back yard, many of them unexpected. I had the Red Squirrel hanging around for about a month, but I haven’t seen it lately. Photographing wildlife is always challenging as most of it does not want to be photographed. Some of the following pictures are blurry due to low light conditions, my excitement, or the malfunctioning of my lens motor which refuses to focus at times, but here they are anyways and, for the most part, I am pleased with the shots and surprised by what I have seen in this yard so far! 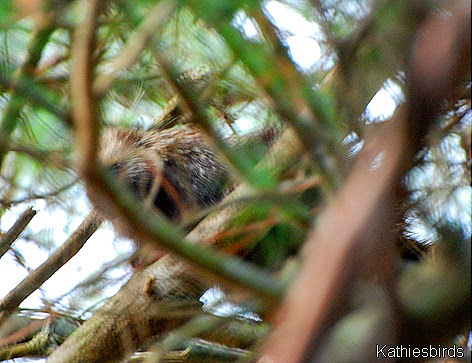 I discovered this creature late one damp and gray evening in the pine tree directly across from my back door! At first I couldn’t believe what I was seeing, then I rushed outside to get a photo but the creature climbed back up the pine tree deep into the needles and I had to maneuver around to try to get a shot. The lighting was very gray and dim, and a light mist was falling. It caused my malfunctioning 70-300 zoom to quiver and shake, so these are the best shots I was able to get. I sharpened them as much as I could and you can just make out the quills and face of this little intruder! I was worried about it having an encounter with our little dog, Blossom, but I have not seen it since. 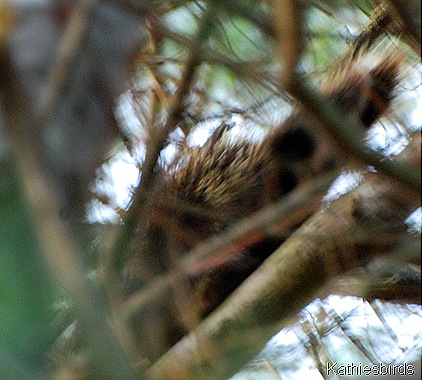 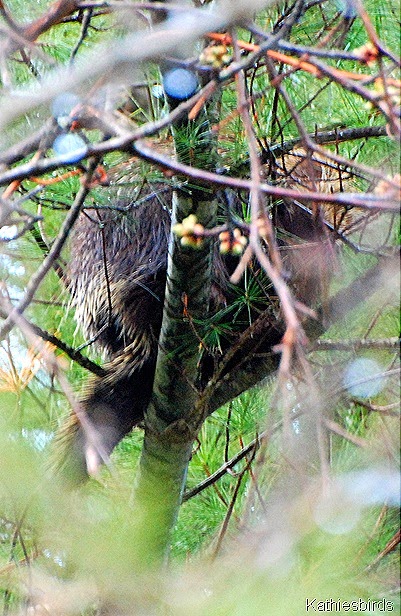 Back up the tree. 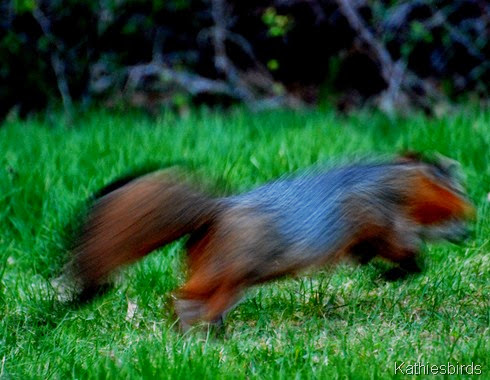 There are actually a pair of Gray Foxes that have been showing up regularly to our back yard. It’s hard to photograph anything through the windows, so I snuck out the front door and crept around the corner of the house to get this shot on May 11, 2014. All I got was this one shot before the fox bolted when the fox saw me and heard the camera, but I kind of like the motion of it fleeing! 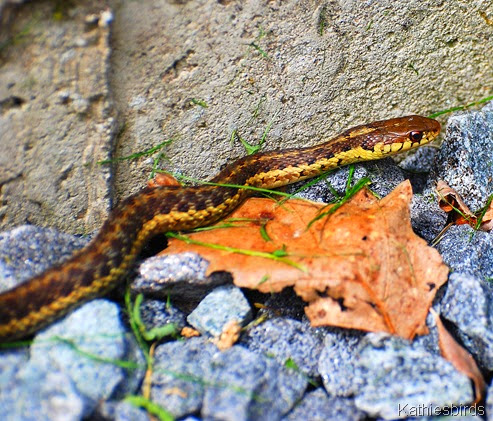 I was sitting outside eating breakfast on the morning of May 24th when I looked down to see this creature 24 inches or less from my left foot! Since I love snakes it did not alarm me. I was so delighted and pulled out my camera to snap a shot or two. Since it was so close I was also able to take a few cell phone shots and post them on my Facebook wall. The snake stayed there searching for food but finding nothing it finally slithered off after 15 minutes or so. 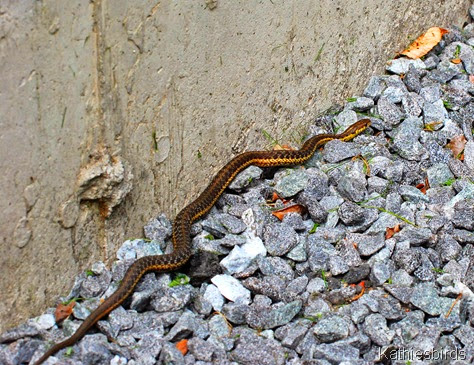 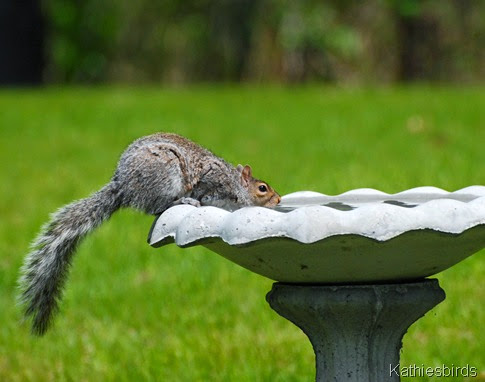 I bought a new birdbath and it wasn’t long before the gray squirrels made use of it! I was watching this Gray Squirrel and photographing it when I noticed the snake. We have also seen a raccoon in the yard, but fortunately so far, it has not stayed and bothered my bird feeders. Life is sure interesting here on Mere Point and all these critters and birds have kept me so busy that I have not had much time to blog. I am trying to catch up now before the next wave of activity starts! 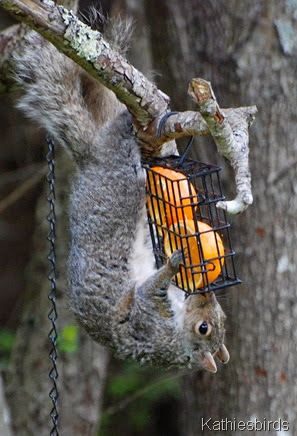 Gray Squirrel eating oranges I put out for the orioles.