The Dance of the Broad-winged Hawks 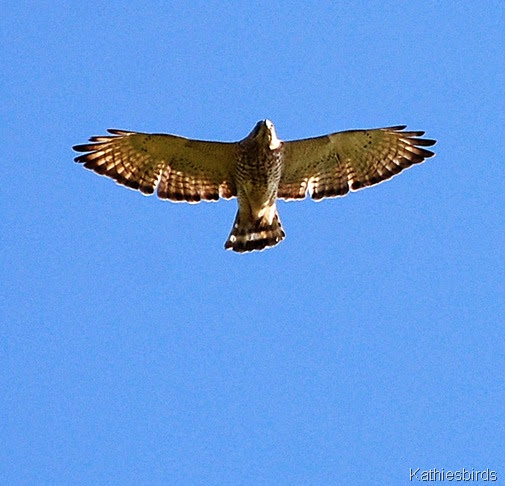 On June 2, 2014 as I was standing in the yard a trio of hawks came soaring into the open above the tree line. I happened to have my camera with me and so started snapping their pictures. 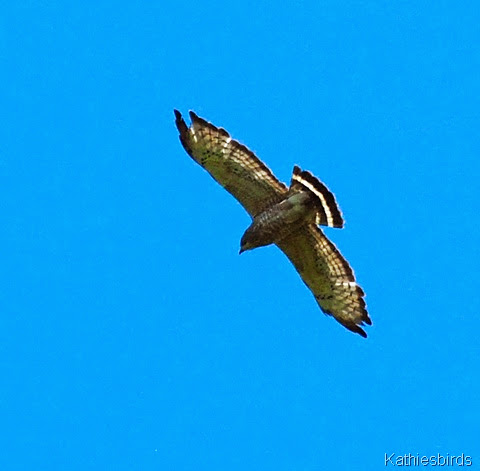 Note the wide white band in the short tail and the dark outline of the broad wings. 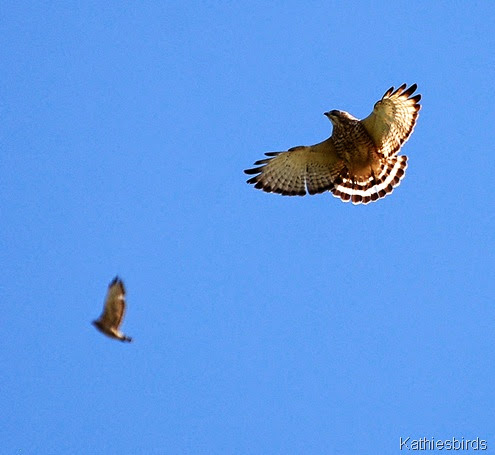 I suddenly realize they look like they are doing an aerial dance!

Look at those glorious broad wings! 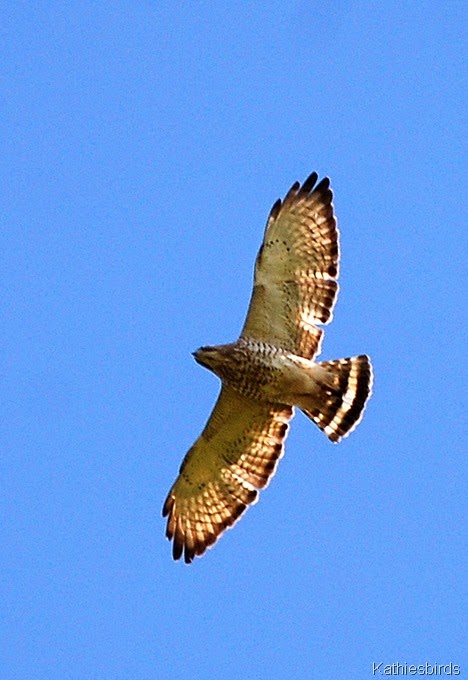 Two of the hawks looked just the same, like this one, but one of them looked different. If you look in the photo below, you will see one of the hawks has a more barred tail and a translucent area near the tips of its wings. It is also molting, so it is missing a couple of its flight feathers and tail feathers. 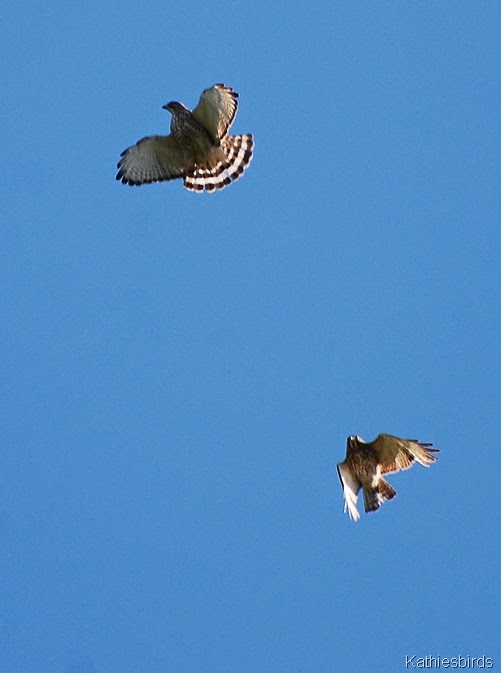 Adult above, Immature below.

At first I thought maybe the third hawk was a Red-shouldered hawk, because they have translucent comma-shaped areas at the tips of their wings, but this just didn't look right for a Red-shouldered hawk. Further research revealed that this was a immature or sub-adult broad-winged hawk. You can see the same shape and the same pattern on its throat and breast. 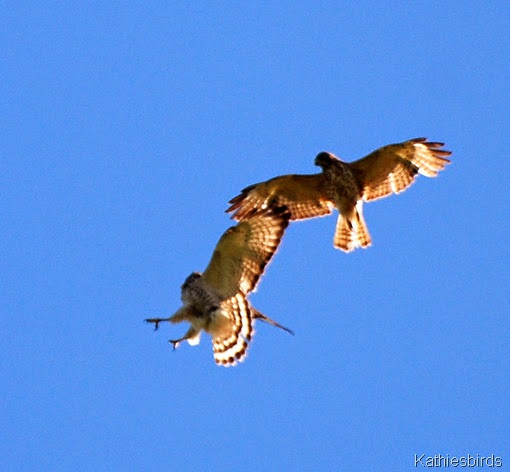 I think the parents were flying and playing with their child!

Then, on Monday of this week, I saw two of these three hawks flying over my yard once again. I think they were the same family because this immature Broad-wing came flying over the treetops again missing the same feathers in its wings and tail!

I posted this story to my Facebook page of my birding experience on that day with just a few more details here:

So, it’s Monday and I am doing housework when I hear a Black-and-white Warbler out the open window. I rush outside to see it when a Black-billed cuckoo flies across the yard. With bins and camera I follow the cuckoo to the caterpillar infested oak tree it has landed in, hoping for a picture. It, however, disappears deeply into the foliage. As I stand there searching the tree for the cuckoo a Red-shouldered hawk drifts overhead to the southeast! Then, as I turn away from the Red-shouldered Hawk, I suddenly see an adult Broad-winged Hawk soaring at the Northwest corner of the yard! As I am watching it, the same juvenile comes gliding over the treetops from the east towards the adult at the Northwest! How am I suppose to finish my housework with all of this going on? 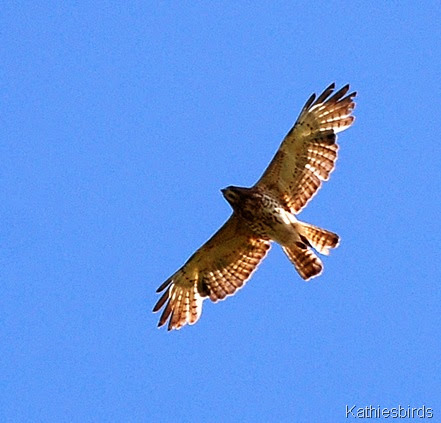