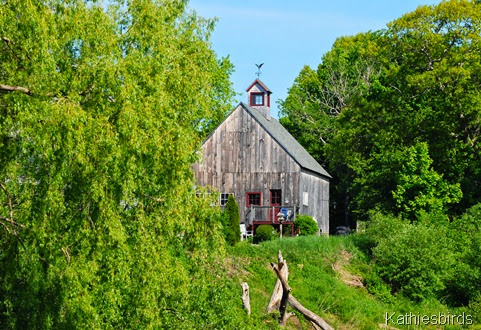 When I drive down the hill towards Wharton Point, this old barn is one of the first things I see. In the winter it blended in to winter gray and was hidden somewhat by snow and snow piles, but now the snow is gone and spring has brightened the surroundings to a lush and verdant green that frames it nicely. I could not resist taking a picture after I pulled in to park at Wharton Point. 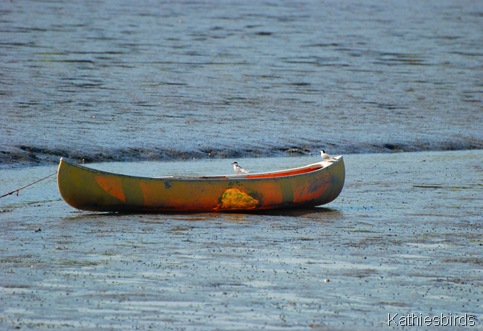 As soon as I pulled up I was surprised by the mudflats that stretched out before me at least as far as a football field. Farther out in the mud I could see men in boots digging for clams, but I was much more interested by the birds in the fields and marshes around me. Song sparrows sang from the nearby bushes. Bobolinks fluttered in frenzied flight over the flowered fields that ran down to the shore, their electronic songs sounding alien and alive as they drifted over the tall grasses. I have to say that bobolinks are one of my favorite birds after first learning about them in 2009 at the New River Birding and Nature Festival in West Virginia. I never dreamed I would live somewhere where they surrounded me. I have seen and heard them on Mere Point Road, at Crystal Springs Farm and at Brunswick Landing. All of these places are eBird Hotspots and places that I now bird all the time. All of them are 15 minutes or less from my current home. 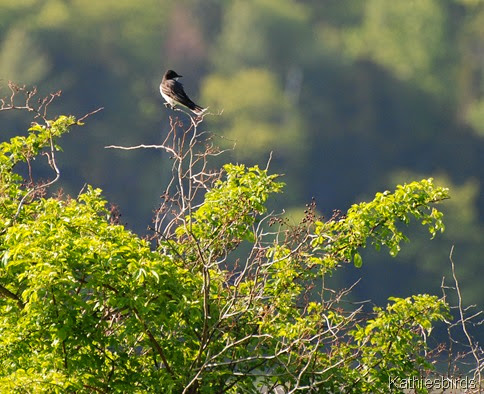 I was focusing on the yellow canoe out in the mudflats when a bird flew past my lens and landed in a nearby bush. A quick glance revealed an Eastern Kingbird alighting on a topmost twig. Eastern Kingbirds and Eastern Phoebes might be easily confused by those new to birding, but the kingbird has a totally different posture, perching more horizontally than a phoebe. It also is a sharper contrast of crisp gray and white, and if you look closely you can see the end of its tail looks as if someone has dipped it in white paint, a characteristic field mark for this species. However, while I was entranced with the kingbird and trying to get some decent photos of the terns something else was going on behind me. After snapping off quite a few shots of the terns I was surprised when I turned around to see a large, black and white bird perched on one of the rocks that align the boat ramp. 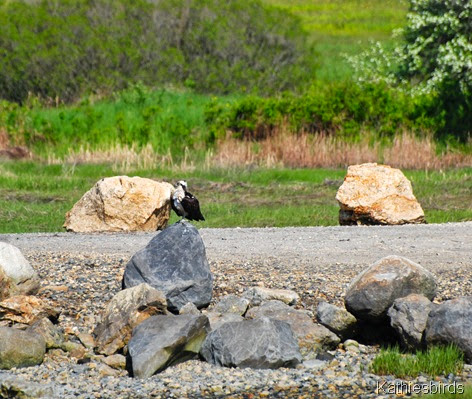 Apparently an osprey had landed silently behind me! It looked so nonchalant until I took a closer look and saw it had a fish pinned to the rock. 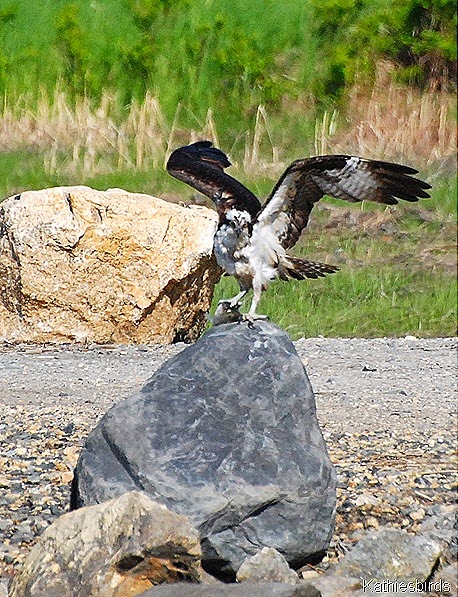 I was approximately 75 feet or more away from it and as I was snapping these shots a car pulled in and parked about 20 feet away from the bird! I though sure the bird would fly but the people inside saw it and slowly rolled down their window, pointing at the bird. Eventually they even got out of the car with a toddler and the osprey still remained on its rock. I thought I might get a shot of it as it lifted off, but after waiting and waiting I decided to head back to my car. the next time I looked up it was gone. 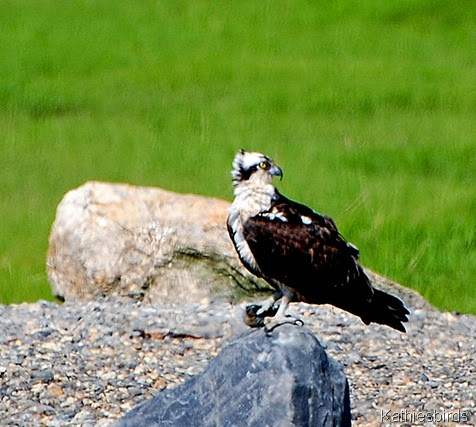 I spent about an hour here counting birds. For awhile I was here by myself and I liked it that way, but eventually others starting coming and I decided to leave. I started my count at 8:04 AM and counted 21 species of birds. 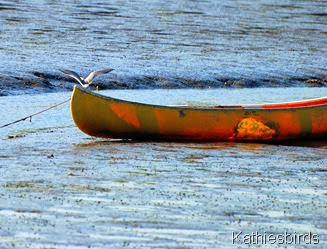