Spring Migrants in the Yard 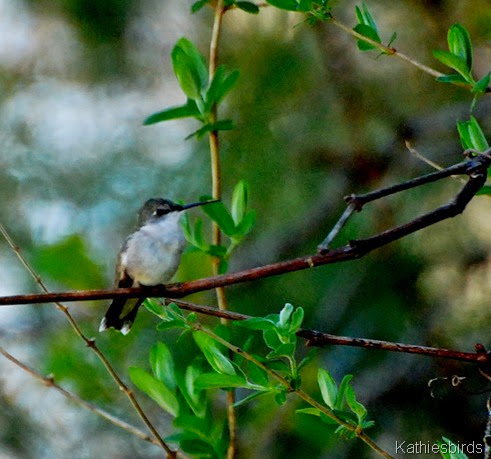 Once the snow melted and the birds started arriving it was just plain chaos around here. I had so many new birds in my yard that I often submitted 3 to 4 bird counts a day. I found it hard to get anything done, including blogging, because I was often out watching birds. It started with American woodcocks in early April. I hoped to get a photo but since they are most active at duck, that did not happen. Still, for a few night you could find me out on my front lawn, head tipped back and mouth open as I watched them fly overhead and I listened to their calls. Being new to Maine birding, I had hoped this would be a nightly display for the rest of the summer, but alas, it only lasted a couple of weeks, and then it was over. While the woodcocks may still be around, they are a lot harder to find nowadays! 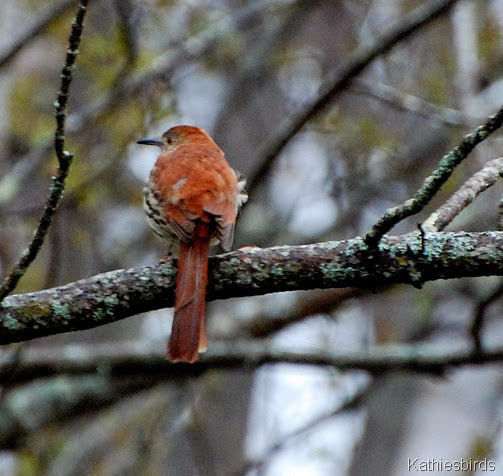 Waves and waves of sparrows moved through my yard with White-throated, Savannah, and White-crowned sparrows. fox sparrows were here for about two weeks, then they were gone. Eastern Towhees passed through as well, but I only saw them once or twice and I have not seen or heard any since. I was wondering if I would get to see a Brown thrasher, and I asked Don Smith, a birder I recently met and went birding with. he told me they are here in Maine, but a bit hard to find as they are so secretive. However, on the same day I asked him I found one in my yard under the pine tree by the back door after I returned home! It was here for about two days, then it, too, was gone. It was my first Brown Thrasher in Maine and I saw it in my own back yard! 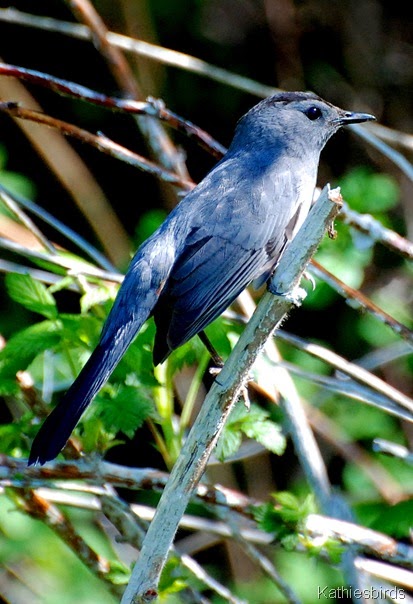 Gray Catbirds arrived on May 10th and have been here ever since. 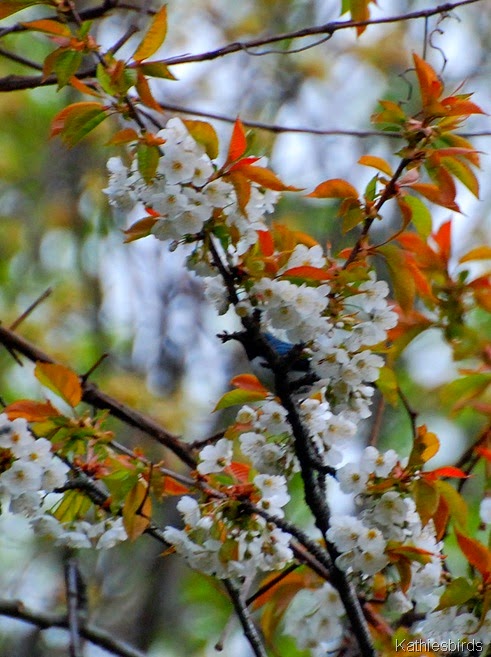 I was stunned the day I looked out and saw a black-throated Blue warbler in my yard. Can you see it in this tree? 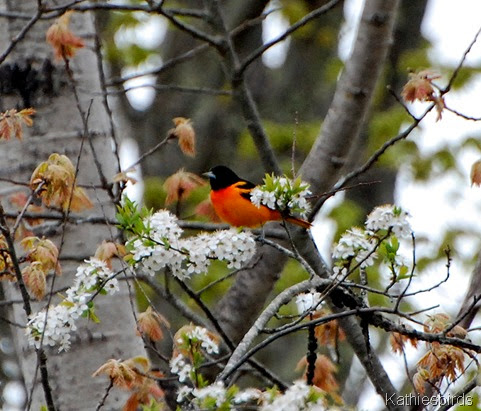 The orioles were around for about two to three weeks on a regular basis, but now I only see or hear them occasionally. 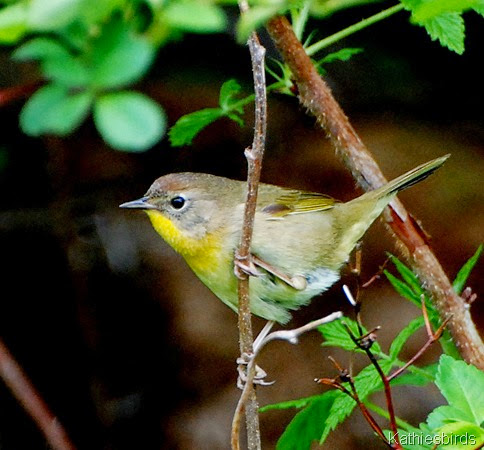 I loved having the Common Yellowthroats in my yard. I saw them here for several days working their way through the low bushes. They have now moved across the street to the boat launch and I see and hear them over there almost every time i visit and count birds. 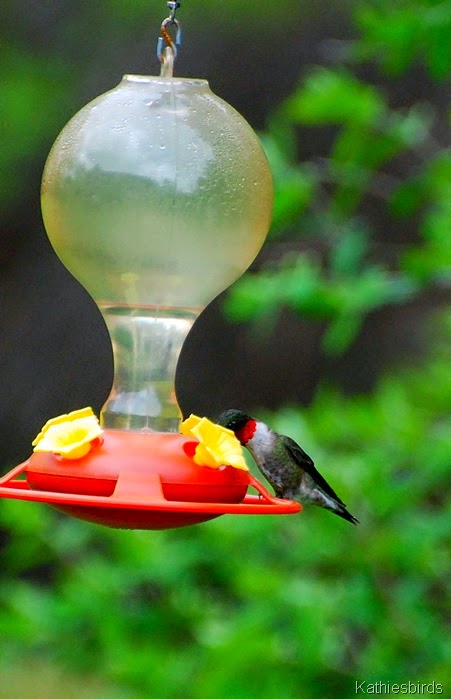 I was not sure If I would get hummingbirds out here on the point or not but they did arrive and a few have stayed around. I set out three feeders at first, but they do not visit them enough to make it worth maintaining them all. In fact, this is the only one of the three they seem to like, so I took the others down, including my pretty blue glass feeder, which they have never used. I usually see at least one hummingbird a day, sometime two or three. The most I ever saw was four birds, but that was only once. Still, I will take what I can get, but it does make me miss the four to five species that would visit my feeders in Tucson! 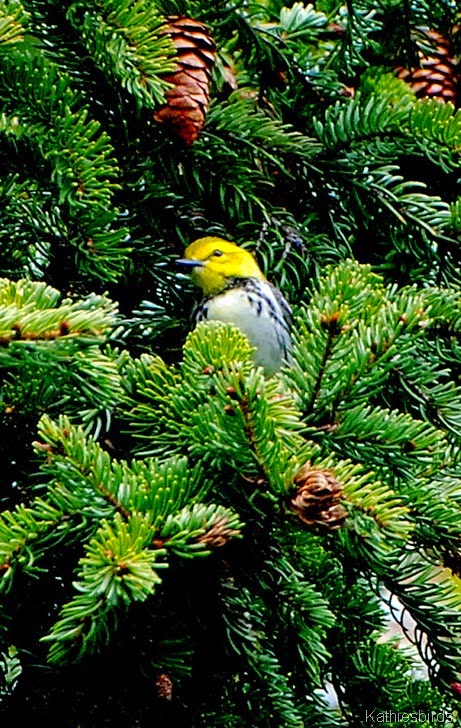 I am still seeing and hearing this warbler species in my yard and all over Maine. 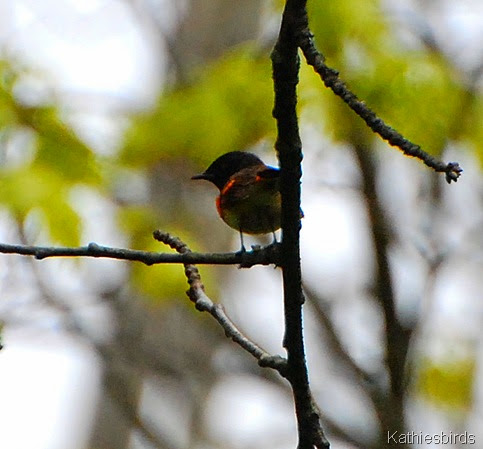 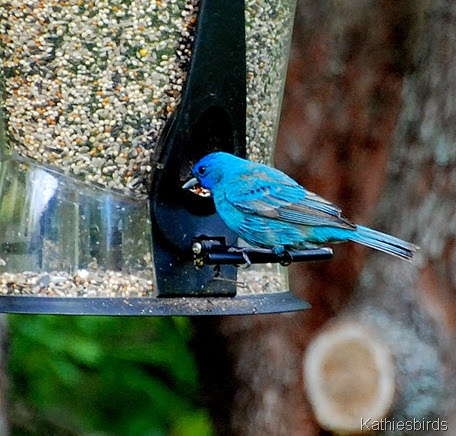 The Indigo Buntings arrived on May 15th and stayed around for about a week. I only saw a female once at the top of a tree with a male. The males were the only ones I ever saw at my feeders and I have not seen one in the yard since May 28th. 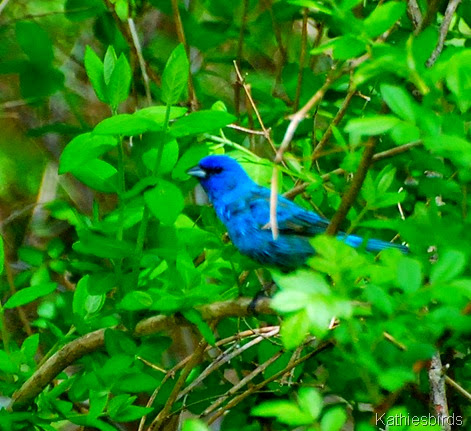 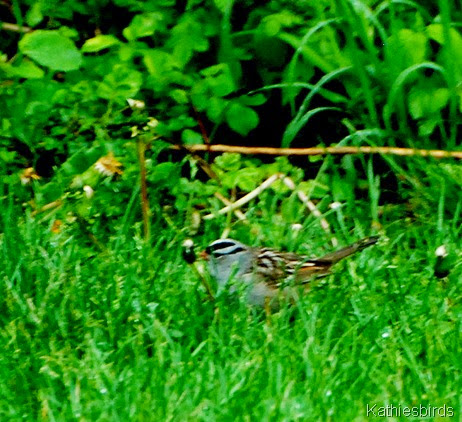 I had a couple of White-crowned Sparrows move through at the beginning of May, but when once showed up on May 27th it was flagged by eBird. I set out to get a photo and shot this photo through the picture window the next day as the bird nibbled on dandelion seeds beneath the feeder. It stayed around for two days and then it was gone. These photos are my proof I saw it! Notice the bold black and white stripes, the lack of a white throat, and the pinkish-brown bill! 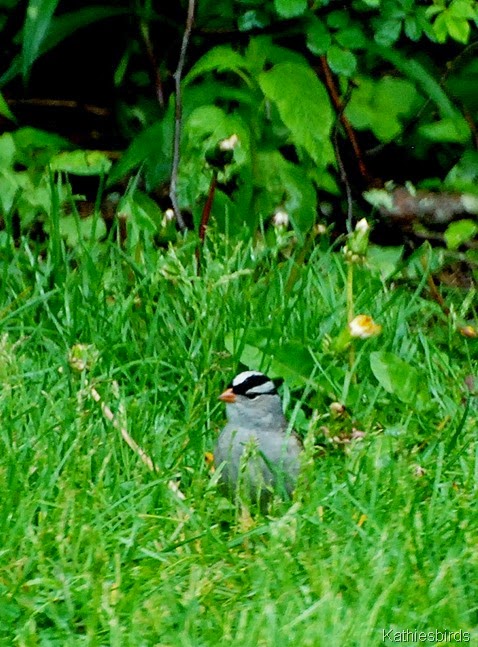 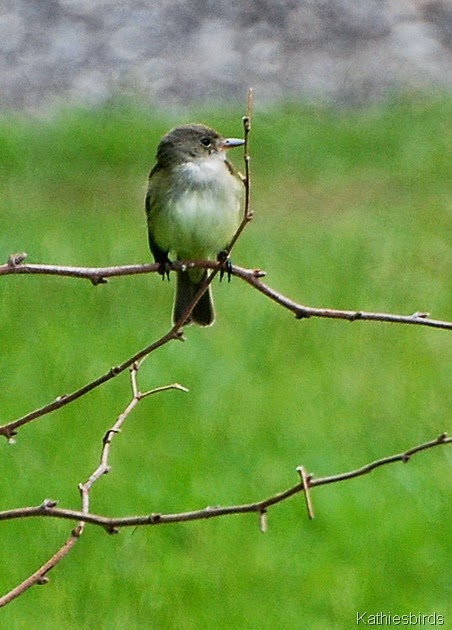 I think this was a Willow Flycatcher from the call I heard it make. I am still learning my eastern empids and I know I have a ways to go, but here is proof they did pass through my Mere Point yard! May was an exciting month on Mere Point. Below is a list of all 35 bird species I added to the yard list during that month. 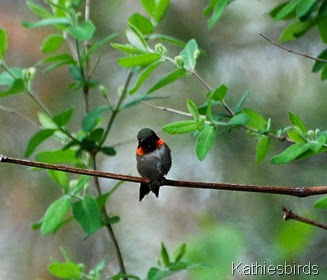