Notes From My Nest: Family 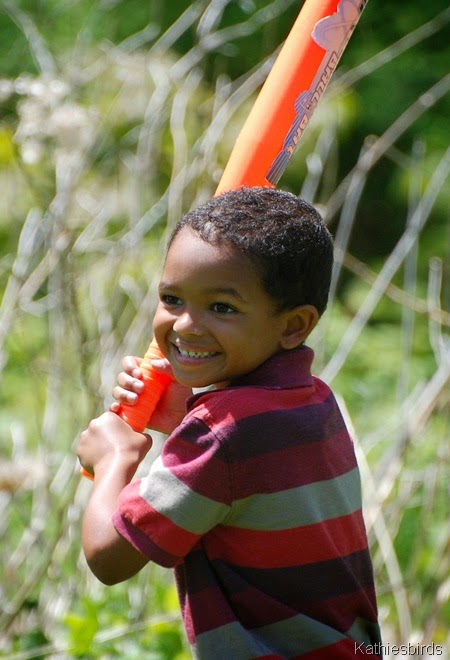 One of the reasons we moved back to Maine was to be near family. Both Gus and I have most of our family here on the east coast, but we do still have some in other parts of the country. When Gus and I left Tucson, we left our oldest son and our grandson behind. Xavier lives part time with his dad in Tucson, and he spends the summers here on the east coast with his mom and her family. Earlier this month it was time for Xavier to return to his mom, and it gave us a chance to see him again after living with him for 18 months and then leaving him behind when we moved in February. We were only able to see him for a few days before it was time for him to go to his mother’s, but I have high hopes that we will see him again before the summer is over.

Besides spending time with Xavier and my son, I have also made several trips to CT to see my Mom and some of my siblings. We have been to see Gus’ family here in Maine several times already, but it was made even more urgent when my father-in-law fell and broke his right arm just below the shoulder. An emergency operation was performed and pins put in to keep his arm stable until it healed. However, he is still too weak to go back home, necessitating a stay in a rehab center. Though the center is very good, it is hard to see him there when all he wants to do is go back home. Dad is 84 years old now and had survived the Korean War, four kids, 62 years of marriage, 2 Triple bypass surgeries on his heart and a stroke! He constantly amazes me with all he does. He’s a tough old sailor who just wants to continue taking good care of his family, which he has always done.

Ever since moving here it seem to me that the days have just flown by! When there is a lot going on I do not have time to sit and blog like I would like to. I still need to get more boxes unpacked. I still do not feel like I have settled in! I am constantly amazed at seeing all the green around me after having lived in Tucson for 18 months and then moving here in February. I remember there were times when I thought the snow would never melt and go away and I tried to imagine what it would be like when all of this turned green! I find that after all the sunny, hot and dry days of living in the desert I have come to appreciate the cool gray, rainy days of New England! However, I DO NOT appreciate the ticks, which are as thick as fleas here in Maine! It has caused a debate here in our house: Which is worse, ticks or scorpions! While scorpions seem more scary and deadly, I can say I have never met anyone who has been stung by one. While here in New England I have many friends and family members who have contracted Lyme disease from being bitten by deer ticks. I have already pulled several ticks off my clothing and one got embedded in my flesh, but it was a dog tick and not a deer tick. Still, it’s frustrating when all I want to do is be outside and everything outside at this time of year wants to bite me and suck my blood! Besides the ticks there are also mosquitoes and black flies! But I knew it would be this way before we even moved back. I knew what I was getting into.

I have also had the opportunity to meet up with other bloggers and friends, and then, in less than a week, my friend and birding buddy, Chris Rohrer will be arriving for a two week visit! We will be birding like crazy trying to get him Life Birds and hopefully I will get a few as well. My Life List currently stands at 469 species of birds. I only need 31 more species to reach 500, which is approximately half of all the species that can be seen here in the United States. I know that I will have to travel to Alaska and a few other places to reach the 1000 possible species and I do not know if I will get them all before I die, but I sure do plan on having fun trying! Meanwhile, I do not think there will be much blogging going on while Chris is here! Because, besides all the birding, there will also be our annual family event, The Adams Family Road Race! I will probably be walking it this year, but before the race even starts, I know that Chris and I will be birding!

Family and friends; it’s what life is all about for me, as well as the birds.