Stirling Bog Before the Storm 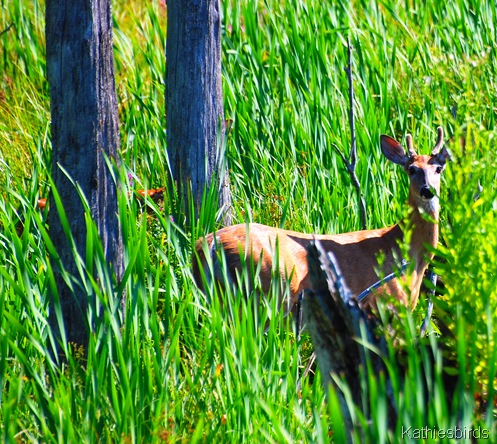 Eastern White-tailed Deer 8-26-11
I’ve been to the bog twice this week before the predicted hurricane arrives. Though the summer is winding down, I know fall migration is about to begin and I am hoping to see more species here at the bog. 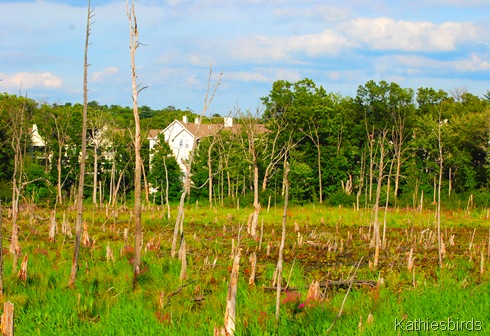 Summer Green Bog 8-24-11
It is quiet now when I visit the bog. I spot most of the birds when they fly and not by voice, except for the mallards, which always seem to have something to quack about! The brown and gray bog of winter and early spring has now given way to bright greens, rich browns, silver trunks, and a rainbow of wildflowers. 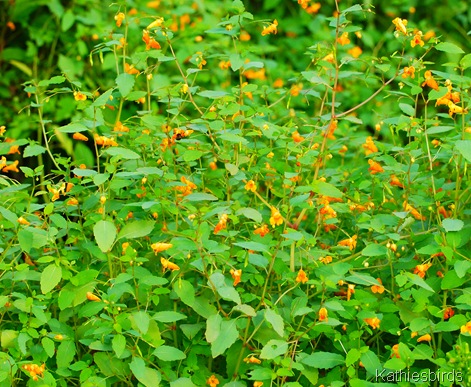 This weed now fills the edges of the bog blocking my way and my view of areas that were revealed to me before. 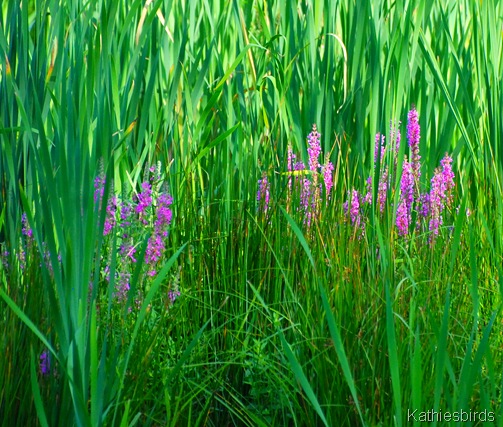 Purple Loosestrife now dots the landscape, and though considered an invasive weed, it sure does look pretty against all the greenery. 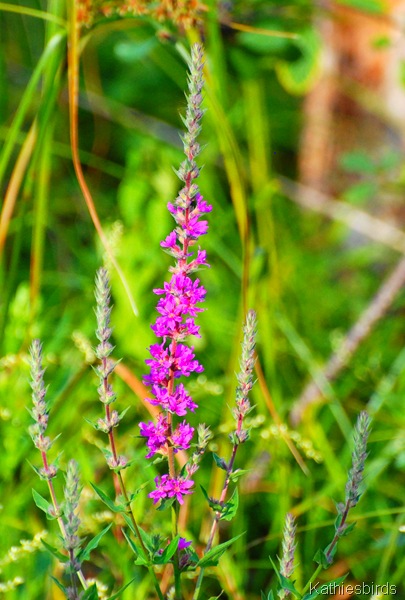 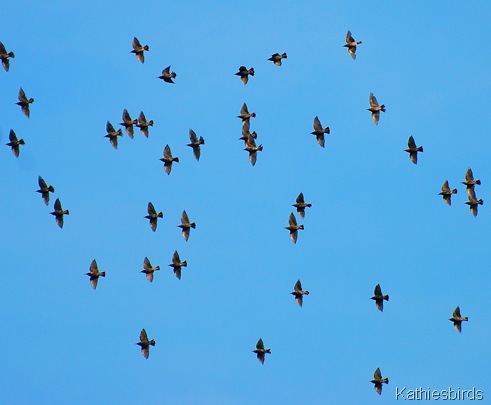 Though most of the blackbirds have already moved on, I did find this flock of starlings filling the cerulean blue sky. 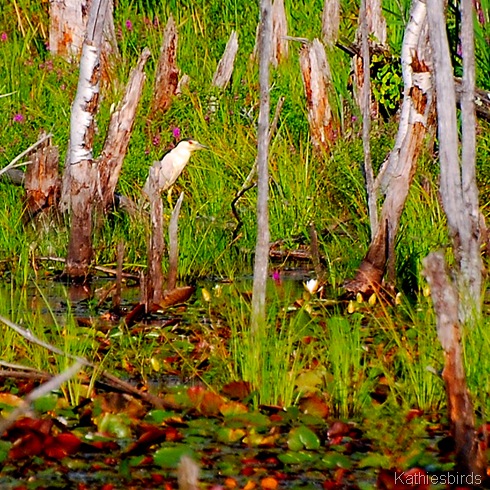 On four of my last five visits to the bog I have spotted Black-crowned Night Herons. They usually fly far away from me and this one was no exception. It flew to the far eastern edge of the bog, but I zoomed in as much as I could and snapped a picture of him trying to blend in with the stumps. Do you see his red eye? 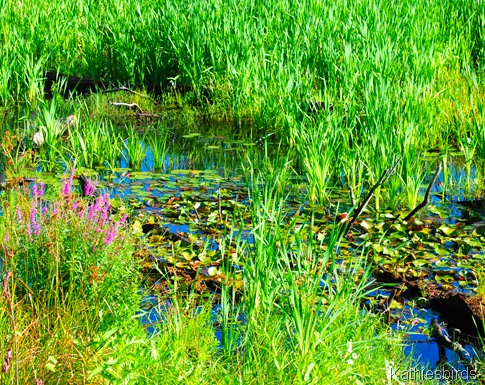 We have had a lot of rain lately already and the bog is full of water. I wonder if it will be able to absorb the predicted downpours from Hurricane Irene. 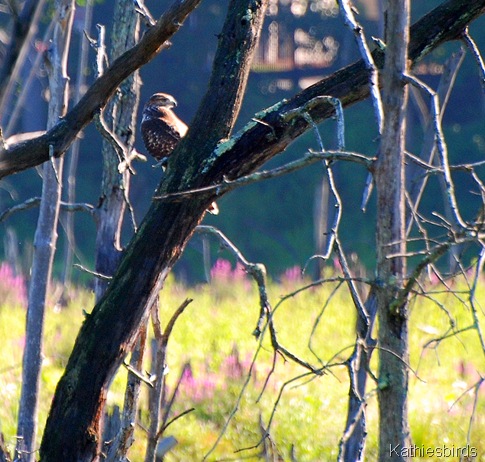 Red-tailed Hawk 8-26-11
Either a young or a pale red-tailed hawk flew in and hung around the bog the whole time I was there on the 26th. He swooped and dove and chased mallards up and down the swamp for an hour, landing in the trees directly over them and staring as if he didn’t know what to do with them. It was if it knew it wanted one but didn’t quite know how to go about the operation. For such a majestic bird, it was pretty comical! 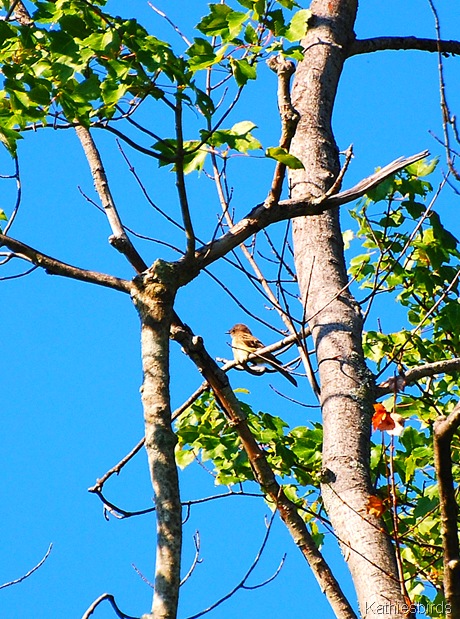 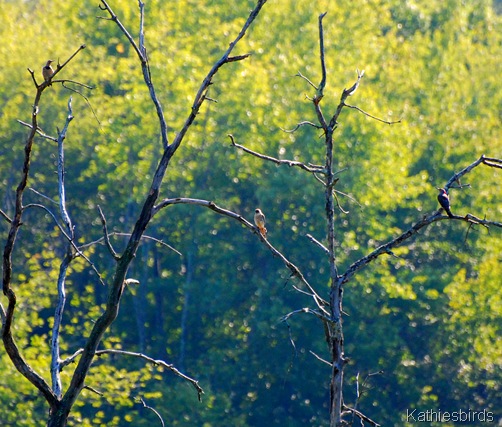 Kestrel and two flickers in trees 8-26-11
Then, to my utter surprise a kestrel showed up! While the red-tailed was occupied with the ducks, the kestrel decided to play tag with some Northern Flickers! I watched them chase each other around the bog for 15 minutes! 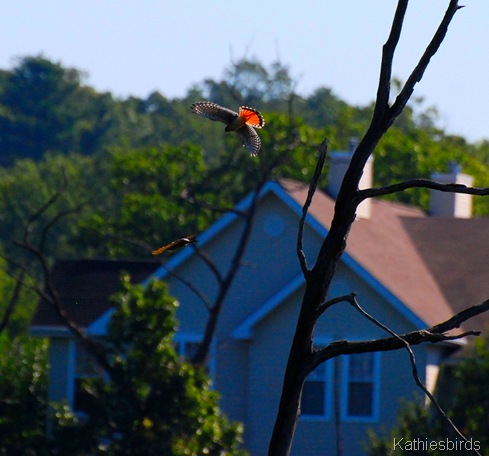 Kestrel in flight 8-26-11
Just look at that magnificent tail! The kestrel is a new species for the bog. 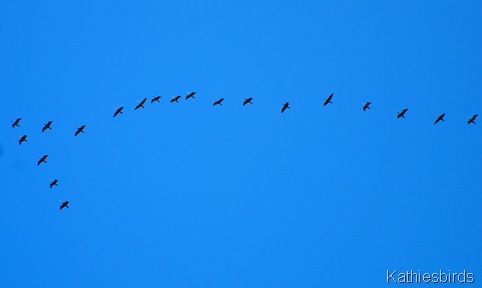 Then, I saw a flock of something fly up into the sky in a ragged line at the eastern edge of the sky. 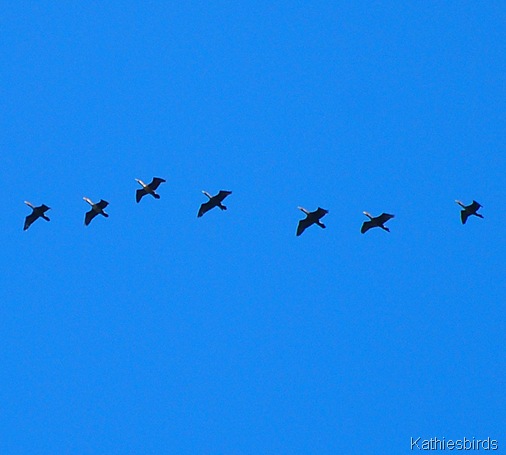 It wasn’t until it started flying my way that I was able to distinguish what species I was seeing. 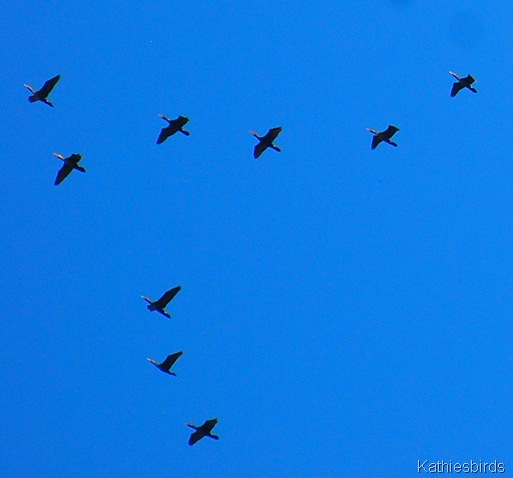 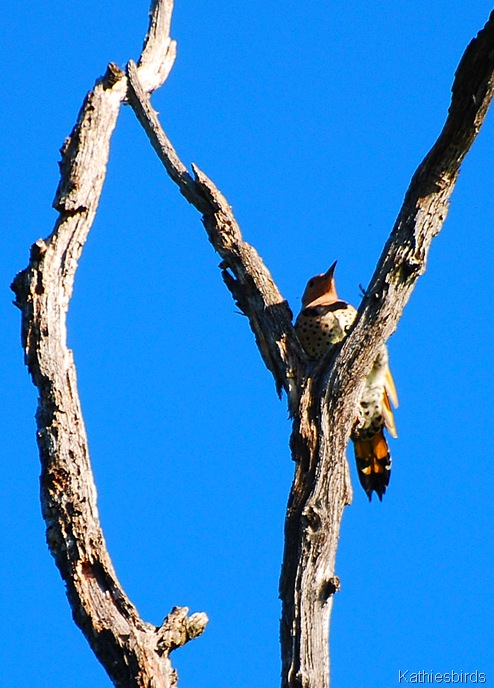 One of the Yellow-shafted Northern Flickers resting after chasing and being chased by the kestrel. 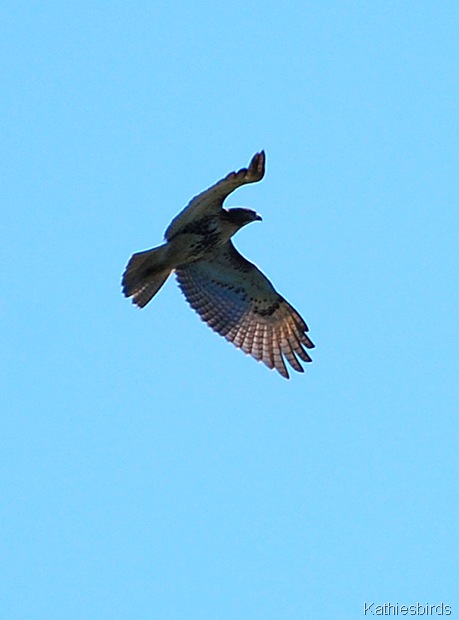 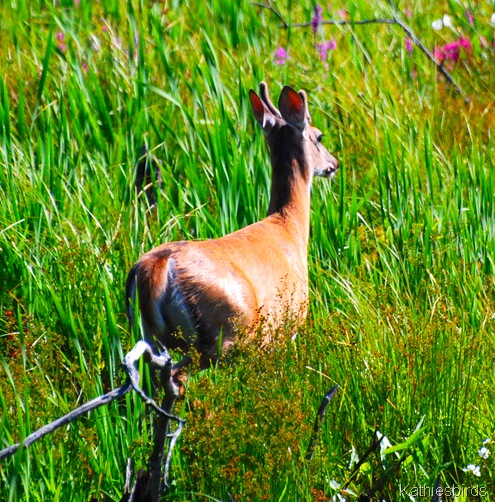 White-tailed deer 8-26-11
I have been coming to the bog for almost a year now but have never seen a deer here or anywhere in the neighborhood until today. This young buck popped out from behind a tree right in front of me! I was breathless in wonder as I watched. If you scroll back up to the photo at the top you will see a spotted fawn hiding behind the tree! 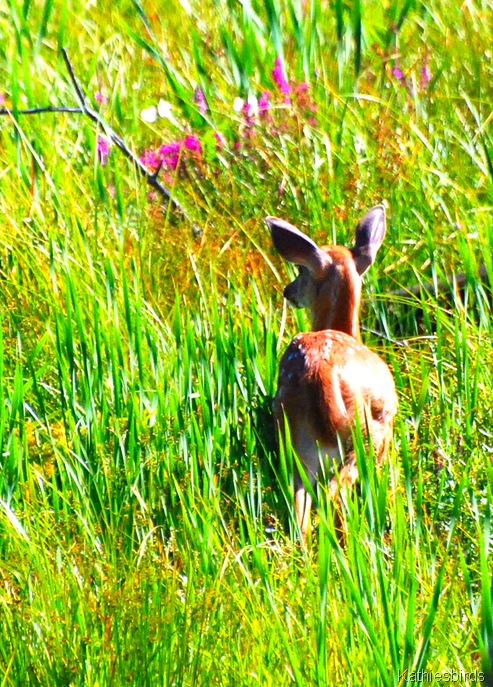 White-tailed Deer Fawn 8-26-11
I did not see this little one until it emerged from behind the tree. The two of them stayed together as they traveled across the swamp, the fawn always following the young buck. 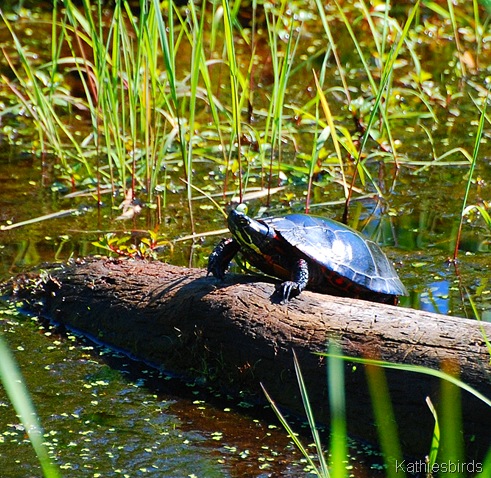 Painted Turtle (Chrysemys picta) 8-26-11
If the storm is coming, this turtle doesn’t seem to care! He’s just soaking up some sun before it arrives! 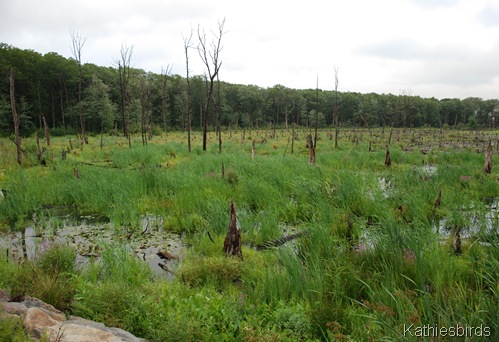 Bog in evening on 8-28-11 after Tropical Storm Irene
Tropical Storm Irene did not hit here nearly as hard as some other places. Though we got some wind and rain, it did not flood the bog and I did not see any unusual birds here that night or since. Still, things are changing at the bog. I have not seen a Song Sparrow in weeks. The Red-winged Blackbirds and most of the grackles are gone, while Black-crowned Night Herons have arrived as well as more and different raptors. I saw a peregrine falcon fly over on the 24th and a Belted Kingfisher flew towards me before veering away on that same day. I tried to get a photo but it was too fast. Still, for the month of August I added 6 new species to the Bog Life List. Not too bad!
New Bog species seen in August: (view the complete list in the sidebar)
Posted by Kathie Brown at 3:01 AM